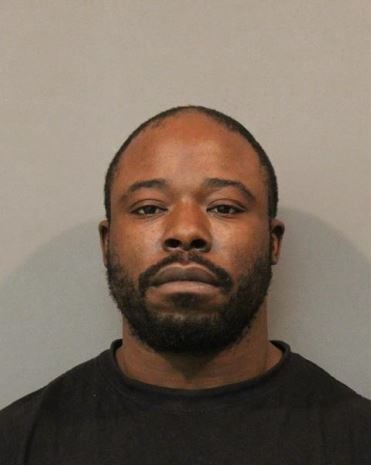 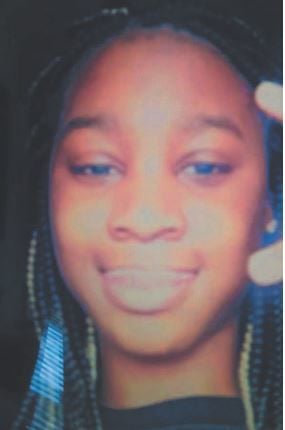 Takaylah Tribitt, 14, of Chicago, was found dead by utility workers Sept. 16, 2019, in an alley near East 20th Avenue and Pennsylvania Street in Gary. Anyone with information about her homicide is asked to call Detective William Poe, of the Lake County/Gary Metro Homicide Unit, at 219-755-3852. To remain anonymous, call 866-CRIME-GP.

CROWN POINT — A 14-year-old Chicago girl was sexually assaulted before she was found shot to death and dumped in a Gary alley in fall 2019, her hands bound behind her back with a cord and another cord wrapped around her neck.

DNA from one of the cords linked Deonlashawn Simmons, 35, of Chicago, to the homicide of Takaylah Tribitt, 14, Lake Criminal Court records state.

Simmons was arrested last week in Chicago by members of the U.S. Marshals Service Great Lakes Regional Fugitive Task Force and extradited to Lake County to face a single count of murder. His case was unsealed Monday.

A Lake Criminal Court magistrate entered a not guilty plea on his behalf during an initial appearance Monday morning, online court records show. A public defender was appointed to represent him.

Besides DNA, investigators found social media messages linking Simmons to Tribitt in the days leading up to her homicide.

A witness told police Tribitt was last seen Sept. 12, 2019, in Chicago. Tribitt sent a text to the witness about 9 a.m. Sept. 13, 2019. Tribitt had been talking on Facebook with a man "Deon LaShawn," court records state.

Tribitt, who was reported missing by a Chicago shelter, was found face down with a gunshot wound to her head Sept. 16, 2019, in an alley near East 20th Avenue and Pennsylvania Street in Gary.

Investigators determined she had been sexually assaulted, but none of her injuries was consistent with a struggle or strangulation, records state. She was shot once in the left side of the head.

Police found a credit card on the ground near Tribitt's body that bore the name of an individual who shared the surname Simmons, records state. Police later learned Simmons' family lived near where Tribitt's body was found.

Simmons' phone was known to be in the area of Cline Avenue and Interstate 80/94 — less than 3 miles from the crime scene — on Nov. 14, 2019, according to court documents.

During an interview with detectives in September 2020, Simmons admitted he knew Tribitt and would give her rides, buy her food, and pay for her to have her hair and nails done, records state.

He said he knew his relationship with her was "going to be a problem" because of her age, but he denied he had any sexual contact with her, records state.

He admitted he was with Tribitt on Sept. 13, 2019, but he claimed she got mad at him and left, records state. He allegedly told police he found out about her death "the same (expletive day)," apparently referring to Sept. 13, 2019, when "it hit the news."

Tribitt's death was not reported until Sept. 16, 2019, the day her body was found by a utility worker.

Simmons could not explain why Tribitt, whom he had been in contact with, was found dead near his relative's home, court documents state.

He said he had not been to Indiana since December 2017, and he denied his DNA would be found on Tribitt, records allege.

When confronted with evidence his phone had been pinged within miles of the crime scene Nov. 14, Simmons dropped his head, asked exactly where and said he didn't see how it could be possible, according to court documents.

He claimed he had taken a trip to Fort Wayne, records state.

Simmons was visibly sweating during the interview, despite being given a blanket because of unusually cold conditions in the interview room, records state.

Simmons then told police a different story, saying he was in Gary on Sept. 13, 2019, and paid a woman for sex at a truck stop, documents allege.

Police executed a search warrant for Simmons' DNA at that time. Charges were filed Nov. 9, about a week after DNA analysis linked him to the homicide, records show.

A Chicago man was arrested Tuesday in connection with the homicide of a 14-year-old Chicago girl whose body was found dumped in an alley in Gary last year.

See an evening through the eyes of Schererville Police Patrolman Adam Biella. Video shot by Kale Wilk and produced by Nat Cardona. Interview b…

Jackpot switches often occur when the person who wins cannot legally claim the jackpot due to being in arrears on child support, records state.

The family has raised a $5,000 reward for information leading to an arrest and conviction in 23-year-old Tomi Curry's homicide July 27 in the 800 block of Ohio Street in Gary, police said.

Deonlashawn Simmons has pleaded not guilty to one count of murder in the shooting death of Takaylah Tribitt, 14.

Takaylah Tribitt, 14, was with a gunshot wound to her head in 2019. She had been sexually assaulted, her hands were bound behind her back and a cord was wrapped around her neck.

Takaylah Tribitt, 14, of Chicago, was found dead by utility workers Sept. 16, 2019, in an alley near East 20th Avenue and Pennsylvania Street in Gary. Anyone with information about her homicide is asked to call Detective William Poe, of the Lake County/Gary Metro Homicide Unit, at 219-755-3852. To remain anonymous, call 866-CRIME-GP.