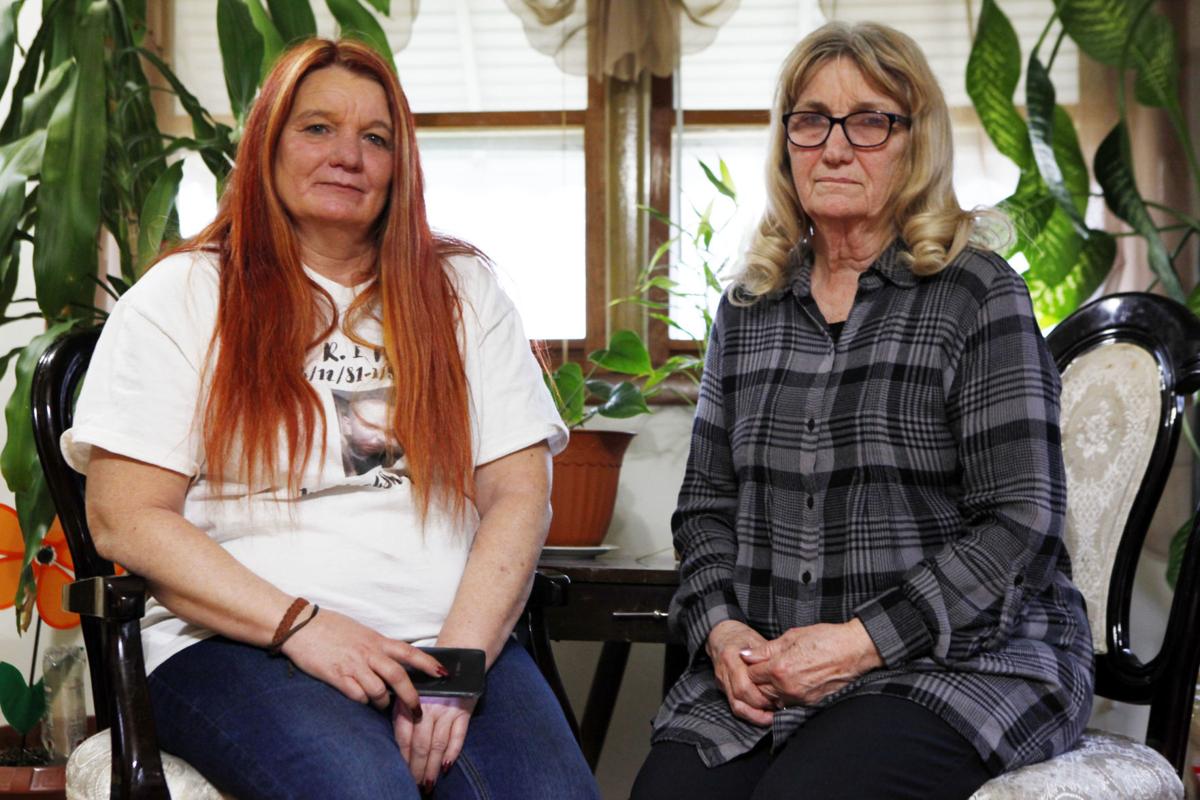 Marsha Hoernig, left, and her mother, Pat Deering, are seen in their Hammond home. Marsha's brother, Shawn Magerski, was killed in early 2017 in Calumet Township. The two believe police have a suspect, but no charges have been filed. 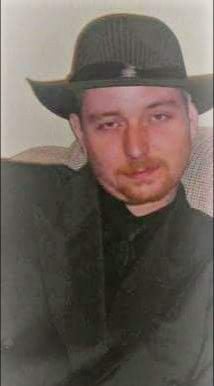 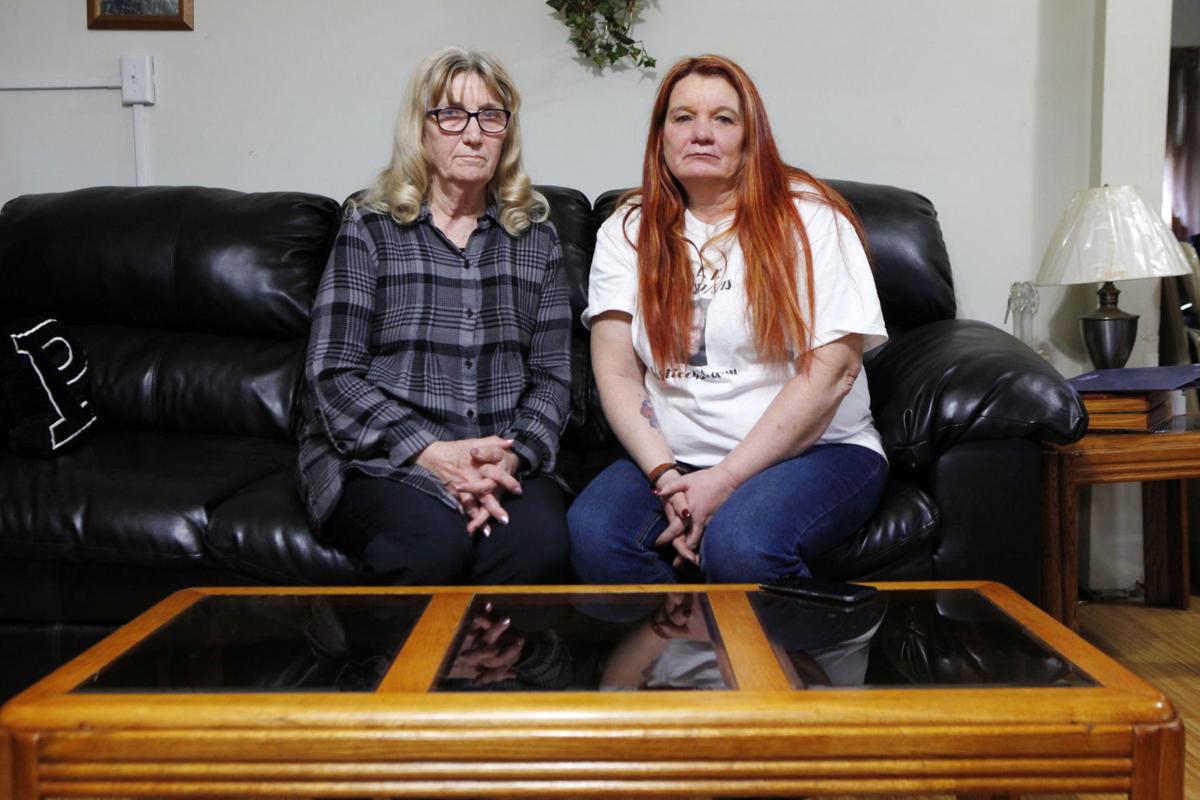 Marsha Hoernig, right, and her mother, Pat Deering, are seen in their Hammond home. Marsha's brother, Shawn Magerski, was killed in early 2017 in Calumet Township. The two believe police have a suspect, but no charges have been filed. 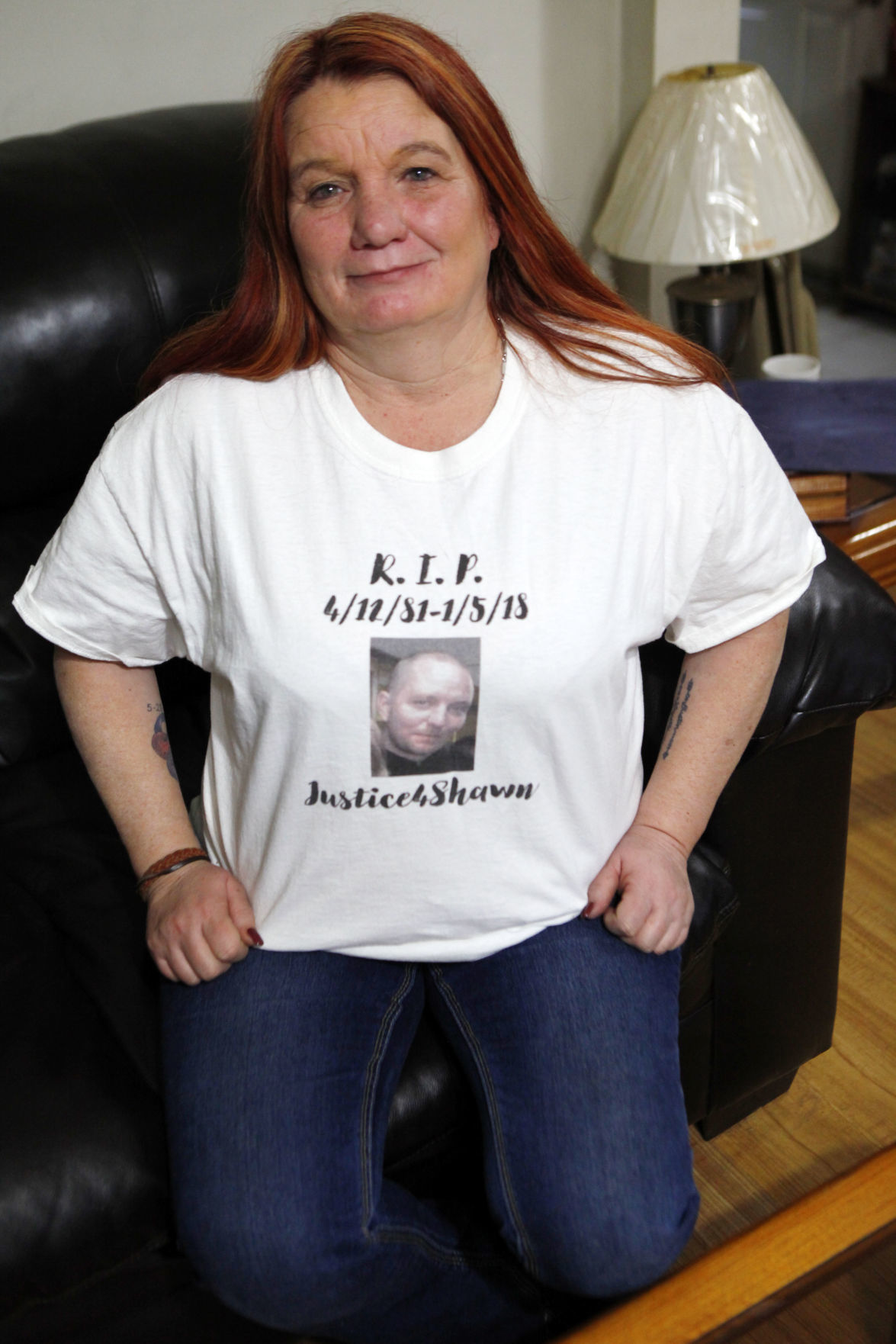 Marsha Hoernig, of Hammond, wears a T-shirt remembering her brother Shawn Magerski, who was killed in early 2017 in Calumet Township. Marsha and her mother believe police have a suspect, but no charges have been filed.

HAMMOND — During the 15 months since her brother was shot to death, Marsha Hoernig has become an investigator.

She has pored over every detail in the case of which she's aware.

And she has attempted, but not always succeeded, at keeping in regular contact with police and prosecutors.

After several months without any word on the investigation, Hoernig got a call April 5 from Lake County Prosecutor Bernard Carter as she drove away from her brother Shawn Magerski's grave site in Schererville.

It was 15-month anniversary of his death that day, and she had to pull over.

Carter told her his office will be taking the case to a grand jury within the next month or two.

"We have all we need. We know the target. We know additional targets," Carter said in an interview with The Times. "We're in a position to present it to a grand jury."

Prosecutors will be reviewing if there is a valid self-defense claim, based on the evidence and what a grand jury considers.

'He didn't deserve to die'

Magerski, 36, was a father of three children, two of whom he was raising alone.

He was killed Jan. 5, 2018,* just less than a year after their mother died, said his mother, Pat Deering.

He took his wife's death hard, but had been coming around just before he was shot to death in the 4300 block of Roosevelt Street in unincorporated Calumet Township.

He used drugs and alcohol and liked to party, but he also worked as a full-time ironworker, cared for his children, recently earned a bachelor's degree, paid his bills and even helped out at a local food pantry, his family said.

"He shouldn't have been partying that night, but he didn't deserve to die for it," Hoernig said. "There's just so many questions with the case."

Hoernig spoke with her youngest brother several days before his death, she said.

The night before his death, Magerski's family had a birthday party for his son.

After leaving his children in the care of a relative, he went out to meet a woman who had been repeatedly calling him during the previous few days, Hoernig said.

That woman later told police she shot Magerski inside the Calumet Township home in the early morning hours because she believed he planned to kill her, she said.

"My brother would not be planning on killing you the day of his son's birthday," Hoernig said.

Magerski may have dated the woman at one point in the past, but was never serious about her, family members said.

'An ongoing torture for us'

Perhaps the greatest injustice is that Magerski's children don't understand why it's been so long and no charges have been filed, Deering said.

"No matter what their father was to everyone else in the world, he was their dad," she said.

When The Times contacted Hoernig, she and Deering and had been feeling hurt because the prosecutor's office had not returned Hoernig's calls since meeting with them in December.

"This is an ongoing torture for us," Hoernig said. "We can't even begin to find closure until they at least try to hold someone accountable for this."

Deering said all the family needed was a phone call.

"We're not the one who did the crime. We're hurting worse than the victim because we need answers," she said. "So if you can't give us an answer, please keep in touch with families and let them know that the victim was important to you. He wasn't just nothing."

The Sheriff's Department turned its investigation over to the Lake County prosecutor's office in January 2018, spokesman Emiliano Perez said.

Carter said Deputy Prosecutor Eric Randall has had numerous discussions with the family, but he had nothing new to report in the past few months.

Carter's office handles about 5,000 felony cases a year, but takes only about a handful of murder cases to a grand jury each year.

"We don't take a lot of cases to a grand jury, but this is a classic case for a grand jury to hear," he said.

Hoernig said she recently spoke with Randall, who apologized for the lack of contact.

She had mixed emotions after learning the case would be presented to a grand jury.

"I'm just glad they're taking this step," she said.

Perhaps because Magerski was the youngest of his siblings, he got along with all four sisters and three brothers, Hoernig said.

After he was killed, each sibling took on a role. One helped with Magerski's children, others cleaned up his home, others paid the bills.

Hoernig moved back to the Region from Texas to help seek justice, she said.

"I feel like I'm a failure to my family if I don't get somebody held accountable," she said in an interview, before learning the case would go to a grand jury. "So far, I'm the only one who hasn't come through for anybody."

Against the advice of family and friends, Hoernig did her own investigating.

One of Deering's friends in Gary's Black Oak section warned her to tell Hoernig to quit asking questions.

Deering said the family would rather see the case prosecuted and any possible defendants be acquitted than see no charges filed at all.

Magerski was 36 years old, had three children and should not be gone, she said.

"It's been over a year, and there's not a day goes by that I find it hard to believe that he's not here," Deering said. "It doesn't ever get any better. For those who say time makes it better, it doesn't."

* Editor's note: This story has been updated from a previous version to correct the year Shawn Magerski died. He was killed Jan. 5, 2018. The Times regrets the error.

More in This week in local crime news: 'Ma, she ain't dead yet': Family trio kidnaps, blindfolds, shoots relative of a witness, police allege (42 of 43)

HAMMOND — A 27-year-old man was wounded in a shooting early Sunday in the city's Hessville section, police said.

A violent start: Homicides, shootings up so far this year in Gary

'I just want to know': Mother's quest for answers about son's murder doesn't end in courtroom

Another violent year in Gary leaves families with many questions, few answers

Marsha Hoernig, left, and her mother, Pat Deering, are seen in their Hammond home. Marsha's brother, Shawn Magerski, was killed in early 2017 in Calumet Township. The two believe police have a suspect, but no charges have been filed.

Marsha Hoernig, right, and her mother, Pat Deering, are seen in their Hammond home. Marsha's brother, Shawn Magerski, was killed in early 2017 in Calumet Township. The two believe police have a suspect, but no charges have been filed.

Marsha Hoernig, of Hammond, wears a T-shirt remembering her brother Shawn Magerski, who was killed in early 2017 in Calumet Township. Marsha and her mother believe police have a suspect, but no charges have been filed.