No one hurt in explosion in slag pit at Region mill, company says 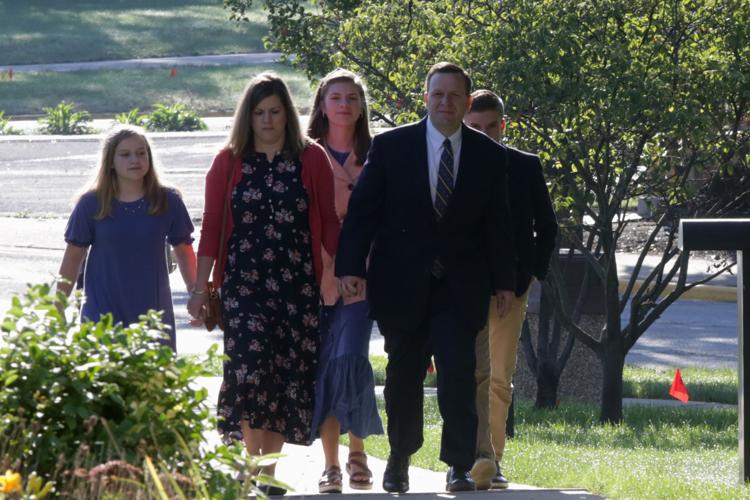 Former Mayor James Snyder walks to the courthouse to be sentenced on federal bribery and tax violation charges. 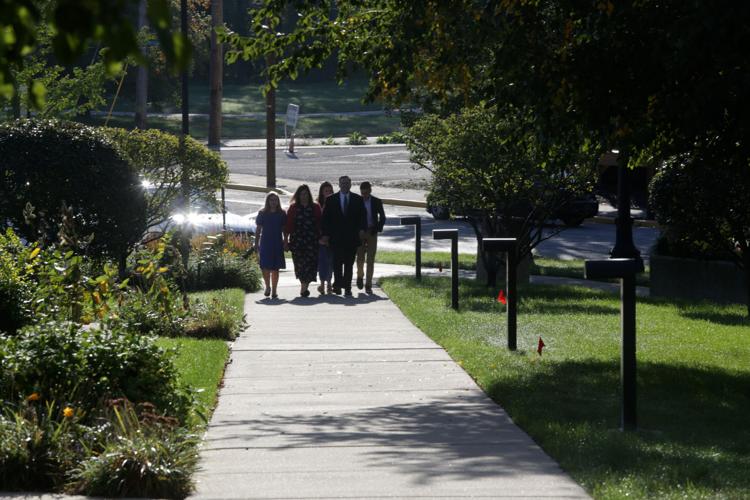 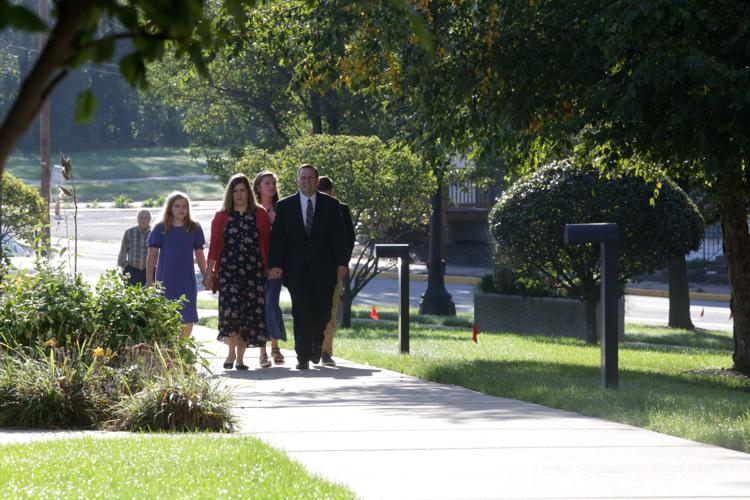 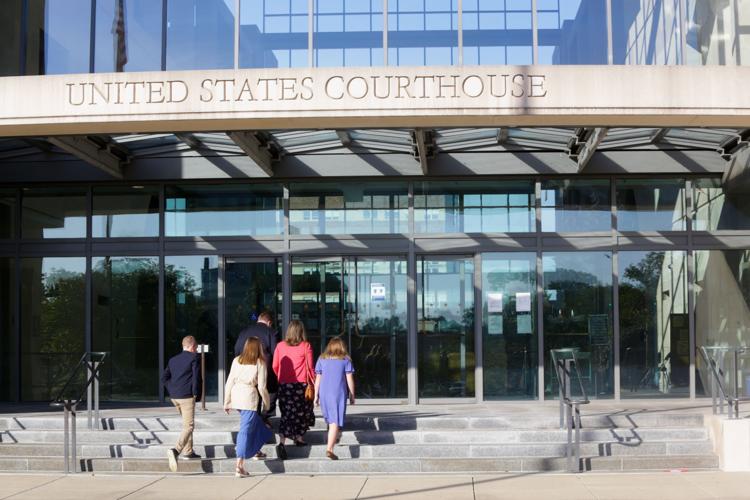 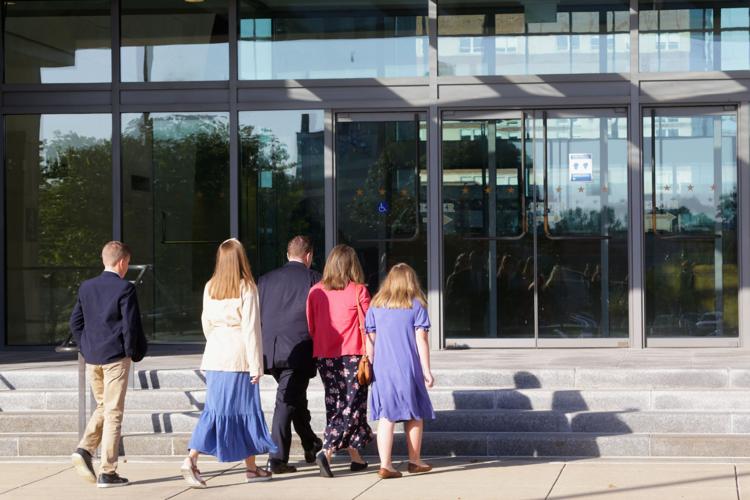 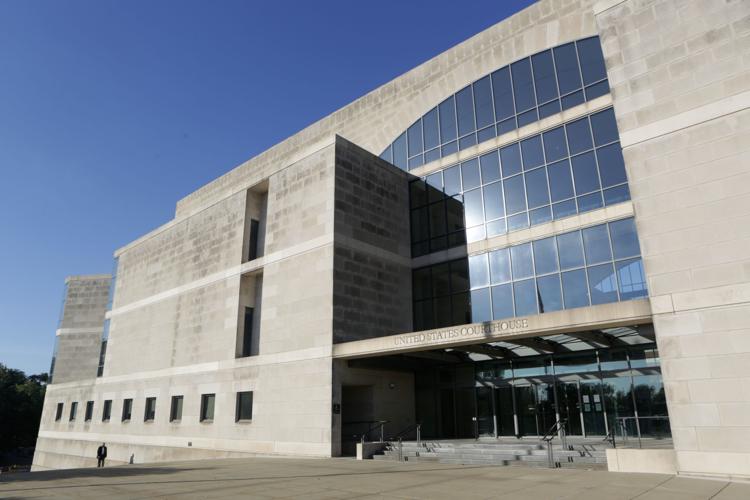 HAMMOND — Nearly five years after he was indicted and following two trials, former Portage Mayor James Snyder was sentenced after a day-long hearing Wednesday to 21 months in prison and one year supervised release on federal bribery and tax violation convictions.

In imposing the term, which was well below the recommended sentencing guideline of 46 to 57 months, U.S. District Judge Matthew Kennelly said that Snyder's offense appeared to be an "aberration" in his life.

Yet Kennelly, a judge from the Northern District of Illinois called in to handle the local case, rejected the defense's call for no prison time, saying the sentence was necessary as a deterrent to public corruption.

The judge further said probation alone would not be appropriate because Snyder, a 43-year-old Republican, had lied to investigators and sought to influence others to "defeat the truth-seeking process" in his case.

"That says something about Mr. Snyder," Kennelly said.

The judge told Snyder of his right to appeal and gave him until Jan. 5 to surrender himself to begin his prison term.

Current Portage Mayor Sue Lynch, a Democrat, was not happy with the outcome of the case.

"This verdict is no vindication for the citizens of Portage and it is unfortunate that this ruling has made a mockery out of the justice system," she said when asked by The Times for comment. "To say I am disappointed in Judge Kennelly's ruling is an understatement."

"The city of Portage has endured five long years of of being drug through the mud, and our image and the office of mayor has been tarnished for years to come," she said. "This ruling is nothing more than a slap on the wrist to someone who recklessly spent taxpayer dollars and left our city with embarrassing state board of accounts reviews, a lowered credit rating and a nearly empty bank account when we came into office."

Snyder was twice found guilty of soliciting and accepting a $13,000 bribe in 2014 in return for steering a $1.125 million garbage collection contract for the city of Portage to the local Great Lakes Peterbilt company.

Snyder told the judge Wednesday afternoon that he saw a garbage truck when leaving his Portage home that morning and expects to be reminded of his case each time he sees such a vehicle. He then defended his record as mayor.

"We left Portage a better place," he said.

Snyder, who thanked the residents of Portage, his legal team and family, said he would not be facing prison time if only he had kept better campaign, tax and business records. Those failures have placed a great burden on his family members, who have been humiliated, but made stronger, he said.

"The Snyders will always hold their heads up high," he said.

He then cited Snyder's background of opportunity to say, "He knew better."

Yet he said Snyder continues to behave as though he did nothing wrong, despite being convicted twice on the bribery charge and once on the tax offense.

"Instead of taking care of the city, at the end of the day, he betrayed the city," Bhachu said.

Defense attorney Andréa Gambino argued against prison time, saying there is a debate over its value as a deterrent and that Snyder has already paid a big price living under the investigation and criminal case for seven years.

"Everybody in life makes mistakes," she said.

Gambino said the felony conviction will keep Snyder from returning to his chosen professions of elected life and mortgage work.

Snyder's father, Bruce Snyder, said his family was once very political, but no more.

"I think what the government does is absolutely atrocious," he said. "James is not the person they have made him out to be. He's a good man."

Kennelly attempted to dispel any impression that the federal case against Snyder was political in nature, pointing out how it was filed and continued on under both Republican and Democratic administrations in Washington.

Snyder was also convicted by two different juries and there were two judges along the way, he said.

Porter County Republican Party Chairman Mike Simpson said following sentencing that he and other friends of the former mayor were saddened, "as we had hoped for a more lenient and reasonable approach."

"We especially feel sadness for his wife and children as they will shoulder an incredible burden in the coming years," he said. "Despite this unwelcome outcome, and the difficult road ahead for the Snyder family, we are relieved this chapter is closed and pray for healing for all involved."

U.S. District Judge Matthew Kennelly rejected a request by the defense to also call two IRS agents during Wednesday's sentencing, saying the testimony is not needed to present the information in question.

"My dad cares about people," said Reagan, daughter of former Portage Mayor James Snyder. "I know it’s hard to believe, but that is truly what makes him different from every other guy on the street, he puts the needs of someone else above his own."

After failing field sobriety tests, she reportedly told police, "I don't know what I failed. I have done these tests in heels and passed."

The appeal comes on the heels of James Snyder's Oct. 13 day-long sentencing hearing that resulted in him receiving 21 months behind bars and one year supervised release, which was well below the recommended sentencing guideline of 46 to 57 months.

US to fly in baby formula on military contracted jets

Former Mayor James Snyder walks to the courthouse to be sentenced on federal bribery and tax violation charges.