VALPARAISO — After deliberating over the past three days, a jury returned late Friday afternoon to find a former Porter County police officer guilty on two of three felony charges stemming from allegations of battering/neglecting his infant son nearly six years ago, leaving the boy disabled and with a much shorter life expectancy.

Curtis Jones, 52, who left the county police department in 2005 and has been living in Florida, was found guilty on two felony counts of neglect of a dependent and cleared of a third felony count of battery resulting in serious bodily injury to a person less than 14 years of age, according to the court.

Jones was taken into custody after the verdict was read and will be held at the Porter County Jail until sentencing May 31, Porter Superior Court Judge Mike Fish decided.

Each of the felony counts carries a potential sentence of three to 16 years behind bars.

"The skill with which they did their work was phenomenal and that’s an understatement," Germann said. "I am proud of them and their effort."

"This was one of the most complicated criminal cases I have ever experienced," he said.

Porter County Sheriff Dave Reynolds also praised the efforts of the team, including others from his department's detective bureau.

He said everyone went into the trial knowing it was going to be difficult to prove.

"I can't say enough about the prosecutor's office," Reynolds said. "They did just a tremendous job."

Defense attorney John Vouga, who represents Jones along with attorney Nicholas Barnes, said he was extremely pleased the jury found his client not guilty of battering his son.

"That not guilty verdict serves as a complete and total exoneration of Curt and confirms the fact that Curt has been truthful from the very beginning when he insisted that he never battered his son," Vouga said.

"The not guilty verdict on the battery charge should also serve as a warning message to every child abuse pediatrician, social worker, and anyone else who falsely accuses an innocent person of battering his child based only on speculation and vague medical theories," he said.

"Of course, I am disappointed with the guilty verdicts regarding the neglect charges," Vouga said. "Based on the fact that it took this jury three days to reach a verdict is a clear indication on how difficult it was for them to come to a decision on those charges."

The case went to the jury during its third week of trial after facing multiple delays over the years and failed attempts to dismiss charges and move the case out of Porter County.

Vouga and Barnes took over in January 2021 from one attorney who died in 2019 and another who was disbarred a year prior.

Jones was accused of shaking or otherwise injuring his infant son July 24, 2016, while his former wife and the boy's mother was at her overnight nursing job.

The paramedic who responded to the distress call for 6-month-old Braxson Jones on the morning in question testified last week that he did not notice any injuries on the child and did not suspect child abuse.

The testimony conflicted with reports from doctors and other medical officials, who treated the child at the local St. Mary Medical Center and at Ann & Robert H. Lurie Children's Hospital of Chicago.

A social worker told jurors earlier this week that the Illinois medical team working on Braxson found an injury on the child, causing the boy's mother, Susan Jones, to stop crying and question Curtis about its origin.

"You need to tell me right now what happened," Susan reportedly said to Curtis, who then shrugged and said he did nothing.

The medical team at St. Mary's found swelling and bruising on Braxson's forehead on the morning in question and reported the child struggling to breathe and bleeding under his skull, jurors were told last week.

A doctor at Lurie hospital said the child suffered "the worst brain injury I have ever seen," according to court documents.

A surgeon at Lurie's reportedly removed part of the child's skull to relieve pressure from the swelling brain.

Braxson, who is now 6, survived, but he needs constant care, a prosecutor has said.

He is blind, needs diaper changing, is fed through a tube, must be moved by others and no longer communicates on his own, she said.

The case went to the jury during its third week of trial, which has faced multiple delays over the years and failed attempts to dismiss charges and move the case out of Porter County.

When the accused failed to show Monday for his trial, the judge opted to continue in his absence.

Two teen brothers have been pronounced dead after being pulled from Lake Michigan Sunday night.

Evaluation process on how to safely house former cop behind bars same as any inmate, officials say

Curtis Jones, who faces three to 16 years behind bars on each of the neglect convictions, is being held at the county jail without bond until his sentencing May 31. 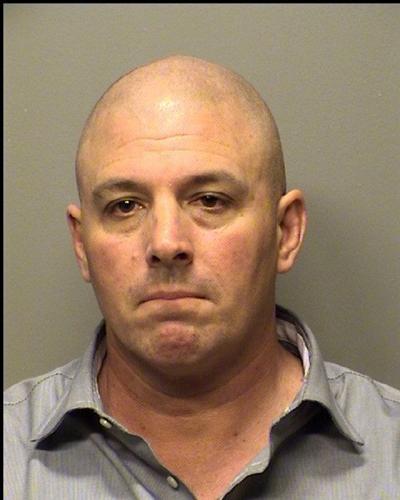 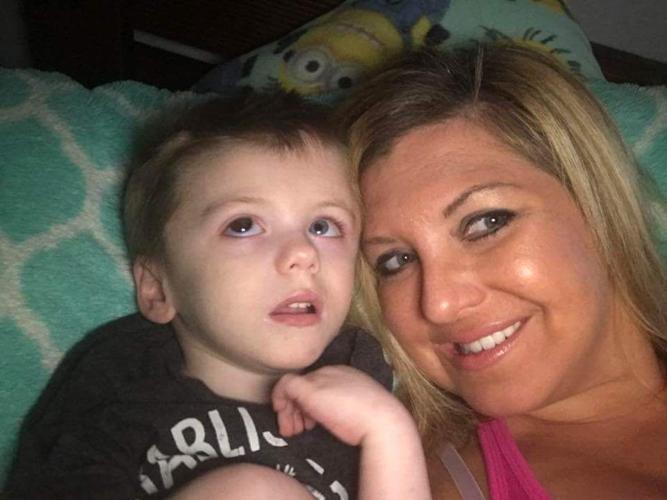 Braxson and mom, Susan Jones, are shown in this file photo.