Former U.S. Attorney David Capp: 'They were crooks and corrupt politicians'
Share this
1 of 11 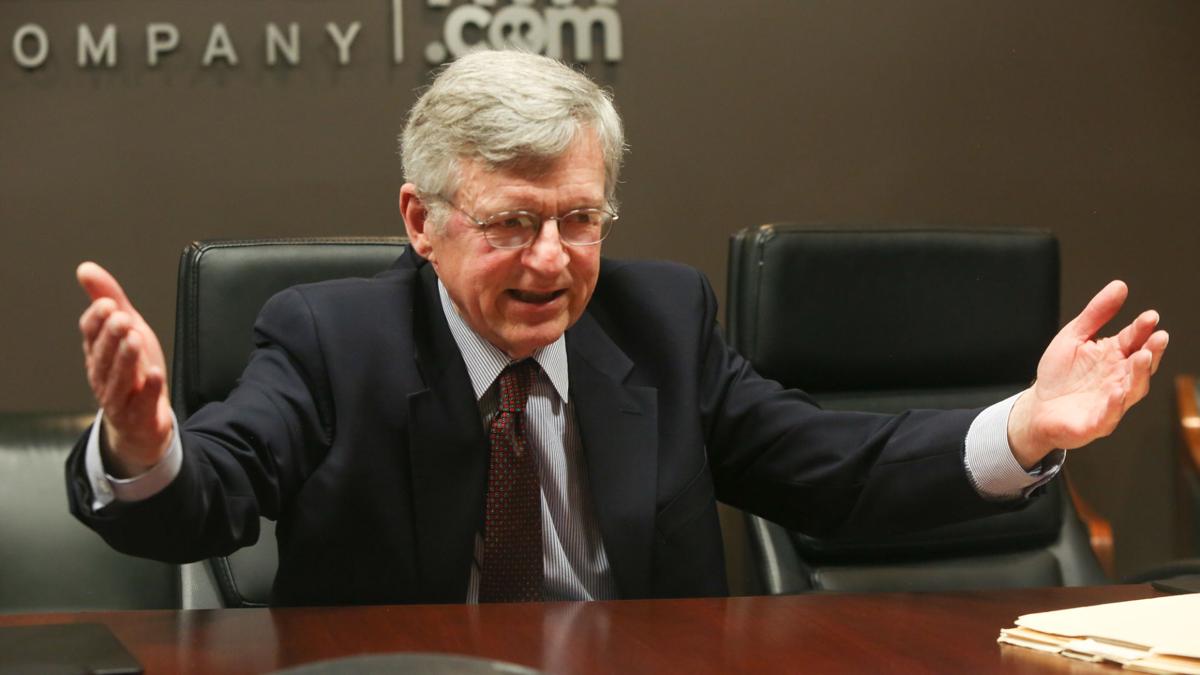 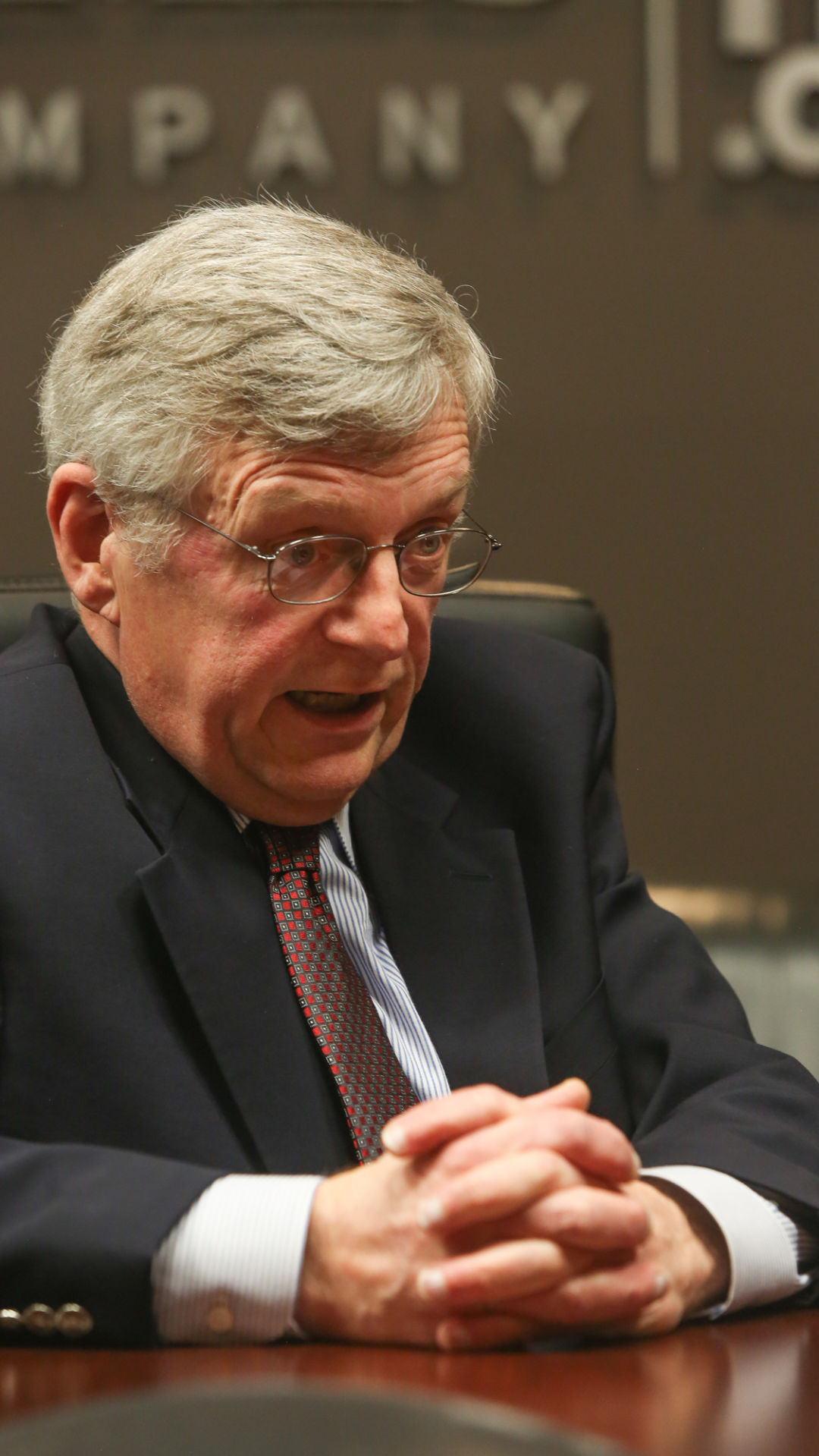 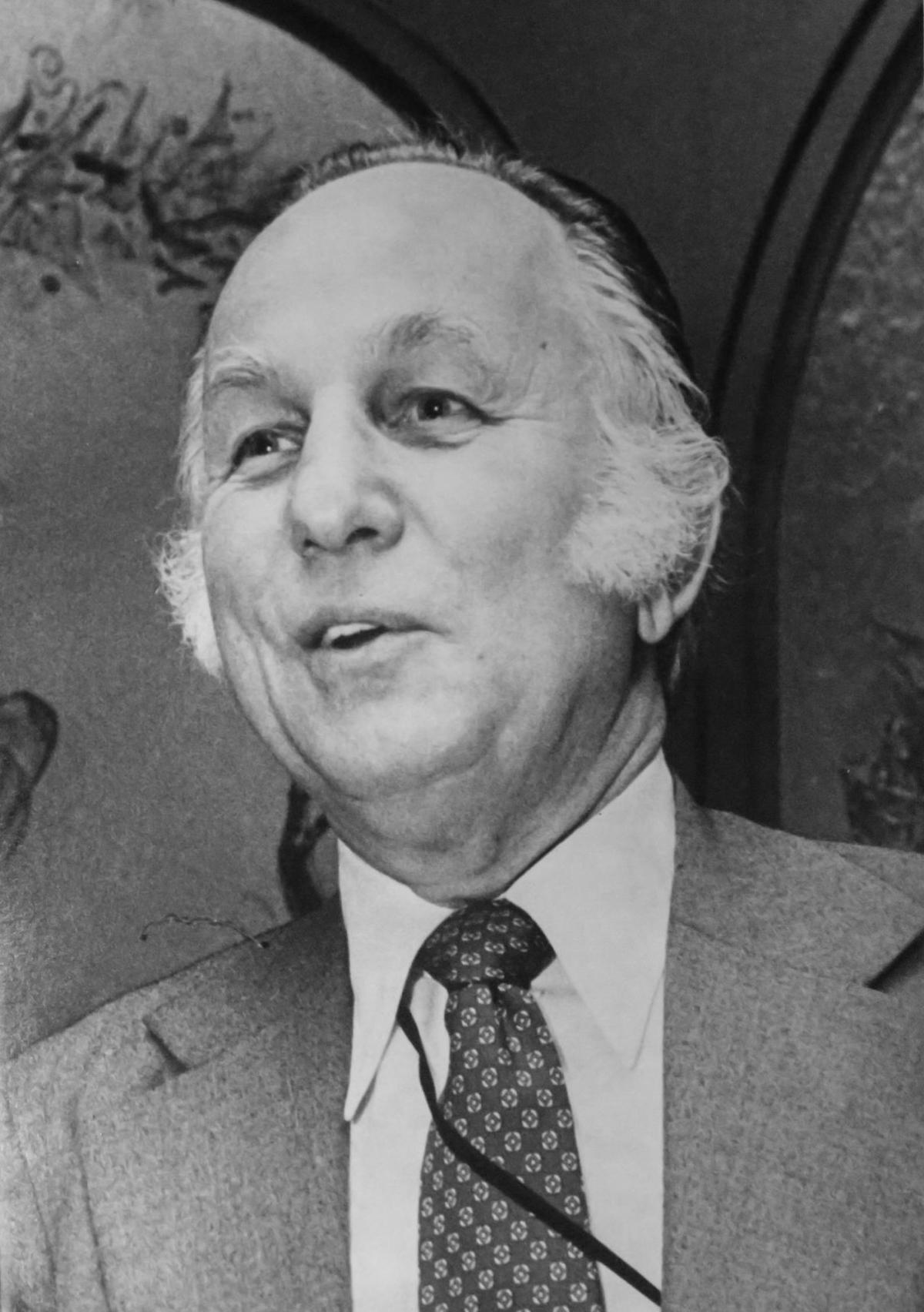 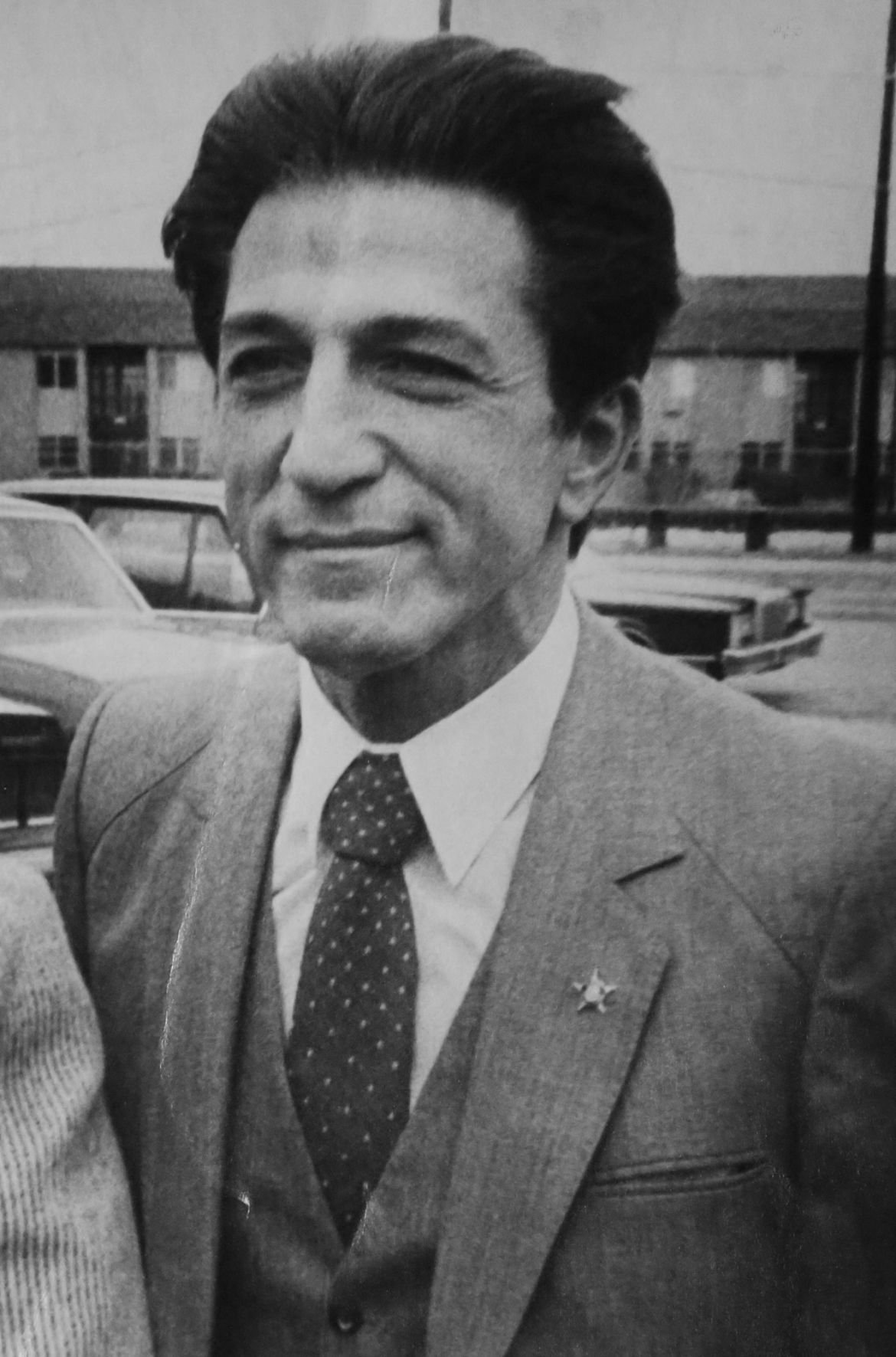 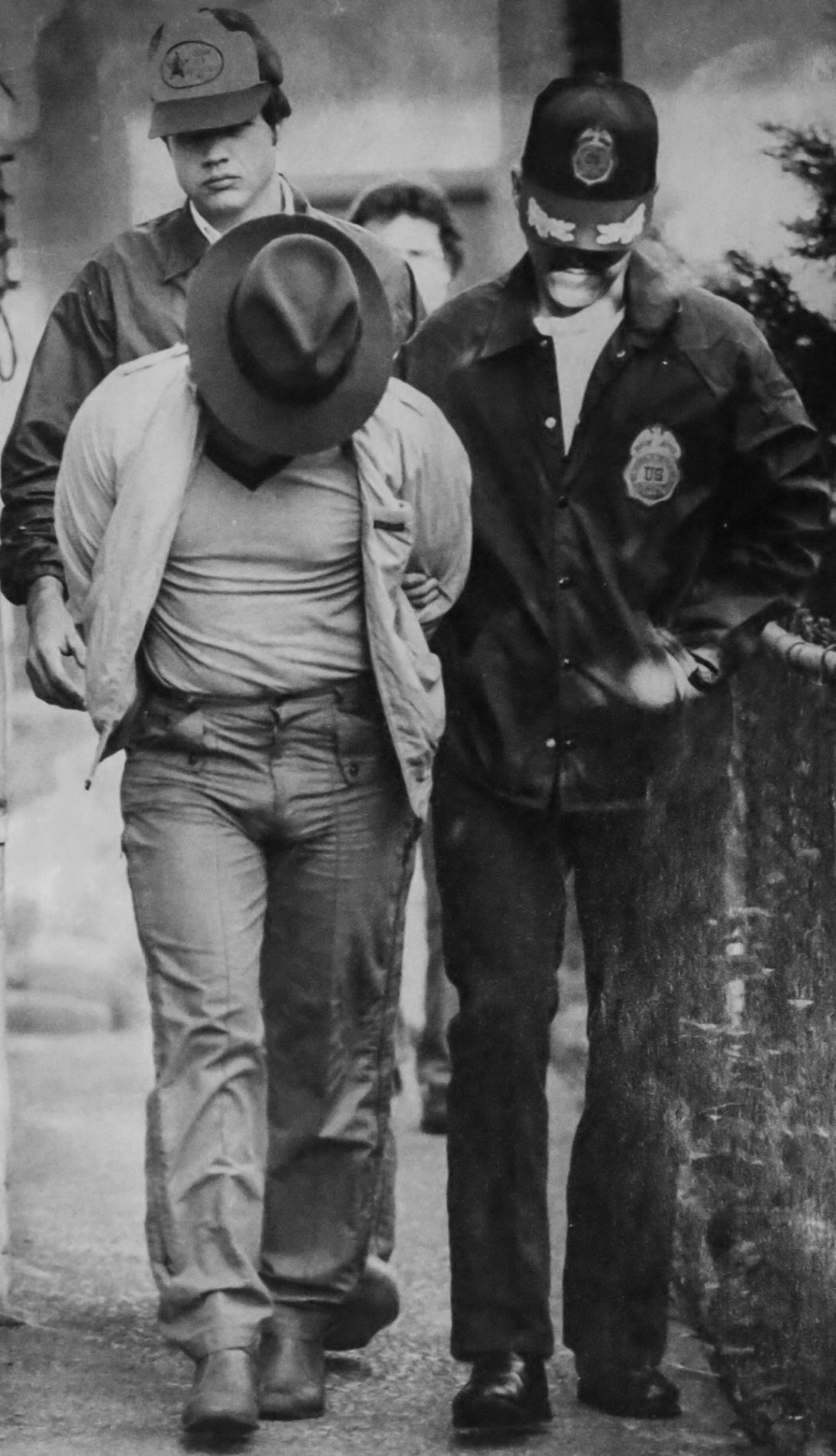 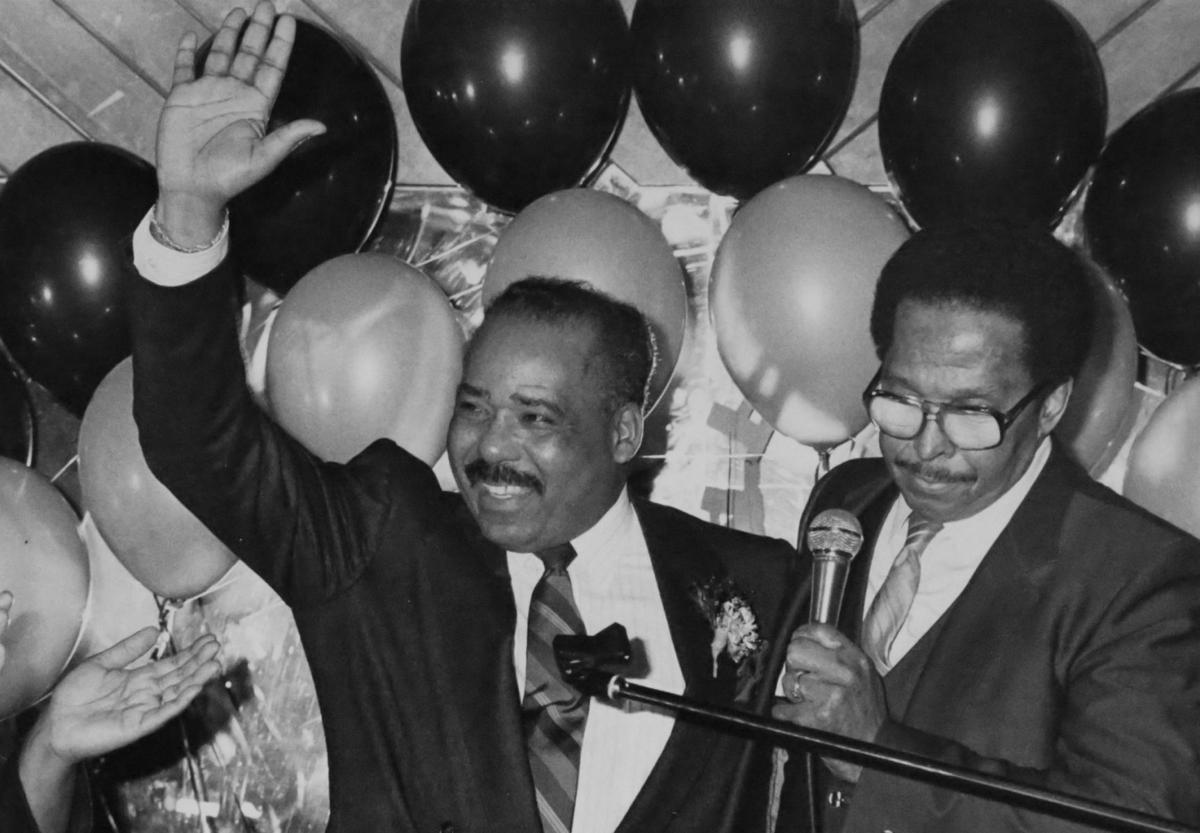 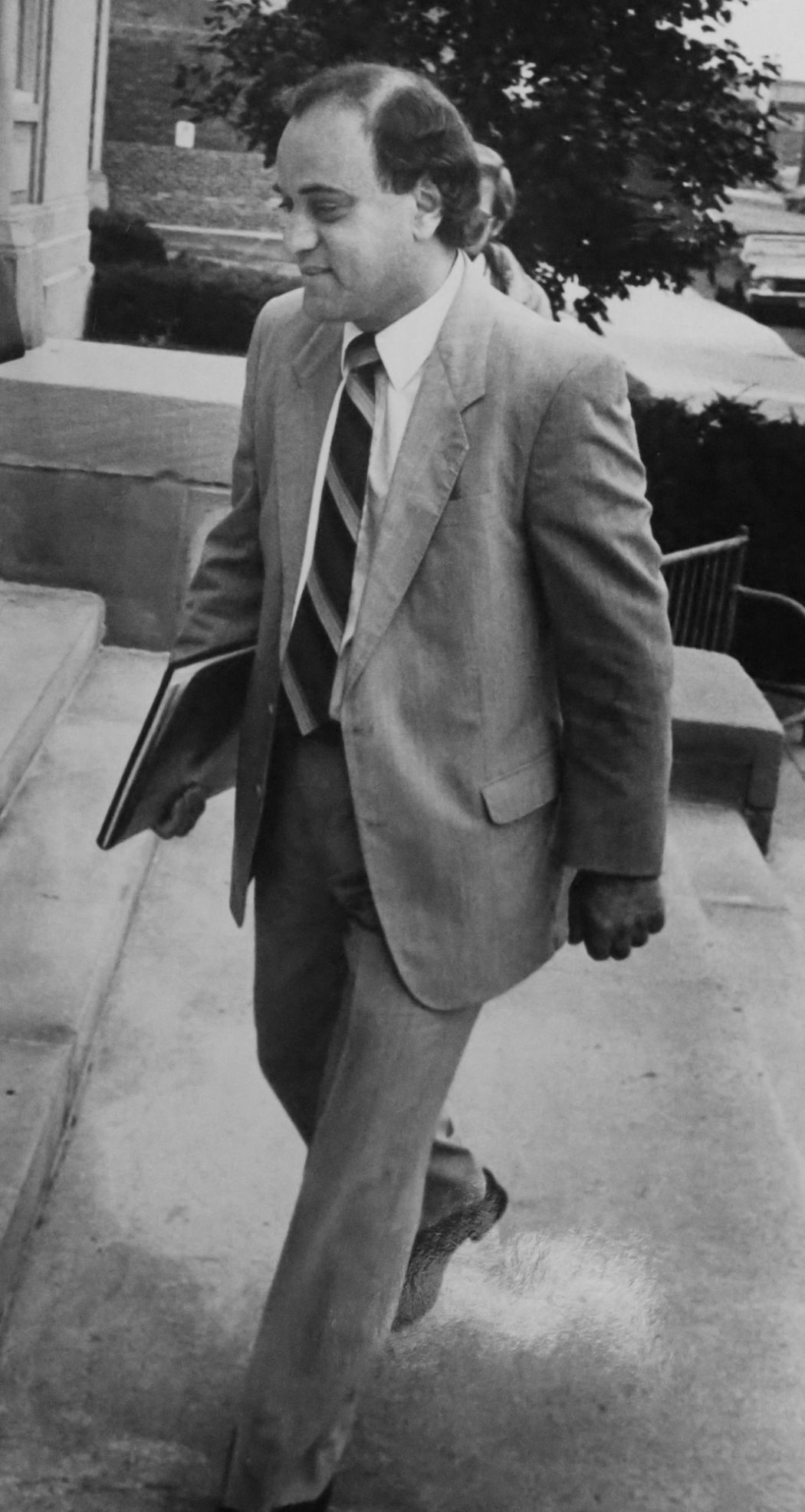 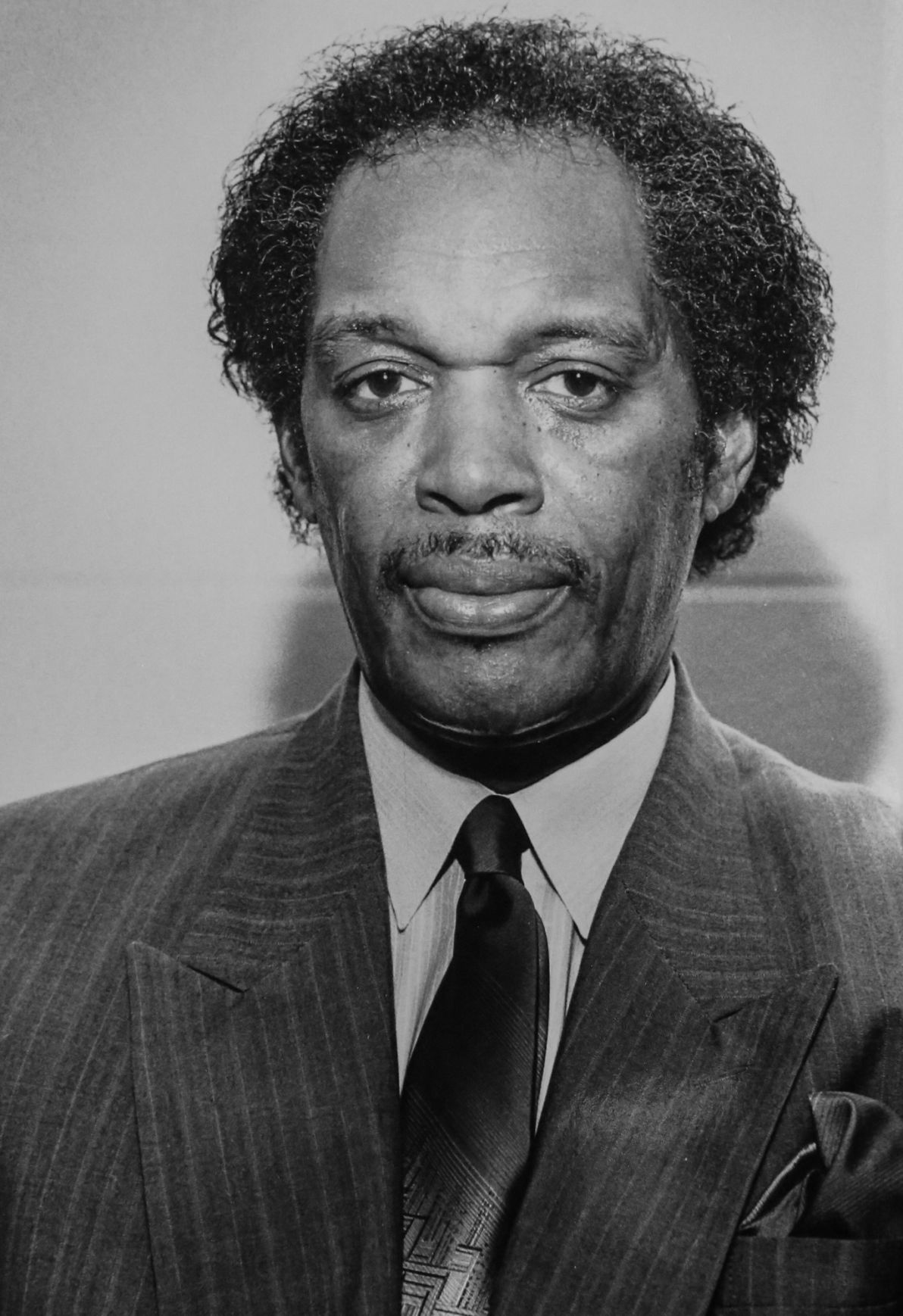 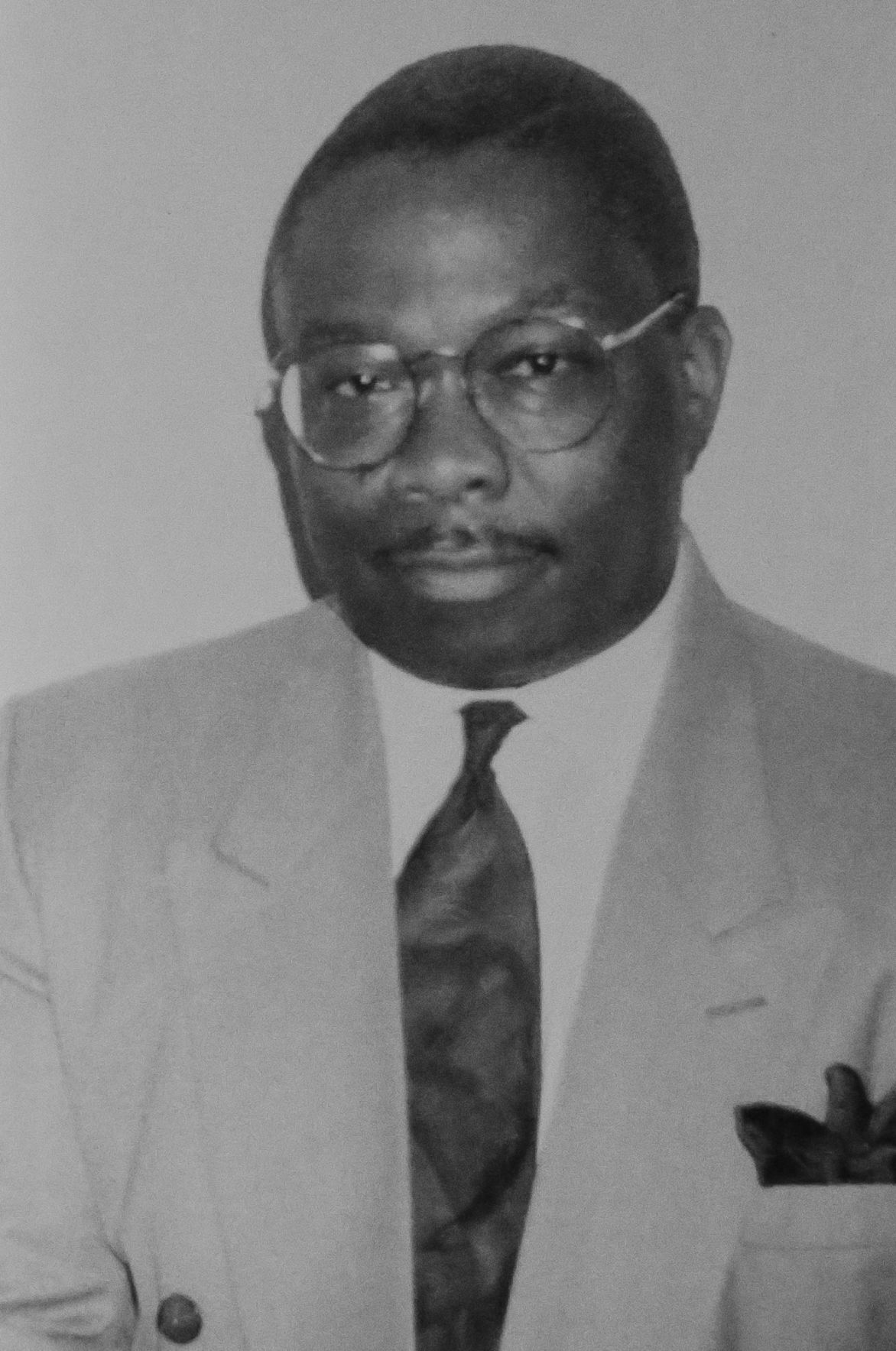 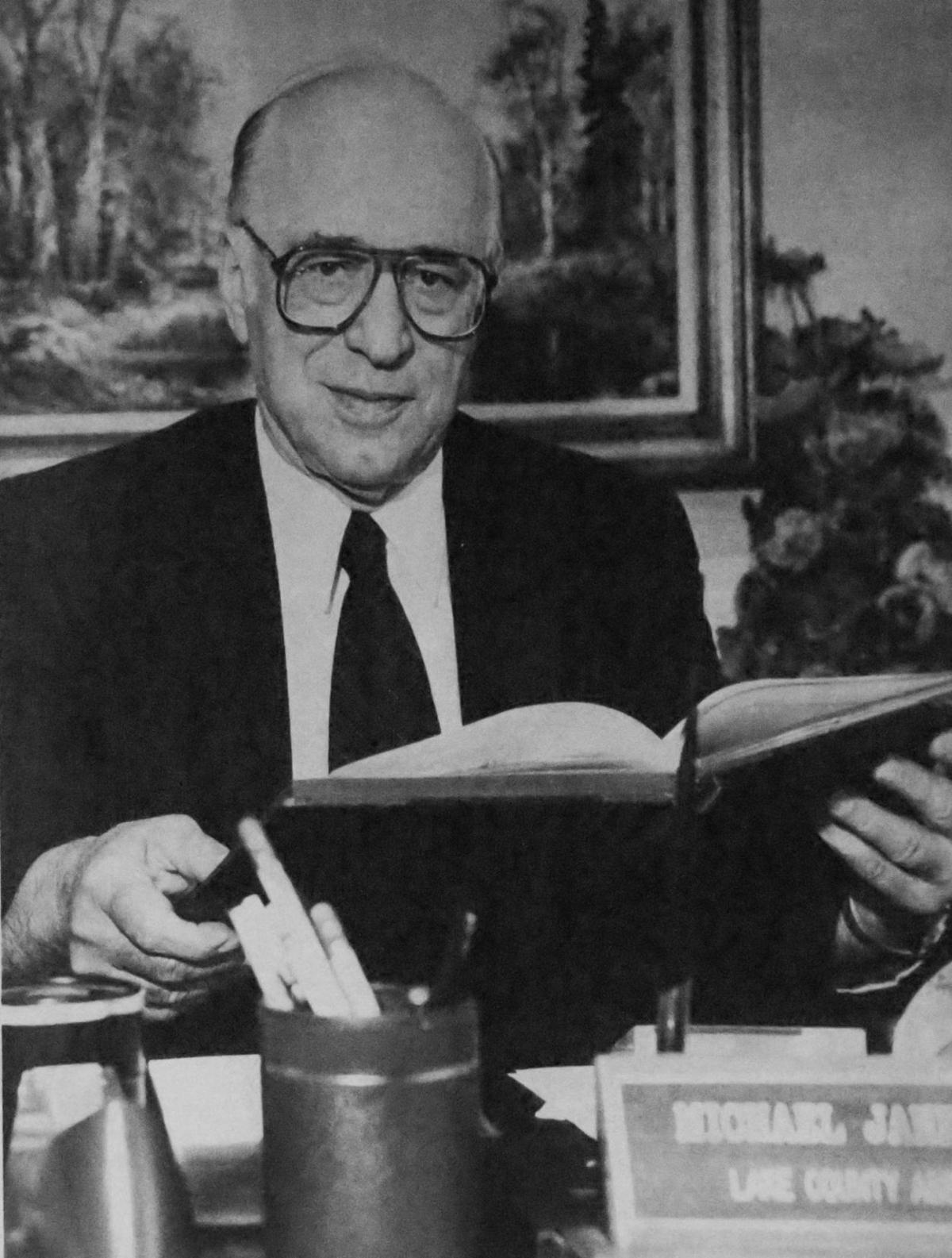 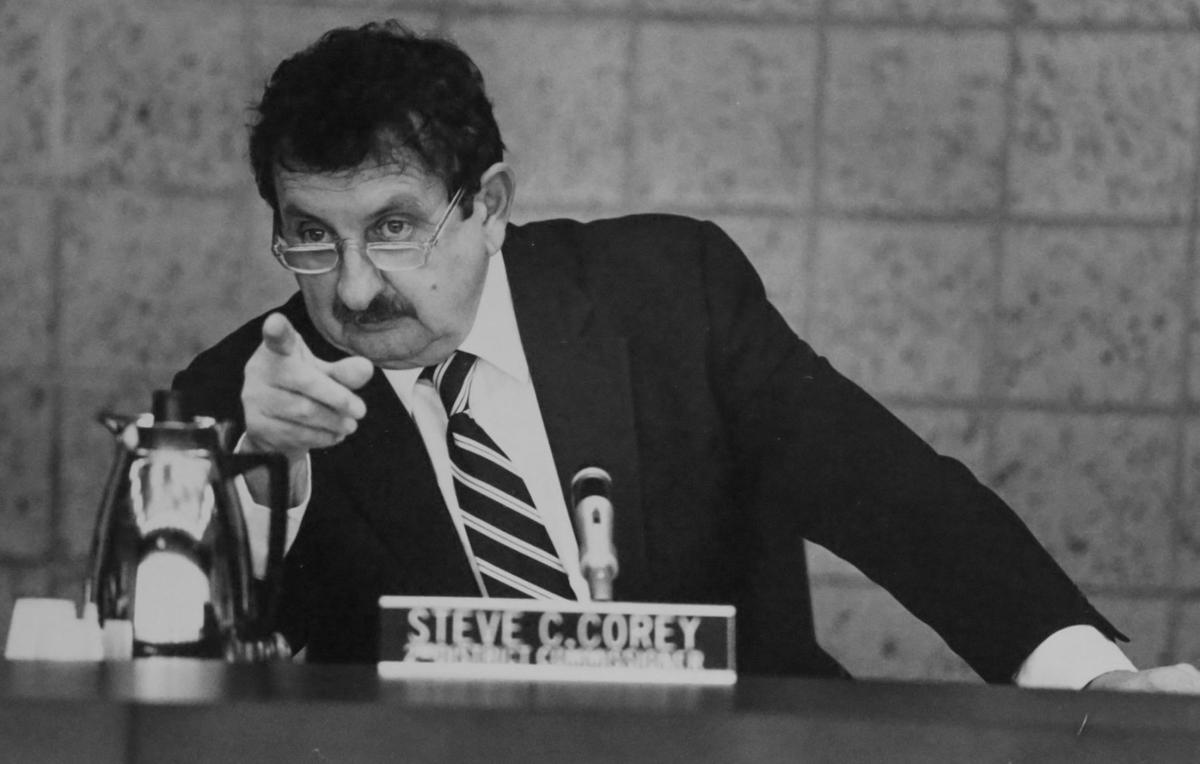 Capp lent an ear for three decades to public complaints, media reports and especially politicians caught pocketing public money and then willing to give up their secrets for a break in their sentence.

"When I made public appearances, I would give out my personal phone number and urge people to call me if they knew anything and I would call them back," Capp said.

"Someone would say they were sorry to bother me and that what they knew might not be important, but sometimes that one little thing is the piece missing from the bigger picture."

Capp had a hand in the conviction of scores of elected officials and corrupt government vendors, while serving as the coordinator for the office's public corruption investigations, first assistant U.S. Attorney, three times an interim U.S. Attorney and finally U.S. Attorney under President Barack Obama until he stepped down earlier this month.

He spoke last week to The Times about the highlights of his 31-year career, and how so many were brought to justice.

Capp's family moved from the East Coast to Gary in time for him to graduate from Gary's Lew Wallace High School in 1968. He received a law degree from Valparaiso University in 1977.

"I had worked against Richmond in court, and I believed Jim would be a good guy to work for. I was always interested in the federal court criminal process. I was Jim's first hire."

"Jim said he wanted to focus on public corruption, and 'I'm putting you in charge of it.' Jim entrusted me with an enormous amount of responsibility. We put a team together: the FBI, the IRS and state police.

"There was no way I could handle the volume we were doing so our staff grew to include Mike Thill; Pat Hansen, who is now the acting U.S. Attorney in Springfield, Illinois and Kevin Milner."

One of their first big cases grew from conversations with Rudy Bartolomei, who had occupied the penthouse of county government as a county commissioner and, at his arrest, as county sheriff. But he was convicted and imprisoned on federal weapons' violations and for extorting county government employees for political contributions and work on his campaign.

Capp said shortly after their team formed, "We got the indication Rudy would like to talk. His wife was still working for the county at that time, and he didn't like the way they were treating her. I said sure, it doesn't hurt to listen.

"I sat down with him with a stack this high of the county government payroll printout. He knew every person on that payroll, and why they were on that payroll (and) what their connection was. He knew the county inside out. He sat down, outlined how much of the county business was conducted and much of it was conducted on terms of pay to play. Having an insider like him to paint a picture was of enormous importance."

It resulted in a series of indictments that resulted in Lake County Commissioners Noah Atterson Spann, Frank A.J. Stodola (also a former judge) and Steve Corey being convicted of receiving bribes from janitor contracts that were inflated so illegal kickbacks could be built in.

Another notable case was Michael Jankovich. Capp said, "He was the longtime Lake County assessor, who was leaning on business people and property owners for money and gifts for favorable tax treatment."

Capp said others also flipped like Bartolomei to help government prosecutions, but Capp said they weren't presented as heroes to the jury.

"Often ... people would come forward after we charged them and ask if there was anything they could do to help themselves.

"I would tell a cooperating witness, 'You must provide us with truthful information. You are not a saint. You corrupted your office. So when you are on the stand, that is what I better hear. I better not here any rationalization or any political nonsense."

"That was crucial for those types of witnesses to have credibility with the jury. Ladies and gentlemen of the jury, these guys are crooks. They sold the offices. They were crooks and corrupt politicians. None were given a pass."

Typically, the FBI would raid private and government offices and leave with boxes of paperwork and computers needed to reconstruct a paper and financial trail to backup that colorful testimony.

"The IRS is such an important component of our public corruption team because they follow the money, Capp said. "These IRS revenue agents are men and women who like nothing more than to have eight Bankers Boxes of records dumped on their desk and they will go through that page by page, line by line."

He said such work came into play for an investigation that began in the wake of stories by then-Times' reporters William Lazarus and Daniel Yovich of complaints about the city of East Chicago delivering new concrete sidewalks and other improvements prior to the 1999 primary municipal elections.

That resulted in the indictment and convictions of seven public officials and a number of private vendors for their roles in a conspiracy to provide residents with new concrete porches, driveways, patios and basketball courts in return for votes.

He said his office used aerial photos of East Chicago city blocks. "Six houses in a row with a new sidewalk and then one house with an old sidewalk, then two more houses with new sidewalks, then one without. What a powerful piece of evidence."

The U.S. Attorney's office also dismantled the Jay Zambrana drug gang in 1999 with an indictment and eventual conviction of Zambrana and 16 co-defendants for the importation of millions of dollars in illicit drugs into Northwest Indiana.

Capp said his continuing gang initiative has taken more than 80 members of the Latin Kings and Imperial Gangsters off the streets in the last five years.

Capp declined comment on the most recent public corruption cases still playing out in U.S. District court. "Nothing I say is a reflection on those pending matters. The persons are presumed innocent until they are convicted in court."

What he says about previous cases, "The common element they all shared was they thought the office was theirs. They really did, and it's not. The office is ours, the public's. That is what ultimately brought all of them down. They came down different ways, (using) different techniques, but at the core, that is what brought them down.

"People asked me what cases I'm most proud of. It's not any particular case or subject matter. What I'm most proud of is putting together the team at the U.S. Attorney's office. It's a great team. Now that I'm gone, that is not going to change anything. They are going to keep going, guys like (Assistant U.S. Attorneys) Gary Bell and Philip Benson.

"I played a role in their hirings," Capp said, "and I'm proud of that."

Suspect on the run in fatal shooting of 3 in Texas

Suspect on the run in fatal shooting of 3 in Texas

EAST CHICAGO — A raid at El Sombrero bar and an upstairs apartment Thursday night resulted in the arrest of two people on felony drug charges.

Civil War veteran's grave is rediscovered by his great-great-grandson

The Times' Bill Dolan sits down with former United States Attorney for the Northern District of Indiana David Capp.

Slideshow: Region per capita violent crimes by city in 2016

Here are the per capita violent crime rates for Northwest Indiana cities in 2016.