The Republican chief executive on Thursday appointed to the commission: Heather Delgado, of Munster, a partner at the Barnes & Thornburg law firm; David Wickland, of Munster, an attorney in private practice; and Todd Williams, of St. John, vice president of lending at American Community Bank.

They join Alfredo Estrada, a partner at the Burke Costanza & Carberry law firm in Merrillville; Brandy Darling, Lake County deputy prosecutor; and Aimbrell Holmes, Gary city court administrator, who were appointed in June by the Lake County Board of Commissioners.

Previously, Lake County lawyers and judges, instead of the governor, selected half the commissioners that evaluate applicants when there's a judicial vacancy on the Lake Superior Court and recommends finalists to the governor for his appointment.

The first task for the new commission will be soliciting candidates to replace Judge Diane Boswell, who died Oct. 19, or the vacancy created if another Lake County judge chooses to take over Boswell's courtroom.

That task may be delayed, however, due to a pending federal lawsuit filed by Hammond Mayor Thomas McDermott Jr. seeking to do away with the nominating commissions state law requires be used to select superior court judges in Lake, St. Joseph, Allen and Marion counties.

McDermott claims it's unconstitutional for the General Assembly to mandate gubernatorial appointment of criminal, civil and juvenile court judges in Indiana's four counties with large minority populations when Hoosiers living in the state's 88 other counties all elect their judges. 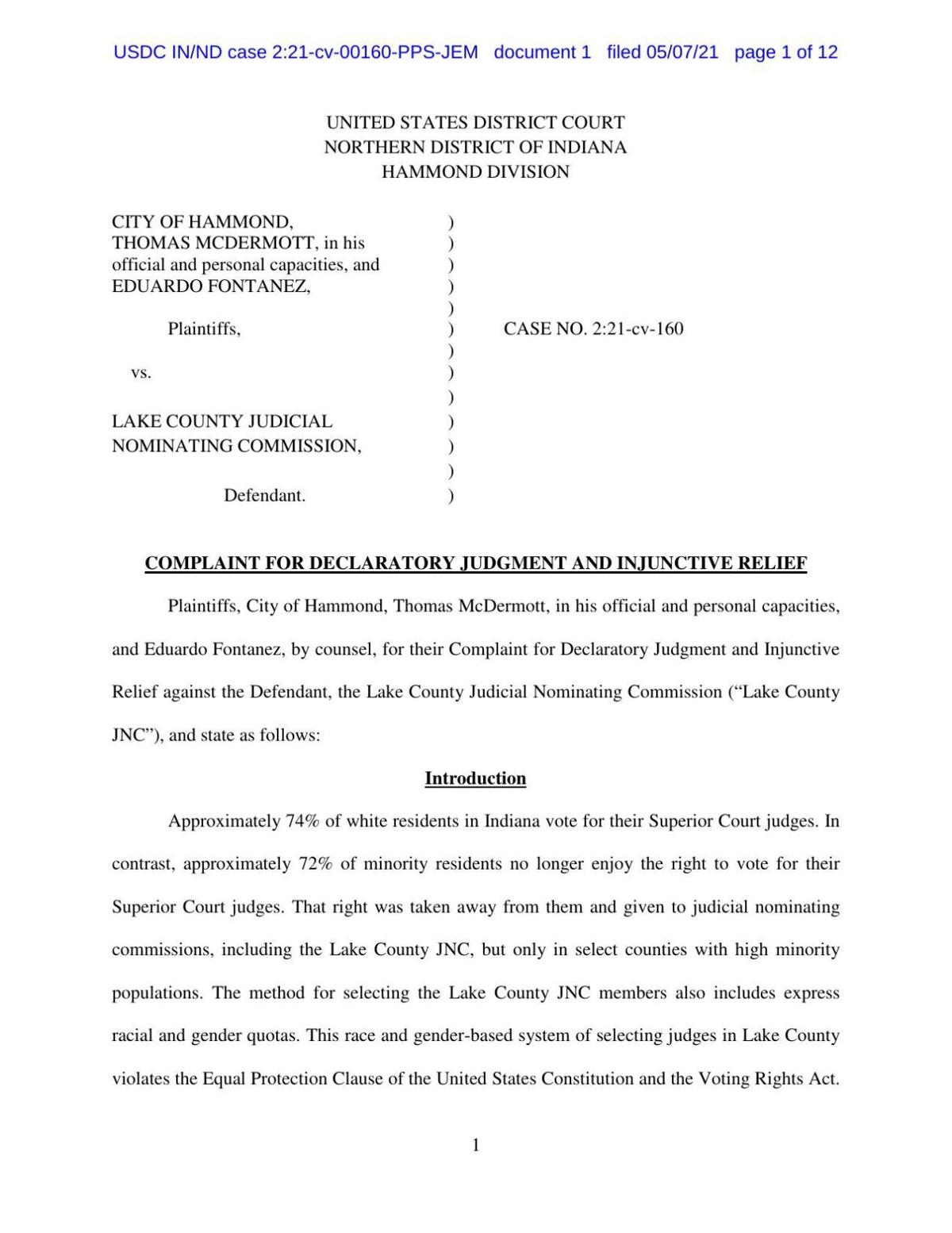 James E. McGhee Jr., 40, has had his trial delayed several times since he was charged in August 2019 in the homicide of 27-year-old Sidne-Nichole Buchanan.

The selection of a new Lake Superior Court judge is likely to continue without interruption after a lawsuit challenging the appointment process was revised to no longer apply to the current vacancy.