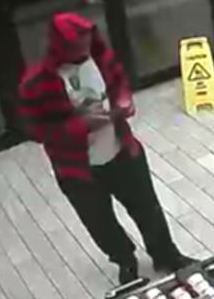 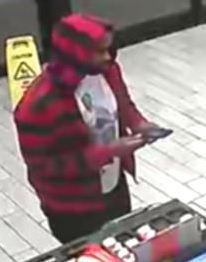 Hammond police were dispatched about 10:10 p.m. after a man entered the Little Caesars Pizza in the 6200 block of Hohman Avenue, displayed a black semiautomatic handgun and demanded money, Lt. Steven Kellogg said.

The man ran north from the restaurant, police said.

He was described as black, about 35 years old, about 6 feet tall and 200 pounds with black pants, black shoes, a white T-shirt with a design on the front, and a red and black striped coat. He also wore a trimmed goatee and had a tattoo on his left forearm, police said.

Anyone with information is asked to contact Detective Sgt. Michael Ferry at 219-852-2991 or mferry@hammondpolice.com.

UPDATE: Police: Drug-using father of drowned children resigned to fate. ‘A pair of hands and a pair of knees sticking up from the water,’ a witness said of the scene.

Court records released Thursday paint the father of two boys who drowned in the Kankakee River on Tuesday as a man resigned to his fate.

Leobardo Nunez Jr., of Whiting, was found not guilty Wednesday on two counts of child molestation.

After attack on Merrillville priest praying at altar, churches step up security