Hundreds of pounds of THC-infused candy nabbed in traffic stop, police say
Share this
{{featured_button_text}}
1 of 2 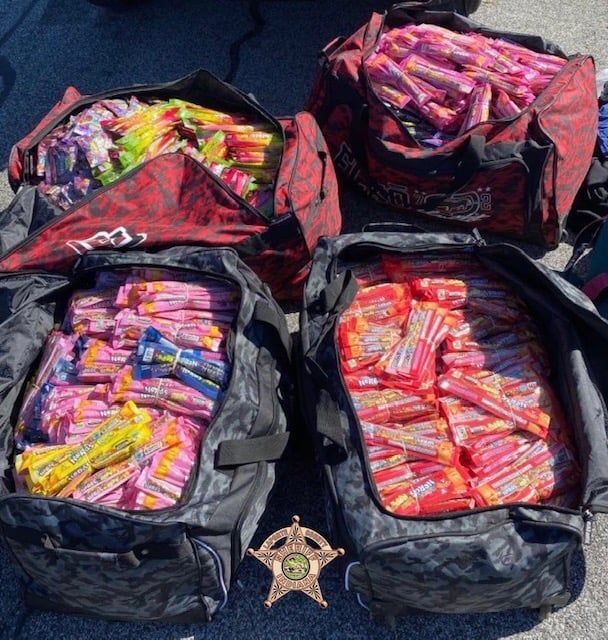 THC-infused candy discovered during a traffic stop along the Indiana Toll Road in LaPorte County. 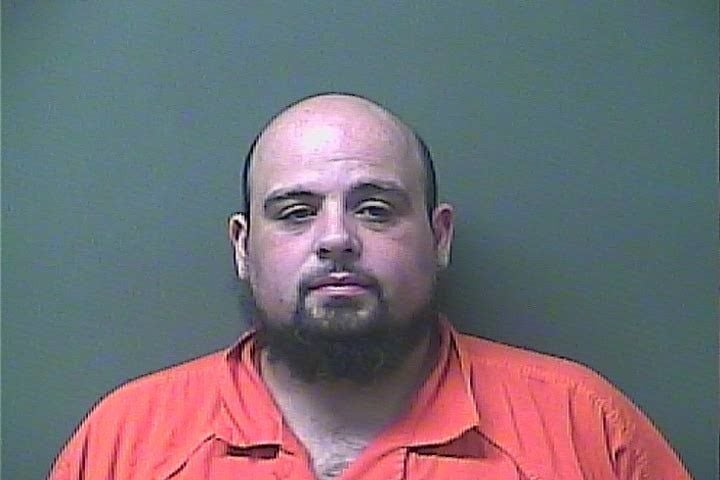 LAPORTE — Several hundred pounds of THC-infused candy was discovered in a vehicle stopped along a local stretch of the Indiana Toll Road, according to the LaPorte County Sheriff's Department.

The driver of the vehicle, Angelo Padilla Jr., 35, of New Jersey, was taken into custody and faces a felony count of dealing in a controlled substance, police said.

LaPorte County Deputy Wade Wallace was working with the Domestic Highway Enforcement program when at 11:16 a.m. Oct. 5 he saw an eastbound vehicle speeding, following a truck too closely and committing a traffic infraction while changing lanes, police said.

The officer stopped the vehicle, and a police dog conducted a "free-air sniff," which resulted in a positive alert, police said. Officers searched Padilla's vehicle and discovered the THC-infused candy, police said.

THC is the main ingredient in marijuana that produces the psychoactive effect, according to the United States Drug Enforcement Administration.

Padilla appeared Friday before LaPorte County Circuit Court Judge Thomas Alevizos on the charge and was housed at the county jail on a $15,000 cash-only bond.

Unhappy with food, women skip out on restaurant bill and land in jail, police say

A waitress at the Portage Denny's told police the women ate their meals and ordered a dessert. As the waitress walked away to add the dessert to the bill, she saw the group walk out of the restaurant without attempting to pay the bill, police said.

Connor Kerner, 19, who watched from a short distance away in the courtroom of Porter Superior Court Judge Roger Bradford, is accused of using a wrench to beat one of his alleged victims to death after first shooting him.

After striking the officer, "he screamed for (a woman) to record the entire incident, trying to provoke officers into retaliation," according to the incident report.

When a female passenger opened the glove box to retrieve the vehicle registration, the officer spotted a handgun before she quickly shut glove box door.

At the scene, police found James L. Grott, 34, dead from a suspected gunshot wound inside a residence.

THC-infused candy discovered during a traffic stop along the Indiana Toll Road in LaPorte County.