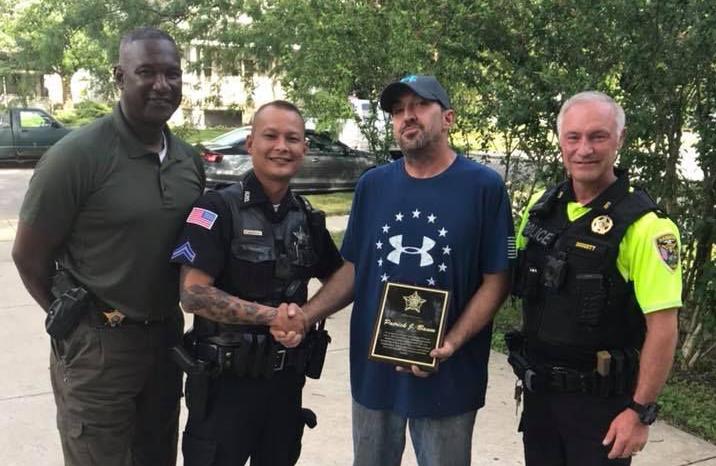 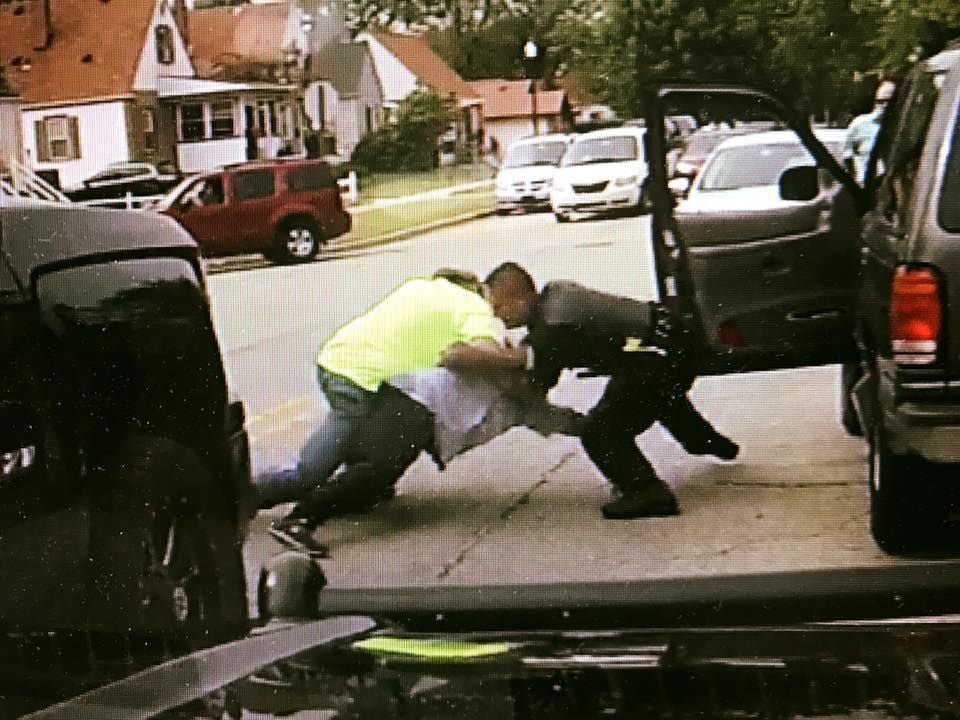 A photo taken at the scene of a traffic stop June 1 in which Patrick Baum, a good Samaritan, helped an officer tackle a suspect to the ground.

HAMMOND — Patrick Baum knew something was wrong when he came upon what appeared to be a traffic stop, saw a man exit an SUV and go after a police officer.

Baum, 48, of Hammond, put his vehicle in park and exited, but hesitated for a moment as he wondered whether the officer wanted him to help.

Then Baum noticed the man reaching for the officer's gun.

Baum tackled the man and helped Officer Daniel Sangkaratana hold him down until other officers arrived during the incident on Parrish Avenue in the city's Hessville neighborhood.

Hammond police presented Baum with a plaque Monday for his help.

"The officer said he felt justified in using deadly force if he had to," Kellogg said. "Just as those things were going through his head, Mr. Baum came and tackled him."

Baum likely saved either Sangkaratana's or the suspect's life that day, he said.

Randol Thomas Palmer Hall, 27, of Matteson, Illinois, was frothing at the mouth and appeared to be high on a drug June 1 when Sangkaratana stopped his vehicle because it matched the description of a vehicle involved in two attempted child abductions, Kellogg said.

Baum, a carpenter, said he didn't know why Sangkaratana had Hall pulled over, and police didn't tell him what Hall was suspected of until later.

He has several granddaughters, so he felt pretty good to know he helped get someone suspected of child abduction off the street, he said.

He wondered if he was meant to be in that place at that time, because he usually doesn't take Parrish Avenue home.

"You know how when you get pulled over, you just sit in your car and wait for them to come to you and give them your license?" he said. "None of that was happening.

Baum said he was grateful police honored him, but didn't think police had any obligation to him.

"I just think any male that comes upon a scene like that should just help," he said. "You see someone with a flat tire, you should just help with that. That’s just how I feel."

Region crime roundup: 'I gotta do something.' Hammond man tells how he helped police capture suspect in attempted child abduction

GARY — A 55-year-old man was wounded in a shooting early Thursday in the city's Brunswick neighborhood, police said.

HAMMOND — A good Samaritan was presented with an award for bravery Tuesday — weeks after helping police tackle a Matteson, Illinois, man accus…

A photo taken at the scene of a traffic stop June 1 in which Patrick Baum, a good Samaritan, helped an officer tackle a suspect to the ground. 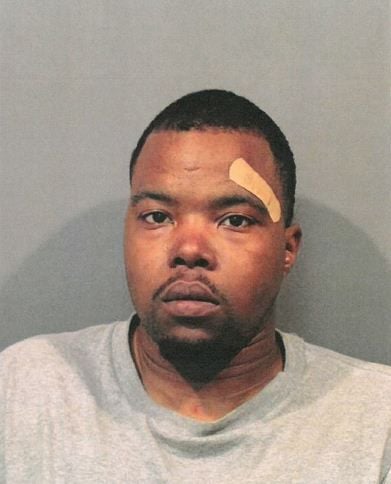