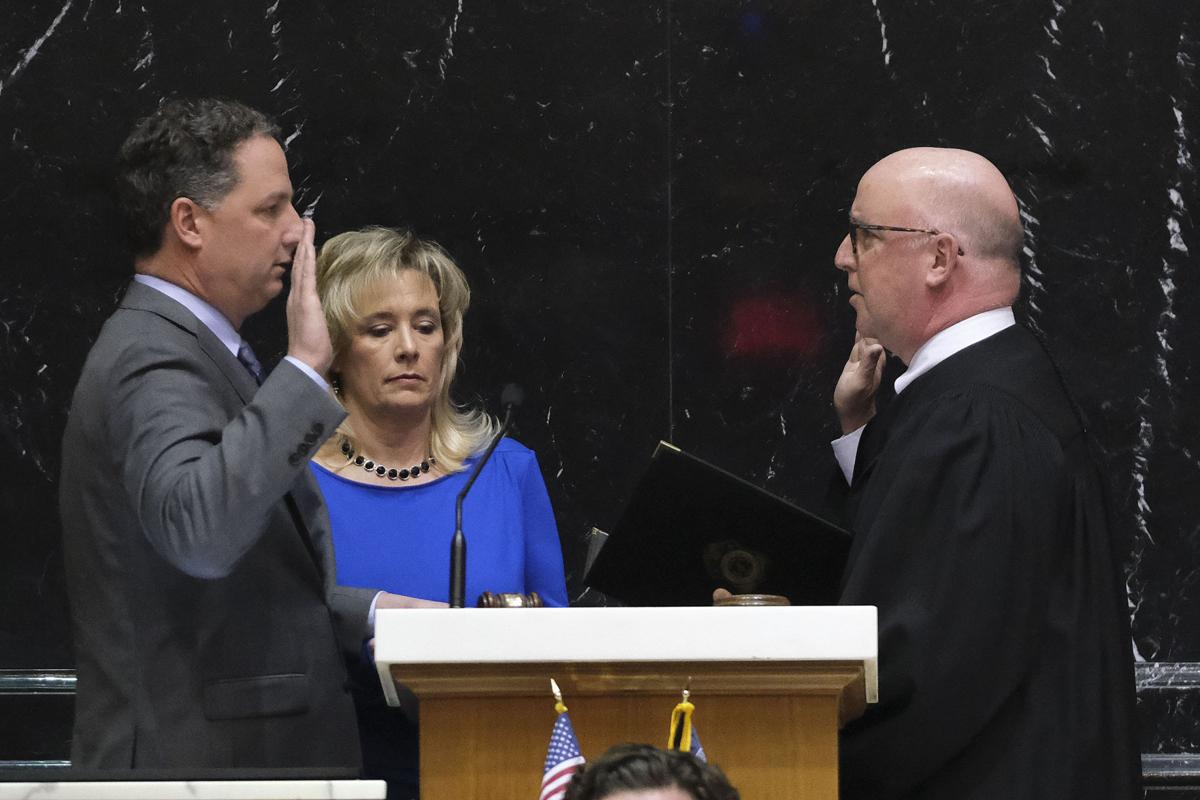 State Rep. Todd Huston, R-Fishers, left, is sworn in as speaker of the House by Indiana Supreme Court Justice Mark Massa on March 9, 2020 in the House chamber at the Statehouse in Indianapolis. Huston's wife Denise is between the men holding a Bible. 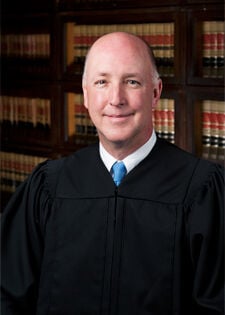 Justice Mark Massa is a member of the Indiana Supreme Court.

The soon-to-be reconstituted panel tasked with evaluating and recommending Lake Superior Court judicial candidates for appointment by the governor has a new chairman.

Massa was appointed to the state's highest court in 2012 by Republican Gov. Mitch Daniels. His rulings include the landmark 2018 Gunderson v. State decision affirming the shoreline of Lake Michigan is owned by the state and open for recreational use by all Hoosiers.

The two justices so far are the only members of the judicial nominating commissions after the Republican-controlled General Assembly in April decided to replace the nine-member bodies in Lake and St. Joseph counties with a new, seven-member panel in each county.

Previously, half the commission members were selected by lawyers and judges in each county, instead of by the governor — who also fills any judicial vacancy by selecting a candidate from the list recommended by the nominating commission.

A federal lawsuit filed last month by Democratic Hammond Mayor Thomas McDermott Jr. seeks to do away with the nominating commissions altogether in Lake, St. Joseph, Allen and Marion counties.

McDermott claims it's unconstitutional for the General Assembly to mandate gubernatorial appointment of criminal, civil and juvenile court judges in four counties with large minority populations when Hoosiers living in Indiana's 88 other counties all elect their superior court judges. 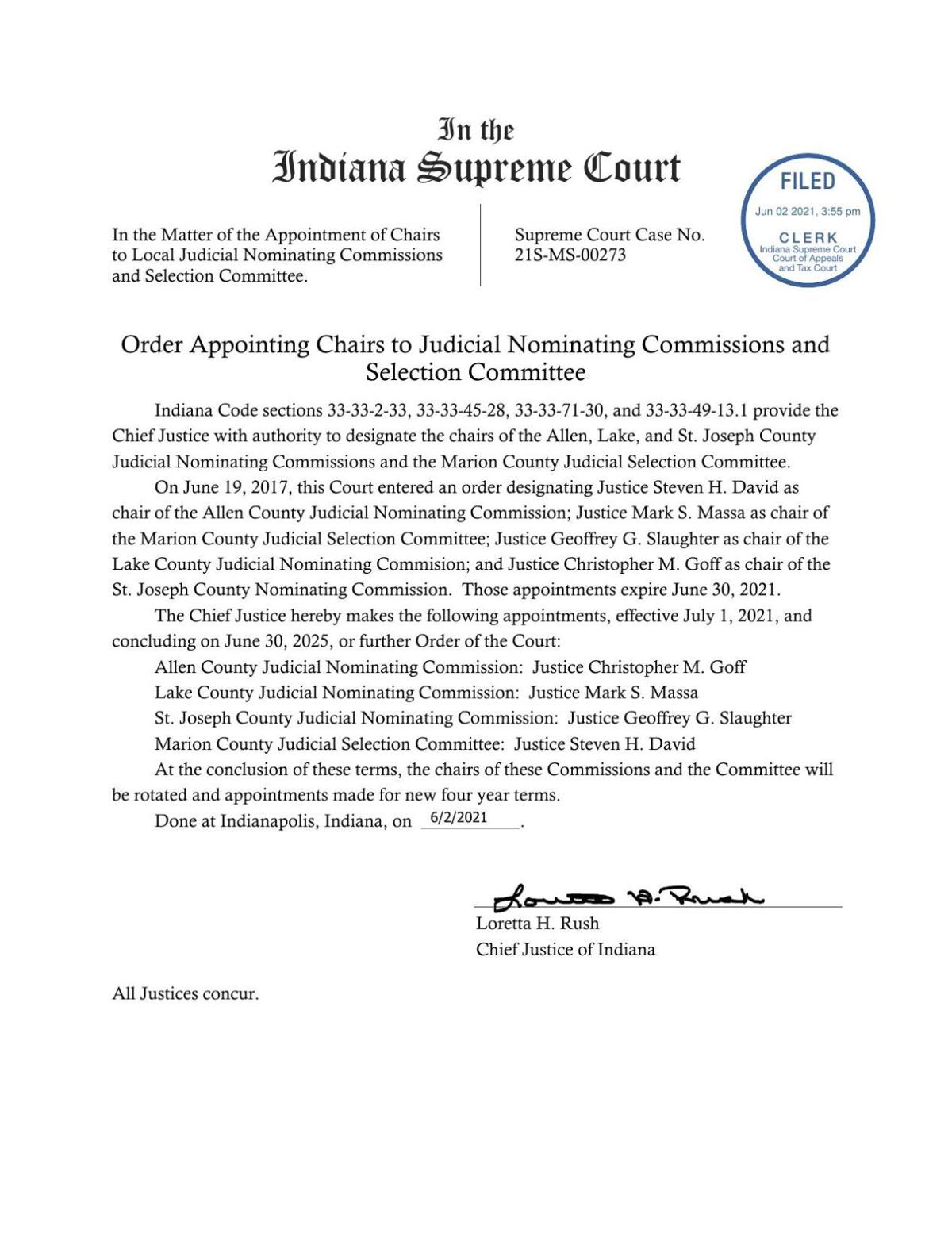 State Rep. Todd Huston, R-Fishers, left, is sworn in as speaker of the House by Indiana Supreme Court Justice Mark Massa on March 9, 2020 in the House chamber at the Statehouse in Indianapolis. Huston's wife Denise is between the men holding a Bible.

Justice Mark Massa is a member of the Indiana Supreme Court.