Attorney General Todd Rokita is demanding numerous officials connected to two Indiana virtual schools repay more than $154 million in state funds he claims the schools misspent or were not entitled to receive.

The lawsuit filed Monday against Indiana Virtual School and Indiana Virtual Pathways Academy, along with various related business entities, is the largest amount of money the state has sought to recover following a State Board of Accounts audit.

According to the lawsuit, officials at the online-only schools spent some $86 million in state funds without properly documenting the spending, used money for prohibited purposes or outside the terms of contracts, or funneled it to related businesses controlled by school officials.

The schools also received nearly $69 million in state tuition support and other state aid between 2011 and 2018 for 4,706 students state auditors said never logged into an online class, and another 3,811 students who were listed as completing some courses despite no online activity, according to the lawsuit

"This massive attempt to defraud Hoosier taxpayers through complex schemes truly boggles the mind," Rokita said. "This case demonstrates once again that public servants must remain ever vigilant in our work to safeguard the public treasury from opportunists."

Records show the two virtual schools abruptly shut down in 2019 after officials at Daleville Community Schools, which authorized their charters, revoked them in light of questions about the virtual schools' accounting practices and commitment to academic standards.

A State Board of Accounts special audit of the virtual schools covering the 2011 to 2019 period concluded public funds were misappropriated through malfeasance, misfeasance, and/or nonfeasance by the virtual school officials — paving the way for Rokita to seek repayment through the courts.

"The State Board of Accounts is committed to creating a culture of accountability where public officials and institutions are held to the highest standards," State Examiner Paul Joyce said. "We appreciate the attorney general for bringing this action on behalf of all the citizens of the state of Indiana."

Court records do not yet list an attorney representing the virtual school defendants, which include individuals and businesses associated with the schools' administration, business managers and contractors.

The Republican attorney general said local and federal prosecutors also have been alerted to the audit findings for potential criminal charges.

The outcome of the state's civil lawsuit in this case could hinge on a similar, pending legal dispute involving two former School Town of Munster superintendents accused by the attorney general of unlawfully sweetening their pensions.

At issue is whether the attorney general is permitted to seek repayment based on a State Board of Accounts special audit looking back years in the past, when state audits conducted at the time uncovered no malfeasance.

The Indiana Supreme Court last year suggested in a different case that civil recovery based on a special audit is permissible. But it directed Lake Circuit Judge Marissa McDermott to determine how the high court decision applies to the Munster superintendents.

She ruled in October the attorney general's case against former Superintendents William Pfister and Richard Sopko could proceed.

The superintendents, however, are insisting their extra pension payments were lawful, and the state's lawsuit against them should be dismissed.

The next hearing in the Munster case is scheduled for July 28. 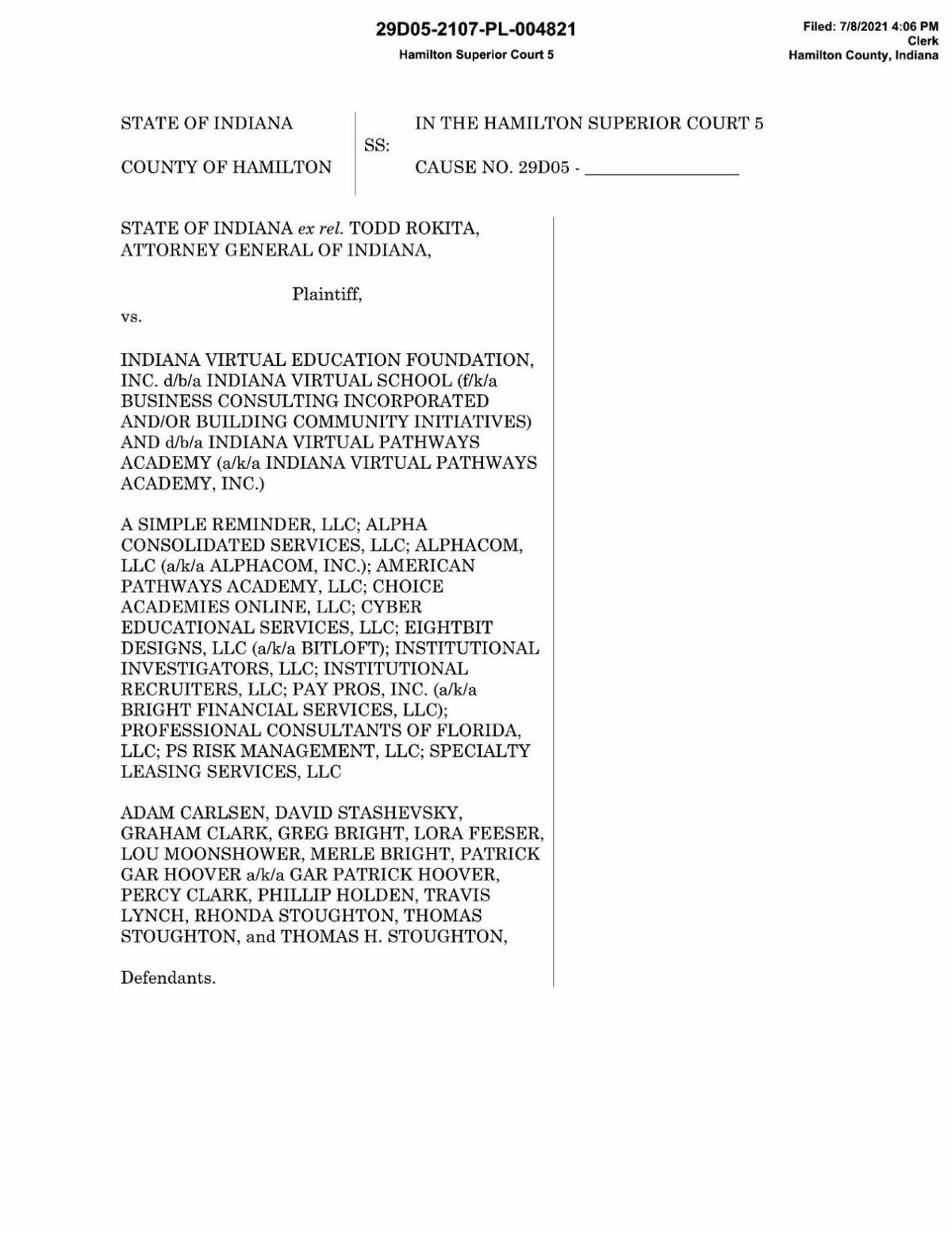 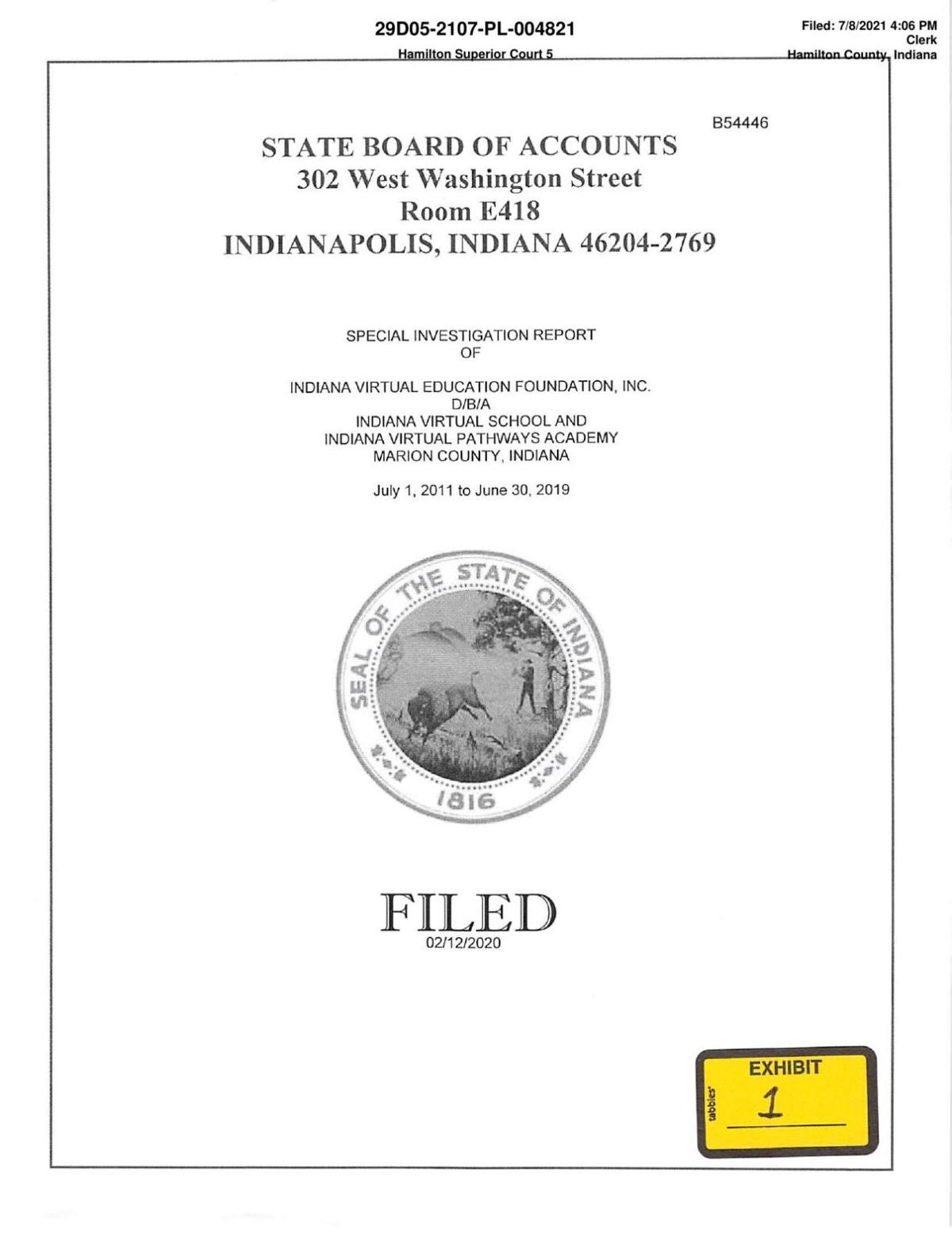 DALEVILLE, Ind. — Two Indiana online charter schools accused of inflating their enrollments by thousands of students are losing their authoriz…

DALEVILLE, Ind. — A lawyer for two Indiana online charter schools accused of inflating their enrollments says they have essentially shut down …

Police are investigating a shooting that injured a man near a Merrillville auto parts store Thursday afternoon.