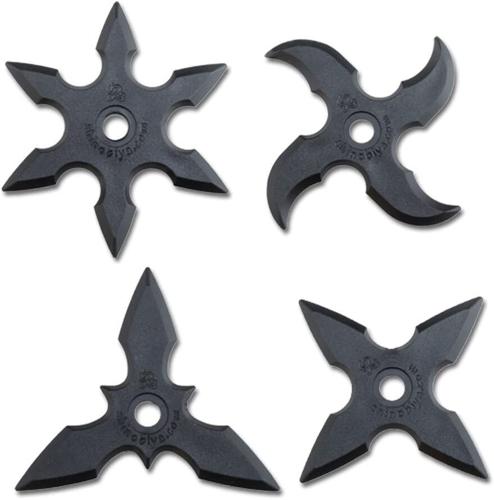 The manufacture, possession or use of metal throwing stars, similar to these Shinobiya rubber replicas, has been prohibited in Indiana since 1985. 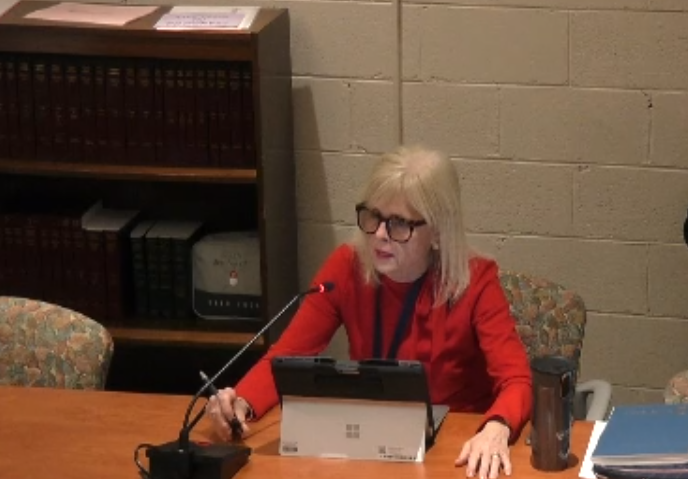 State Sen. Liz Brown, R-Fort Wayne, speaks Tuesday at the Senate Committee on Corrections and Criminal Law about her proposal in Senate Bill 77 to partially legalize the use of throwing stars in Indiana.

A moral panic fueled by dramatic slayings in martial arts movies and television shows spurred Indiana lawmakers in 1985 to ban the manufacture, possession or use of what they labeled at the time as "Chinese throwing stars."

Nearly four decades later, when just about any Hoosier adult legally can carry an AR-15-style semiautomatic rifle into their Sunday School class, under most circumstances, Indiana's throwing star ban may finally be repealed — in part.

The Senate Committee on Corrections and Criminal Law voted 8-0 Tuesday to authorize ax-throwing bars and similar businesses to acquire throwing stars and make them available to their customers to safely throw on the premises of the business.

A throwing star is an easily concealable, star-shaped, knife-like weapon with blades set at different angles that can disable a target when it's thrown at the eyes, face, hands or feet.

Under Senate Bill 77, it would remain a Class C misdemeanor, punishable by up to 60 days in jail and/or a $500 fine, for a Hoosier to manufacture, possess or use a throwing star outside of a throwing star business.

State Sen. Liz Brown, R-Fort Wayne, said she has no real interest in throwing stars but agreed to sponsor the measure when state Sen. Linda Rogers, R-Granger, told her a business in her district wanted to offer throwing star throwing but was blocked by Indiana's ban.

"I am not going to attempt to do a demonstration today. But I would be happy to if that's what it takes to move the bill," Brown joked.

State Sen. Rodney Pol, D-Chesterton, suggested the measure may need to be revised because it allows children as young as 12 to patronize a throwing star business, assuming it's not a 21-and-up facility, without necessarily needing parental consent.

The committee chairman, state Sen. Aaron Freeman, R-Indianapolis, suggested Pol likely would find support for that change from the Senate Republican majority if he proposed it as an amendment next week when the legislation is evaluated by the full chamber.

Joel Wieneke, an attorney with the Indiana Public Defender Council, told the panel an even better solution would be simply to eliminate the throwing star ban altogether since the law rarely is enforced, may run afoul of the 2nd Amendment and additional state statutes already provide appropriate penalties for individuals who endanger others while using a weapon.

However, should a partial ban remain on the books, both Wieneke and Senate Democratic Leader Greg Taylor, D-Indianapolis, applauded Brown for striking the "Chinese" appellation from the throwing star law.

"I'm for federal legislation, I'm for stronger laws at the state level, whatever we can do, to save lives, to protect babies," said U.S. Rep. …

Indiana taxpayers this year have until April 18 to submit their state tax documents and pay any taxes owed. Federal income taxes also must be …

"We have a county assessor. Why do we need two?" asked state Rep. Jim Pressel, R-Rolling Prairie.

State lawmakers weigh appointed vs. elected school board for Gary

The town still can ask the Indiana Supreme Court to consider reviewing the appellate decision, and likely will do so with so much money at stake.

State Sen. Mike Bohacek, R-Michiana Shores, recently was presented a 2022 Legislative Excellence Award by the directors of the Indiana Prosecu…

The applied 7% sales tax on Indiana gasoline purchases will be 17.2 cents per gallon in February — down from 19.9 cents a gallon currently, an…

"I believe this is too important that it shouldn't be an afterthought tacked on to something else," said state Sen. Mike Gaskill, R-Pendleton.

The Indiana House voted 89-8 reclassify the crime of killing a law enforcement animal as a level 5 felony, one step higher than its current cl…

Records show the Lake County election officials training fund is stuffed with more than $650,000 and poised to increase by $65,000 this year.

"Cross-border crime from Illinois is the number one challenge we face as a department," said Hammond Police Chief William Short.

Did you know that these small insects can create ocean currents?

Did you know that these small insects can create ocean currents?

The manufacture, possession or use of metal throwing stars, similar to these Shinobiya rubber replicas, has been prohibited in Indiana since 1985.

State Sen. Liz Brown, R-Fort Wayne, speaks Tuesday at the Senate Committee on Corrections and Criminal Law about her proposal in Senate Bill 77 to partially legalize the use of throwing stars in Indiana.