Investigators ID potential cause of house fire that injured 7, including 3-year-old girl
Share this
Return to homepage × 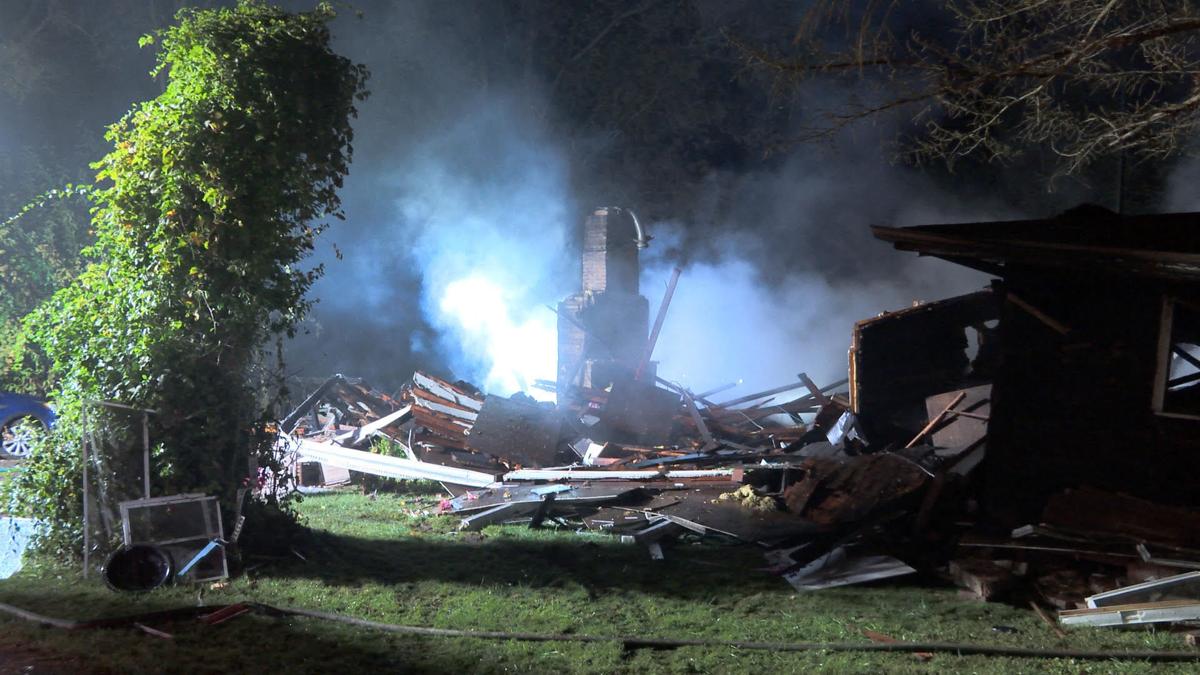 Smoke streams from the wreckage of a burned house Thursday in Porter. Crews responded to the home after receiving reports of a possible explosion at the residence. 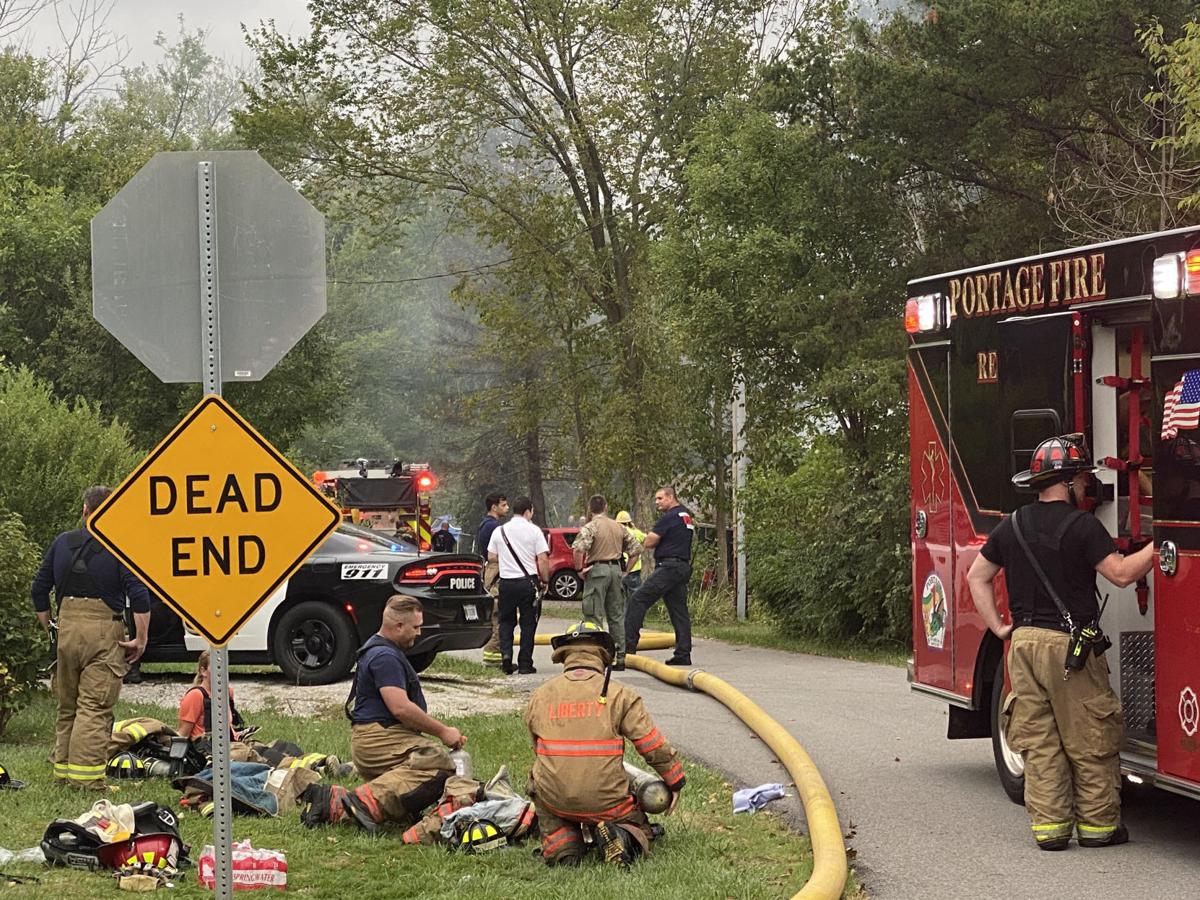 First responders from several agencies gathered in the 480 block of North First Street in Porter Thursday afternoon to extinguish a blaze. 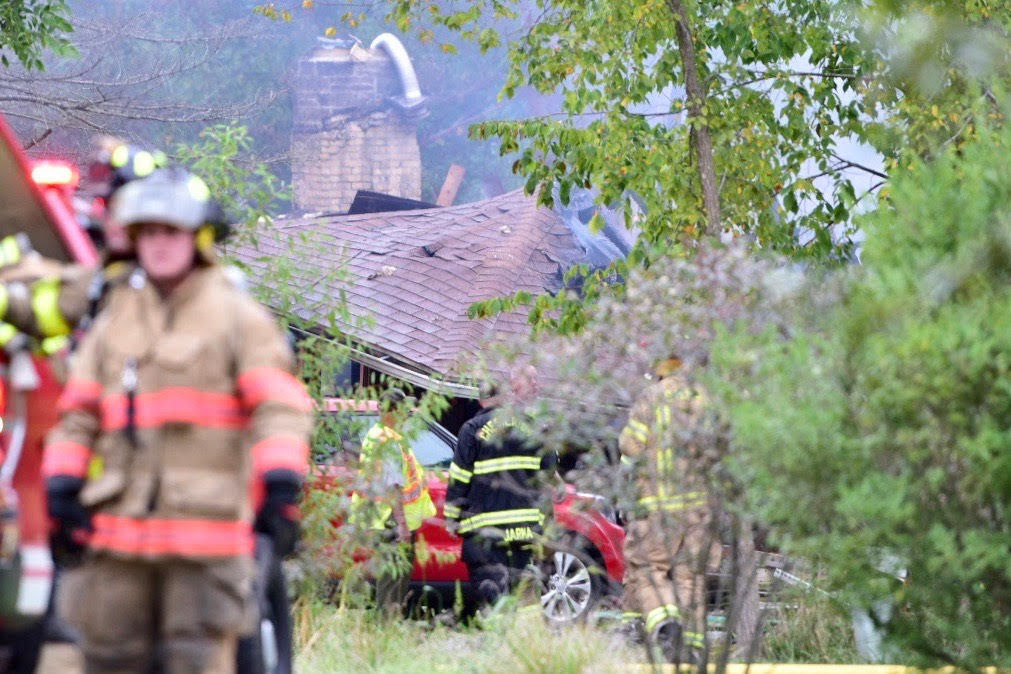 A house appears to be collapsed after a fire broke out at the residence Thursday in Porter.

PORTER — A natural gas explosion is suspected of setting off a house fire Thursday night that injured seven people, including a 3-year-old girl.

The 3-year-old girl was airlifted to a Chicago hospital and the others were taken to other hospitals for treatment, according to the state fire marshal's office.

The case remains under investigation by state and local fire officials, a spokesman with the Indiana Department of Homeland Security said late Friday morning.

Porter Fire Chief Jay Craig said Friday morning that three of the seven people inside the home at the time of the fire have been released from the hospital.

The identities of those injured are not being immediately released, he said. The status of those remaining in hospital care is unknown.

The 3-year-old was airlifted to University of Chicago Medicine Comer Children's Hospital in Chicago, Craig said. Others were taken to Porter Regional Hospital, Franciscan St. Anthony Health in Michigan City and Memorial Hospital in South Bend.

The fire occurred around 4:30 p.m. Thursday at a single-family home in the 400 block of North First Street at the northeast corner of U.S. 20 and Ind. 49, Craig said.

A resident living less than one-half mile from the site said he heard an explosion that shook his house. He walked outside and saw fire and smoke.

Firefighters were met with heavy flames in the back of the home and damage throughout the structure, Craig had said. They learned upon their arrival that the 3-year-old was trapped inside the house.

"We had several bystanders and law enforcement show up and through collective efforts of all of them they were able to find the 3-year-old and get her out and to the ambulance," he said. "Also during that search they found another female trapped in the building and were able to get her out and stabilized, waiting for additional EMS services."

A female and an infant were trapped inside the home, said Porter Fire Chief Jay Craig. Both were rescued and the infant was airlifted to a hospital.

The female's mother said when she arrived home, she watched the footage from the camera and found recordings of not just her daughter, but also her son's girlfriend in the shower, according to the report.

Smoke streams from the wreckage of a burned house Thursday in Porter. Crews responded to the home after receiving reports of a possible explosion at the residence.

First responders from several agencies gathered in the 480 block of North First Street in Porter Thursday afternoon to extinguish a blaze.

A house appears to be collapsed after a fire broke out at the residence Thursday in Porter.