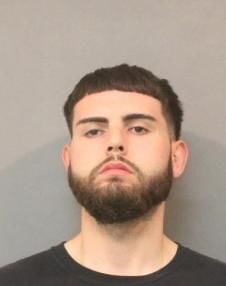 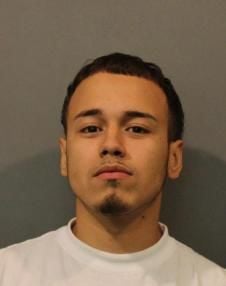 CROWN POINT — A Lake Criminal Court judge this week granted bail for a man charged with murder in a fatal shooting at a Hammond tire shop last year after an alleged road rage confrontation.

Attorneys for Ricky A. Scott III, 23, of Hammond, wrote in court filings he more likely than not "properly acted in self-defense" during a shootout May 5 that killed Uriel Arambula, 25, and wounded Arambula's brother, Scott, and Scott's co-defendant, Orlando Berrios, 24, of Hammond.

The shootout capped off a series of events that began with a crash on Cline Avenue involving Berrios and the Arambulas' male friend, who was driving a maroon or red pickup truck.

The pickup driver refused to stop, so Berrios began chasing him in a white Infiniti, according to court records.

Berrios' passenger called Scott for help during the chase, and all of the vehicles ended up at the Arambulas' business, Adrian's Tire Repair, in the 1100 block of Michigan Avenue in Hammond.

Berrios punched the pickup truck driver and knocked him down, and a fight broke out involving Berrios and Scott and the Arambulas, who came to the pickup driver's defense.

A firearms examiner for the Lake County Sheriff's Department testified all 30 spent shell casings collected as evidence in the case were fired from two guns, including 14 rounds fired from Uriel Arambula's CZ Model P-07 handgun and 16 rounds fired from Scott's Springfield Armory handgun.

Scott has pleaded not guilty to murder, intimidation and criminal recklessness, and two misdemeanor counts of reckless driving.

Berrios has pleaded not guilty to felony charges of intimidation, criminal recklessness and battery, and two misdemeanor counts of reckless driving.

Defense attorneys Paul Stracci and Michael Woods wrote in court filings the evidence showed Scott more likely than not greatly feared Uriel Arambula was going to shoot him, and that a reasonable person would have felt the same.

By the time Scott drew his gun, he had been pursued by the Arambula brothers, struck by one of them as he held up a hand to signal his withdrawal from the fight and communicated police were on the way, struggled — and lost — with Uriel Arambula for control of Arambula's gun, was attacked from behind by Arambula's brother with fists and a wrench, and chased through a gap between two cars, the defense said.

Scott did not fire his his gun until Uriel Arambula entered the breach between cars where Scott had retreated and raised a gun toward Scott, the attorneys wrote.

Lake County prosecutors wrote it was Berrios and Scott who initiated and continued combat during the car chase, fight and shooting at the tire shop.

"This is a a road rage incident involving, at most, property damage that led to a murder perpetrated by Ricky Scott, an overly aggressive vigilante who had no business even interjecting himself in the incident," Lake County Deputy Prosecutor Veronica Gonzalez wrote.

There was no testimony or evidence presented during Scott's bail hearings to show Scott or Berrios clearly communicated an intent to end the fight or withdraw, she wrote.

During a "brief interlude" in the fight, Scott can be seen — in footage from multiple cameras — "stepping backwards with his hands raised before again resuming an aggressive stance and stepping forward, dodging a punch and then continuing to fight with the Arambulas," Gonzalez wrote.

Defendants charged with murder typically are not afforded bail, unless a court determines the presumption of guilt is not strong. The state must prove by a preponderance of the evidence that the defendant likely committed the crime and that the crime is murder, not a lesser offense such as voluntary or involuntary manslaughter.

Judge Diane Boswell agreed with recommendations from Magistrate Kathleen Sullivan, who presided over Scott's bail hearings, and granted a bail for Scott of $150,000 surety or $15,000 cash.

Scott posted the bond Monday. His next court date is set for May 4.

Two men killed a tire shop employee and wounded his brother during a fight over a crash, court records show.

A Hammond man was charged with shooting at another man in retaliation for a road rage homicide earlier this month, court records show.

In 2021, there have been 12 Illinois State Police cars struck and seven state troopers injured as a result of drivers violating Scott's Law.