Judge Mary Harper hanging up robes early after 35 years; ending long list of firsts as a female
Share this
{{featured_button_text}}
1 of 2 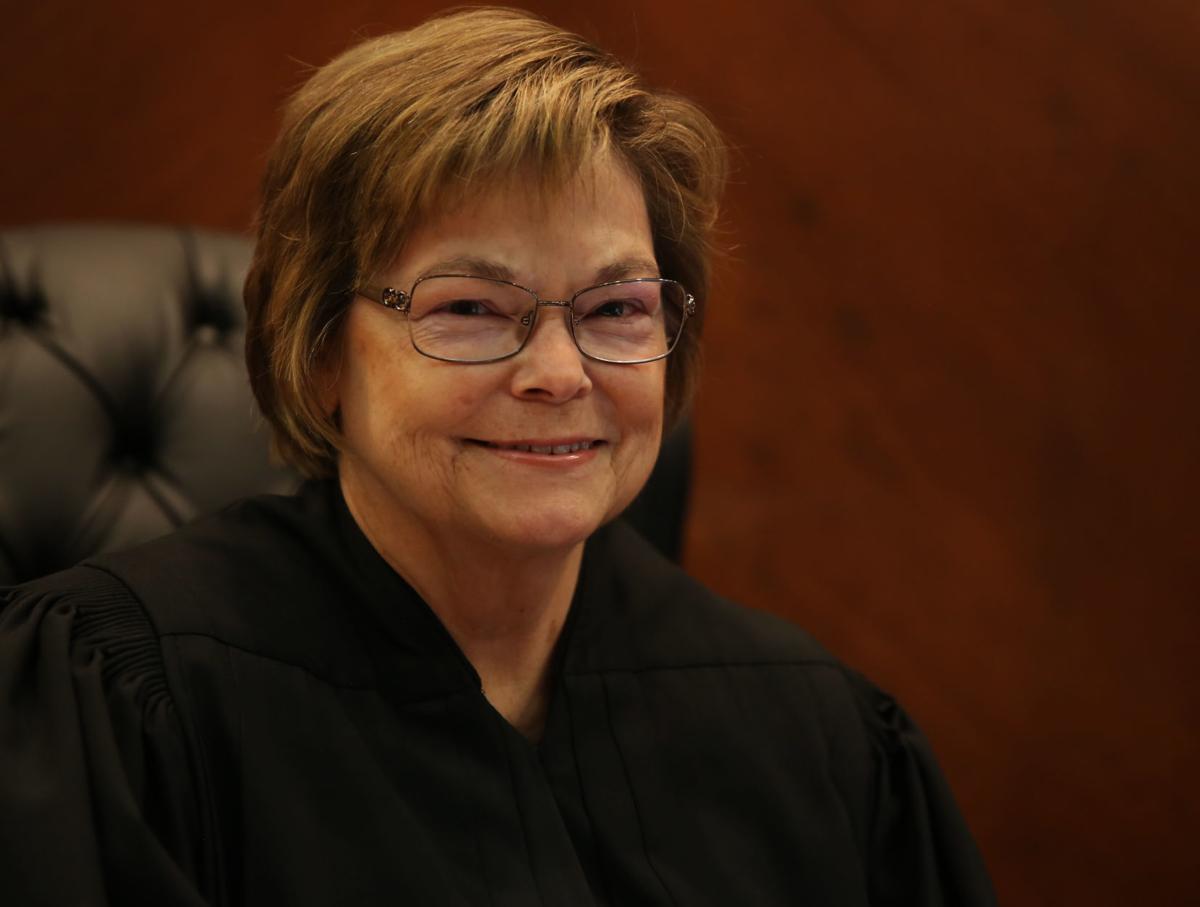 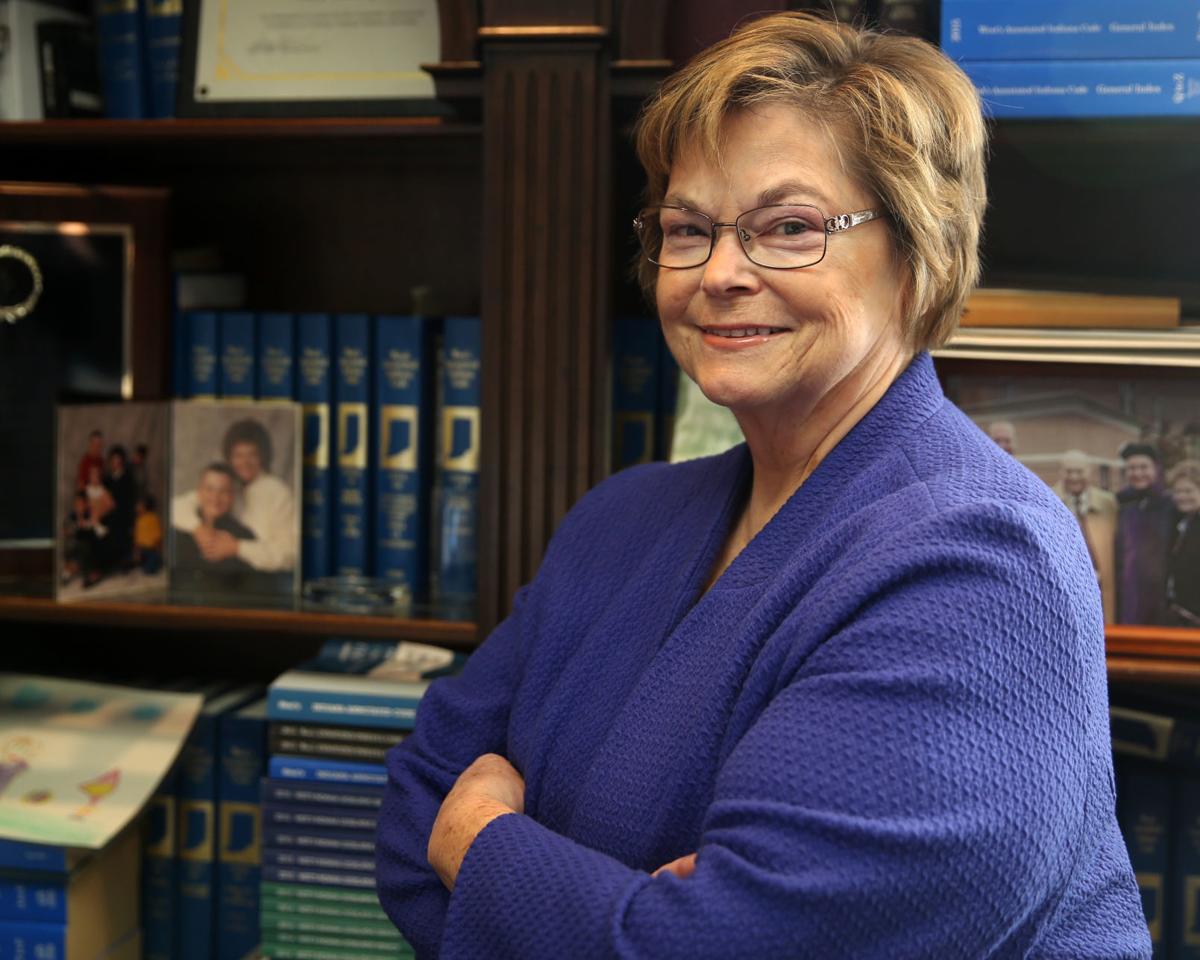 VALPARAISO — Porter Circuit Court Judge Mary Harper said she once read it takes 12 years for a new judge to learn the job.

"But they also say at 24 years you're burned out," she said with a laugh.

Harper said she is not burned out. But after 35 years in office and qualifying as the longest serving female judge in the state, and just about the first female everything in Porter County's legal system, she is stepping down.

She dropped a retirement letter in the mail Tuesday morning bound for the offices of Gov. Eric Holcomb and Indiana Chief Justice Loretta Rush. Harper plans to leave her post at year's end, intentionally leaving with a year to go on her term to allow her successor time to learn the job while running for the post.

"It's time," she said of her departure. "It will be sad for me because I really do love my job."

"I have a really strong commitment to justice and do the work that should be done on the court," she said.

Porter County's other senior-most judge, Porter Superior Court Judge Roger Bradford, has also announced he will not be seeking re-election when his term ends at the end of next year. With his nearly 40 years of service, the pair will walk away with more than 75 years of judicial experience between them.

Harper, who believes women have it much easier these days in the area of law, is a graduate of the Valparaiso University School of Law, which she completed in an accelerated two and a half years.

The South Bend native decided to remain in Porter County and said she went to work in 1975 at the local prosecutor's office. She worked her way up to the chief deputy post before leaving in 1981 to pursue a private legal practice, where she found herself on the opposite side of the courtroom, defending those she had been seeking to lock up.

She took another big leap in 1984 by running against and defeating incumbent judge and fellow Republican Terry Johnston.

After winning a general election challenge against Democrat Thomas Webber, who later made it to the bench himself, Harper spent the next 12 years handling small claims and misdemeanor cases before running for her current circuit court seat that was left open by the retirement of Raymond Kickbush.

The leap to circuit court, which she has held onto through three additional elections, put more serious, felony-level cases before her. But what drew her to seek out the post was its role in running the county's juvenile system.

She now oversees a staff of 100 employees (some part-time) and multiple budgets, which is a big part of the reason she feels her successor needs to spend time learning the job.

Harper also believes that to be successful, her replacement will need to be connected to the various shakers and movers in Indianapolis. She said she was once attending 400 meetings a year locally and elsewhere.

"The cases are the easiest part of the job and they're tough," she said. "But it is still a job to love."

Harper said she has a great staff and colleagues.

While her immediate plans upon retirement call for spending a month in Hawaii "to adjust," Harper plans to return to serve as a senior judge so as to continue paying back all the training, time and money the state has invested in her.

Retirement will allow her more time to fully enjoy her love of country music, which she returned to as a much needed escape after a particularly tough period of several death-related criminal cases.

Harper's replacement for the remainder of her term will be named by Gov. Eric Holcomb.

Local attorney Mitch Peters got a jump on the pack expected to file as candidates for Bradford's and Harper's seats. Peters, who serves as a county public defender, announced he is seeking the Democratic nomination for Harper's seat.

More in This week in local crime news: Family protests outside of police station; sources ID Gary cop who fatally shot man during weekend call (26 of 42)

GRIFFITH — A 53-year-old woman was treated at a hospital for injuries after an unknown man broke into her home late Tuesday night, demanded mo…

INDIANAPOLIS — The first female leader of Indiana's highest court is getting another five years in the job.