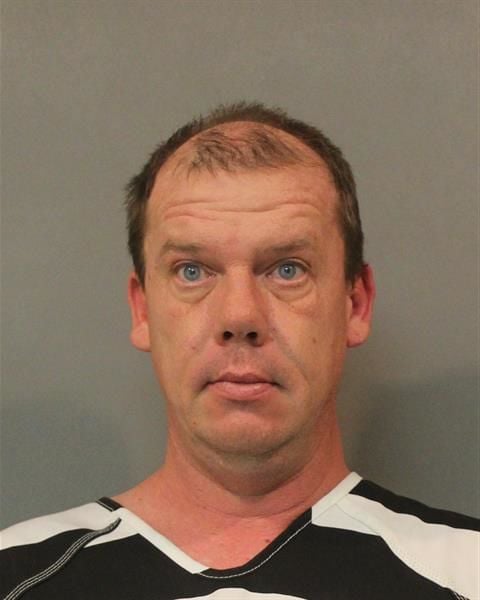 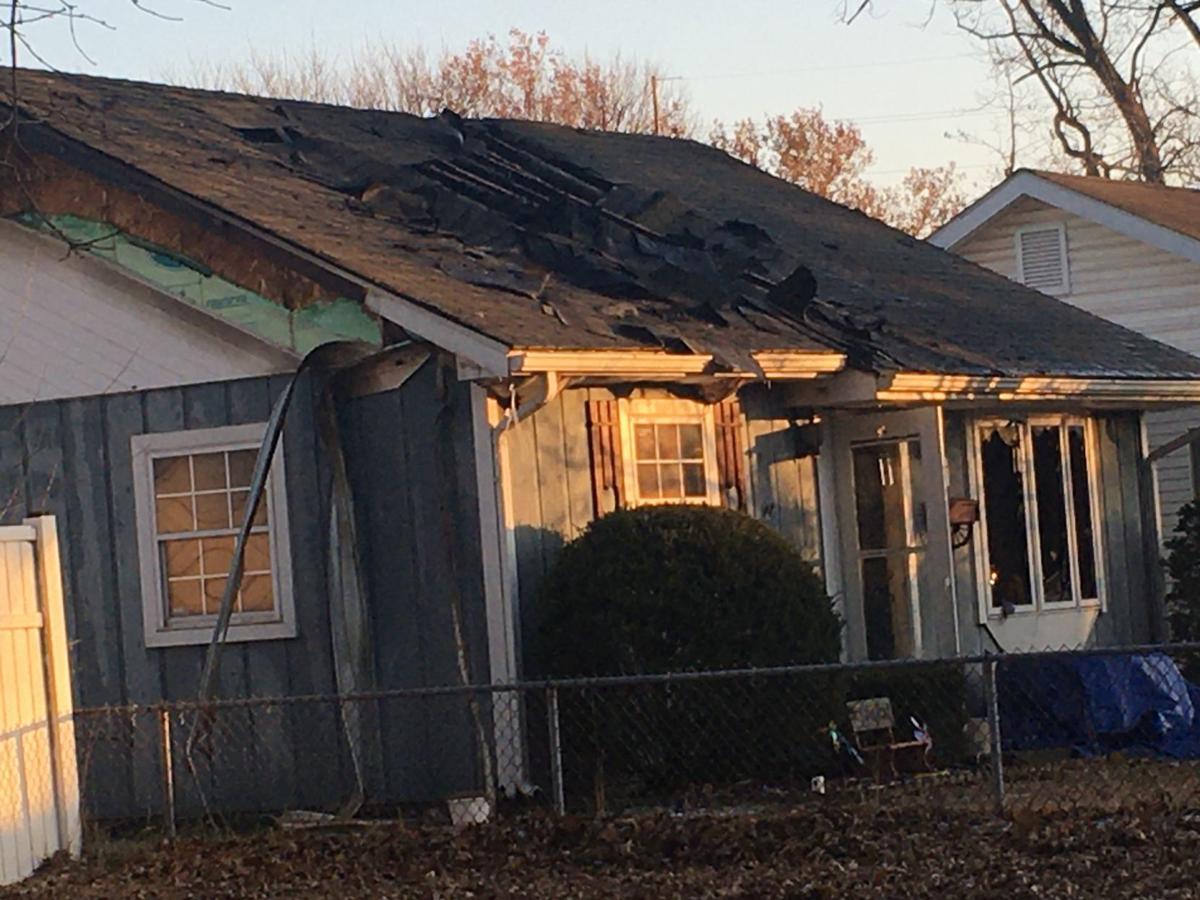 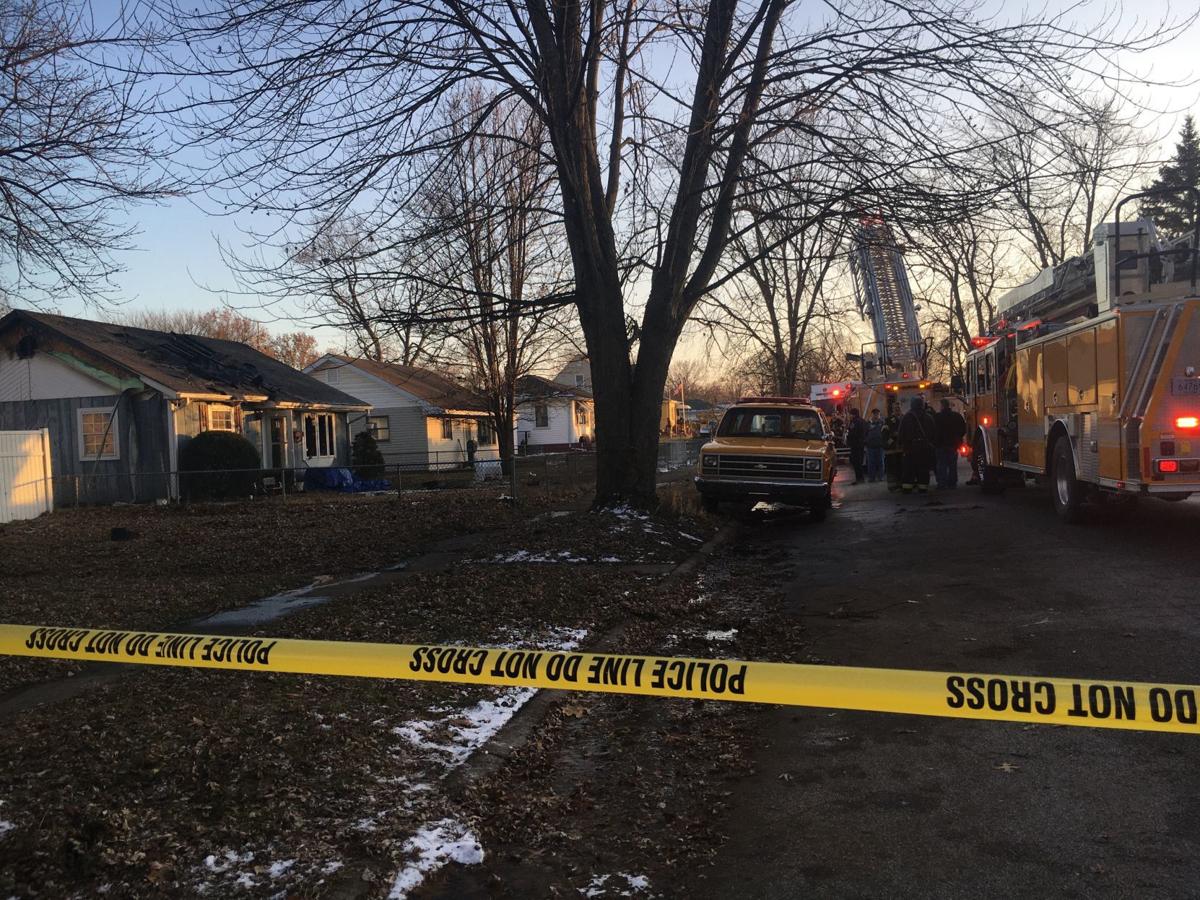 GRIFFITH — A Griffith man previously told relatives he would kill himself or prompt police to shoot him to avoid going back to jail, according to police reports.

On Tuesday, part of that promise appeared to have unfolded, according to a Griffith police report.

A series of violent disturbances this year involving that man led up to a police response to a burning Griffith home Tuesday.

That's where they discovered Brian Taylor, 44, who already was wanted by police, suffering from a self-inflicted gunshot wound.

Taylor was alive when police arrived 2 p.m. Tuesday, but he died at about 4 a.m. Wednesday from his injuries after being airlifted to University of Chicago hospital, according to a news release from the Griffith Police Department.

Court records show police were called to the home in the 200 block of Jay Street twice since May for domestic disturbances involving Taylor.

The victims in those cases are listed in police reports as two female family members, including a 12-year-old and his wife.

Griffith police said a Dec. 13 police report states Taylor allegedly told his mother in the past that he would kill himself or force police to shoot him to avoid going back to jail.

Griffith Cmdr. Keith Martin said Taylor was being housed at the Kimbrough Corrections Center in Crown Point in connection with a May incident in which he strangled a female juvenile in the home.

When authorities first arrived on scene at 2 p.m. Tuesday in Griffith, they were met with flames shooting through the roof and a blaze that made it too dangerous to enter the home. Because of officers' prior knowledge of volatile situations at the home, personnel on scene were warned that Taylor was wanted on a warrant and possibly armed, though his presence in the home was unknown at the time.

As an officer was trying to secure the rear of the scene, the officer heard a vehicle running inside the rear detached garage, Martin said. After forcing themselves into the garage, police found a garage filled with exhaust fumes, engine oil covering the garage floor and Taylor suffering from a gunshot wound to the head in the vehicle.

It was later discovered that the oil drain plug had been removed from the vehicle.

The handgun was in Taylor's grasp, Martin said.

Taylor was treated on scene and then taken from the home by ambulance.

The house was badly damaged by the fire, and four dogs died in the blaze, police said.

Because of the fire's suspicious nature, the state fire marshal was called to investigate, police said.

A female resident who lives in the home reported to police on Dec. 13 that Taylor, who was allowed to leave the Kimbrough prisoner work-release facility with her for a dentist appointment, left with the vehicle on an errand but never returned.

She told police she became concerned when she found her purse, previously left in the car, on the garage floor. Taylor's handgun also was missing.

Griffith police put out a bulletin to other police departments to be on the lookout for Taylor, now believed to be armed, and checked locations he was known to frequent, Martin said.

On Dec. 16, Griffith police learned Taylor called the woman Dec. 15 from a blocked phone number and told her she could pick up her car from a location in DeMotte and that he planned to turn himself in to police the next day. When he didn't turn himself in, police put out the bulletin.

"Due to his failure to turn himself in and now believed to possibly be traveling, another 'officer safety' and 'be on the lookout' message was sent to police departments in a broader area," Martin said.

Taylor was not located until the incident at the Jay Street home Tuesday, Martin said.

Court records show Griffith police responded at 12:39 a.m. May 13 to the home for reports of Taylor attacking and strangling a juvenile female relative. When they arrived, several men were standing outside the house yelling for the officer to hurry up and get inside.

Fearing for the juvenile's safety, the officer quickly ran up to the front door to prevent Taylor from locking him out, court records state.

When Taylor refused to follow orders and exit the home, the officer asked Taylor to explain his side of the story to keep the situation calm, court records show.

A strong odor of an unknown alcoholic drink was emitting from Taylor's breath at the time, and he appeared highly intoxicated, swaying back and forth, the officer observed.

During that investigation, police spoke with Taylor's self-identified fiance, who stated a female relative of Taylor's refused to go to bed, so Taylor grabbed the girl off the couch and threw her to the ground, placed her in a headlock and dragged her down the hall, court records show.

He allegedly struck his fiance, too, but stopped when another male relative walked in the door.

The fiance's son, a juvenile, reportedly witnessed the violence, watching Taylor choking the female relative and slamming her against the wall, court records state.

Griffith police returned to the home Nov. 21 after a female, who identified Taylor as her husband, said Taylor returned home that night heavily intoxicated after a night out drinking with his friends, court records state.

At one point, Taylor grabbed the phone from his wife and smashed it against the wall, stating, "Now try to call someone you (expletive)!"

He then pushed his wife onto a bed and began to choke her, the police report states.

After she freed herself, she called 911.

At the time of the November incident, Taylor had an active criminal "no contact" order against him for the pending May case in which he allegedly strangled the female relative. Because of the order, Taylor should have been barred from being at the home if the female victim was present.

The no-contact order was signed June 11.

At the time of his death, Taylor had an active warrant for his arrest. He was charged Dec. 13 with failure to return to lawful detention, court records show.

Attorneys for one of the victims, Dayna Less, said Less would still be alive had hospital staff taken steps to prevent the shootings.

VALPARAISO — While she focused on those gathered Tuesday morning in the small juvenile courtroom as part of a daylong adoption event, 11-year-…

Cop accused of putting gun in a woman's mouth, among counts of violence

A Merrillville police sergeant faces seven felonies following an investigation into domestic violence accusations, including an instance in wh…

Chicago duo convicted of killing boy get decades in prison

The 9-year-old boy was repeatedly shot after being lured into an alley with the promise of a juice box.

Trapped in cages with no chance at escape, four dogs died in a house fire where police found a male resident suffering from a self-inflicted gunshot wound on the property.