Man said he was 'set to take out a Russian spy' before pulling gun in Schererville bar, police allege

Marijuana legal in nearby Michigan, but high times end at Indiana border
Share this
{{featured_button_text}}
1 of 2 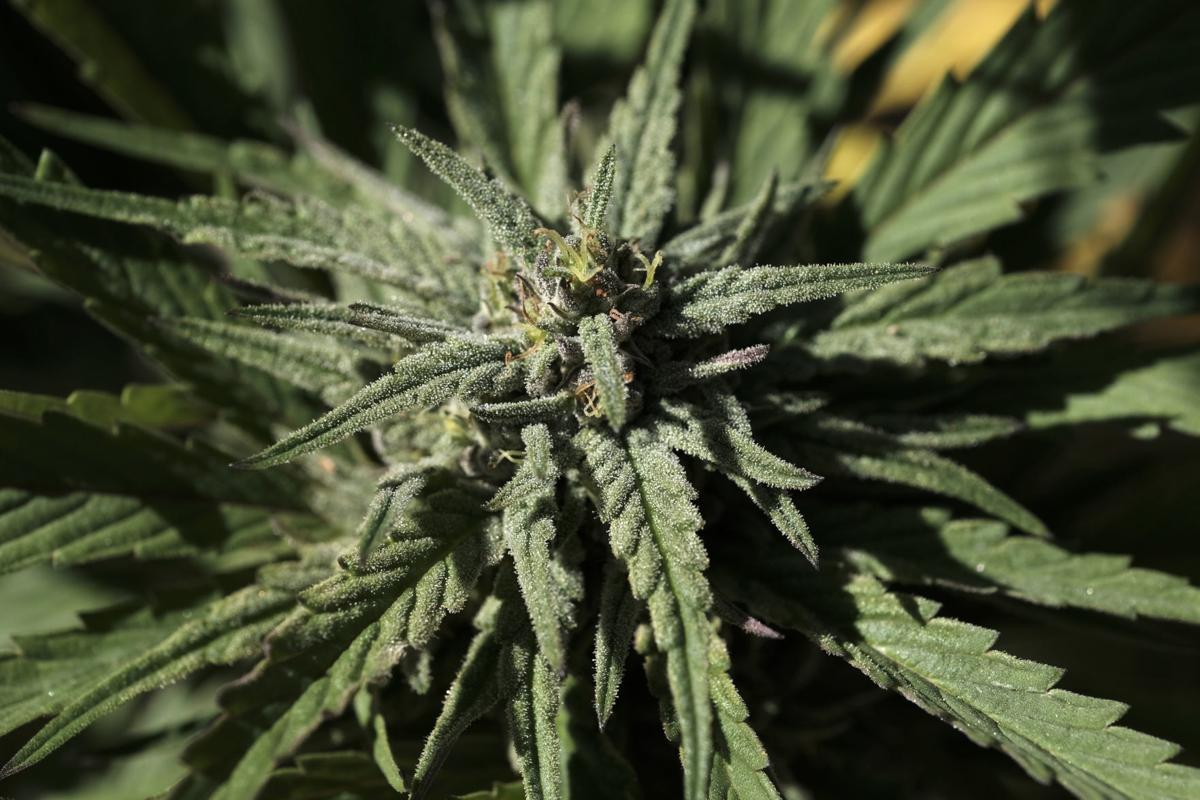 This Sept. 11, 2018 photo shows a budding marijuana plant within weeks of the harvest at SLOgrown Genetics in the coastal mountain range of San Luis Obispo, California. Michigan voters have made their state the first in the Midwest to legalize recreational marijuana. Voters passed a ballot measure Nov. 6, 2018 that will allow people 21 or older to use the drug. 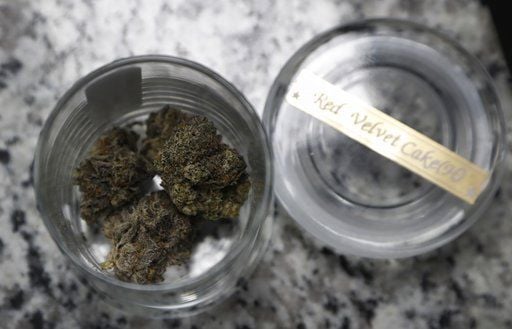 While adults 21 and over are able to legally light up a joint or otherwise consume marijuana in nearby Michigan starting today, the high times stop at the Indiana state line, according to Hoosier officials.

"It changes nothing in my mind," Indiana Gov. Eric Holcomb said Monday about Michigan's new adult-use marijuana law that was approved by voters during the recent midterm election. "Right now, it's a crime."

Holcomb said he is open to the potential for medicinal use of marijuana among Hoosiers. But not until the benefits have been studied further and the federal government, which continues to outlaw marijuana, further clarifies the issue.

"So states don't approach it as a hodgepodge way of collecting revenue," he said.

But those behind the successful Michigan referendum said learning from the state's experience with enacting the lottery in the 1970s, they purposely did not overstate the potential tax benefits from the sale of legal marijuana, according to Josh Hovey, spokesman for the Coalition to Regulate Marijuana Like Alcohol.

Rather, the main argument presented to voters was the need to stop the wasteful prohibition against marijuana that has failed like it did with alcohol, he said.

"People aren't going to jail anymore or have felonies on their records," Hovey said.

These penalties have far-reaching and long-lasting effects on people's lives, including interfering with student loans and housing assistance, in addition to lost job opportunities, he said.

Some of the backers of the Michigan effort are uncomfortable with the comparison with alcohol because there are key differences, such as marijuana's medicinal benefits, Hovey said.

Can Hoosiers legally light up in Michigan?

Any adult 21 and over, not just Michigan residents, can possess up to 2.5 ounces of marijuana while in the state, he said. They can also grow up to 12 marijuana plants at a Michigan home and have up to 10 ounces under lock and key.

"Violations of the law would result in civil infractions or criminal charges, depending on the severity of the offense," according to the coalition.

The drug cannot be consumed in public or sold unless the person is an employee of a licensed and regulated marijuana business.

Stores selling adult-use marijuana products will not likely begin showing up until early 2020, according to David Harns, spokesman for the Michigan Department of Licensing and Regulatory Affairs.

The agency has a year from today to come up with the necessary regulations for the sale, procession and secure transportation of marijuana and begin offering business applications, he said. It then has another 90 days to approve or deny those applications.

"We expect to meet our deadlines," Harns said. "If that's done before, then that's good news."

While the state already regulates the sale of marijuana for medicinal purposes, it's not as easy as just using that same model, he said.

Niles, Michigan, just north of South Bend, is among the communities that has taken advantage of an option to block the opening of marijuana stores in its community, according to Police Chief James Millin.

Community leaders want time to see what the state regulations look like before considering allowing shops to open their doors, he said.

"They don't want to put the cart before the horse," Millin said. "I think it's a matter of time."

Better not bring it back to Indiana

Michigan is the 10th state to fully legalize marijuana and the first in the Midwest, Hovey said. A total of 31 states have approved marijuana for medicinal use.

The referendum victory was accomplished because of support from the more liberal urban areas of the state, because Michigan has allowed medicinal marijuana for a decade now and because it shares a long border with Canada that recently legalized marijuana nationwide, he said.

Polls also find that 66 percent of Americans favor legalizing marijuana, with more than 90 percent in favor of legal medicinal use, Hovey said.

Porter County Sheriff Dave Reynolds is not among those celebrating the legalization of marijuana in nearby Michigan.

"We have enough problems with substance abuse in our county and every county in Indiana," he said. "Just look at who is in our jails. We now have a terrible problem with middle school and high school students obtaining THC dabs and putting them in juuls devices and smoking them in schools."

"Legalizing marijuana in Michigan is very unfortunate and concerning for all law enforcement in Indiana," Reynolds said.

LaPorte County Sheriff Department Chief Deputy Ronald Heeg said his department is not planning any roadblocks or other similar efforts at the state line it shares with Michigan.

But he reminded Hoosiers that marijuana remains illegal in Indiana and anyone caught bringing any back into the state will face arrest.

"We'd be naive to think there won't a flow of people going into Michigan and bringing it back," he said.

"It's just business as usual," she said.

DETROIT — Michigan is officially the first state in the Midwest to allow marijuana for more than medical purposes.

With OK from Congress, US hemp market set to boom

PORTLAND, Ore. — Hemp is about to get the nod from the federal government that marijuana, its cannabis plant cousin, craves.

SPRINGFIELD, Ill. — Illinois dispensaries have begun to process applications for medical marijuana through a state pilot program that offers p…

Legal pot sales coming to Michigan, but finding a store could wreck your high

Michigan eyed as bellwether for legal pot in Midwest

Police: If manufactured pot edibles are coming into the Region, it's mostly going unnoticed

Report: Medical marijuana use up 80 percent in Illinois

CHICAGO — Medical marijuana use is up more than 80 percent in Illinois, with PTSD as the most common condition treated, according to a report …

Two Crown Point teens stared in silence at the city judge in a recent hearing, hesitant to reveal knowledge about the e-cigarettes they were c…

The neighboring state of Michigan will begin accepting applications Friday for those wishing to grow, sell, transport or otherwise take part i…

Keep pot out of our state or we'll bust you, NWI cops say

Within just a few hours of recreational marijuana being made legal in neighboring Michigan a year ago, an impaired motorist was nabbed driving…

This Sept. 11, 2018 photo shows a budding marijuana plant within weeks of the harvest at SLOgrown Genetics in the coastal mountain range of San Luis Obispo, California. Michigan voters have made their state the first in the Midwest to legalize recreational marijuana. Voters passed a ballot measure Nov. 6, 2018 that will allow people 21 or older to use the drug.