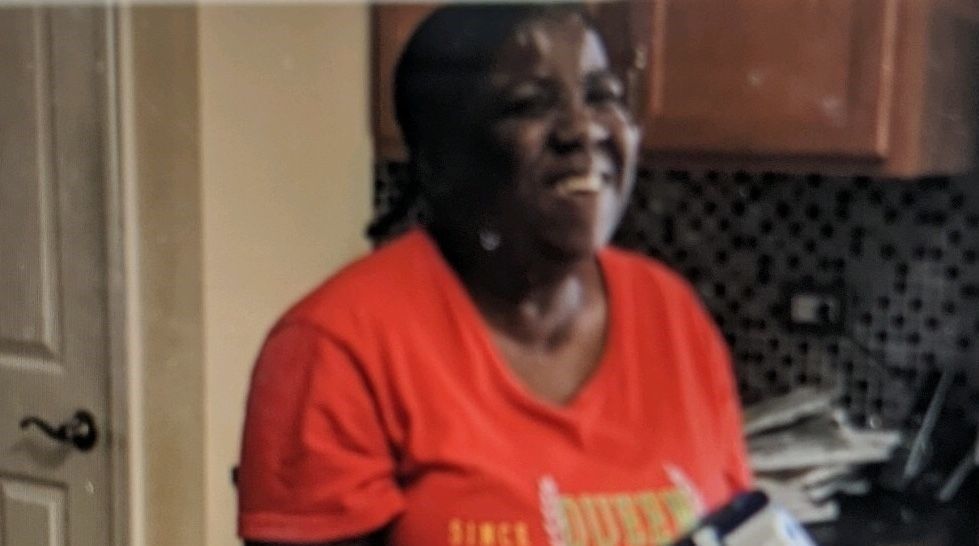 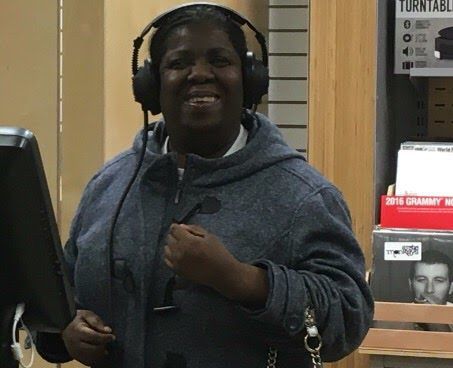 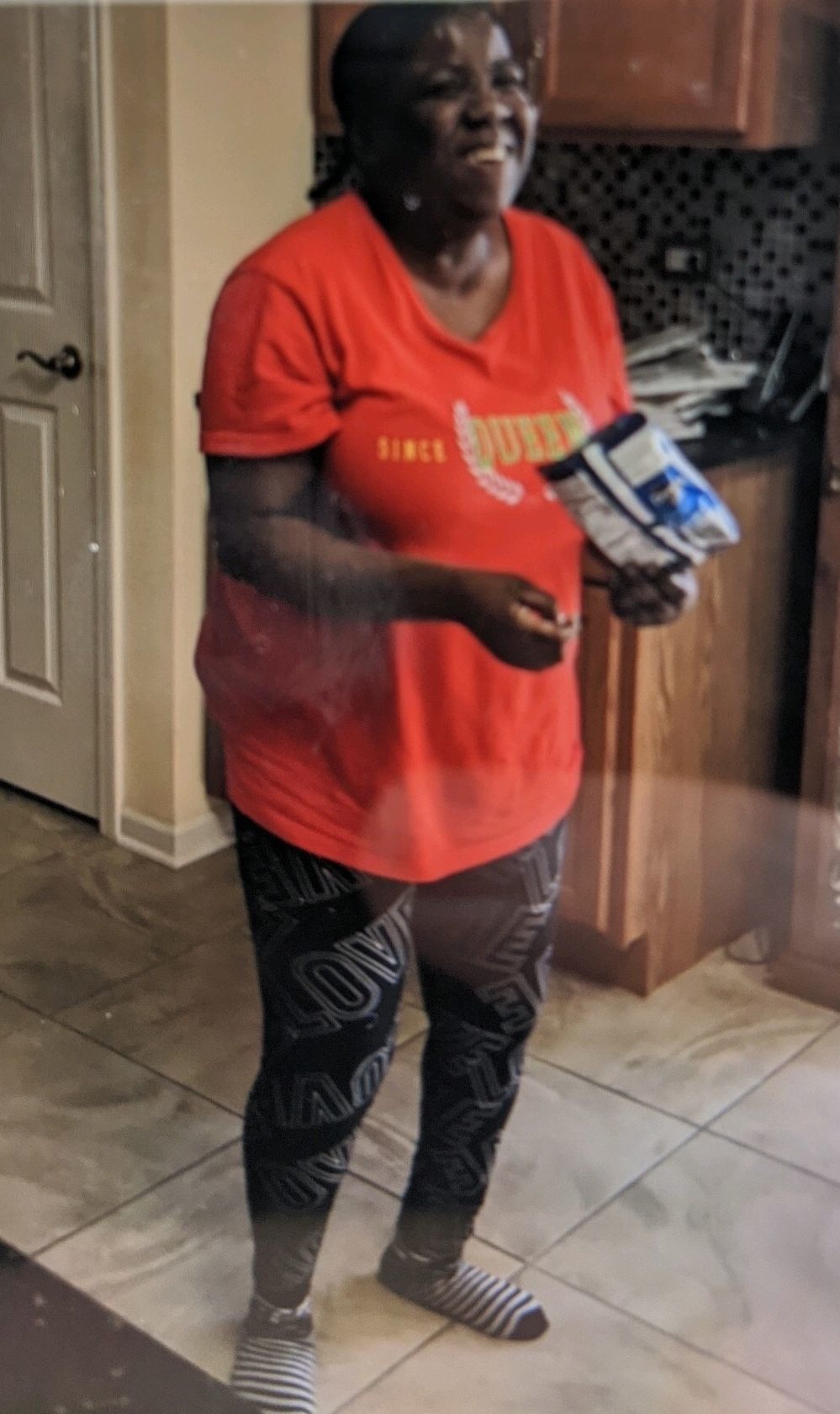 Police released an image of Dushawna, who was reported missing early Saturday.

The 48-year-old woman, named Dushawna, was last seen just before 6 a.m. Saturday walking way from her group home at 35th and Cline Avenue, according to police. Officers initially checked the area on foot, with a K-9 police dog and the Lake County Sheriff's helicopter, police said.

Dushawna has been described by caretakers as having the mental capacity of a young child.

Two employees in the area reported to police over the weekend having seen Dushawna in the area Saturday morning.

Video obtained by one of the employee’s nearby business shows the woman walking northbound from the area of River Road and Indiana Avenue and into the wooded lowland area before going out of view of the camera, police said.

A Griffith officer used an ATV to scour the lowland area, finding a white flip-flop sandal a few hundred feet from where Dushawna was last seen. The sandal matched that of the shoes she was believed to be wearing.

Due to inclement weather, helicopter units were unavailable to search the area after that finding, so Griffith K-9s were dispatched to the area.

Weather conditions forced the search to be suspended that night due to the area being un-navigable, police said.

On Monday, the area was searched again with use of the county sheriff's helicopter, the Hammond Police Department's drone unit, and the Indiana Department of Natural Resources' boat and ATV.

"The flooded area of the private property hampered search efforts and again had to be discontinued after several hours," police said.

"The area is still considered to be dangerous and citizens are prohibited from entering the property," police said.

Although much effort has been put into checking the areas she was last seen, police are still looking into the possibility that Dushawna is not in that area. Detectives will continue to follow up on any leads developed or provided.

Dushawna is described as an African American woman, about 5 feet tall and weighing about 180 pounds. She was is believed to be wearing blue jeans and a light-colored top, denim shirt or jacket.

Those who may have seen Dushawna or may know where she is at are urged to call 911 immediately. Griffith Detective Al Tharp can also be reached at 219-924-7503, extension 252.

5 important stories you need to know today: Indiana names all educators Teacher of the Year

When officers asked if he fired the gun and why, Lipscomb said the man's name and added, "Cause he took my manhood," records allege.

The 48-year-old woman, Dushawna Glover, was seen just before 6 a.m. May 16 walking away from her group home at 35th and Cline avenues, according to police.

Police released an image of Dushawna, who was reported missing early Saturday.