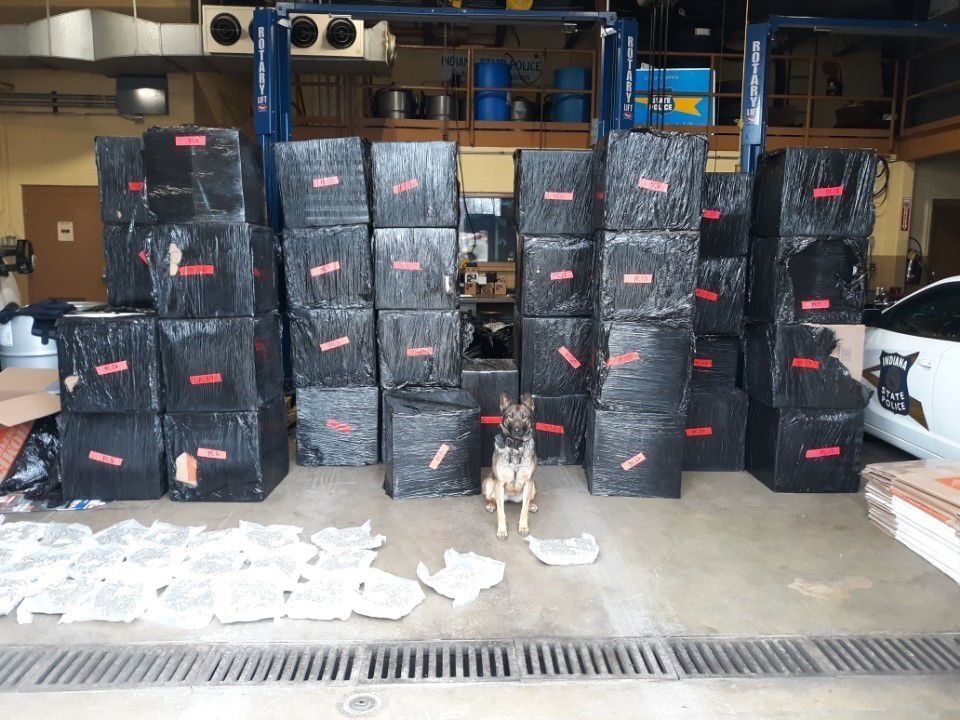 A police dog did an exterior sniff on the vehicle which led to police investigating further. 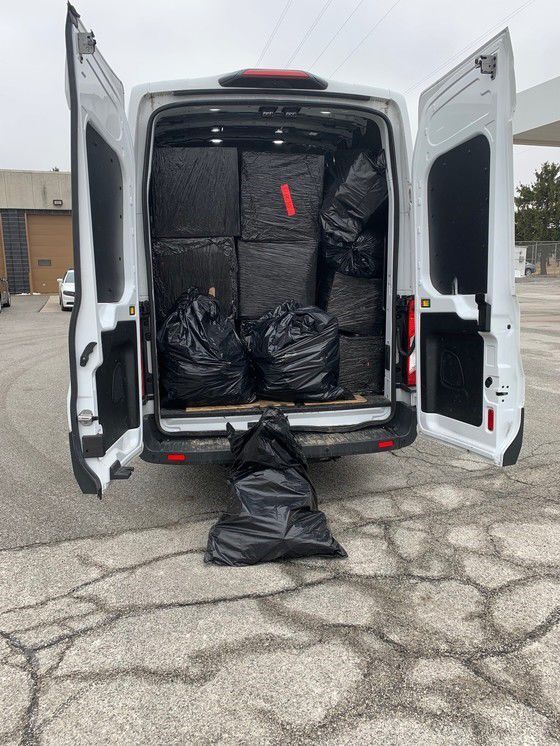 The vehicle was packed with containers of marijuana, police said. 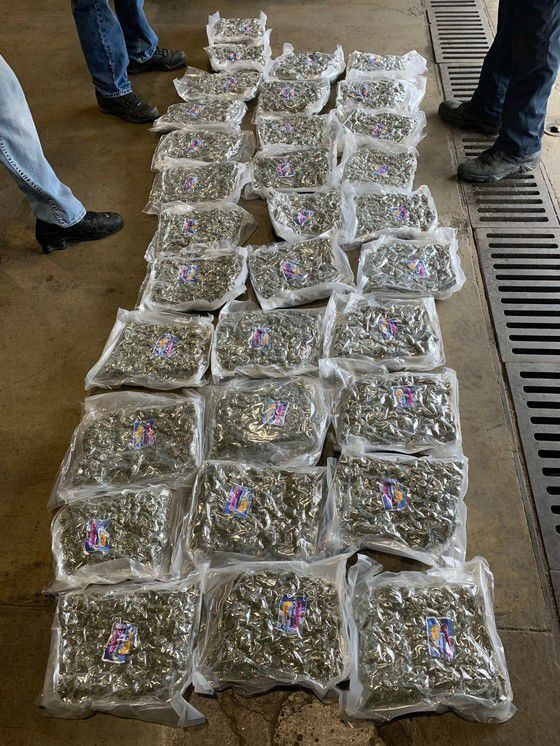 The total amount of marijuana seized from the vehicle equaled to 1,275 pounds, police said.

LOWELL — Authorities discovered thousands of pounds of marijuana during a traffic stop on Interstate 65, police said.

At 11:15 a.m. Tuesday a trooper who is a member of the Indiana State Police All Crimes Policing team stopped a vehicle on Interstate 65 near the 240-mile marker by the Lowell exit.

The trooper stopped the driver for a traffic violation and a police dog was called as the investigation continued. The dog alerted on the vehicle, which led to police searching it.

Each box weighed about 1 1/2 pounds and the total amount of marijuana seized from the vehicle equaled 1,275 pounds. The estimated street value of the load would be about $5.7 million to $8.5 million worth of marijuana, according to Indiana State Police.

The driver was identified as 31-year-old Christopher S. Colburn, of McKinleyville, California, and he was arrested without incident, police said.

He was taken to Lake County Jail and and faces charges including dealing marijuana and possession of marijuana with a prior conviction.

The woman was one of two people inside a Chevy Impala that was struck by a Pontiac Grand Prix traveling westbound on Industrial Highway, police said. The Grand Prix's driver was pronounced dead at the scene.

A police dog did an exterior sniff on the vehicle which led to police investigating further.

The vehicle was packed with containers of marijuana, police said.

The total amount of marijuana seized from the vehicle equaled to 1,275 pounds, police said.