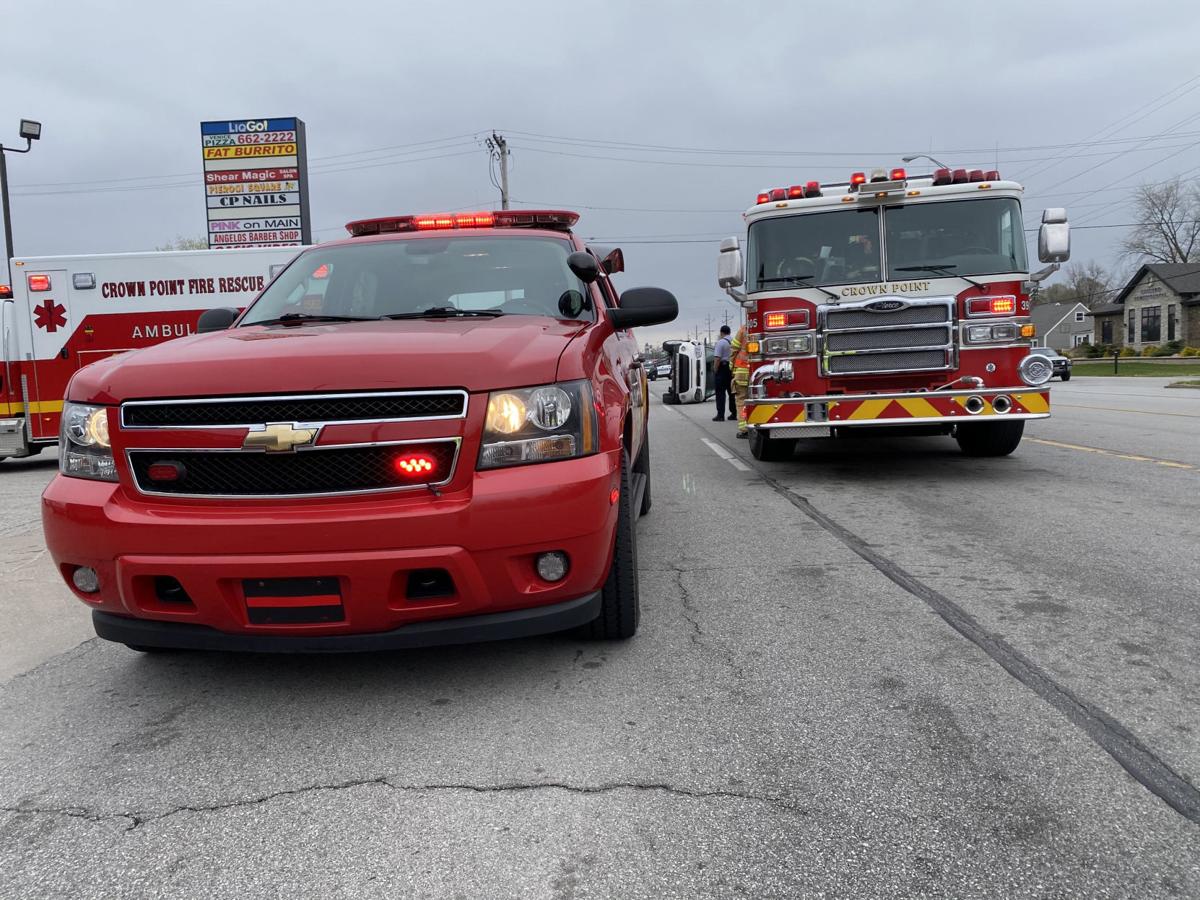 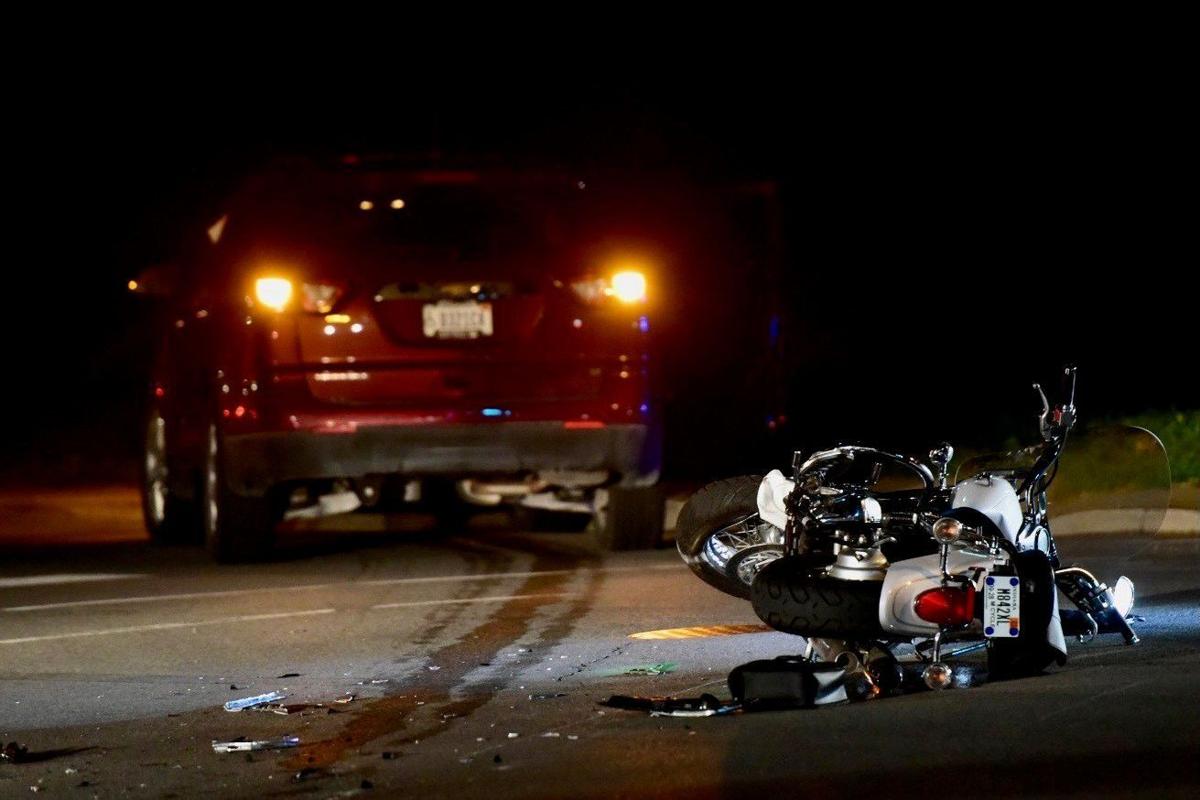 A motorcycle is damaged following a crash Tuesday night in Crown Point.

First responders were called at 6:19 p.m. to a crash at North Street and Indiana Avenue, said Crown Point Chief of Police Pete Land.

A passenger vehicle and motorcycle had collided at the intersection.

The motorcycle was heading north on Indiana Avenue and was attempting to continue through the intersection. The driver of the southbound vehicle attempted to turn left onto North Street when it went into the path of the motorcycle, Land said.

Police noted the traffic light was green for north and south traffic at the time.

The motorcycle driver, a 24-year-old Crown Point man, suffered serious injuries to his head, leg and arm and he was taken to a local hospital.

The other vehicle's driver, a 75-year-old Demotte man, and his passenger were not injured.

The Crown Point Police Department Crash Reconstruction Team is currently investigating the crash. The area of the wreck was temporarily closed down Tuesday evening.

GARY — A 28-year-old Gary man was found dead from a gunshot wound early Saturday in the 6200 block of West 25th Avenue, according to the Lake …

HAMMOND — A Region man is pleading guilty to possession of child pornography and attempted sexual abuse of children.

A motorcycle is damaged following a crash Tuesday night in Crown Point.