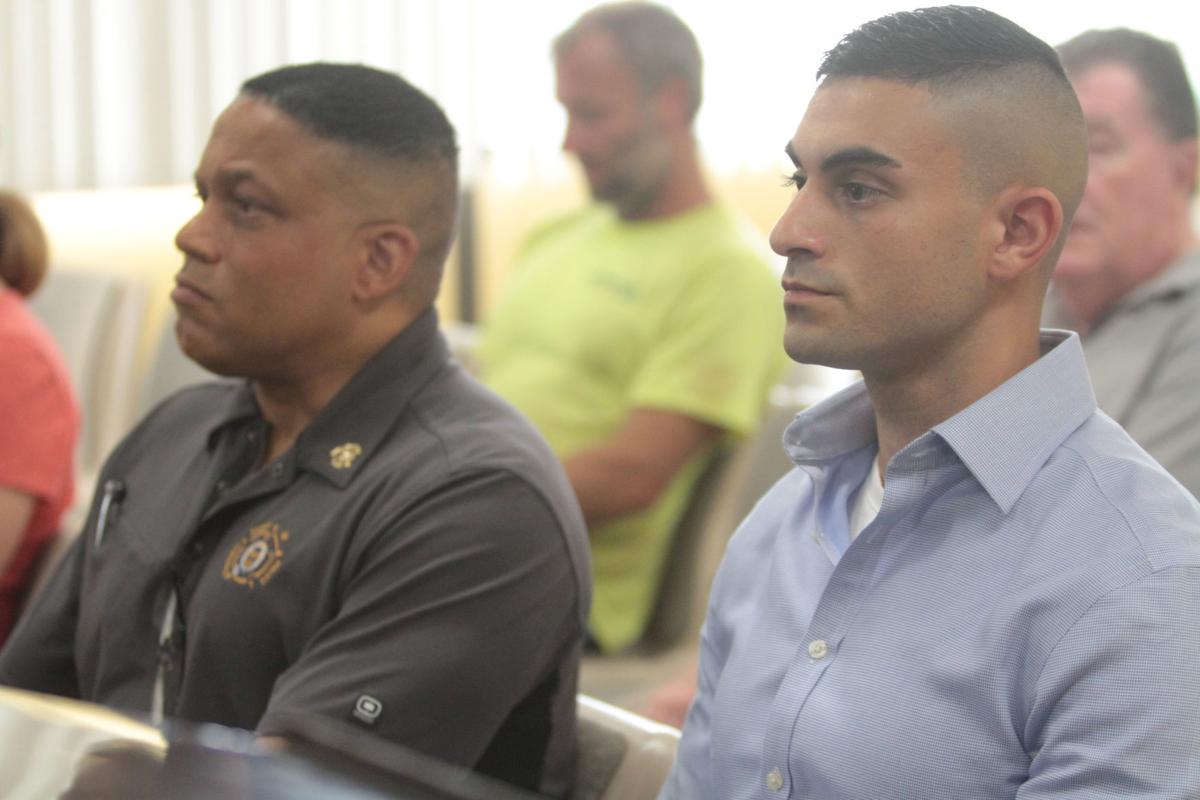 Hobart police Officer Adam Ahmad, right, sits quietly beside his attorney, Christopher Cooper, during a disciplinary hearing in August 2018 before the Hobart Board of Works and Public Safety. 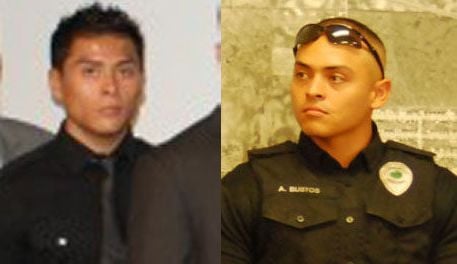 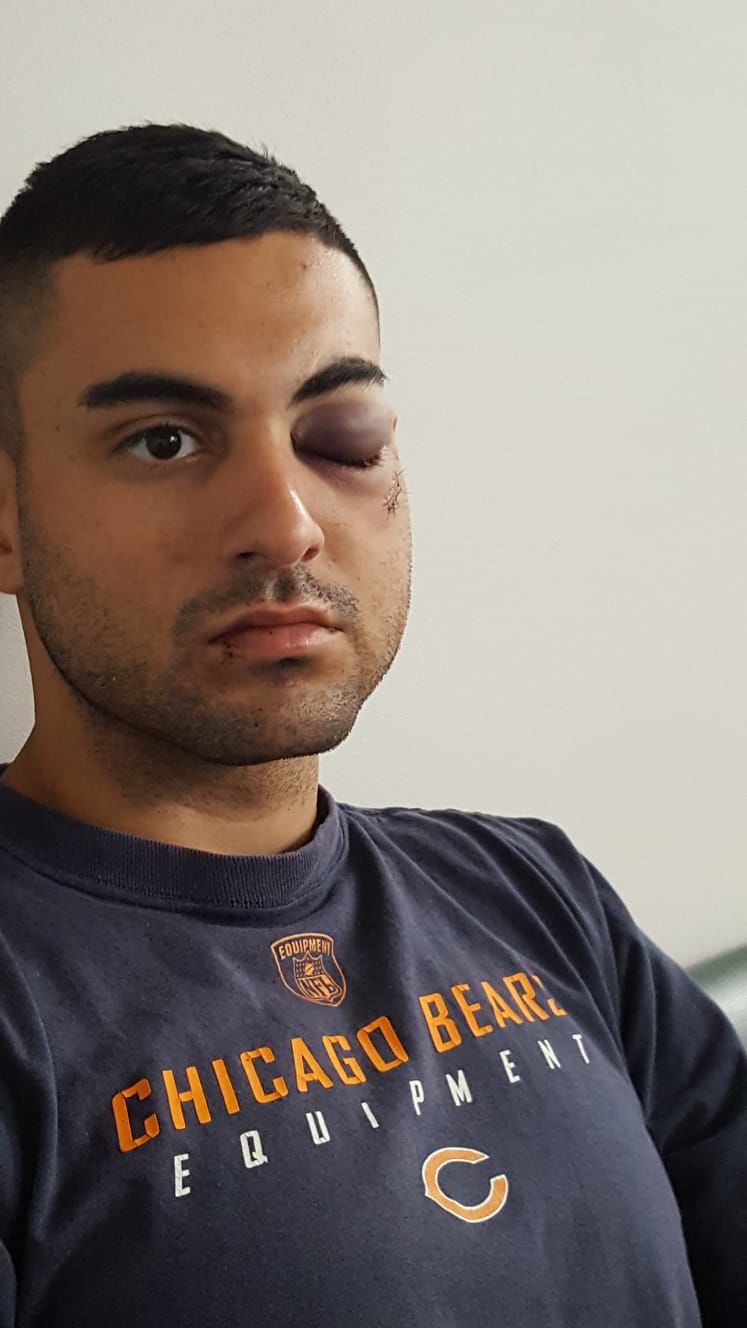 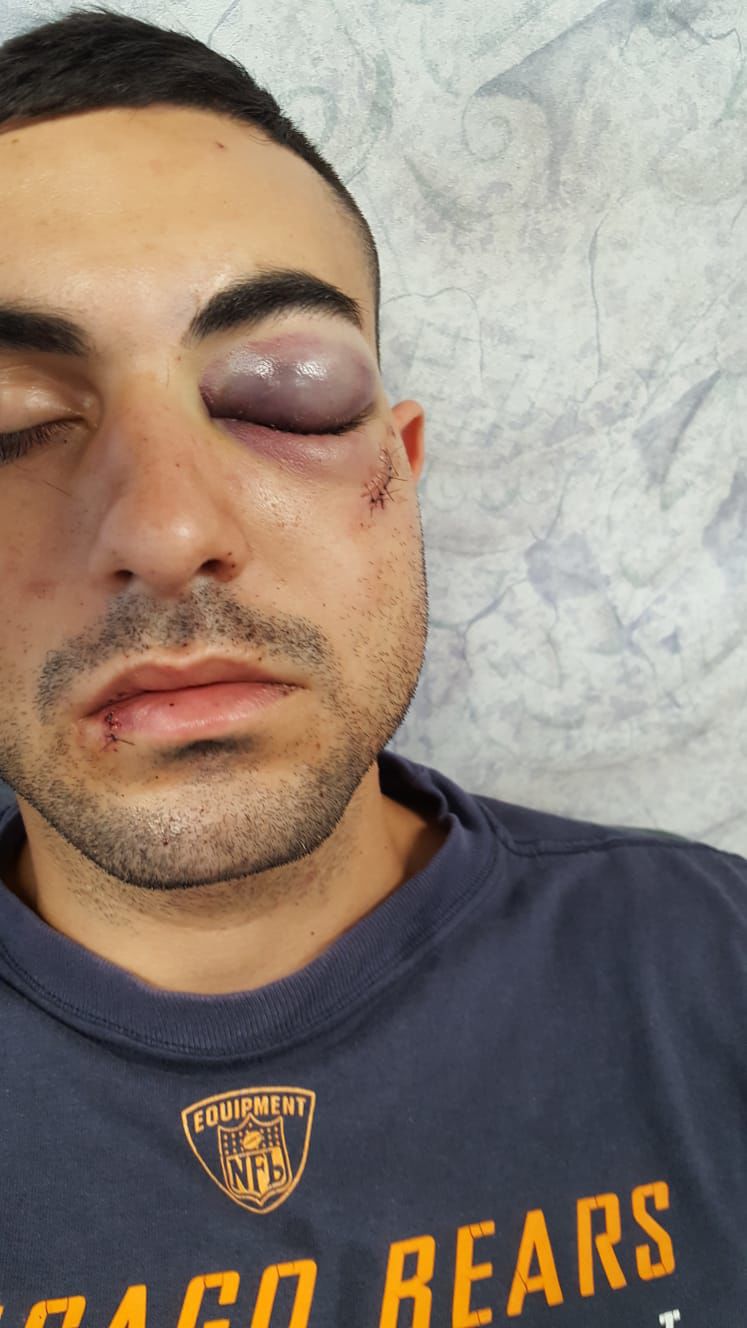 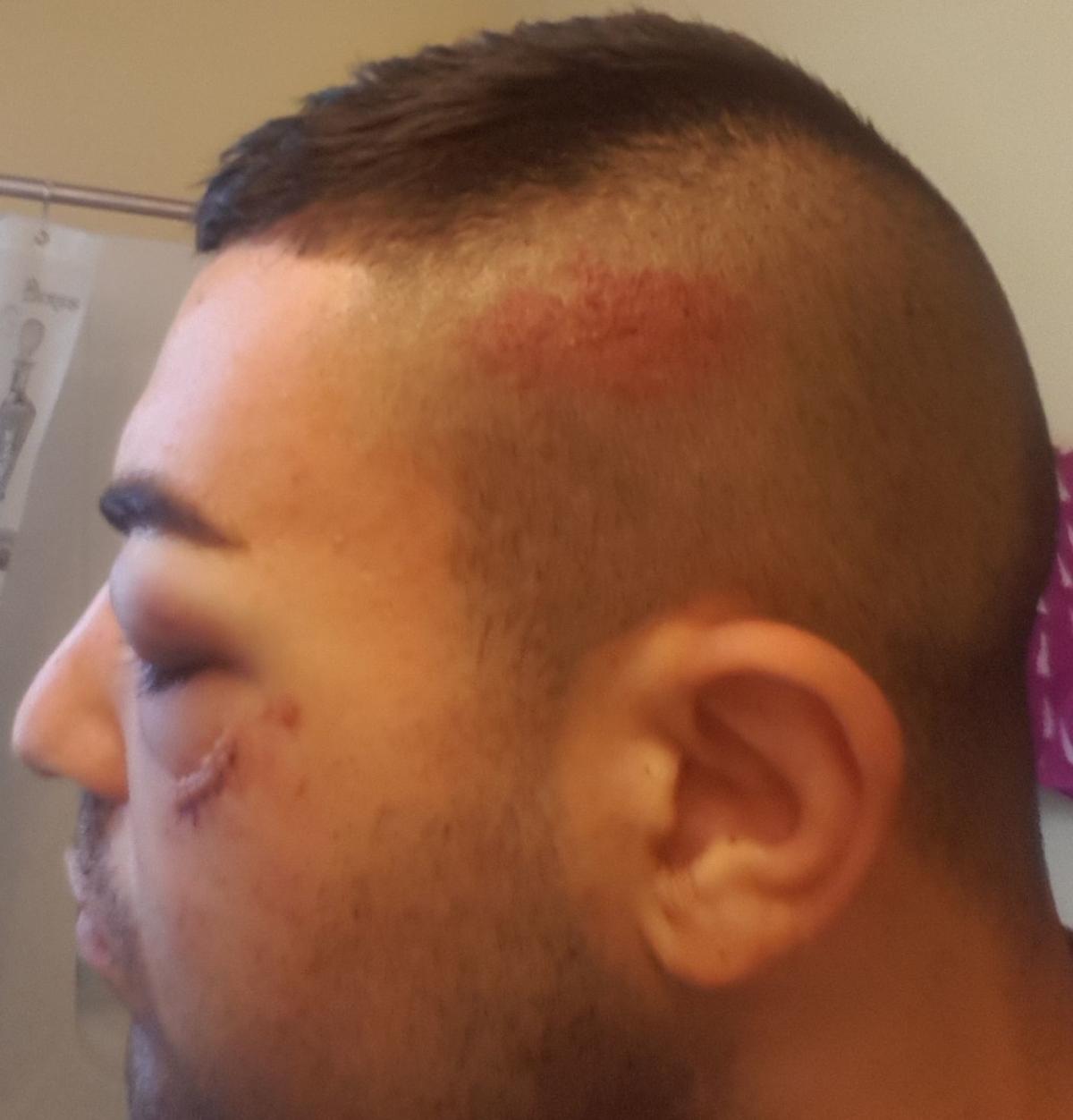 Hobart police Officer Adam Ahmad, right, sits quietly beside his attorney, Christopher Cooper, during a disciplinary hearing in August 2018 before the Hobart Board of Works and Public Safety.

CROWN POINT — Lake County's top prosecutor said Monday his office has closed a criminal investigation of two Hobart police officers accused of seriously injuring a third officer during a fight after a baby shower last year while all three were off duty.

No charges against Officers Andrew and Adrian Bustos will be sought, and the case will not be presented to a grand jury, Prosecutor Bernard Carter said.

The two officers, who are brothers, each accepted a 60-day unpaid suspension last year for their actions June 3 and 4, 2018, when Officer Adam Ahmad was punched, knocked down and kicked in the face.

Ahmad suffered permanent damage to an eye and several teeth. The injuries could result in deterioration of his eyesight and retinal detachment, according to testimony during a disciplinary hearing last year.

Ahmad said Monday he was deeply disappointed with the decision and thinks the case has been "a massive miscarriage of justice."

"There was absolutely no credible or reliable evidence that I engaged in any act of violence that was aggressive or intended to inflict injury," he said. "I have suffered tremendously regardless. My only hope now is that there is some accountability in the end."

"During both employment processes, I was required to discuss this incident in its entirety, as well as the attempted discipline against me. After discussing the incident with both the FBI and the DEA, my conditional offers of employment were rescinded," he said. "While I cannot say for certain that this incident was the reason my offers were rescinded, I believe it played a large part."

Hobart Police Chief Richard Zormier recommended a suspension for Ahmad, but Ahmad fought it. The Hobart Board of Works and Public Safety cleared him to return to work without a suspension after a series of disciplinary hearings in August 2018.

The board concluded there was no reliable evidence that Ahmad "punched or struck anyone" during a fight involving him and the Bustos brothers.

Ahmad said he remains employed by the Hobart Police Department, which has largely separated him from the Bustoses through scheduling.

"However, the separation has not been total as I believe it should be," he said. "Officers depend on one another and must trust each other completely. Anytime I have been forced to work with either of them, I feel that I am being put at risk."

He was injured early June 4, 2018, but the Bustoses were not placed on administrative leave until June 7, 2018, Ahmad said.

"They returned to work the same day. They were only placed on administrative leave after an unknown individual sent an anonymous encrypted email to the mayor's office and the media making the incident public," he said. "Why did it take this long for any action to be taken?"

Griffith police conducted an independent investigation at the request of the Hobart Police Department, and their findings were presented during the disciplinary hearings.

Carter said his office reviewed all of the documents gathered by Griffith police and also spoke with witnesses.

"We have to reach a higher threshold than they did," he said. "That's why there could be two different results based on the same type of evidence."

Zormier said his department respected the process and review by the prosecutor's office.

"We always believed this incident was best resolved as an administrative matter, and any attempt to pursue criminal charges would be futile," he said.

The Hobart Police Department has argued Ahmad shared in the blame. An attorney for the department told the Board of Works and Public Safety in 2018 that it didn't make sense that the fight occurred without any provocation from Ahmad.

Ahmad pointed to testimony from one of the on-duty officers, who said he asked Andrew Bustos' wife for a towel for Ahmad. When Andrew Bustos learned the request was to assist Ahmad, Bustos said, "(Expletive) him, that's what he gets for butting in," records show.

Carter said his office reviewed events during the entire day, which included a baby shower for Andrew Bustos' wife and several fights.

Anytime his office deals with a self-defense claim and it's unclear how the incident started and what the motivating factors were, it's questionable from a prosecutor's standpoint whether a case exists, he said.

A number of witnesses, including Andrew Bustos, Adrian Bustos and Ahmad, testified during the Hobart board's hearings. All three admitted to drinking alcohol before the fights broke out.

Parts of Andrew Bustos' testimony conflicted with statements he gave earlier to Griffith police, including whether Ahmad punched him and whether he kicked Ahmad.

Andrew Bustos told Griffith police he kicked Ahmad and even demonstrated the kick. However, when testifying before the Hobart board, he declined to describe his actions as a kick, recalling he grazed the right side of Ahmad's face with the bottom of his sandal.

Region crime roundup: Man shot in the chest outside auto shop during armed robbery; suspect on the lam, police say

5 important stories you need to know from yesterday: No charges to be sought for two cops in beating of another officer after baby shower

5 important stories you need to know from yesterday: Portage man lived a double life as a family man and street gang leader