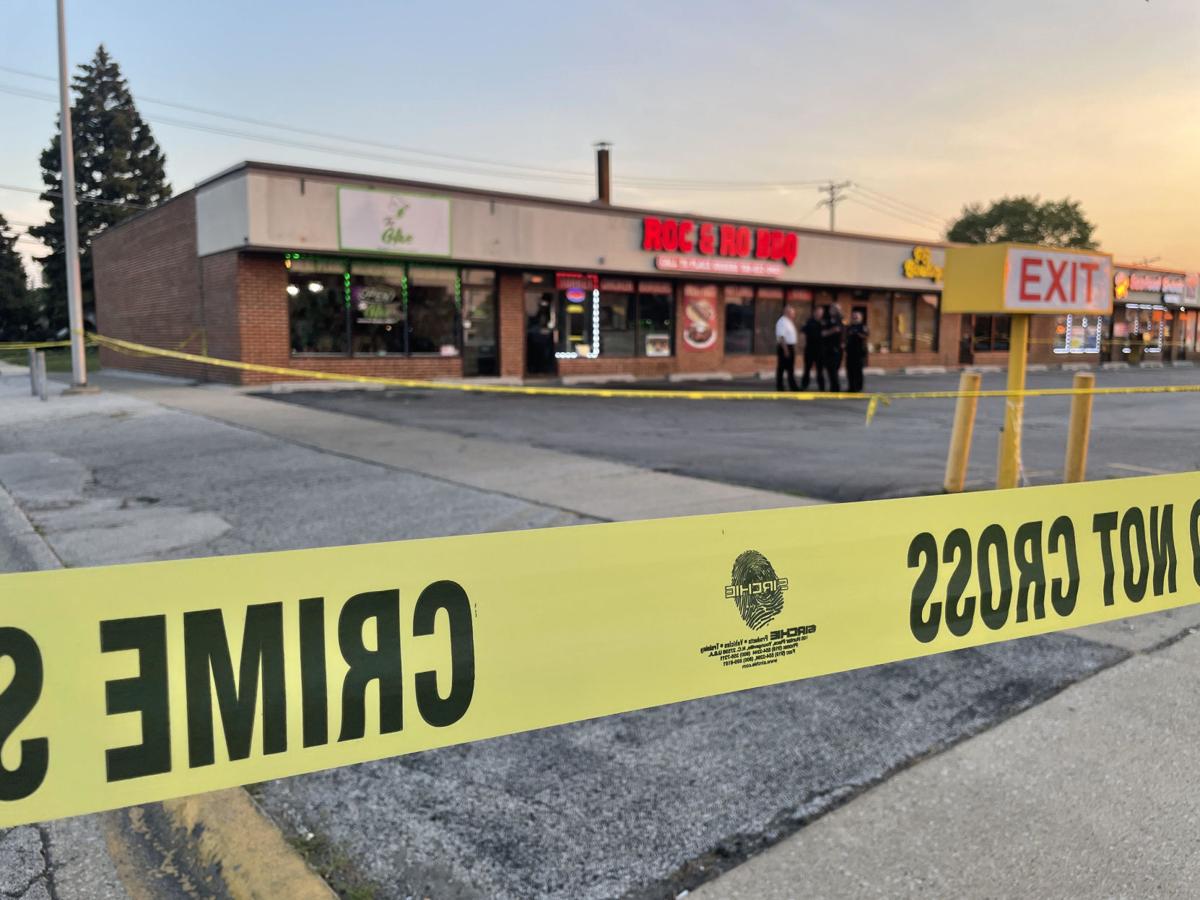 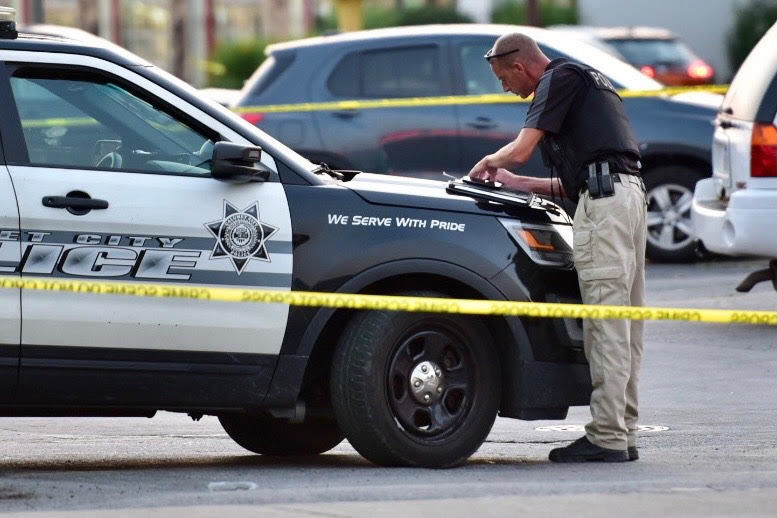 An officer logs notes during an investigation of a shooting in Calumet City. 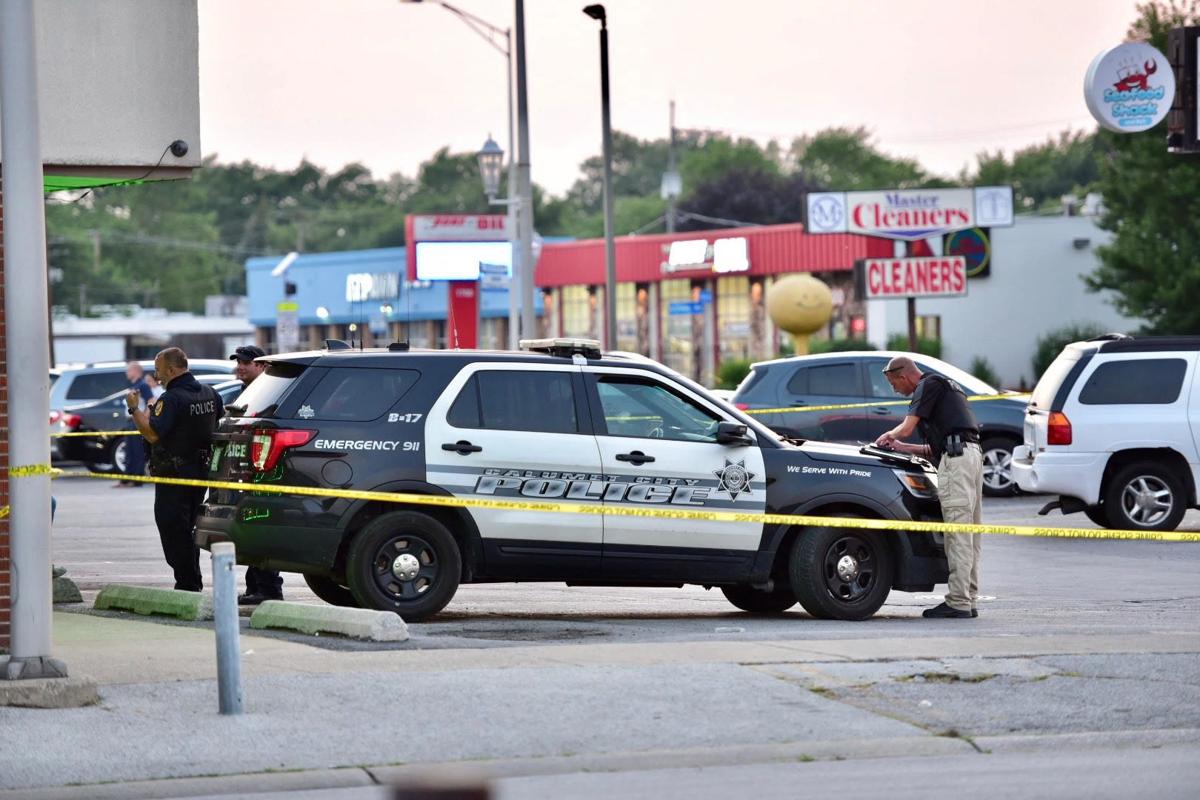 Calumet City police assist agencies at the scene of a shooting. 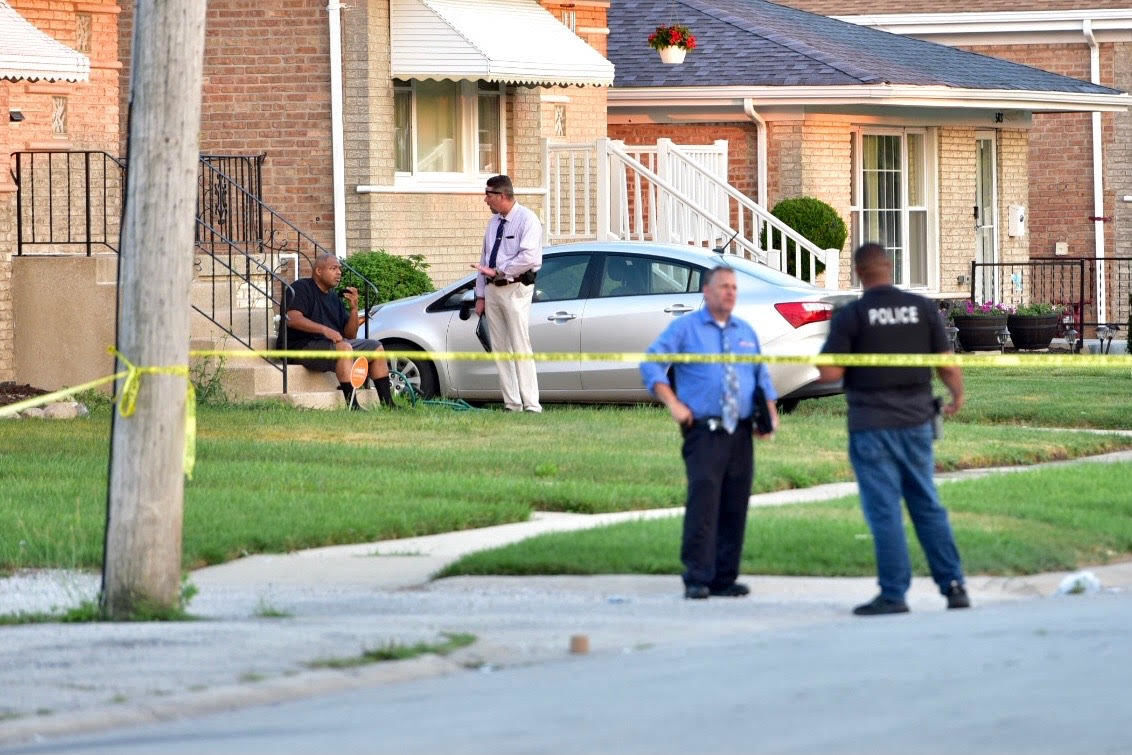 Police speak to residents near the scene of an officer-involved shooting in Calumet City.

The Illinois State Police said Losardo Lucas, of Calumet City, was pronounced dead at a hospital near the site of the shooting in the 1600 block of Sibley Boulevard at 3:15 p.m. Tuesday. Following the incident, police tape surrounded the parking lot of a strip mall that includes Roc & Ro BBQ, The Hive and PB Boutique.

The U.S. Marshals Service Great Lakes Regional Fugitive Task Force was attempting to take Lucas into custody at the time of the shooting. He was wanted for homicide by Chicago police, attempted murder in Calumet City and home invasion by the Cook County Sheriff’s Office.

According to ISP, the fugitive task force entered an unnamed business Tuesday and encountered Lucas, who pointed a pistol at officers more than once. Two officers then fired their weapons at Lucas, striking him multiple times. One officer was transported to a local hospital as a precautionary measure.

Law enforcement recovered Lucas’ pistol at the scene, along with a second concealed weapon and ammunition.

The Cook County Medical Examiner's office listed his cause of death being multiple gunshot wounds. The ISP investigation is ongoing.

Man convicted of killing his grandmother, setting her home on fire

"To press down on the face of someone who loves you with the intent of ending their life — that's no accident," Lake County Deputy Prosecutor Daniel Burke said. "That's murder."

An officer logs notes during an investigation of a shooting in Calumet City.

Calumet City police assist agencies at the scene of a shooting.

Police speak to residents near the scene of an officer-involved shooting in Calumet City.