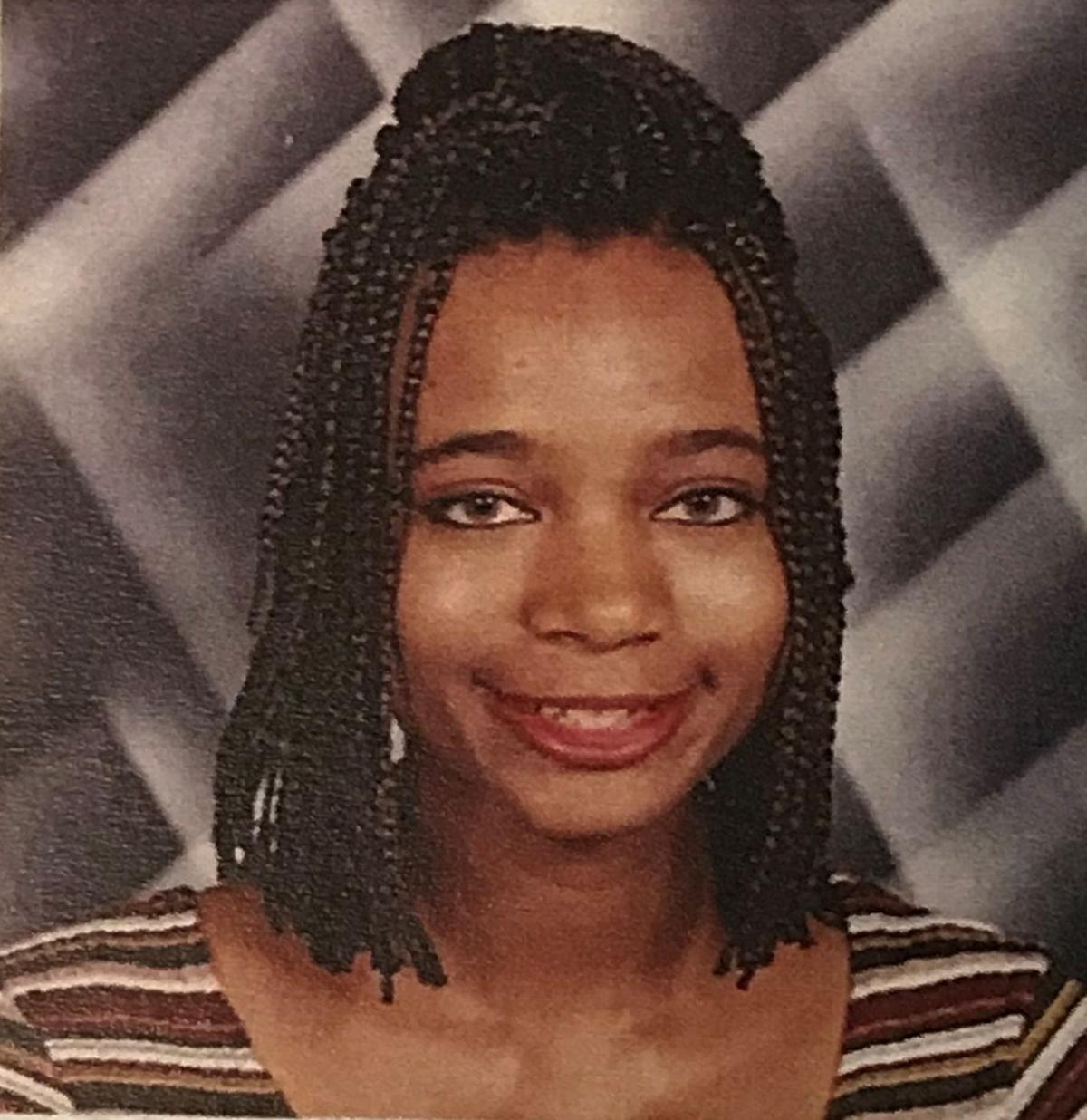 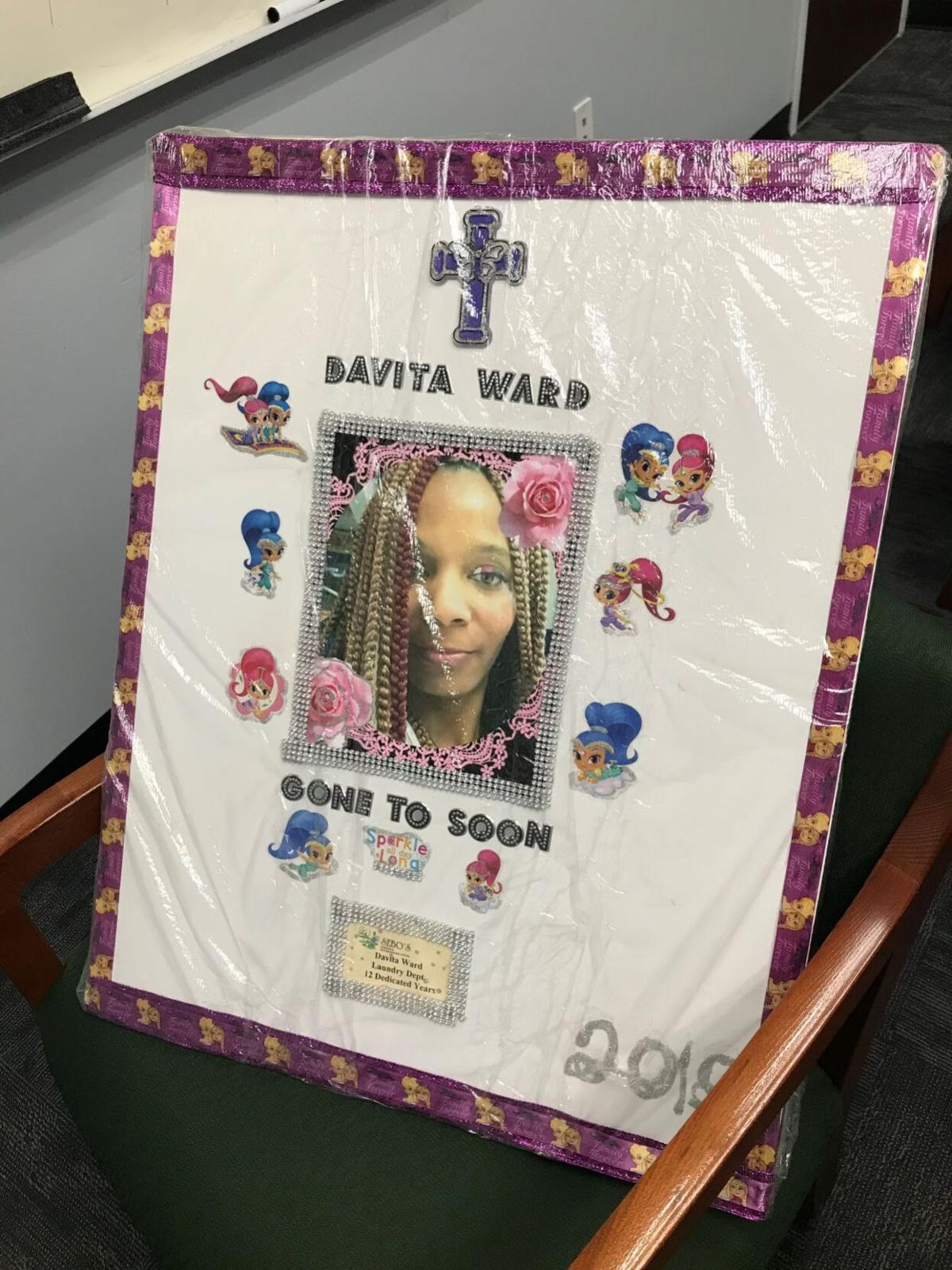 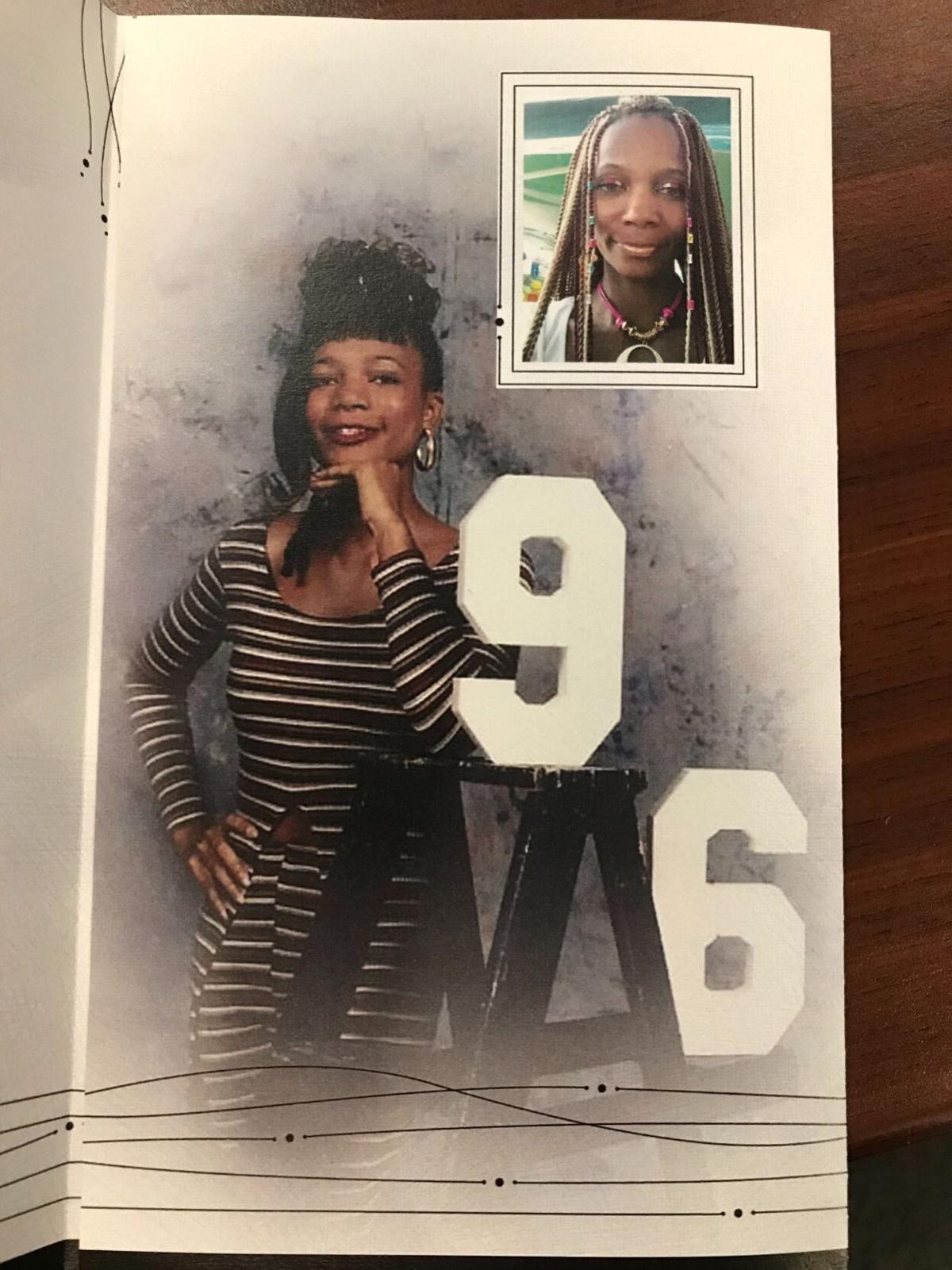 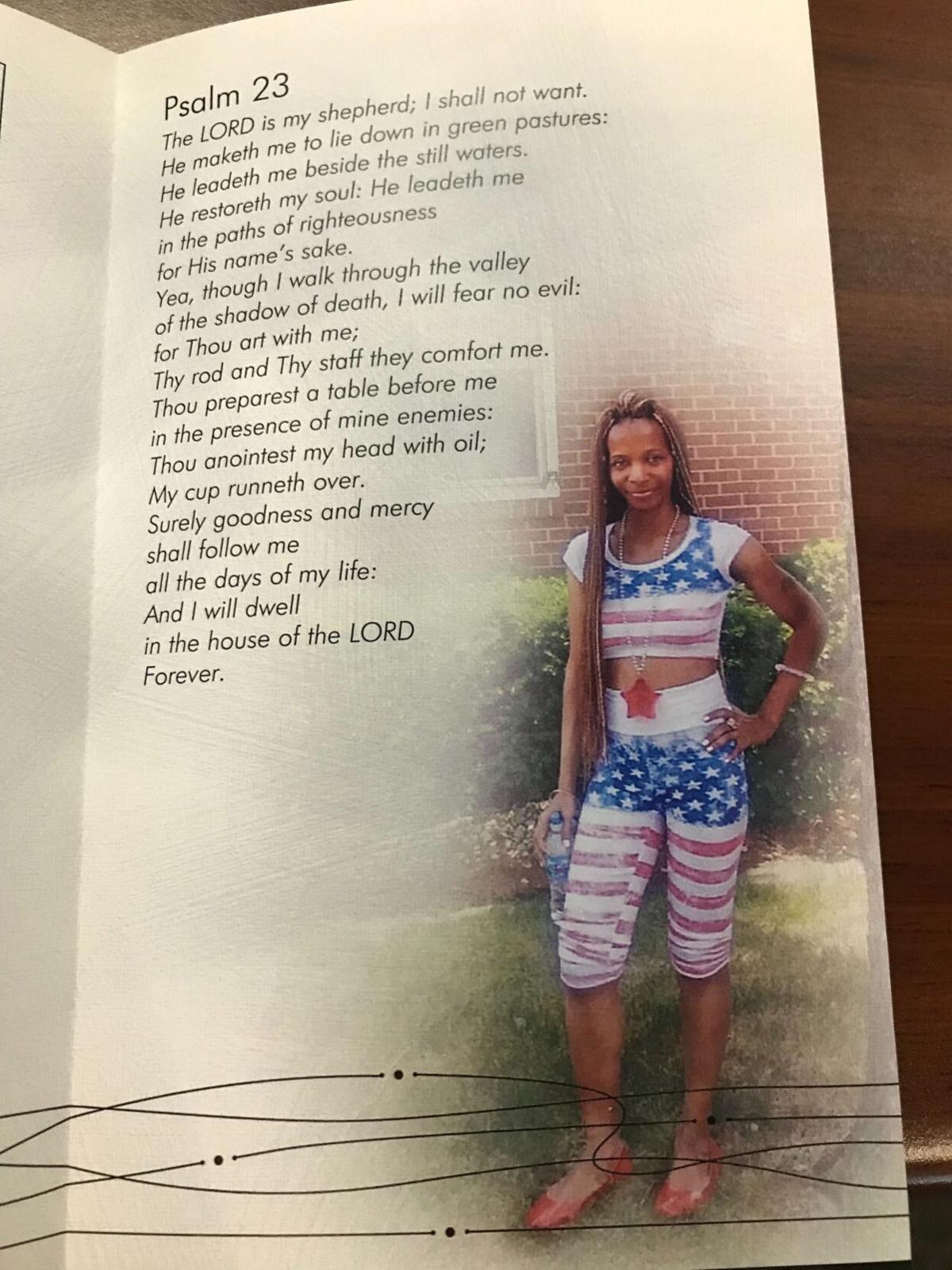 GARY — Father's Day should be a reason for Simon Lillie Jr. to celebrate.

One might assume Lillie, a dad and stepfather, would be nothing but joyful this time of year. Instead, it's the memory of the child he could not save that hits hardest.

It was three years ago — a few days before Father's Day — that Lillie experienced a pain he'll never forget: the killing of his 39-year-old stepdaughter, Davita Ward, of Gary.

Today, Simon Lillie and his wife of 12 years and mother to Ward, Davona Lillie, feel they've been denied closure.

It's a reality that has caused them countless sleepless nights since the discovery of Ward's body in her burned-out car one summer day in 2018.

"It's something that's never going to stop until we get some kind of justice," Simon Lillie said.

Ward's family would tell you she was a fun-loving, talented and hardworking young Christian woman. She had two jobs — one at Sebo's Nursing & Rehabilitation Center, and one as a beautician.

She also had a special talent for braiding hair, which her parents said was a trademark of hers.

"She was a kind-hearted and a loving person. She's gone too soon," Davona Lillie said. "No justice has been served and every day I'm suffering over her death."

Ward was found dead June 17, 2018, in the 2400 block of Noble Street in Gary inside her car, which had been burned, The Times previously reported.

She had been shot in the head, which the Lake County coroner ruled the primary cause of her death.

Ward's biological father, with whom the Lillies said she had been staying with, reported her missing that morning, telling police he last saw her the night of June 16.

Her body was discovered after a passerby called police to report her car, which had been involved in an overnight fire, was suspicious, The Times reported.

The Lillies recalled that Ward's body had been tucked behind a back seat of the vehicle.

"We don't even know if the murder itself occurred there or if it happened someplace else and they drove there to get rid of the car," Simon Lillie added.

The couple suspected an ex-boyfriend of Ward's, whom they described as abusive, as a possible culprit. But Pam Jones, a spokeswoman with the Lake County Sheriff's Department, said there wasn't enough information to formally identify any persons of interest.

Jones also said there were few leads in the case at the beginning.

A detective originally assigned to the case is no longer with the Lake County/Gary Metro Homicide Unit. It is now being investigated by Sgt. Kris Adams.

"Since our new point of contact has taken another look at the case file, he has identified potential leads, which he is following. Any other information we have received so far has been speculative and has not been confirmed," Jones said.

Investigators have run into dead ends, Adams said, because most physical evidence was lost in the fire.

Additionally, they haven't been able to find anyone who knew for sure where Ward was planning to go before she was reported missing, Adams said.

To date, no arrest has been made.

The immediate trauma of the situation was so severe, Simon Lillie said, that at times he was unable to maintain his composure at work and had to leave during a shift.

Davona Lillie has struggled to get a decent night's rest since the day she lost her daughter.

Ward's death still torments the couple to this day, though they said they have learned to cope by keeping their minds occupied.

For them, prayer is one way of accomplishing that.

Simon Lillie said he prays several times every day — once right before work and once in the evening. Sometimes, he even prays on his way there and back.

"It helps. But it's like taking a vitamin. You have to keep taking it. You can't stop taking it," he said.

Nevertheless, the family still has its extreme low points.

On occasion, something will unexpectedly trigger a memory, such as a girl wearing braids, Ward's trademark.

That's enough to bring Simon Lillie back to the day his life was forever changed.

To this day, Simon Lillie wears a button bearing a photo of Ward every time he goes to work. He said it catches the attention of several people each day, and he inevitably ends up recalling those painful memories.

The part that hurts him most, he said, is reminding others and himself that his stepdaughter's killer wasn't arrested.

"It's hard to keep sane. My, it's really hard. I think we're doing pretty good when we're out in the streets, but sometimes when we get home, we kind of break down a little bit. It's crazy, man. I have never gone through anything like this in my life," he said.

The Lillies feel they might be somewhat more at peace if they could get justice — or at least had a sense that a path toward it were more attainable.

Anyone with information in Ward's death was urged to contact Detective Sgt. Adams at 219-755-3855.

All members of the Metro Homicide Unit will be working on the case along with Adams, Jones said.

As for Ward's parents, it's clear they'll stop at nothing until their daughter's killer is apprehended.

"We want to let the world know and let him know that he's not going to get away. It might take some time, but we're still looking into it," Simon Lillie said.

Do you have a cold case you’d like The Times to investigate? If so, please contact Times staff writer Sarah Reese at Sarah.Reese@nwi.com or 219-841-1034. You can also reach our news tip line at newstips@nwi.com.

Gallery: Crimes that Rocked the Region

Crimes that Rocked the Region: Jay Given

Hugh Scott Jr., 36, is accused of hitting 39-year-old Davita Ward and knocking out her tooth and killing her. His attorney asked a judge to separate the murder and arson counts from the battery charges. 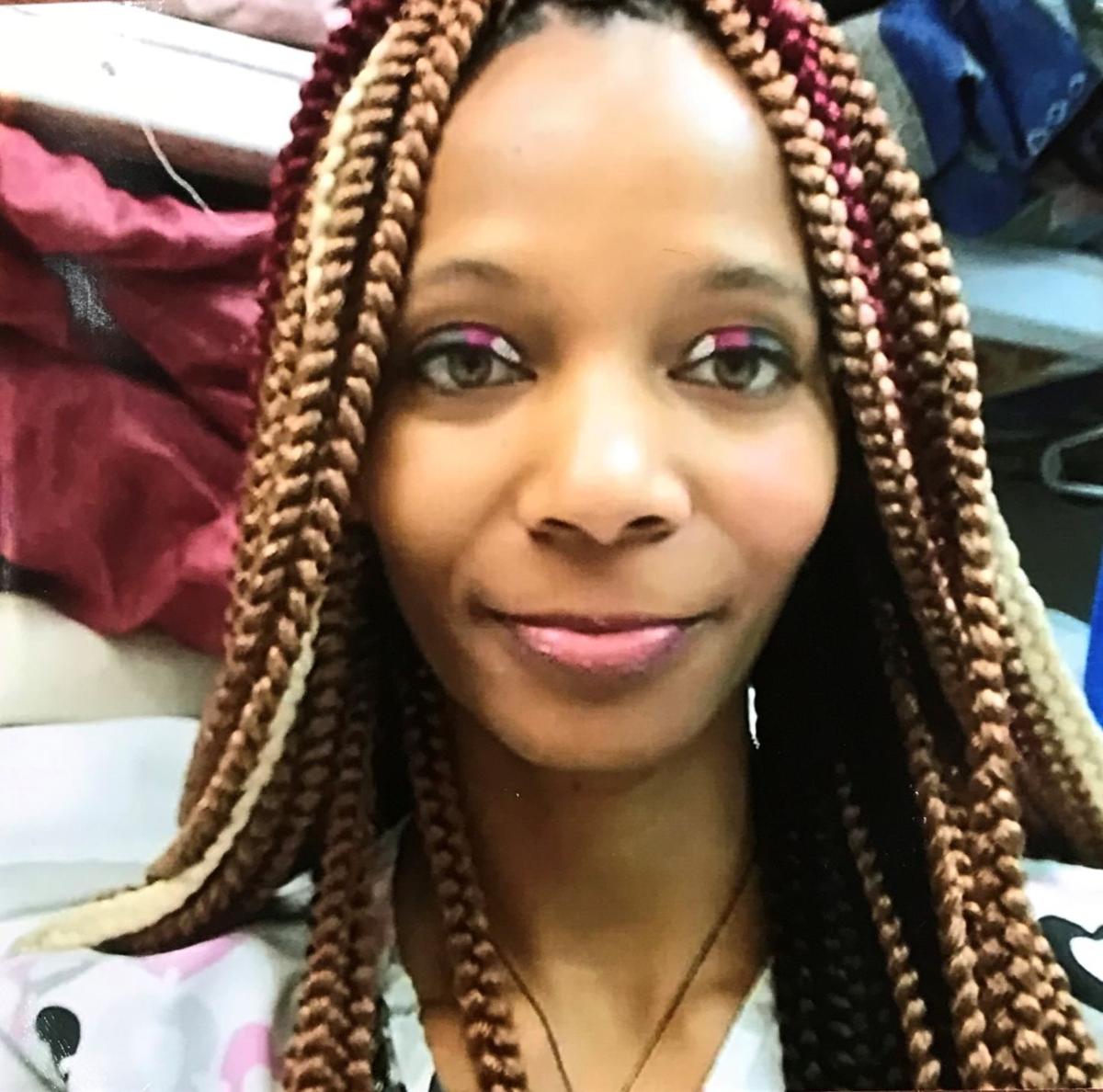