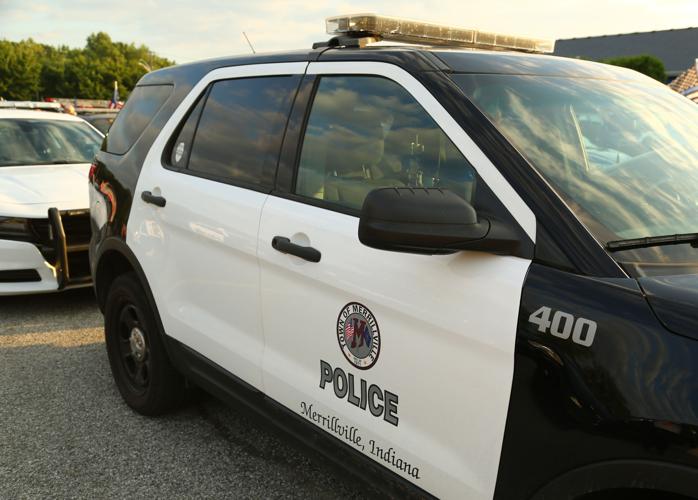 A pedestrian is dead and a Valparaiso area woman is behind bars following a crash late Saturday night in the 5600 block of Broadway, according to Merrillville police detective Cpl. Sean Buck. 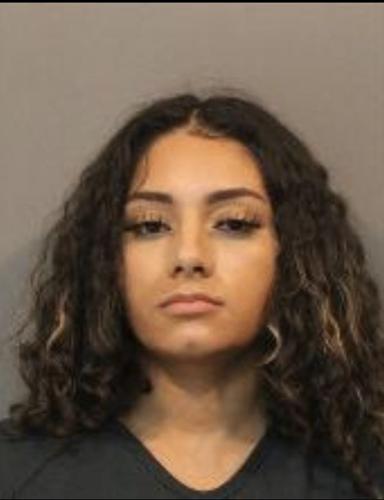 MERRILLVILLE — Just moments after allegedly striking a pedestrian and fleeing in her vehicle, a 24-year-old Valparaiso area driver was stopped and told an officer, "why would someone be crossing the road it was a green light," according to a charging document.

The driver, Olivia Magana, is charged with a felony count of leaving the scene of an accident resulting in death or catastrophic injury, court records show.

Merrillville police Sgt. Lance Schmidt said he was patrolling around 11:43 p.m. Saturday when he saw a white Mazda SUV traveling southbound in the 5600 block of Broadway

"The SUV appeared to collide with something that was walking in the southbound lanes," a charging document reads.

The officer said he saw a human body land near the center median and the SUV continuing southbound without stopping. He saw the SUV swerve to the far right shoulder to pass two other vehicles and accelerate from the scene.

The SUV had damage to the driver's side of the vehicle and to its windshield and was emitting sparks from its front end, Schmidt said.

Schmidt called for medical help and pursued the SUV, which did not stop until it reached the area of Broadway and 61st Avenue.

He said Magana's speech was slow and her eyes were watery and bloodshot, according to a charging document. She also seemed confused and leaned against her vehicle for support.

Magana refused to submit to a blood test, so police secured a warrant and a blood sample was taken, court records show.

When asked if she wanted to make a statement, Magana asked for an attorney, which brought an end to police questioning.

"The female pedestrian was subsequently transported by helicopter to the University of Chicago for emergency medical treatment and evaluation, however she succumbed to her injuries," Merrillville police Detective Cpl. Sean Buck said.

She had sustained a fractured arm and head trauma, according to a charging document. The preliminary cause of death was trauma and complications resulting from being struck by a vehicle.

Police had a difficult time identifying the pedestrian until the woman's mother came forward looking for her, records show. Police were told an acquaintance had been with the woman at the time she was hit and had reported it to the victim's family.

An investigator found no marks on the roadway to indicate the vehicle had slid or otherwise attempted to make a quick stop, records show.

"The investigation is ongoing and further details will be provided as they become available," Buck said.

The driver said she was not injured, but the officer reported finding her impaired and smelling of alcohol.

Bullet fired into truck cab along local stretch of I-80, state police say

A trooper arrived on scene and discovered two bullet holes in the truck, ISP reported.

The Subaru had rapidly reduced speed to merge on to the toll road ramp when the collision occurred, Indiana State Police Sgt. Glen Fifield said.

A pedestrian is dead and a Valparaiso area woman is behind bars following a crash late Saturday night in the 5600 block of Broadway, according to Merrillville police detective Cpl. Sean Buck.