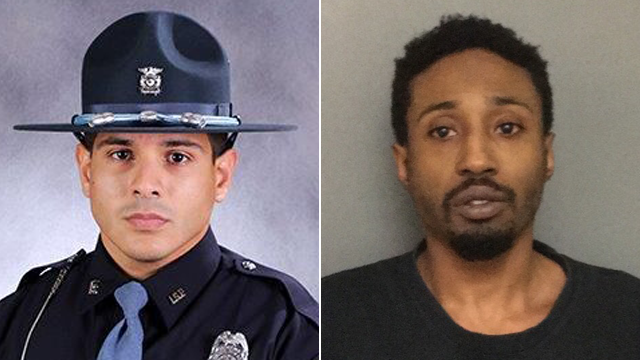 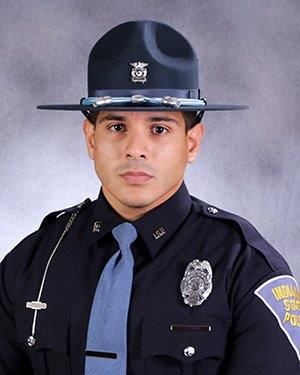 HAMMOND — A Chicago man scuffled with an Indiana State Police officer Friday night and then fled, with the resulting chase leading to the officer pulling his gun, scuffling again, tackling and eventually handcuffing the suspect with the assistance of two good Samaritans, according to police.

Events started at 9:29 p.m. when Trooper Alaa Hamed had just exited the Indiana Toll Road onto Indianapolis Boulevard and a 2001 Buick Century sped by and went through a red light, according to a state police news release. The vehicle then stopped in the area of 110th and 108th streets.

Hamed pulled up behind with his squad car's flashing lights on, walked up to the vehicle and smelled alcohol, the release stated. Bates took a field sobriety test and a portable breath test but became combative and attempted to walk away when Hamed tried to put handcuffs on him.

Hamed grabbed Bates but the suspect pulled free and ran into a field with the officer giving chase, the release stated. Bates fled north on Indianapolis Boulevard and Hamed returned to his car, drove north, and headed him off. Bates then turned around and fled south with Hamed again chasing on foot, according to police.

At one point, Bates turned around and Hamed ordered him to get on the ground at gunpoint, but Bates again fled, this time north on Indianapolis Boulevard, the release stated. With traffic coming at them, Hamed tackled Bates and after a couple of minutes of struggle started to get handcuffs on him.

Two passersby eventually helped hold Bates down and the officer finished handcuffing him, according to state police.

Bates again became combative, according to police, and was transported to the Lake County Jail in Crown Point.

Bates' passenger, who was sober, was released.

GARY — A Chesterton woman told police someone shot at her vehicle as she was driving on the Interstate 80/94 in Lake County on Saturday night,…

Lowell High School on lockdown due to verbal threat

LOWELL — Lowell High School was placed on lockdown for several hours Tuesday morning because of a verbal threat, officials said.