UPDATE: Police ticket church leaders after they refuse to disperse Sunday service of more than 30 people
Share this
1 of 3 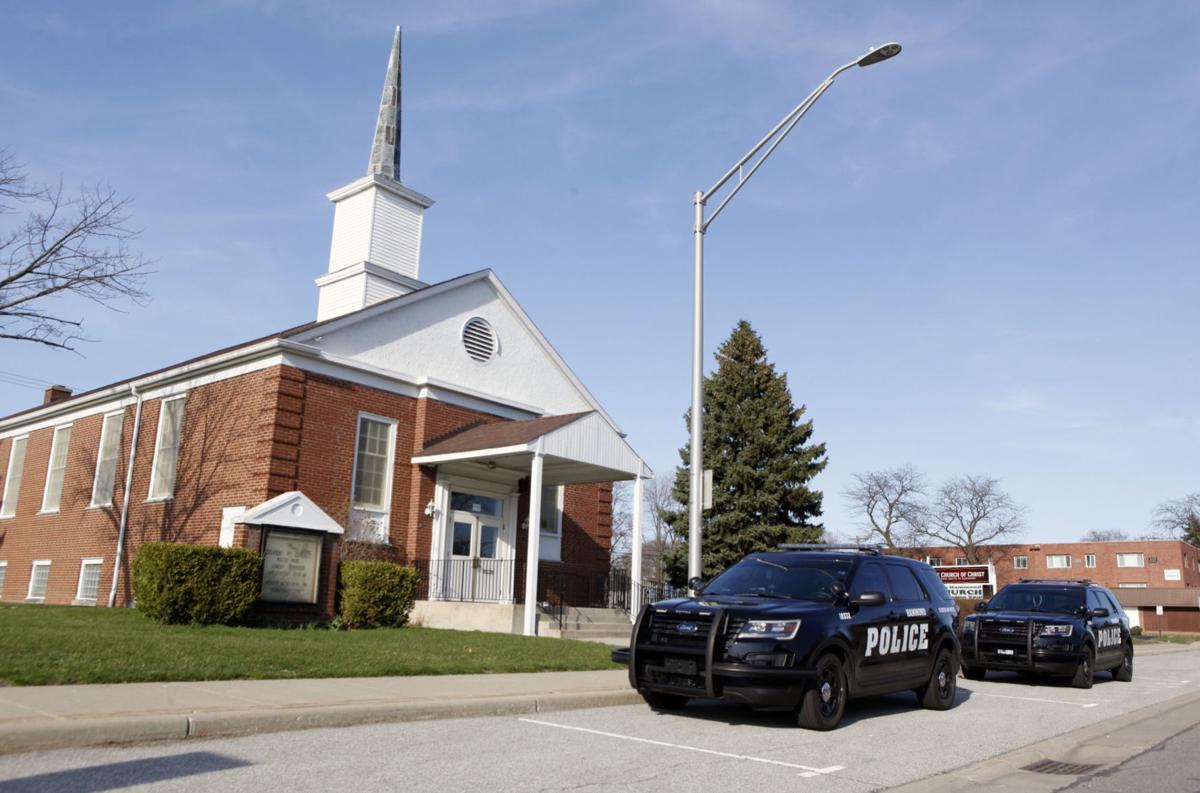 Two Hammond police vehicles wait outside The Church of Christ in April in Hammond ahead of a scheduled 5 p.m. service. Police ticketed the church after elders refused to disperse a congregation of more than 30 congregants earlier in the day. 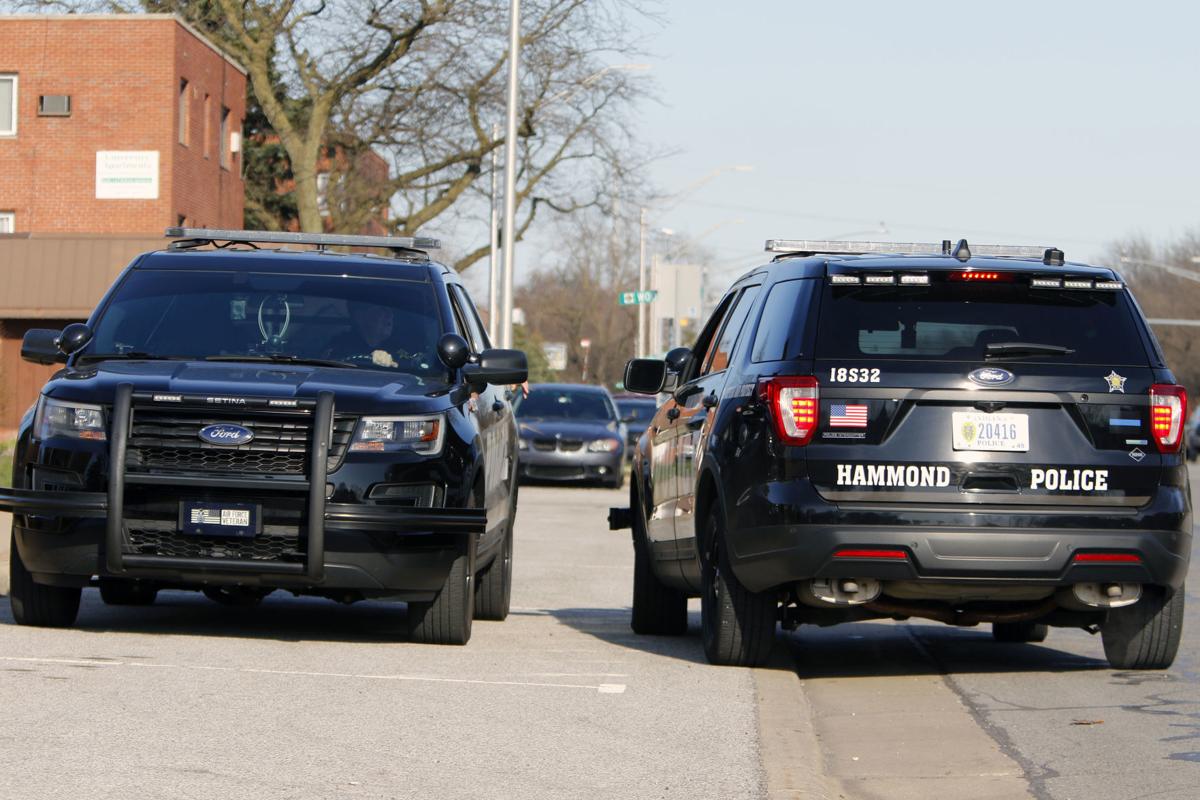 A pair of Hammond Police vehicles wait outside The Church of Christ on Sunday. The church had more than 30 parishioners inside for a service, causing police to enforce the stay-at-home order in place in light of the coronavirus pandemic. 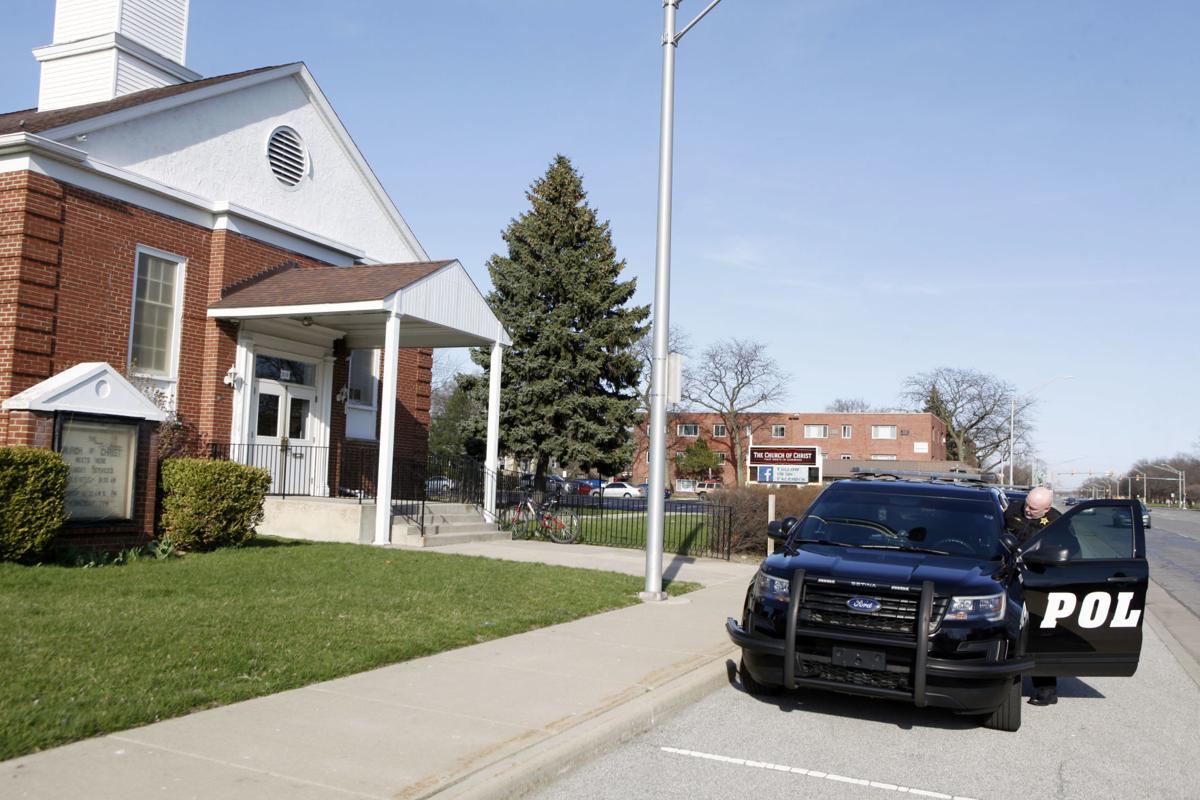 A Hammond Police officer returns to his squad vehicle after checking the surroundings at The Church of Christ on Sunday in Hammond. The church had a 5 p.m. service originally scheduled, which it appeared people did not show up for. Police ticketed the church earlier in the day after elders refused to disperse a congregation of more than 30 parishioners, who effectively violated the stay-at-home order put in place to help stop the spread of coronavirus.

HAMMOND — Police ticketed a church and its elders Sunday for refusing to disperse their congregation to comply with Gov. Eric Holcomb's "shelter in place" order, Mayor Thomas McDermott said.

More than 30 parishioners were inside The Church of Christ, which occupies a small building at 169th and Leland streets in Hammond, and more were pulling up in the parking lot when officers arrived about 9:50 a.m., he said.

Some of the worshipers wore masks, but others did not, McDermott said.

Holcomb issued a "stay at home" order that took effect March 24 in response to the global coronavirus pandemic. The directive prohibits public gatherings of more than 10 people and orders all Hoosiers to stay home unless traveling for activities deemed essential.

According to data released Sunday by the state, the virus has killed more than 125 people in Indiana and sickened more than 4,400. More than 335,000 confirmed cases have been reported across the U.S., according to data compiled by Johns Hopkins University.

The federal Centers for Disease Control and Prevention recommended late last week that all Americans wear a face cloth covering — not a surgical or N95 mask — when visiting public spaces, especially in those such as grocery stores or pharmacies where social distancing is difficult to maintain. Social distancing means staying at least 6 feet away from others when in public, the CDC said.

McDermott said two Hammond officers told the church elders of the governor's order, but the elders refused to disperse the congregation and said the service was "essential."

The officers asked for the elders' identification cards and added their information to a citation for violating the governor's shelter in place order, he said.

More people continued to walk into the church as officers left, he said.

Two Hammond police officers were seen checking the church about 5 p.m., when a second service was expected to begin. Several people left the church before the officers arrived, and no cars were in the parking lot by the time police approached the church.

In a Facebook post, McDermott said he wanted to show what police across the country are dealing with, "even from people (like church pastors) who should know better than to allow large congregations like this."

Hammond police responded to the church Sunday morning after receiving a report that a large gathering was taking place, Lt. Steve Kellogg said.

In addition to issuing a citation for violating the governor's order, police planned to forward information to Indiana State Police for a follow-up investigation, he said.

"Hammond police would like to ask all community members, businesses, churches and other establishments to please adhere to Gov. Holcomb’s executive order," Kellogg said. "The Police Department will enforce the order if necessary, but is seeking compliance so that together, we will all do our duty to help slow the spread of the COVID-19 virus."

The order permits religious gatherings "provided they adhere to the CDC's guidance on social gatherings," the order states.

Hoosiers are permitted to travel only for essential activities, including trips related to their health and safety, necessary supplies and services, outdoor activity, certain types of essential work and to take care of others.

Outdoor exercise such as running or taking a walk is permitted, but gyms, fitness centers and associated facilities should be closed to reduce the spread of the coronavirus, the governor's office said. Hoosiers who exercise outside should practice social distancing by running or walking at least 6 feet away from other people.

Holcomb on Friday extended the order until at least April 20.

Target and Starbucks will not require masks for fully vaccinated customers

Many workers won't return to old jobs after COVID

Many workers won't return to old jobs after COVID

Thirty-four new COVID-19 cases were confirmed across Lake, Porter and LaPorte counties on Sunday by the Indiana State Department of Health, the Centers for Disease Control & Prevention and private laboratories.

Stores in Schererville and Highland voluntarily closed down amid a statewide coronavirus shutdown, but not all businesses have been that cooperative, police said.

How to cope with fears about health, jobs, future during COVID-19 crisis

"Telehealth is something brand new. It's been in the works for sometime. We had made plans to roll out later this year, but the current crisis accelerated the timeline."

Retail establishments deemed essential must limit the number of customers per square foot, the order states.