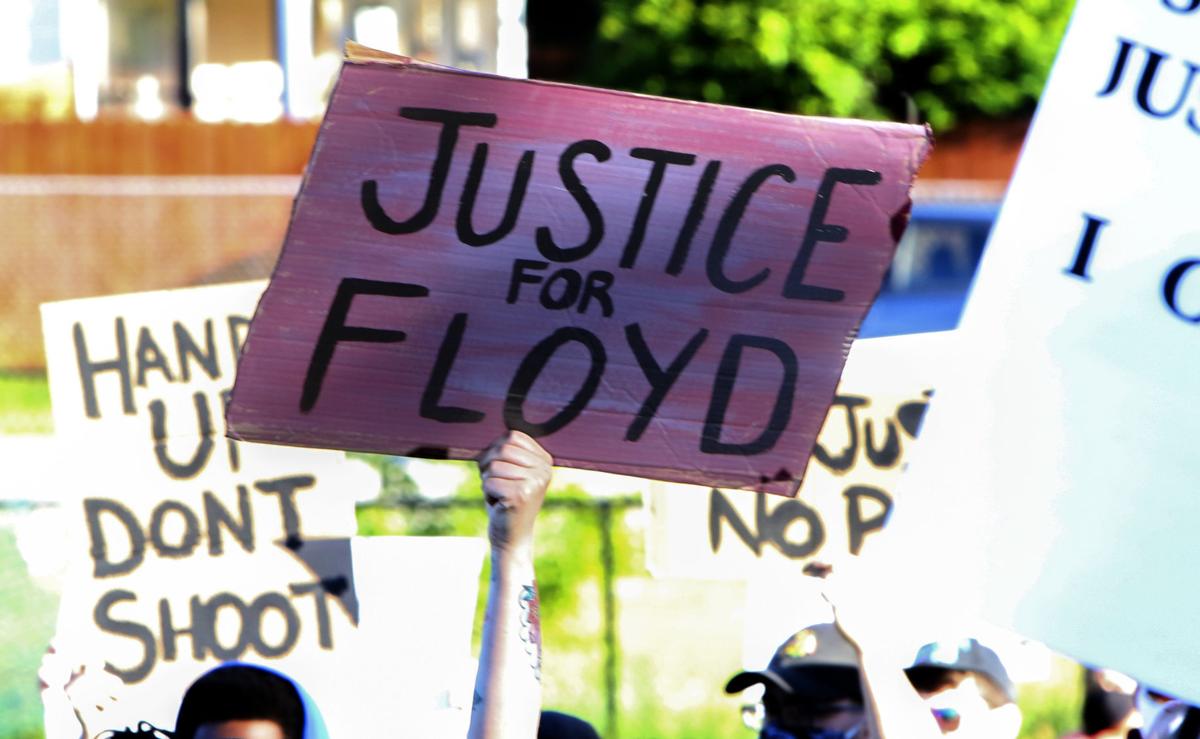 Protesters gather Sunday near the police station in Michigan City to show solidarity with Minneapolis, MN in the death of George Floyd, a black man who was killed last week by Minneapolis police. 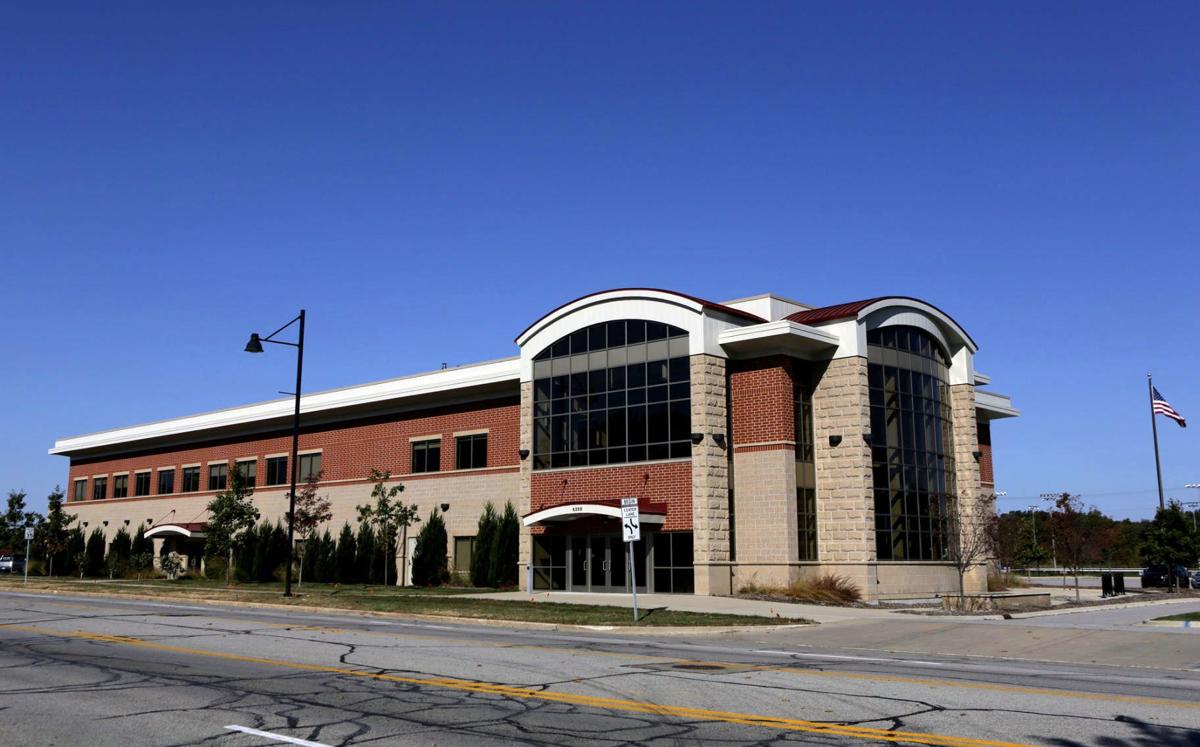 PORTAGE — Police are closing the downtown section of Central Avenue beginning at 4 p.m. today for a protest over last week's death of George Floyd, a black man who was in the custody of Minneapolis police.

The city's main roadway will be closed to traffic from Willowcreek Road east to Hamstrom Road, police said.

Business traffic will be allowed to leave Central Avenue, but not enter, according to police. Residents of Teresa, Eleanor and Lois streets, and Lexington Avenue will be allowed access to their homes.

The protest is scheduled from 5-8 p.m. in the grassy area just east of the city's downtown police station at 6260 Central Ave., police said.

"The command staff of the Portage Police Department has been in communication with event organizers throughout the weekend and today to ensure there are clear boundaries set for the mutual benefit of everyone involved," the department said in a prepared release.

The department goes on to thank organizers for reaching out ahead of time and working cooperatively with city government "to ensure their message is heard and the safety of everyone is maintained," police said. "We hope this event will bring pride to the City of Portage as example of what is possible when law enforcement and citizens work together for the benefit of the entire community."

The protest area is made up of commercial buildings and nearby residences.

The protest comes in the wake of gatherings across the country the last few days, including ones in Hammond, Merrillville, Valparaiso and Michigan City. While many attending the local protests have not created problems, there have been instances of police stepping in to use tear gas, pepper spray and making arrests as individuals damaged property and marched toward and on highways.

The racially-mixed protests nationwide have come in the wake of a video showing a white Minneapolis police officer kneeling on Floyd's neck May 25 as he told police, "I can't breathe." Floyd, 59, died that day following the confrontation with police.

"I've cleaned up more glass that I have seen in my life," Cullen Wulf said Monday. "It just hurts."

Protesters were speaking out about the death of George Floyd in police custody.

South Shore Line officials are not sure yet when commuter rail service to Chicago will resume.

The city of Carmel, Indiana, is organizing a class-action lawsuit against Minneapolis to try to recoup extra policing costs due to recent protests and riots.

About 200 people were on hand for the start of the rally, including a number of clergy members.

Across the U.S. as protesters poured into the streets to voice anger about last week's death of George Floyd, they also marked the occasion with reminders that he is the latest addition to a grim roster.

Black female mayors in spotlight amid protests and pandemic

Black female mayors are leading some of the nation's largest cities during an unprecedented moment of challenge as protests against police brutality overlap with the coronavirus pandemic and an economic collapse.

Ford is piloting a heated sanitation software solution that it says will turn its Police Interceptor Utility into a "Death Valley for the COVID-19 virus."

Chicago mayor says city's reopening to go on despite unrest

Mayor Lightfoot said the “overwhelming" response from business owners was that they wanted to reopen Wednesday when the next phase of Chicago's gradual reopening plan was set to start.

Protesters gather Sunday near the police station in Michigan City to show solidarity with Minneapolis, MN in the death of George Floyd, a black man who was killed last week by Minneapolis police.