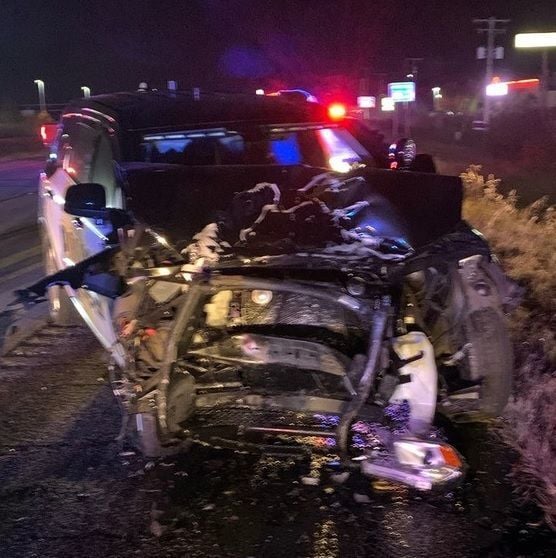 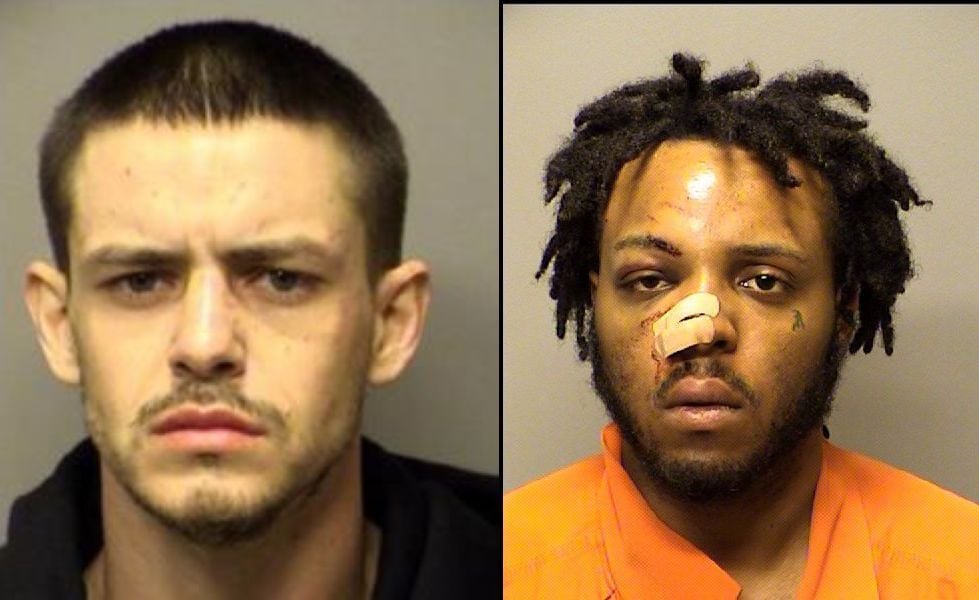 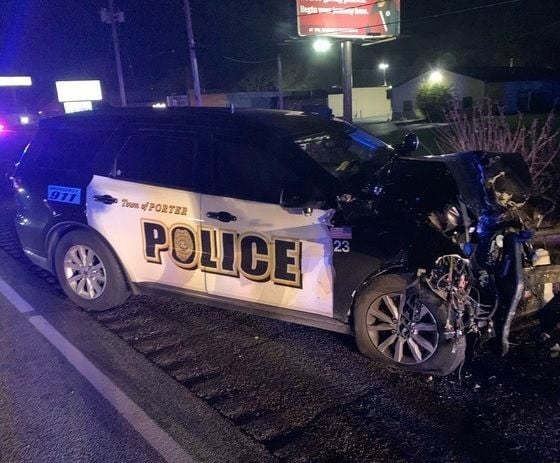 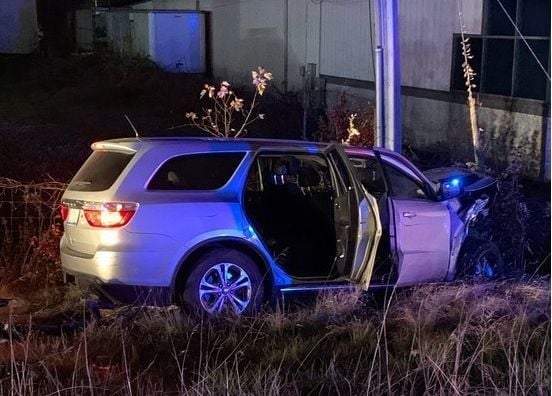 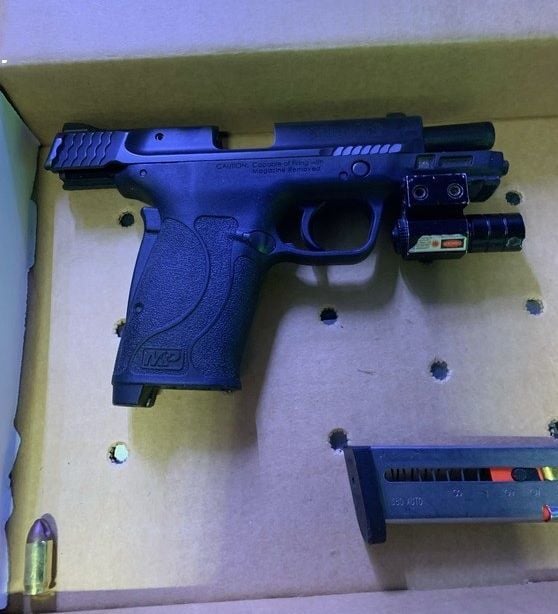 CHESTERTON — The Porter police officer injured Saturday in a head-on collision with a fleeing vehicle suffered a concussion and hand injury and is expected to remain in the hospital for up to a couple more days, according to charges filed in the case.

Aries Atlas Jr., 25, of Kalamazoo, Michigan, who is accused of driving the fleeing vehicle in question at speeds exceeding 110 mph, is charged with two felony counts each of resisting law enforcement and leaving the scene of an accident and misdemeanor resisting law enforcement, driver's license never issued and reckless driving, court records show.

A passenger in the fleeing vehicle, Samuel Kuhl, 25, also of Kalamazoo, is charged with a felony count of possession of a firearm by a serious violent felon and misdemeanor carrying a handgun without a license and resisting law enforcement, the Porter County prosecutor's office said.

Kuhl further faces a felony enhancement for the count of carrying a handgun due to a felony conviction in Kalamazoo for assaulting, resisting and obstructing a police officer on Nov. 16, 2015, records show.

Police said in the charging documents they were contacted at 7 p.m. Saturday by a mother claiming her daughter was being held against her will in a silver Dodge Durango.

The vehicle in question, which had a Michigan license plate, was spotted by state police 12 minutes later eastbound on Interstate 94 in the Chesterton area, police said. The driver initially pulled over, and as officers exited their vehicles, it sped away at speeds exceeding 110 mph.

Police said they observed several people in the vehicle before it pulled away, including a female. Because of that observation and a report of a kidnapping, officers initiated a pursuit, police said.

Three Porter police officers were driving south on Ind. 49 with emergency lights on when the driver turned north in the highway's southbound lanes, police said. Two of the Porter officers avoided the northbound vehicle, but a third officer in a 2021 Dodge Durango collided head-on with the fleeing vehicle, police said.

The Porter officer, Scott Cornelison, who was involved in the crash, was taken to the hospital.

Troopers captured Atlas after subduing him with a Taser when he fled into a Phillips 66 gas station on Calumet Avenue, police said. He was taken to Franciscan Health hospital in Crown Point before jail, where he admitted to driving the fleeing vehicle without a license, police said.

Kuhl remained at large until his capture early Sunday after seeking to use a telephone at the same gas station.

Three females remained in the fleeing vehicle, including one 20-year-old, who after being taken to the hospital for a back injury reportedly told police she had asked Atlas at least 60 times during the pursuit to "just stop."

Police said they found a .380-caliber handgun in the fleeing vehicle that was reported stolen from Kalamazoo. A woman in the vehicle reportedly told police Kuhl had the gun in his hooded sweatshirt and then placed it in the passenger-side door pocket.

"Detectives have since determined this case did not involve a kidnapping, as what was originally reported to dispatch and the troopers who stopped the vehicle,"  Indiana State Police Sgt. Glen Fifield said.

"Therefore, kidnapping charges were not warranted in this case," he said. "However, troopers believed that criminal activity was afoot at the time of the traffic stop due to the information given to them at that time."