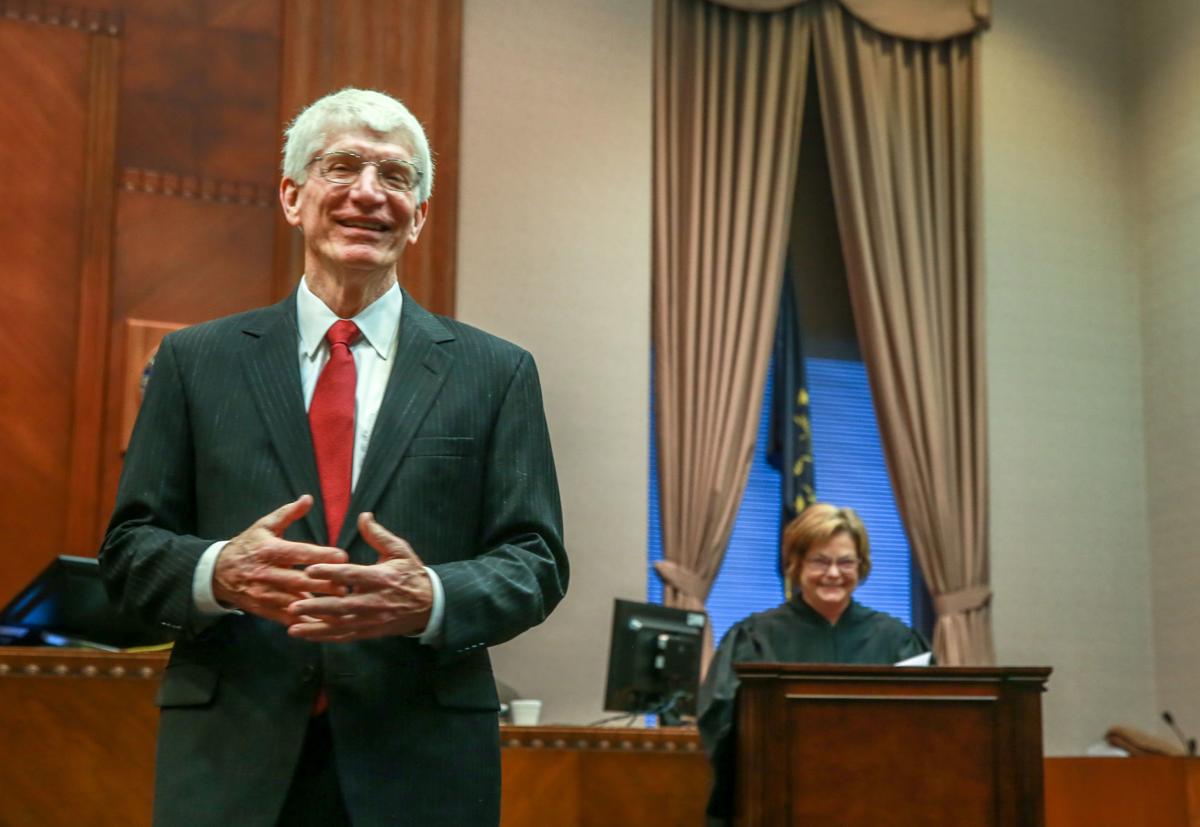 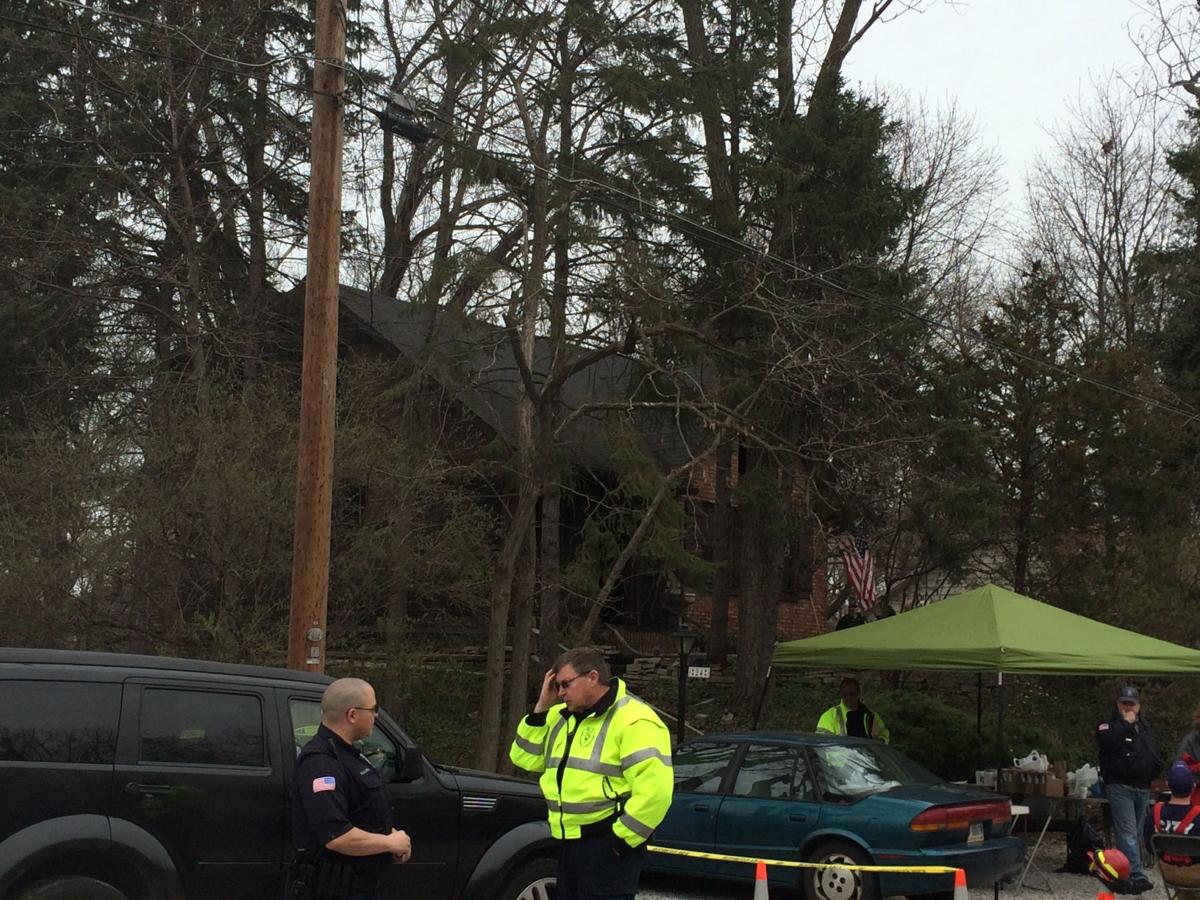 Police and fire officials investigate a fatal fire in Ogden Dunes in April 2015.

VALPARAISO — Announcing his office will no longer prosecute the innocent, new Porter County Prosecutor Gary Germann moved Friday to dismiss the murder and arson case against an Ogden Dunes man accused of burning his mother at their home.

"This case for sure represents a great personal victory for Mr. (Frederick) Fegely, but even more importantly, a great victory for our Porter County criminal justice system by maintaining the integrity of our Constitution," he said in a prepared statement read in court.

"My hope (is) also the public will see this result as a victory for them as well," he said.

Fegely, who has been locked up for three years on the charges, thanked the court for providing the "substantial" amount of money needed to allow his public defender, Bob Harper, to hire the experts needed for his defense.

The 70-year-old was charged with murdering his mother, 94-year-old Wanda Maxine Wunder, by burning her alive at their home on April 16, 2015. He faced charges of murder and arson.

"Our defense was simply this fire was not arson," Harper said in a prepared statement lauding the experts and investigators in the case.

"I have been convinced of Mr. Fegely's innocence since I started working on this case and it is gratifying to me to know he will be released," Harper said.

Germann said prior to taking over the prosecutor's office on Tuesday, he reviewed the evidence in the case and met with investigators, who he said "conducted a cutting edge investigation in this extremely complicated and science-driven arson case."

He said they all agree there is no way to pursue a successful prosecution of Fegely for felony murder.

While the basement of the home in question was identified as the origin of the fatal fire, "the cause of the fire has not and cannot be established," Germann said.

There is no evidence of an accelerant either at the site or on the clothes Fegely was wearing at the time, he said.

Another theory that there was a second area of origin for the fire on the first floor of the house was also found to be without support, Germann said.

Germann lauded Harper's efforts in pursuing the facts in the case, particularly while serving as a public defender.

"Few lawyers, let alone a public defender, would have spent the time he did on this case," Germann said.

Harper said during a hearing in November he was under the impression prosecutors intended to drop the case at that time because of a breakdown in the evidence against his client.

But at the suggestion of then-Chief Deputy Prosecutor Matt Frost, the case was set for a status hearing after the start of the new year so Germann, as the new prosecutor, could decide on how to proceed.

"It seems only fair," Frost had said.

Frost said his office, under the control of outgoing Prosecutor Brian Gensel, had reviewed the recent developments in the case and decided it could not dismiss the murder charge.

Harper had said a breakdown in evidence means prosecutors are no longer able to pursue claims Fegely was found to have a flammable liquid on the pajama bottoms he wore after claiming he was awakened by the fire and retreated to a neighbor's house.

He said a fire investigator for the Indiana Department of Homeland Security, who was serving as a witness for prosecutors in this case, has quit his job after making disputed claims in a fatal fire in southern Indiana.

Harper also said he had sent evidence from his own expert and a Bureau of Alcohol, Tobacco, Firearms and Explosives expert to the Ogden Dunes police chief, fire chief and a detective, but prosecutors told the investigators not to read the material.

"I was afraid it will look like I did the crime" and was looking for a "way out," Fegely had said.

Police: Driver said he tried to flee Porter crash scene, but was too injured and drunk

VALPARAISO — An Oct. 1 trial has been postponed for an Ogden Dunes man charged with murdering his elderly mother by burning her alive at their…

Police and fire officials investigate a fatal fire in Ogden Dunes in April 2015.