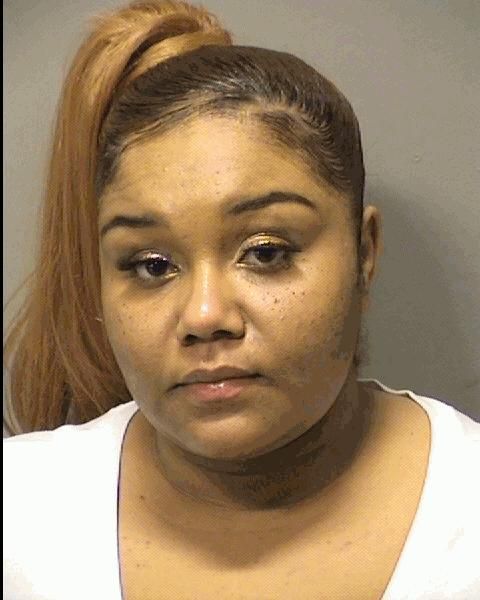 PORTAGE — Two women were arrested Saturday morning after a fight outside a bar.

According to police, a "large mob" of 20 to 25 people were either observing or participating in a fight outside of Sunset Lounge, 5844 U.S. 6, just before 3 a.m. Saturday.

According to the report, an officer was at a traffic stop about a quarter of a mile away when he heard people yelling in the area of the bar. He responded to the bar, where he reported numerous vehicles fleeing and the parking area "gridlocked."

Calling for backup, the officer attempted to break up the large crowd, but stated, "the sheer number of disputants limited my abilities to safely do so by going hands-on."

Other officers arrived and people began to disperse, according to the report, which added police then saw a small group of women involved in a physical fight.

"Our officers were greeted by many of the subjects refusing verbal commands, verbal aggression and unwarranted physical contact," said Police Chief Troy Williams, adding that security personnel and bouncers on the scene did not intervene in the disturbance.

Williams added this was the second call to the Sunset Lounge on Saturday morning. The first was for a loud noise complaint.

One woman, Toshema Emery, 26, of East Chicago, was being held back, and apparently had been involved in the brawl, police said. Emery was taken into custody for a charge of misdemeanor disorderly conduct and transported to Porter County Jail.

A second woman, Marshema Mitchell, 29, of Gary, was also allegedly involved in the fight. As police attempted to stop her, she continually pulled away from officers, according to the report, and was eventually taken to the ground. She was arrested and charged with misdemeanor counts of resisting law enforcement, disorderly conduct and public intoxication and transported to the jail. 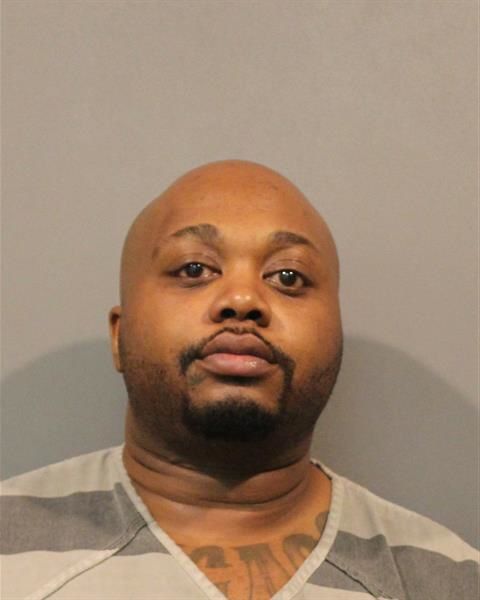 HAMMOND — The Lake County prosecutor's office filed a felony and eight misdemeanor charges Monday against a Chicago man who led Indiana State police on a high-speed pursuit this weekend.

Police said the trooper attempted to pull Harrison over about 2:30 a.m. Sunday for speeding westbound on the Indiana Toll Road just east of the Indiana-Illinois state line, but Harrison fled away at speeds approaching 100 miles per hour.

Police said Harrison exited the toll road at the junction of Indianapolis Boulevard and Calumet Avenue and fled south to 116th and then to Myrtle Avenue where he abandoned his car at the street's dead end and attempted to flee on foot before he was tackled and finally restrained with the assistance of other troopers.

Police said they found marijuana and a large amount of cash in Harrison's possession.

He was being held in the Lake County Jail. His bond is set at $15,000. He also was reportedly on probation in Illinois for drunken driving. 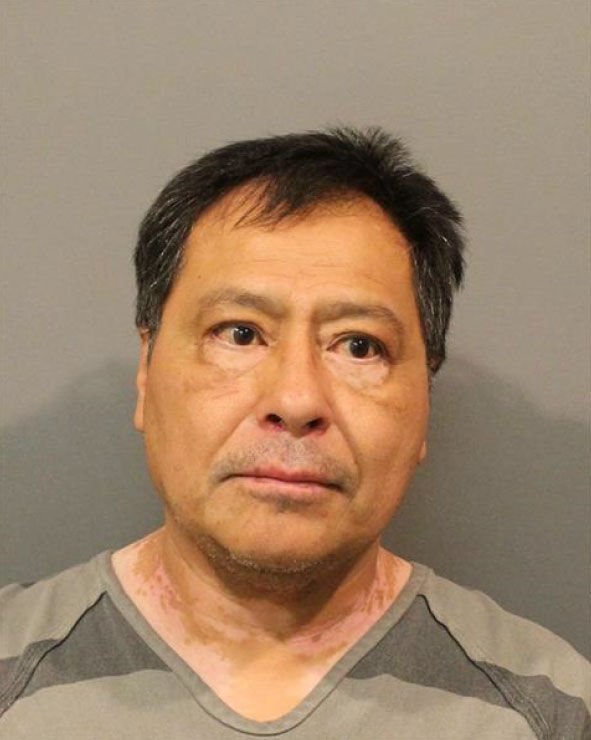 CROWN POINT — A man told police Esteban Ocampo shot his friend, Markis D. Square, before he turned the gun on him, leading to a wrestling match over the weapon outside Ocampo's business in Gary, according to recently filed court records.

Ocampo, 50, of Gary, was charged Saturday in Lake Criminal Court with murder in the shooting of Square, his former business partner, after a dispute over money at Ocampo Auto Sales, 401 W. Ridge Road.

Ocampo also is charged with intimidation and pointing a firearm on allegations he stuck his gun in Square's friend's face after the fatal shooting and tried ordering him into his business's garage.

The friend provided his account of the shooting Saturday morning, shortly before charges were filed against Ocampo. The friend was in police custody Saturday on an unrelated matter, records state.

He told police he drove Square on Wednesday to the auto business to pick up a vehicle. He said after they parked, Square, 30, and Ocampo spoke briefly before walking into the business's garage.

He said Square ran from the garage with Ocampo chasing him, shooting a gun at him from about 3 to 4 feet away, records state. The men rounded the building's corner, where the friend lost sight of them.

He said Ocampo came back and ordered him to, “Get on your knees,” records state. The friend refused and Ocampo allegedly stuck the silver revolver in his face. Ocampo then told the man to get into the garage, but he again refused, and they ended up “tussling” over the firearm, records state.

The man said he was able to get the gun away from Ocampo, but he returned it and left the scene in his vehicle. He said he fled because he was wanted by police on a warrant.

He told detectives he did not realize Square was dead until someone later called and told him.

The friend's account of the shooting differs from an account provided by Ocampo's wife, who initially told police Square was shot by a customer while attempting to rob her, records state.

Police said the wife confessed Friday that story was phony after officers confronted her with inconsistencies between her initial statement and what she told dispatchers in her 911 call to report the shooting.

She allegedly confessed her husband shot Square, but claimed Square threatened him with a gun. She said she went inside the business to call police, and she then heard three gunshots.

She told police she went back outside and found her husband fighting with Square's friend, records state. She said her husband left the scene as police were arriving and threw his gun in an alley.

Ocampo requested an attorney when police attempted to interview him, records state.

A .22-caliber semiautomatic handgun was found in Square's back pocket at the crime scene, records state. Police found no spent shell casings at Ocampo Auto Sales.

Ocampo previously served three years in prison for a robbery conviction in December 1988 in Cook County, records state. He was sentenced to 15 months in prison in June 2013 after he was convicted of aggravated driving under the influence of alcohol or drugs in Cook County.

Ocampo is in custody at Lake County Jail. He is not afforded bond. 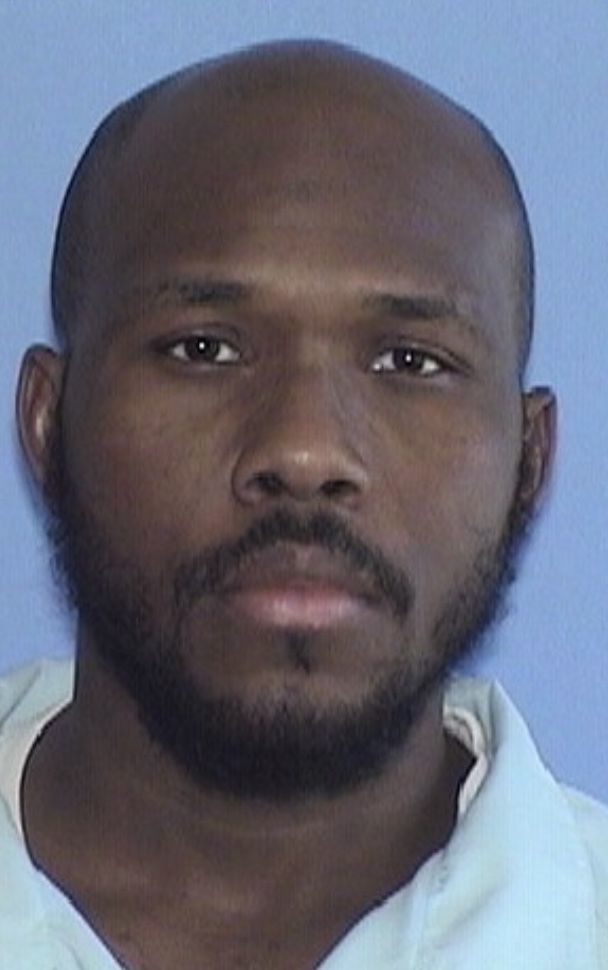 HAMMOND — A Chicago man turned himself in several hours after police released his photo and a video Friday showing him fleeing a traffic stop in which he's accused of nearly hitting the police chief, a spokesman said.

Hammond police had been attempting to locate Garrick Turner, 28, for nearly a month before releasing his photo Friday, Lt. Steve Kellogg said.

Turner, who was allegedly driving on a suspended license and is on parole in Illinois for aggravated robbery and attempted unlawful use of a weapon, faces two counts of resisting law enforcement in the Hammond case, Kellogg said.

It remained unclear why Turner sped off after Police Chief John Doughty pulled him over March 12 for running a red light in South Hammond, he said.

Doughty, who was wearing a body camera, and other officers were unable to locate Turner the night he fled. The city's license plate reader system led them to a Hammond residence the next day, but police again could not locate Turner.

Turner was driving a rental car at the time of the traffic stop, so the license plate reader system was not useful in indicating if or when Turner made any subsequent trips to the city, Kellogg said. 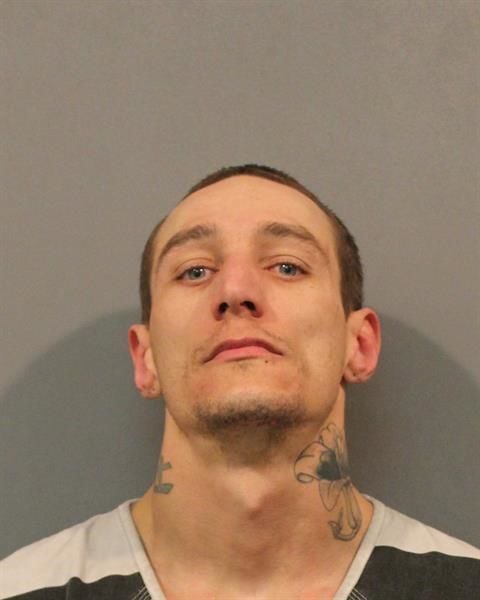 William Evans, of Lake Station, was charged Saturday in Lake Criminal Court with armed robbery on allegations he threatened a cashier with a knife and demanded money Friday morning at Rich's gas station, 4301 Central Ave., in Lake Station.

Christina Harris, Evans's 32-year-old girlfriend, and Harris's 60-year-old mother, Patricia Williams, are both charged with assisting a criminal, a Class A misdemeanor, on allegations they hindered a police investigation of the robbery.

Police were dispatched to the store 9 a.m. Friday after receiving reports of the robbery, court records state. A witness told police the robber displayed a small knife and demanded the cashier open the store's register.

The robber grabbed the register's cash and fled the store in a white Chevrolet Camaro, which was parked in a nearby alleyway.

The robbery was captured on surveillance footage. A still photo of the suspect taken from the video was posted to social media by the Lake Station Police Department. Police received several tips from residents identifying the suspect as William Evans, records state.

Detectives learned from Portage police Harris was Evans's girlfriend. Harris and her mother, Williams, were taken into custody Friday after leaving Harris's home in the 2900 block of Monnier Street in Portage.

Police said Williams was seen in surveillance footage at the gas station before the robbery.

Both women initially told police they dropped Evans off at work in Gary and then ran into a friend of Harris's, who asked for a ride to Portage. They stopped at Rich's gas station so Williams could purchase cigarettes, at which point the friend changed his mind and decided to stay at the gas station, the women said.

Williams changed her story after she was shown the surveillance footage, records state. She admitted Evans robbed the gas station, which Harris confirmed after she was told her mother already implicated Evans.

Evans was taken into custody and denied involvement in the robbery.

Evans was accused in March 2013 of committing three robberies at three separate businesses in Portage, allegedly threatening store clerks with a black BB gun. He pleaded guilty to three counts of robbery the following year and was sentenced to 15 years in prison, with five years suspended for probation.

He was released from prison in June 2017, records state.

Evans is jailed without bond. The women were given $5,000 bonds. 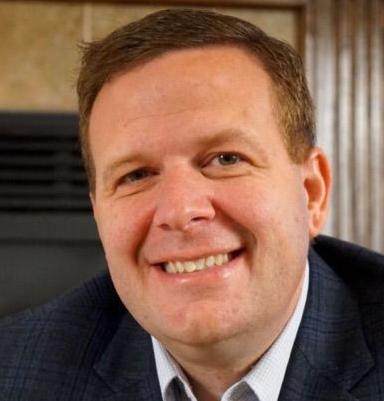 In a filing in Snyder's public corruption case on Sunday in U.S. District Court in Hammond, Snyder's lead attorney, Jackie M. Bennett of Indianapolis, argues federal prosecutors have "repeatedly misrepresented material facts" regarding the issue of whether prosecutors have viewed attorney/client privileged emails and whether viewing those emails have prejudiced Snyder.

The issue over Snyder's email and his contentions that his rights have been violated will be decided without a hearing. According to court documents filed Monday, "all parties" agreed during a teleconference Monday that no hearing will be necessary to decide the motion regarding the email.

Bennett contends the process to filter the emails failed and, not only have prosecutors viewed confidential emails, but also have changed their stories several times regarding that process and whether the emails have been viewed.

Snyder claims both his Sixth and Fourth Amendment rights have been violated and seeks either the indictment against him be dismissed or the current prosecution team be disqualified.

"Snyder's attempt to understand the government's privilege filter has been hampered not only by the government's reticence regarding what procedures it had in place to protect Snyder's constitutional rights, but also the government's ever-changing description of the filter process," according to the latest filing.

"These changing representations bear directly upon fundamental matters of whether some agents have viewed or been exposed to every email," the filing continues, adding "the government's story never improves; instead, in each case the emended representation shows or suggests that the problems previously identified by Snyder are worse than originally known."

Schererville police look for a couple of suspects in a series of thefts of tools valued at more than $5,000

CHESTERTON — Police here are searching for a woman reported missing since April 20.