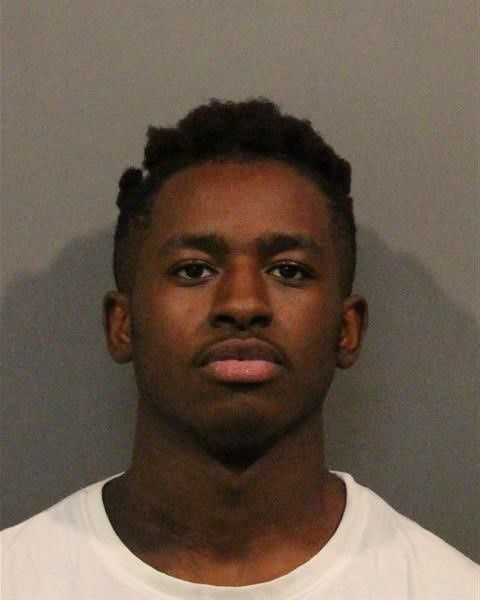 CROWN POINT — An 18-year-old man pleaded guilty to an amended charge Tuesday in connection with a 2016 robbery that resulted in the homicide of a 43-year-old man in Gary's Midtown section.

Christian E. Manning, of Gary, admitted he stole a radio from Samuel Moore's vehicle after co-defendant Lacindo Luckett shot Moore twice, according to a plea agreement.

Moore was at a family party with Kenya Honeycutt, who was 15 at the time, before his death, court records say. Manning admitted he received a message from Kenya Honeycutt about a robbery.

Moore drove to pick up Manning along with the Honeycutt sisters and Luckett. While in Moore's vehicle, Luckett pulled out a handgun in the vehicle and told Moore to give him everything Moore had, documents state.

Moore tried to grab the barrel of the gun, and Luckett shot him in the hand and chest, records allege. Moore exited the vehicle, and Luckett drove it away with the other teens inside, according to documents.

Manning pleaded guilty to a level 3 felony charge of robbery resulting in serious bodily injury. Attorneys will be free to argue the terms of his sentence, but he will face no more than nine years in prison if Lake Criminal Court Judge Clarence Murray accepts his plea agreement.

Manning agreed to not be sentenced until after his co-defendants' cases are resolved.

Si'mone Honeycutt pleaded guilty in December to an amended charge of level 5 felony assisting a criminal and is awaiting sentencing.

The Lake County prosecutor's office charged Kenya Honeycutt in 2016, but later dropped the charges, saying she should be prosecuted in Lake Juvenile Court.

Luckett has pleaded not guilty and has a court hearing set for Sept. 6. 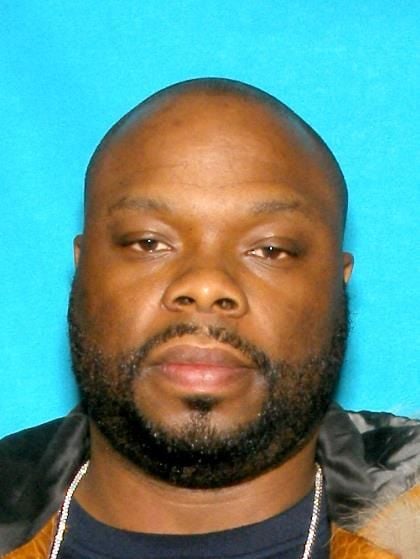 THORNTON — The man charged with the murder of a Gary woman was on probation for allegedly beating a pregnant woman in 2017, causing her to lose three of her quadruplets, court records state.

McGhee was charged with murder in the death of 27-year-old Sidne-Nichole Buchanan, of Gary, by the Lake County prosecutor's office, according to the FBI. He is being held at Lake County Jail without bond.

Buchanan, a mother of two, went missing July 27 and was last seen attending a Wiz Khalifa concert in Tinley Park.

Bavender said McGhee is the last person Buchanan was known to be with at the concert the day of her disappearance. McGhee was identified in a video Buchanan posted to Facebook before she went missing, Bavender said. He was known to frequent Gary, Hammond and Chicago.

Authorities apprehended McGhee crossing into Indiana from Illinois, according to the Lake County Prosecutor's Office.

The cause and manner of death are pending at this time, she said.

“The only thing I'd like to say is that I am happy he's been apprehended,” Sabrina Short, Buchanan's grandmother, said. “Women in Northwest Indiana can sleep safely now that he's been caught. He should not have been walking the streets.”

Buchanan's mother, Kaneka Turner, of Gary, posted a formal letter on Facebook on behalf of Buchanan's family members informing the public of her death.

"Sidne was full of ambition, altruism, passion and love," the family wrote. "Sidne was a dynamic person. She cared deeply about her family and friends. Sidne was loved by many."

The family thanked the FBI, those who called the FBI with tips and people who spread the news of Buchanan's disappearance in hopes for her safe return.

Turner previously told The Times that Buchanan is the mother of a 9-year-old and 11-year-old.

"It's extremely difficult for her children," Turner said in a prior interview. "It's very tough for the family. She is very close to her siblings and very close to me. We are trying to shield her youngest from it, but her oldest is completely devastated."

On February 20, 2017, McGhee allegedly punched and kicked a pregnant woman after she told him she was moving out of his Merrillville residence and into her mother's house, court records said. After the woman told McGhee she was moving, he allegedly grabbed a kitchen knife and held it to the back of her neck, “threatening to kill her.” The woman fell to the floor and McGhee ordered her to stand up and walk up the stairs.

As she was walking up the stairs, McGhee grabbed her phone and became angry when he saw she had texted her friends. He then allegedly kicked her in the stomach, knocking her down. He began punching her and kicking her in the face and lower extremities, court records said. The woman was able to get away from McGhee and went to a hospital and the Merrillville Police Department.

On February 27, 2017, McGhee was charged with aggravated battery, two counts of criminal confinement, intimidation, domestic battery resulting in serious bodily injury and domestic battery by means of a deadly weapon, according to the Superior Court of Lake County.

McGhee was taken into custody and posted an $8,000 cash bond on March 9, 2017. In June 20, 2017, the same woman's mother contacted police saying her daughter was missing. Merrillville police had the woman's phone tracked to an area near 3600 Broadway in Gary.

Police learned McGhee worked at a fireworks stand nearby, and they went to the business searching for the woman. McGhee told police she was not with him, however, officers found the woman and child in the fireworks stand bathroom after a search, court reports said.

Once in custody, the woman told police McGhee allegedly kept her and her 6-year-old son at the location against their wills.

She said on May 17, 2017, McGhee texted her asking to meet in the parking lot of Lee's Inn in Merrillville. She got into his vehicle and as the two were speaking, an unknown man got into the back of McGhee's car. McGhee then drove out of the parking lot and the unknown man punched the woman in the head, court documents said. McGhee allegedly told him, “If she gets out of the car, shoot her.”

McGhee then drove the woman to his Merrillville home and threatened to harm her family if she didn't obey him, court documents alleged. At one point, McGhee allowed the woman to go to her son's school and pick him up. She said she did this because she was afraid for her family's safety.

McGhee was apprehended and charged on June 28, 2017, with kidnapping, two counts of criminal confinement, intimidation and invasion of privacy.

On August 13, 2018, McGhee filed a plea agreement, pleading guilty to intimidation, a level 5 felony. On October 11, 2018, the plea was accepted and all other charges were dismissed.

A judge sentenced him to three years in prison but suspended the prison term in favor of probation, giving McGhee credit for 483 days in jail, which was subtracted from his sentence.

While he completed his prison sentence, McGhee is currently still on probation for those charges, according to court records. 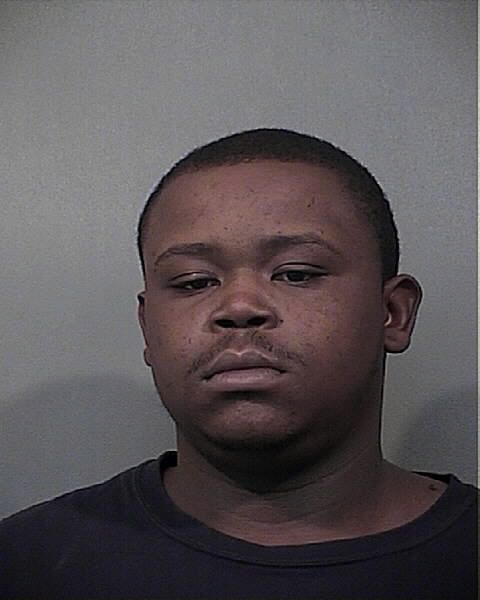 CROWN POINT — The fifth of seven people charged in connection with the shooting death of a Gary gambling house owner nine years ago pleaded guilty Tuesday to attempted burglary.

Johnson fled when Simmons confronted the group, while co-defendants Dontaye Singletary, 27; Antoine Gates, 42; Jamell J. Brooks Jr., 28; and Rashaad McNair, 31, remained inside and shot at Simmons, according to a plea agreement. Simmons, who was shot multiple times, was found dead in his basement the following morning by a friend.

Brooks and McNair previously entered into plea agreements in the case. McNair was sentenced in April to 65 years in prison after pleading guilty to robbery in connection with Simmons' slaying and murder in the shooting death of Kevin Champion, 41, in August 2010.

Gates, who also is charged in with murder in the shooting death of a state's witness in 2013, is next scheduled to appear in court Aug. 23.

Singletary has a status hearing set for Nov. 8.

A sixth person, Diana M. Veal, 28, entered into a plea agreement in 2014 and is awaiting sentencing.

Johnson pleaded guilty to a class B felony count of attempted burglary, which carries a sentence of six to 20 years in prison. The advisory sentence is 10 years. Attorneys will argue Johnson's sentence.

In exchange for Johnson's plea, prosecutors plan to dismiss remaining charges in the Simmons homicide and two additional cases against Johnson.

Johnson agreed to fully cooperate in the cases against his co-defendants in the Simmons homicide. He also agreed to provide statements or testimony against McNair and Jesse Carter IV, who pleaded guilty in November to assisting a criminal for serving as a getaway driving in the Simmons and Champion homicides. Carter is scheduled for sentencing Oct. 19.

Absent from Johnson's plea agreement are any promises to cooperate with the prosecution of Gates and co-defendants Ronnie E. Major, 49, and Michael Rivera, 62, in the Dec. 19, 2010, shooting death of Jocelyn Blair inside the Coney Island restaurant at 2490 Broadway in Gary.

Before her death, Blair had been expected to testify against Major in a separate attempted murder case. Major was eventually convicted in the case and served a short prison sentence.

Major, Gate and Rivera were charged in Blair's homicide in 2016. Major was released from jail on his own recognizance last month after the state missed a deadline to keep him in custody while awaiting trial.

What type of Halloween candy are you?