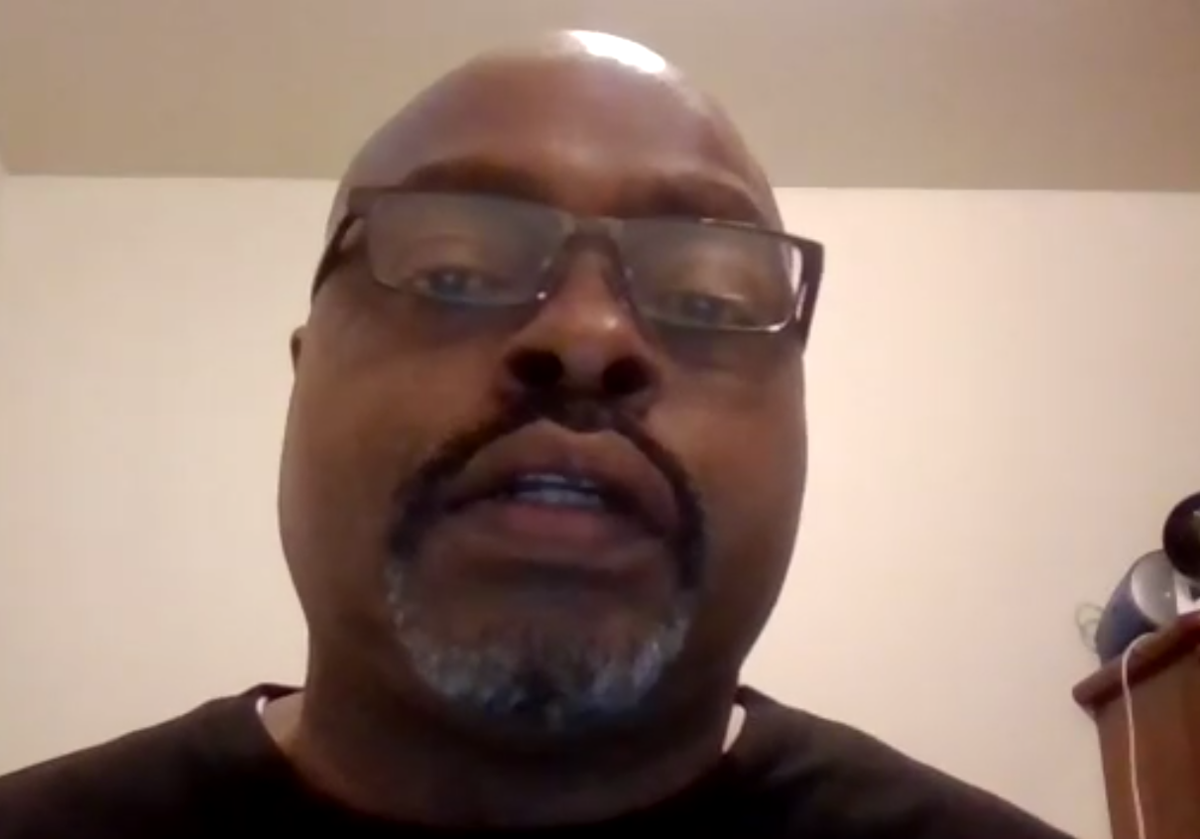 Roosevelt Glenn, who served 18 years in prison for a crime he didn't commit, speaks Tuesday about race and wrongful convictions during a virtual forum hosted by Purdue University Northwest. 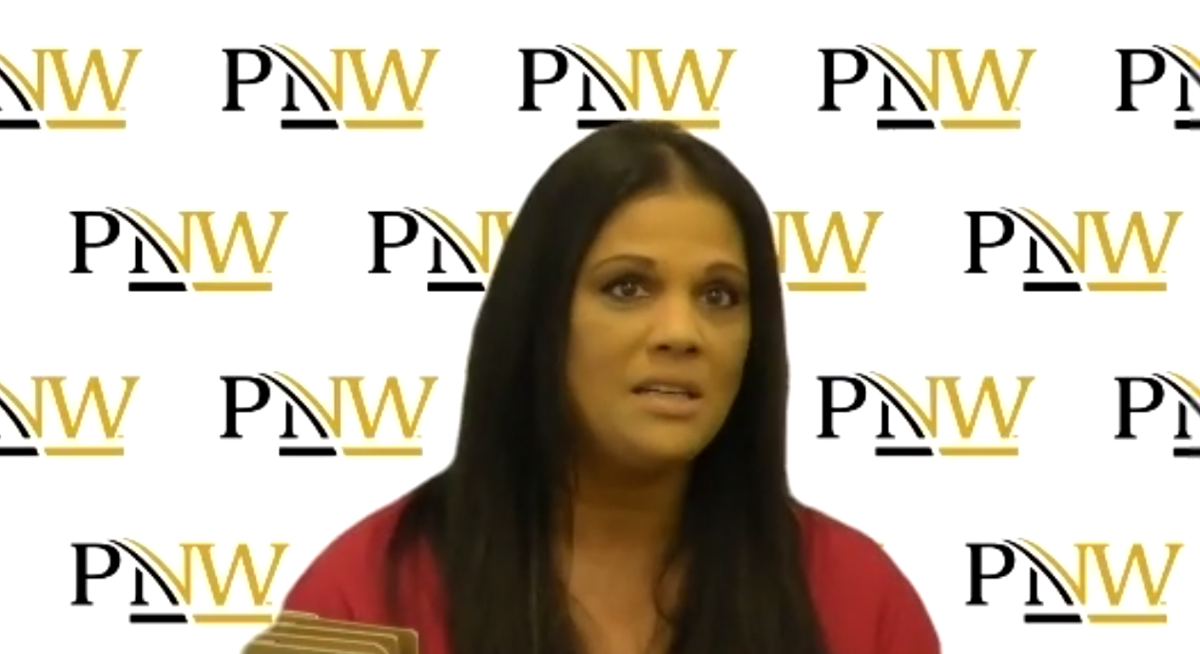 Nicky Jackson, an associate professor of criminal justice at Purdue University Northwest, speaks Tuesday during a virtual forum on race and wrongful convictions. 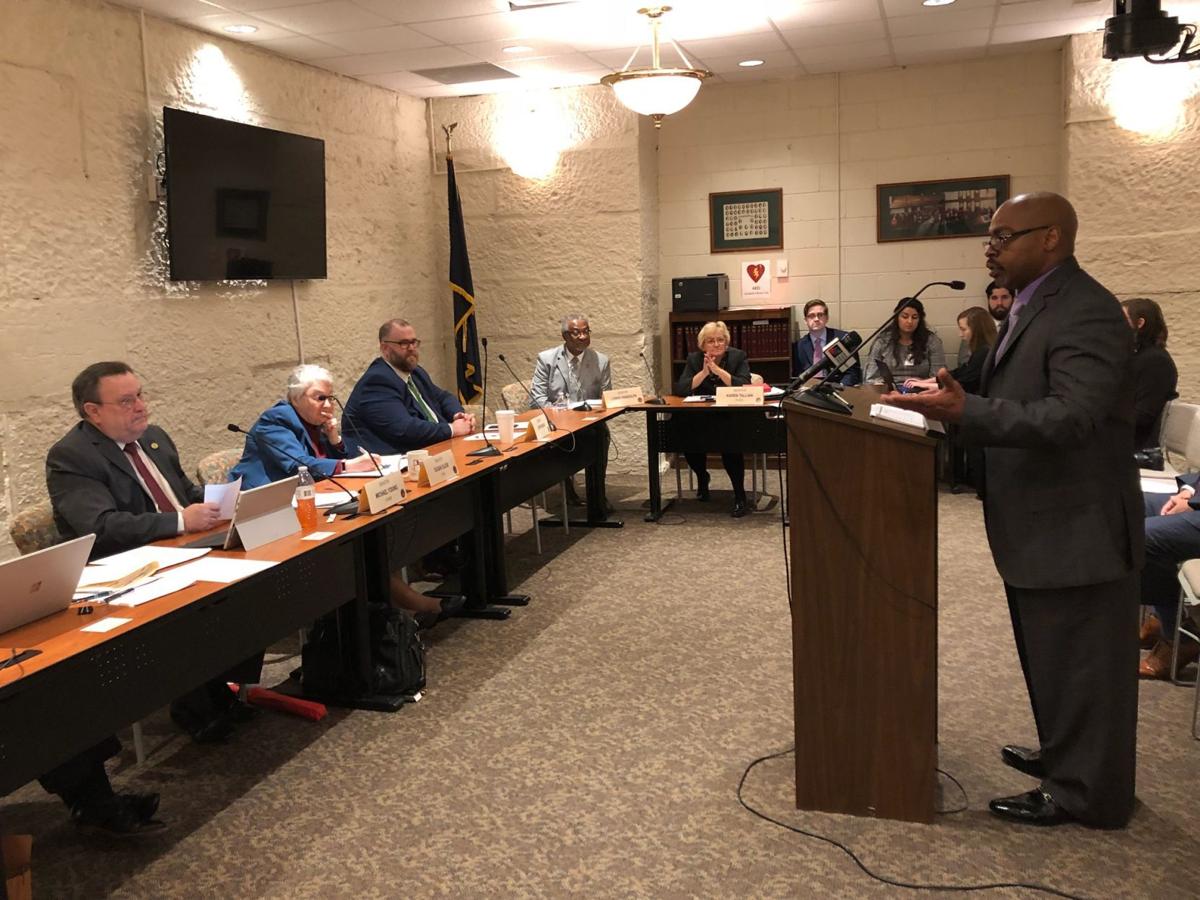 Roosevelt Glenn, of Gary, standing right, tells the Senate Committee on Corrections and Criminal Law on March 12, 2019, about the 17 years he spent in prison for a 1989 Hammond rape that DNA evidence later showed he did not commit. 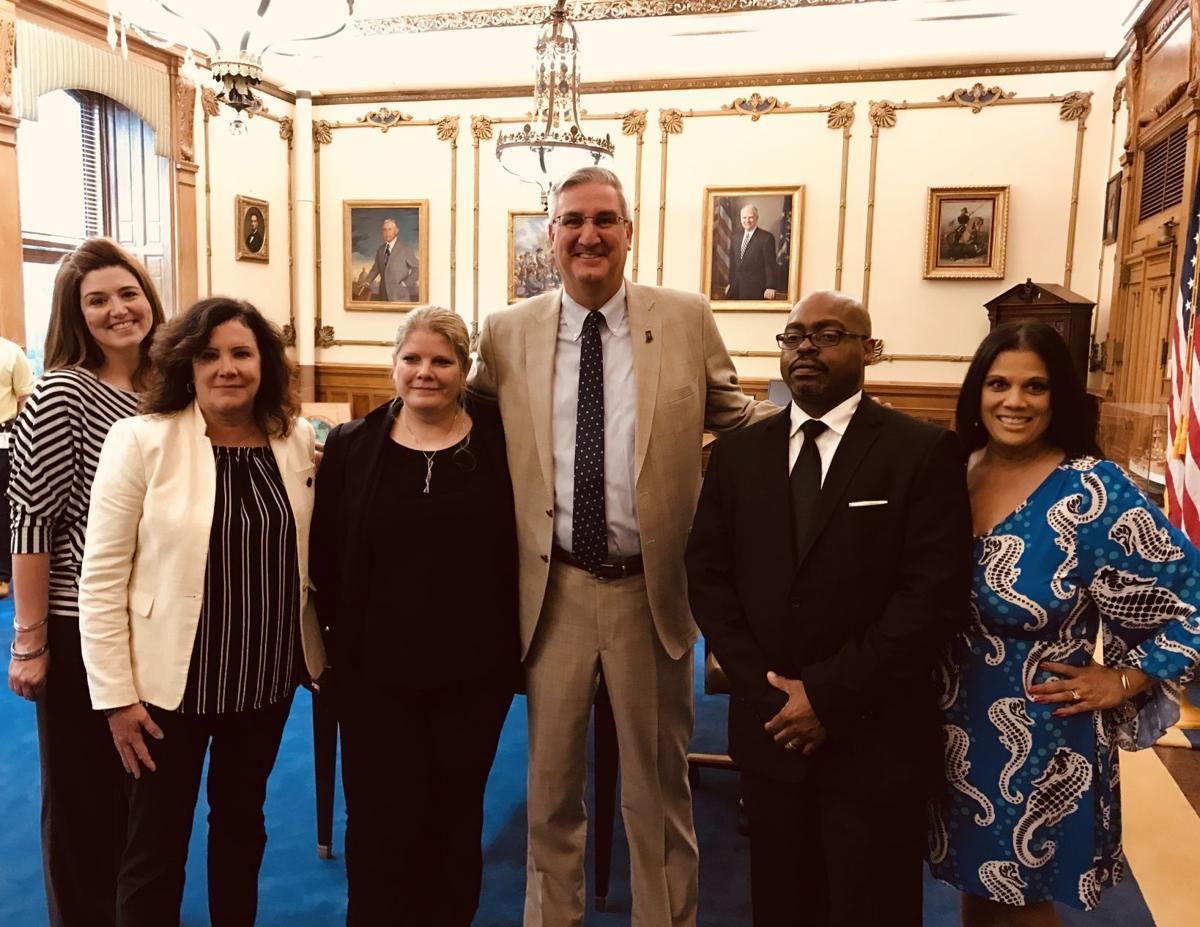 HAMMOND — Roosevelt Glenn wants to ensure no one again has to endure the experiences he's lived through as an innocent man who served nearly two decades behind bars for a crime he didn't commit.

A Lake County jury found Glenn guilty of rape in 1993 and sentenced him to 36 years in prison. He was released in 2009 after completing his sentence with good behavior, but still was required to register as a sex offender and take classes aimed at reducing his supposed violent tendencies.

In 2016, DNA evidence conclusively showed Glenn did not commit the crime that sent him to prison and the former Region steelworker was exonerated.

Glenn has since pieced his life back together, which he credits to his family and to his faith, but he believes the system that erroneously locked him up needs to be broken apart, not least because of the racial disparities common to wrongful convictions.

The issue of race and wrongful convictions was the subject of a virtual presentation attended by more than 200 people Tuesday through Purdue University Northwest, featuring Glenn and PNW Associate Professor Nicky Jackson, who leads the university's criminal justice program.

Data presented during the program show there were 143 people in 34 states exonerated last year of crimes for which they were convicted and who served a collective 1,908 years in prison.

Jackson said official misconduct by police and prosecutors was a leading cause of wrongful convictions, along with perjured trial testimony, usually by jailhouse snitches, mistaken identification by crime witnesses, false DNA results, and false confessions by innocent suspects, typically to secure a reduced prison term.

African Americans tend to be particularly victimized by wrongful convictions, comprising 49% of exonerations despite making up just 14% of the nation's population, Jackson said.

Both Jackson and Glenn said reducing the number of wrongful convictions starts with holding police and prosecutors more responsible for their mistakes.

Glenn also believes judges, particularly appellate judges, need to more thoroughly investigate the criminal appeals presented to them and not just toss reasonable arguments or claims of innocence solely due to legal technicalities, as Glenn said repeatedly happened to him.

He said he expected, as an innocent man, that the system would work, and recognize he did not rape a woman in Hammond while he was in Gary. But no matter the arguments he made in court, his convictions were consistently upheld and he remained locked up.

"The police officer in my case had a bad history (with wrongful convictions)," Glenn said. "Some things need to change and we have to work on reforms."

The Indiana General Assembly last year approved a new law, House Enrolled Act 1150, that permits a person to receive $50,000 for each year the person spent in the Indiana Department of Correction, or a county jail, for a conviction that was vacated due to actual innocence of the crime for which he or she was convicted.

According to the Indiana Criminal Justice Institute, which administers the exoneree compensation program, 15 applications for monetary awards have been received since Nov. 1, eight are under review, five were deemed invalid and one has been accepted.

Glenn, who wrote a book about his experience titled "Innocent Nightmare" but has not otherwise been compensated for his wrongful conviction, said getting the state program up and running urgently is needed because innocent men and women released from prison often have nothing more than the clothes on their backs and no one to return home to.

Dark sky areas perfect for stargazing in the U.S.

The Moon could be hiding water on its rough, bumpy exterior

The Moon could be hiding water on its rough, bumpy exterior

The role of race in wrongful convictions is the subject of the next presentation in the "Race, Racism, Anti-racism" interdisciplinary discussion series organized by Purdue University Northwest.

INDIANAPOLIS — An innocent person wrongfully convicted of a crime in Indiana, and forced to serve time behind bars, is entitled to compensatio…

CROWN POINT — Darryl K. Pinkins looked through a barred window Monday at Lake County Jail as he awaited his release after spending more than t…

The investigation is ongoing and police are still searching for suspects. Anyone with information is asked to call Calumet City police at 708-868-2500.

The driver was given a citation for disregarding a train signal.

Motorcyclist sent to hospital after being rear-ended while trying to turn into driveway, police say

Police cited the driver of the car for unsafe vehicle operation and he was released from the scene.

Roosevelt Glenn, who served 18 years in prison for a crime he didn't commit, speaks Tuesday about race and wrongful convictions during a virtual forum hosted by Purdue University Northwest.

Nicky Jackson, an associate professor of criminal justice at Purdue University Northwest, speaks Tuesday during a virtual forum on race and wrongful convictions.

Roosevelt Glenn, of Gary, standing right, tells the Senate Committee on Corrections and Criminal Law on March 12, 2019, about the 17 years he spent in prison for a 1989 Hammond rape that DNA evidence later showed he did not commit.