Republican Attorney General Todd Rokita is asking the U.S. Supreme Court to strike down a 2018 federal regulation barring the possession of a firearm accessory that was used to perpetrate the deadliest mass shooting in American history.

Stephen Paddock, 64, killed 60 people and injured 867 on Oct. 1, 2017, when he fired more than 1,000 bullets in about 10 minutes from his 32nd-floor Las Vegas hotel room into the crowd attending the outdoor Route 91 Harvest country music festival.

Paddock, who subsequently killed himself, was able to fire so many shots by outfitting some of his 14 AR-15 rifles with bump stocks, a device that uses the recoil of a semi-automatic firearm to, in effect, enable the weapon to fire continuously, similar to an automatic rifle or machine gun — which generally are prohibited by U.S. law.

Following the massacre, the administration of Republican former President Donald Trump on Dec. 18, 2018, issued a federal regulation banning bump stocks and requiring any person in possession of a bump stock to destroy it, or otherwise render it inoperable, by March 26, 2019.

The regulation was immediately challenged at the federal court in western Michigan by the Gun Owners of America organization.

It initially lost its bid for a preliminary injunction. But the 6th U.S. Circuit Court of Appeals in March halted the regulation by concluding bump stocks were incorrectly classified as machine guns by the Bureau of Alcohol Tobacco and Firearms.

A similar case out of Utah now is awaiting action by the U.S. Supreme Court, spurring Rokita, as part of a coalition of 20 Republican state attorneys general, to urge the nation's high court to hear the case and strike down the Trump-era bump stock ban.

"Hoosiers have learned over many years to beware the tendencies of entrenched federal powers to incrementally infringe on our constitutional liberties," said Rokita, a Munster native.

The U.S. Justice Department has until Oct. 4 to respond to the request for high court review, and the plaintiffs then will have the opportunity to address the ATF's defense of the regulation.

If the Supreme Court ultimately agrees to hear the case any decision by the nine justices likely won't be issued until June 2022 or later.

In the meantime, Rokita is vowing to zealously guard the gun rights of Hoosiers by continually challenging any law or regulation he believes infringes on the Second Amendment — even if it comes from a Republican president he otherwise admires.

"Few rights are so precious as the freedom to possess firearms for the defense of our lives, families, homes and property," Rokita said.

"We must always stay alert to threats against these rights, and we must stand up to preserve them when they come under attack." 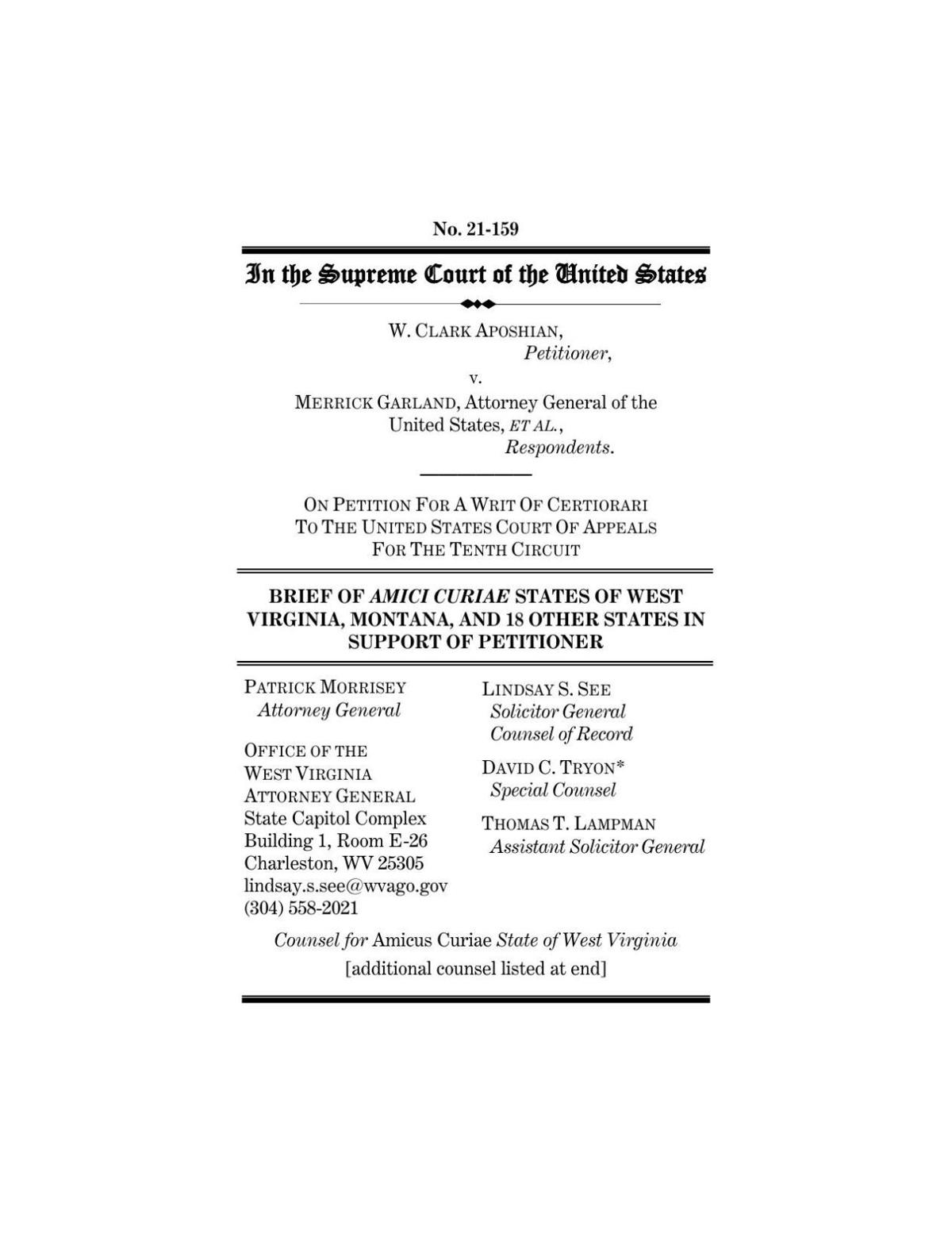 Casino giant settles Vegas shooting lawsuits for up to $800M

Walmart wrestles with how to respond to active shooters

NEW YORK — Like most retailers, Walmart is accustomed to the everyday dealings of shoplifters. Now, it's confronting a bigger threat: active s…

The bump stock ban is just days away. What will owners do?

BOISE, Idaho — David Lunsford is an avid gun owner with a firing range on his Texas spread. With bump stocks about to be banned by the U.S. go…

WASHINGTON — Putting fellow Republicans in the hot seat, President Donald Trump is calling for quick and substantial changes to the nation's g…

Some in GOP open to banning gun accessory used in Vegas

LAS VEGAS — Solemn in the face of tragedy, President Donald Trump visited hospital bedsides and a vital police base in stricken Las Vegas on W…

School districts have the authority to bar "Black Lives Matter materials, lessons or indoctrinations" in their classrooms, hallways, and facilities generally, according to Todd Rokita.

RAW: WORLD CUP: AMERICAN FANS IN QATAR REACT TO THE NETHERLANDS VICTORY OVER US

RAW: WORLD CUP: AMERICAN FANS IN QATAR REACT TO THE NETHERLANDS VICTORY OVER US

Behind the Scenes - At the World Cup media hub

Behind the Scenes - At the World Cup media hub

Rapid City Mayor Steve Allender on the B-21 bomber unveiling

Rapid City Mayor Steve Allender on the B-21 bomber unveiling