Police image of the truck found struck about 12:30 a.m. Sunday in the area of Waverly Road and Lincoln Street 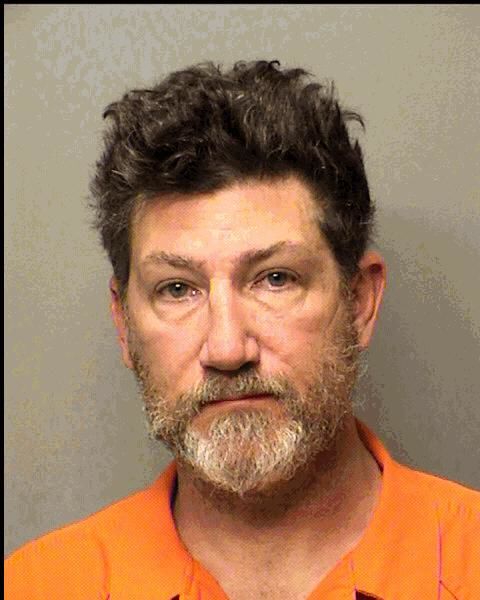 Police image of the truck found struck about 12:30 a.m. Sunday in the area of Waverly Road and Lincoln Street.

Mario Gubic, 47, of Michigan City, was found to be nearly three times the legal limit for drinking and driving, according to the incident report.

He faces multiple charges of driving while intoxicated, police said.

Police said they were called out at 12:34 a.m. Sunday to the area of Waverly Road and Lincoln Street, where they found Gubic attempting to free his vehicle from the tracks by stepping on the accelerator.

When Gubic exited his vehicle, he was very unsteady on his feet and had to be asked twice for his driver's license, police said. Officers said they smelled alcohol on his breath and Gubic admitted to having "a couple."

When asked from where he was coming, Gubic replied, "It doesn't matter," according to police.

Police said Gubic vomited in the backseat of the police car on the way to jail.

Porter police said they had found another vehicle struck April 20 on the railroad tracks just west of Mineral Springs Road and Wood Street.

A 30-year-old Crown Point woman, who had been driving, appeared to be extremely impaired and was taken to the hospital for a possible overdose, police said.

"This was done by a human with the sole purpose of hurting us or harming her," the sanctuary said.

"When asked how the vehicle ended up on the railroad, (the woman) stated she was trying to turn around," according to the incident report.

"Morning commuters are encouraged to avoid the area," according to police.

Steven Dilbeck dropped the knife as he was raising it toward the officer, and as he bent over to pick it up, the officer drew his gun and ordered Dilbeck to step away from the knife, police said.

Police image of the truck found struck about 12:30 a.m. Sunday in the area of Waverly Road and Lincoln Street

Police image of the truck found struck about 12:30 a.m. Sunday in the area of Waverly Road and Lincoln Street.