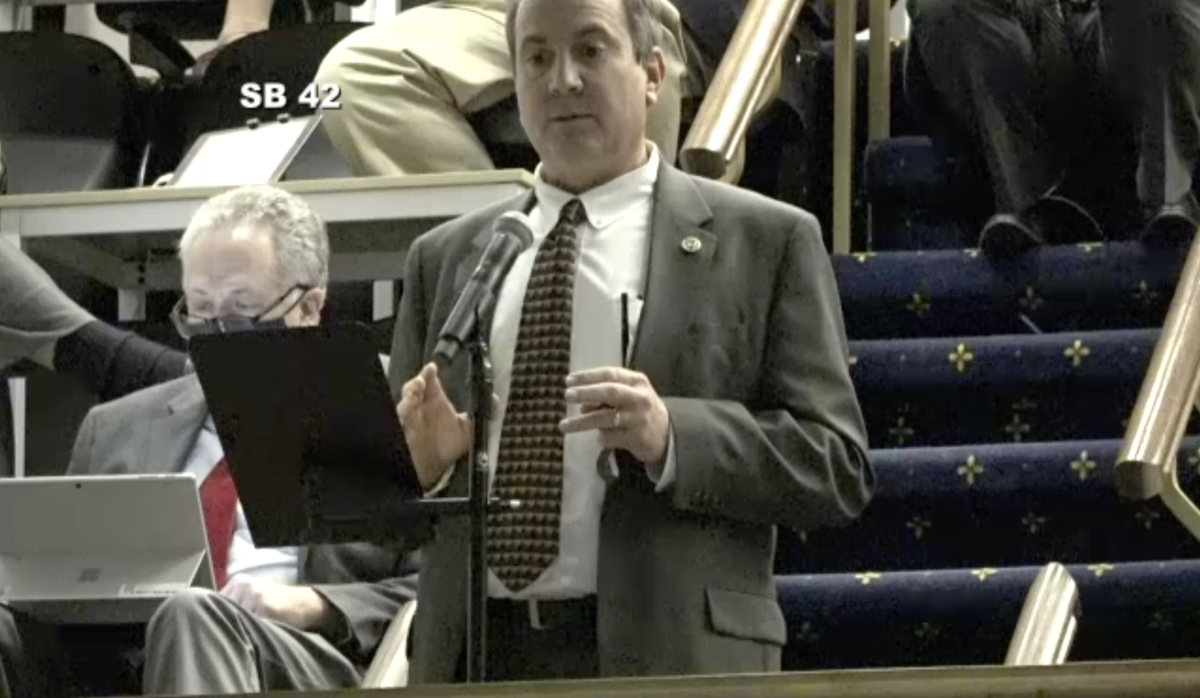 State Sen. Mike Bohacek, R-Michiana Shores, speaks Monday at the Indiana Senate in favor of his proposal to limit the ability of counties, cities and towns to ever reduce their spending on public safety services. Senate Bill 42 was defeated by a 37 to 9 margin. 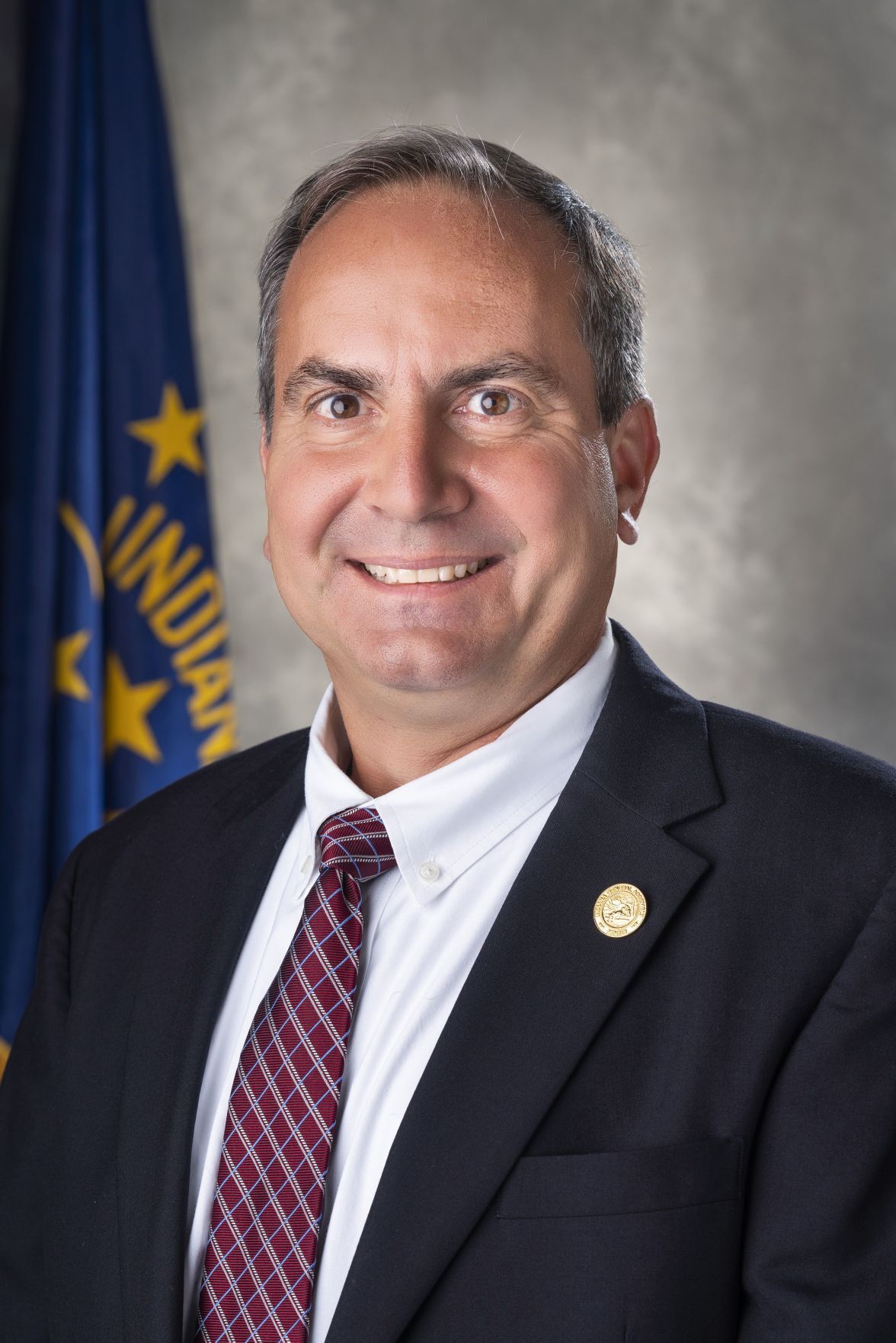 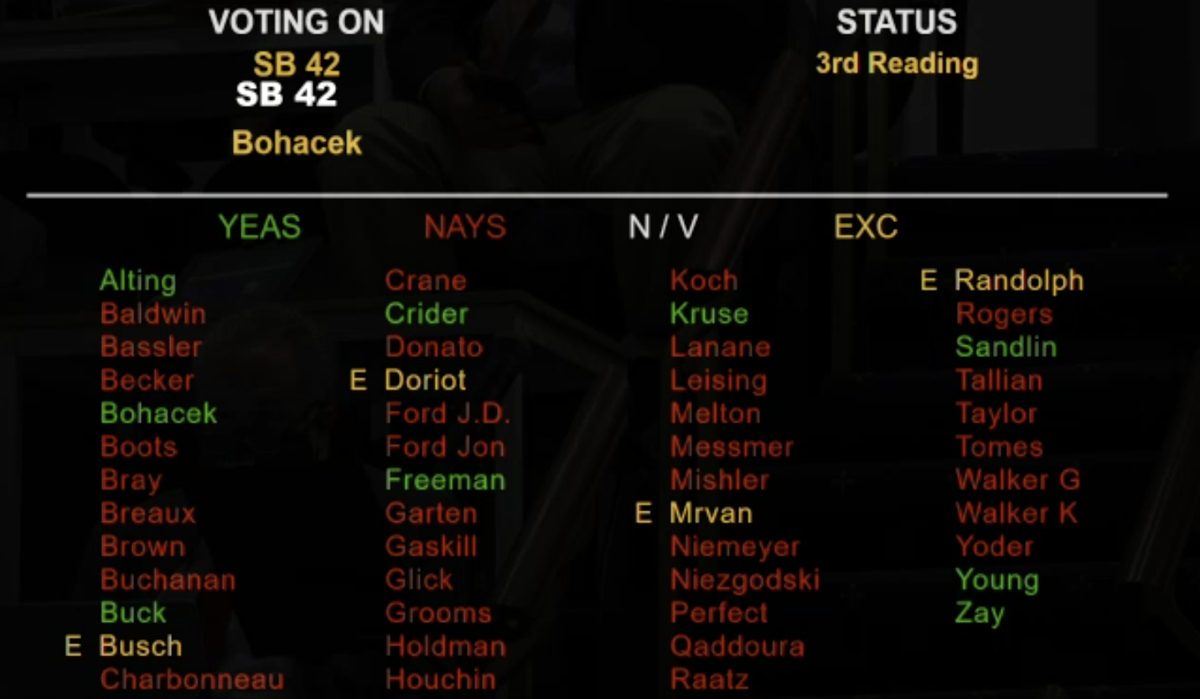 The Indiana Senate has emphatically rejected an attempt by state Sen. Mike Bohacek, R-Michiana Shores, to strip counties, cities and towns of flexibility with their public safety spending.

Just nine senators, including Bohacek, supported Senate Bill 42 on final passage Monday. A whopping 37 senators voted no; a rare defeat for legislation sponsored by a Republican lawmaker in the Republican-controlled chamber.

The measure would have barred local governments from reducing their operating budget for public safety services unless the locality’s total revenue decreased in the prior year or was due to shrink in the year ahead. Transfers out of public safety spending also would have been capped at 5%.

Bohacek said his goal was to ensure, in the wake of the "defund the police" movement elsewhere, that Indiana local officials weren't irresponsibly cutting public safety spending to the detriment of their residents and nearby communities.

"I've seen what can happen when irresponsible elected officials do things," Bohacek said. "They're there for four years, and they can do a lot of damage in a very short period of time."

"Let's give them more credit than this bill does, and let's not tie their hands like I think this bill does," said state Sen. Tim Lanane, D-Anderson.

Indiana counties, cities and towns could lose considerable budget flexibility in an effort by state lawmakers to prevent localities from defunding the police.

State Sen. Mike Bohacek hopes his legislation will keep the "defund the police" movement out of the state by making it impossible for Indiana local governments to reduce public safety spending.

Legislation set to be filed at the Statehouse in January would prohibit local units of government from ever reducing spending for public safety agencies, except in the case of a genuine revenue shortfall.

State Sen. Mike Bohacek, R-Michiana Shores, speaks Monday at the Indiana Senate in favor of his proposal to limit the ability of counties, cities and towns to ever reduce their spending on public safety services. Senate Bill 42 was defeated by a 37 to 9 margin.