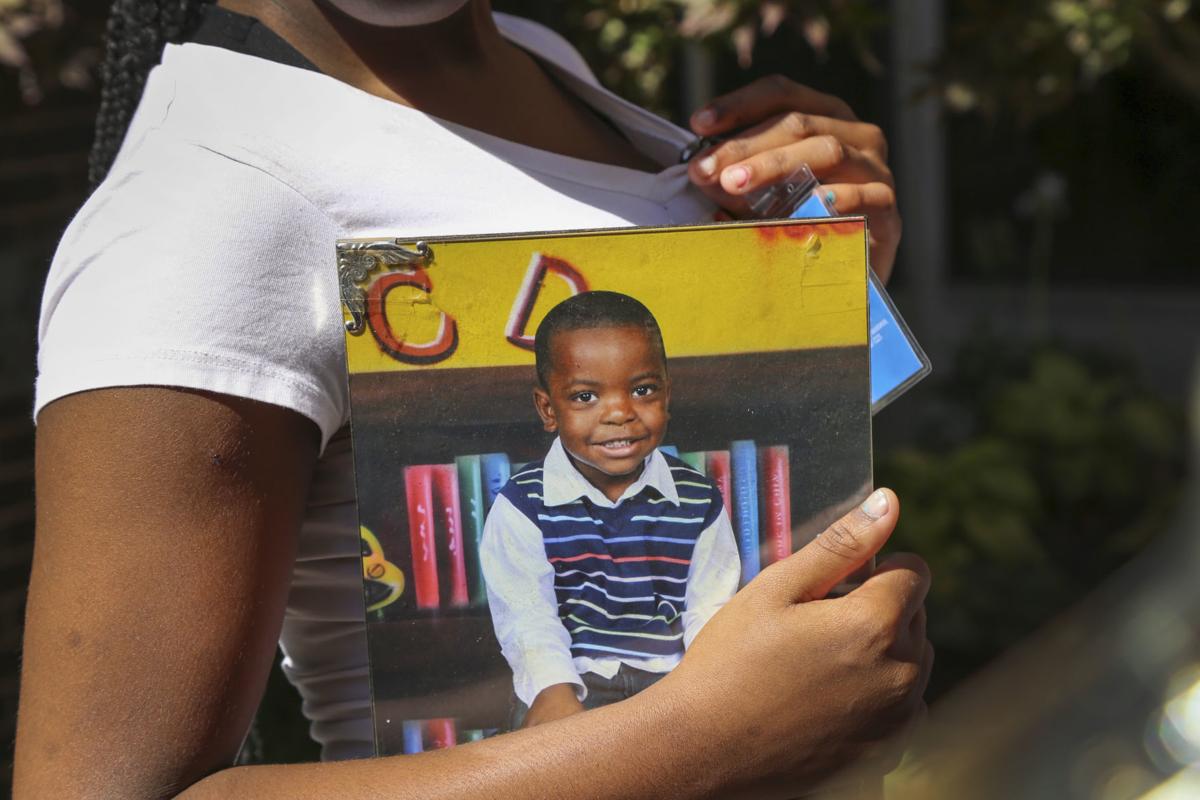 A relative holds a picture of David Anderson. David, 11, was shot at Nunez Park in May 2018. 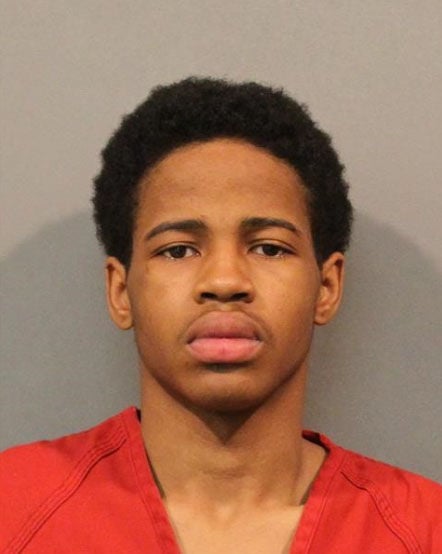 CROWN POINT — A judge concluded Friday that a shooting that took 11-year-old David Anderson's life in 2018 was no accident and sentenced the now-18-year-old shooter to 40 years.

Sherquell D. Magee, of East Chicago, apologized and said he never meant to shoot David during a fight May 5, 2018, at Nunez Park in East Chicago.

Magee pleaded guilty Aug. 30 to a felony count of voluntary manslaughter and a firearm enhancement.

Magee's attorney, John Cantrell, said Magee thought he was shooting into the air in an attempt to disperse the crowd during the fight.

Lake Criminal Court Judge Samuel Cappas said a video of the shooting was "indelibly etched" in his mind. Anderson crumpled to the ground after he was shot in the what appeared to be his forehead.

David may not have been the intended target, but the shooting was no accident, Cappas said.

"The way (the gun) was held and positioned did not look like an accident," Cappas said.

'You took everything away'

David's mother, LaTanya Anderson, said she remains unable to sleep more than a year since her son's death.

Magee showed no remorse in his letter to the judge, she said.

"He never once said he was sorry," she said. "He don't have no remorse, so he needs to be punished to the fullest extent of the law."

David was a straight-A student who wanted to go into the sixth grade and play in the NBA one day. The day he was killed, he was at the park playing basketball.

"You took his life away from him trying to be a gangster," she said to Magee.

"You took everything away," she said. "I was raised to never say the word hate.

"I hate you," Darchell Anderson said. "I hate you for what you have done to my family."

'He was not provoked'

Magee's mother, Michaeline Magee, said she learned after the killing Magee was being bullied by the 14-year-old Magee tried to shoot. She said her son was emotional and stayed in bed after killing David because he was remorseful.

Magee's brother testified he knew Magee had a gun, but he didn't tell their mother. He said he wasn't aware his brother was being bullied.

Cantrell said the bullying began when Magee's mother moved the family from East Chicago's West Calumet Housing Complex, which was demolished because of lead contamination, to the city's Harbor section. The rivalry between the East Chicago neighborhoods long has been a source of contention in the city, he said.

Several kids who testified during the previous bail hearing admitted they were aware that a group of people had been called to the park to fight, he said.

Lake County Deputy Prosecutor Christopher Bruno said it was clear from previous testimony that Magee was not involved in the fight. Besides Magee, David and three kids who were fighting, about 22 other kids were at the park that day, he said.

Magee inserted himself into the fight by coming up behind the 14-year-old and hitting him, Bruno said. When the 14-year-old turned to go after Magee, the defendant pulled a gun from his pocket and fired.

"There is no excuse for his behavior," Bruno said. "He was not provoked. He was not involved. No one said a word to him."

Bruno asked for a sentence of 40 years, including 25 years on the voluntary manslaughter count and 15 for the firearm enhancement.

Cantrell asked Cappas to sentence Magee to 20 years on a count of voluntary manslaughter, the floor under a plea agreement, and to consider alternative placement for at least part of Magee's sentence for a firearm enhancement.

Cappas said the state's sentencing request was reasonable and gave Magee 40 years. At Cantrell's request, Cappas ordered that Magee serve the last two years in the Lake County Community Corrections program so he can be reintegrated into society.

Cantrell asked Cappas to appoint a public defender to assist Magee with an appeal.

Cappas gave Magee credit for 519 days in jail. He must serve at least 75% of his sentence.

"You can't bring a gun to a fist fight," Cappas said.

5 important stories you need to know from the weekend: 19-year-old Lowell man dies after traffic accident