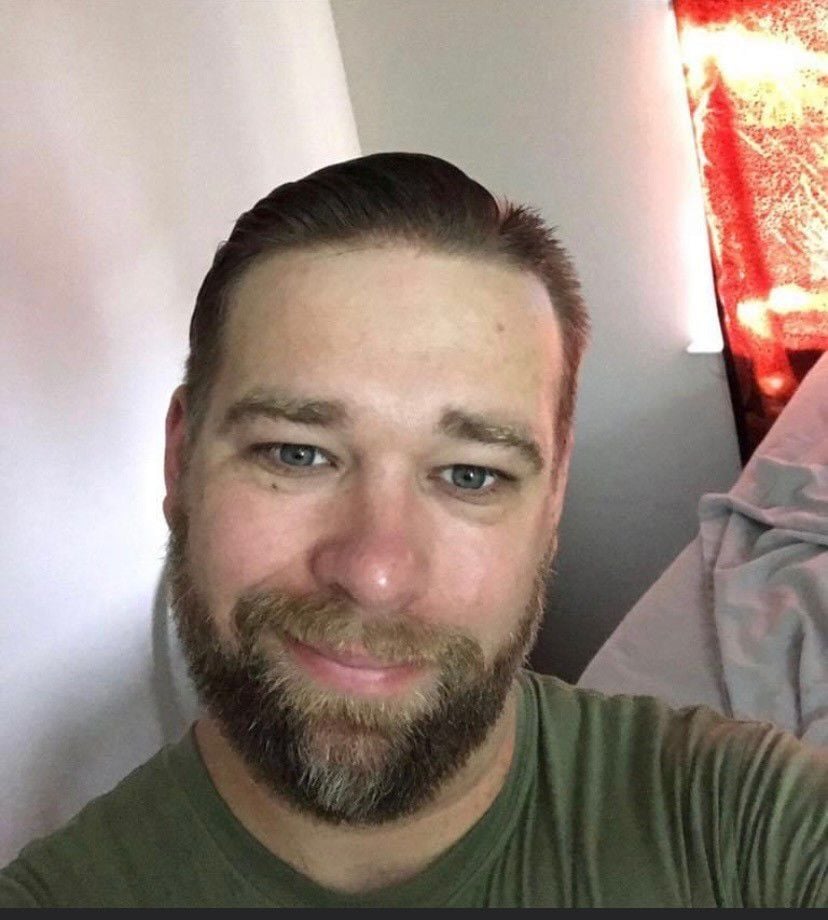 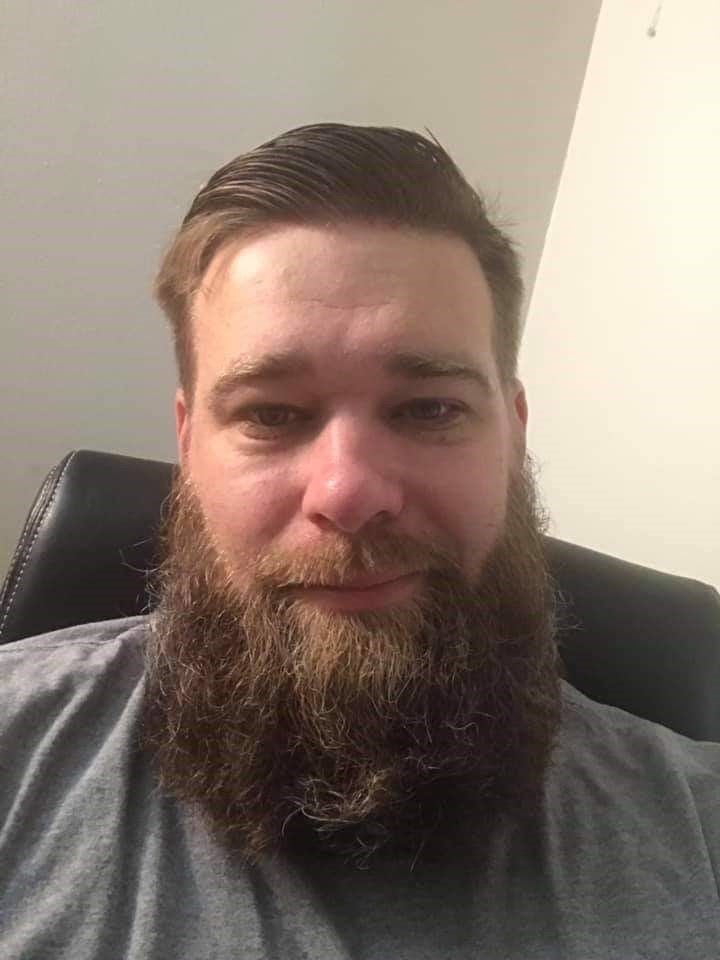 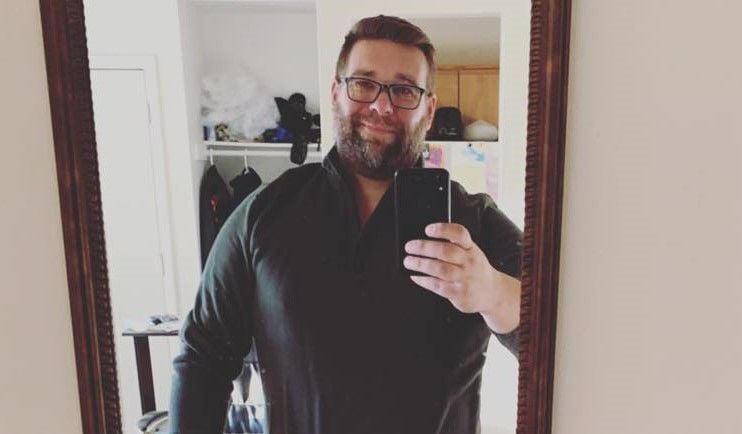 HOBART — Joe Schelstraete is remembered as a great neighbor and friend who was always smiling and worked hard to provide for his three children.

These are just some of the ways the 38-year-old Hobart man was described in a GoFundMe page — under the header GFM for Joe Schelstraete Murdered Uber driver — created to aid his family in the wake of his death.

Schelstraete fell victim to gun violence Monday when he was attacked in a suspected carjacking in Cicero, Illinois, police have said.

Lenny Sanchez, an organizer and co-founder of the Independent Drivers Guild of Illinois — the group behind the fundraiser — described Schelstraete's death as senseless.

"This needs to stop. It needs to be safe. Joe should have been able to go home and enjoy the weekend with his family," Sanchez said.

Authorities have said Schelstraete was shot in the head by one of four male suspects who approached him while he was stopped in the middle of the road about 7:35 p.m. near 23rd Street and 55th Avenue.

Schelstraete was in his blue Ford Focus when the suspects came out of the gangway between 3437 and 3439 W. 23rd St., town officials said.

They entered his car and tried to carjack him and one of them shot him in the head. Items also were taken from him, police said.

The group then fled the scene heading south.

Police searched the area and arrested one juvenile male near the crime scene. Three other suspects currently are being sought.

Schelstraete's aunt, Kim Bova, said he was brain-dead since the initial gunshot wound to his head. She recalled that first responders said he had no pulse when they first arrived to the crime scene.

Schelstraete was taken to Loyola University Medical Center and put on life support while his family made arrangements for his organs to be donated. He was pronounced dead late Wednesday morning, Bova said.

"It is a really senseless tragedy," Bova said of her nephew's death.

Bova also described Schelstraete as a very loving, engaged father who had a terrific sense of humor.

Part of a larger trend

Schelstraete's killing is the latest of many recent instances of criminal acts, many of them violent, against ride-hail drivers in the Chicagoland area, Sanchez said.

"Our role as the Independent Drivers Guild is just to get the word out to as many drivers as possible that this occurred and to have them try to envision themselves in the same situation," Sanchez said.

Sanchez cited several examples of violent attacks on ride-hail drivers, including Javier Ramos, a 46-year-old man who was killed in a suspected carjacking in Chicago's Lawndale neighborhood.

Ramos was shot in the head about 3:40 a.m. March 23 by a passenger he was dropping off in the 3700 block of West Douglas Boulevard, police told NBC 5 Chicago, The Times' reporting partner.

The suspect then fled in Ramos' vehicle, police told NBC 5.

At a vigil held for Ramos in early April, the IDG suggested ride-hailing companies provide video cameras to every driver and require passengers to take selfies to confirm their identity before being picked up, NBC 5 reported.

Uber explained in a statement at the time that it was exploring new safety technology solutions in the app and was working with Chicago police in their investigation.

The week prior to Ramos' killing, an Uber driver was kidnapped and raped at gunpoint while working in the southwest suburbs, Sanchez said.

Even drivers working in lower-crime areas like the northern suburbs aren't safe, Sanchez said. He cited the 2017 killing of 34-year-old Grant Nelson.

Nelson was fatally stabbed about 3:20 a.m. May 30 near the intersection of Touhy and Lincoln avenues in Lincolnwood, NBC 5 reported.

Eliza Wasni, 16 at the time, was charged with first degree murder in Nelson's death and later pleaded guilty. Prosecutors said the girl hacked Nelson with a machete she had stolen from a Walmart, NBC 5 reported.

She was sentenced to 27 years in prison.

Sanchez, a driver himself, said he and others started noticing an increase in carjackings against ride-hail drivers in the Chicago area in November of last year.

He estimated that, this time last year, he heard about one carjacking a month or every couple of months, at most. Now, he's constantly meeting drivers who say they've been victimized.

Sanchez said part of the reason the IDG organized the fundraiser for Schelstrate's family is to draw attention to his death in the hope that it puts pressure on ride-hailing companies and public officials.

He noted that specific markets, including the Chicago area, have been hit particularly hard.

Locally, carjackings have increased so much to the point drivers fear they'll be targeted at any hour of the day, said Teddi Burgess, an IDG representative who organized the fundraiser for Schelstrate's family.

Sanchez and Burgess both said they've been threatened with violence while on the job — Burgess verbally, and Sanchez with a gun.

Burgess said her son has asked her to stop driving for ride-hailing companies, telling her, "I don't want to lose my mom," she said.

It comes as a hard call for Burgess, as she typically loves the work and the flexibility it offers.

"I know several drivers who stopped during the pandemic and aren't going back," she said. "It's a very vulnerable time for individual drivers."

Sanchez and Burgess called on ride-hailing companies and city officials to do more to protect drivers.

In an email statement, Uber said it has taken several recent measures to increase drivers' safety, including a feature that provides an extra verification layer for riders using anonymous forms of payment, such as prepaid cards, gift cards or Venmo.

"We know, from law enforcement and other experts, those anonymous payment methods are more often linked to malicious actions or fraud. This feature is something drivers have told us they would like to see implemented, and we continue to explore new ways to enhance safety and peace of mind for them when using the Uber app," the company said.

Additionally, the company said it has been working "proactively" with police to help identify several suspects and has worked with law enforcement to develop and send safety information and tips to drivers in the Chicago area and other cities.

The company also added that it has been working to contact and offer support to Schelstraete’s family.

"We are saddened to hear about the senseless act of violence that took the life of Mr. Schelstraete. Our thoughts are with his family, and we are working with law enforcement on their investigation," a company spokeswoman said.

Police said there was a carjacking May 11 on the same corner Schelstraete was shot. Investigators are looking into the incident to see if it was connected.

Anyone with surveillance footage or images in the area is urged to contact authorities. Police also asked that if anyone in the area of the shooting found discarded belongings on their property to alert police.

Anyone with information is asked to contact the Cicero Police Department at 708-652-2130 or the tip hotline at 708-863-2677. Individuals also can send an online tip at www.thetownofcicero.com/submit-a-tip/ or can anonymously text 847411 using the keyword, “CICERO411,” followed by a space and the tip information.

The Independent Driver Guild set up a Friday afternoon vigil at the Uber Chicago Greenlight Hub for Joe Schelstraete and other rideshare drivers who were killed on the job.