CROWN POINT — Lake Circuit Judge Marissa McDermott has recused herself from the separation-of-powers legal battle between the Lake County Council and the Lake County commissioners.

In an order dated Monday, McDermott said she cannot preside over the case due to an unspecified conflict of interest, or the appearance of a conflict.

Her recusal means the council and commissioners have one week to agree on a special judge to hear the case.

Or, a special judge will be appointed on a rotating basis from the roster of eligible Lake County judicial officers.

The unprecedented lawsuit between the legislative and executive branches of Lake County government will determine whether the council or commissioners are entitled to manage millions of dollars in county government contracts. 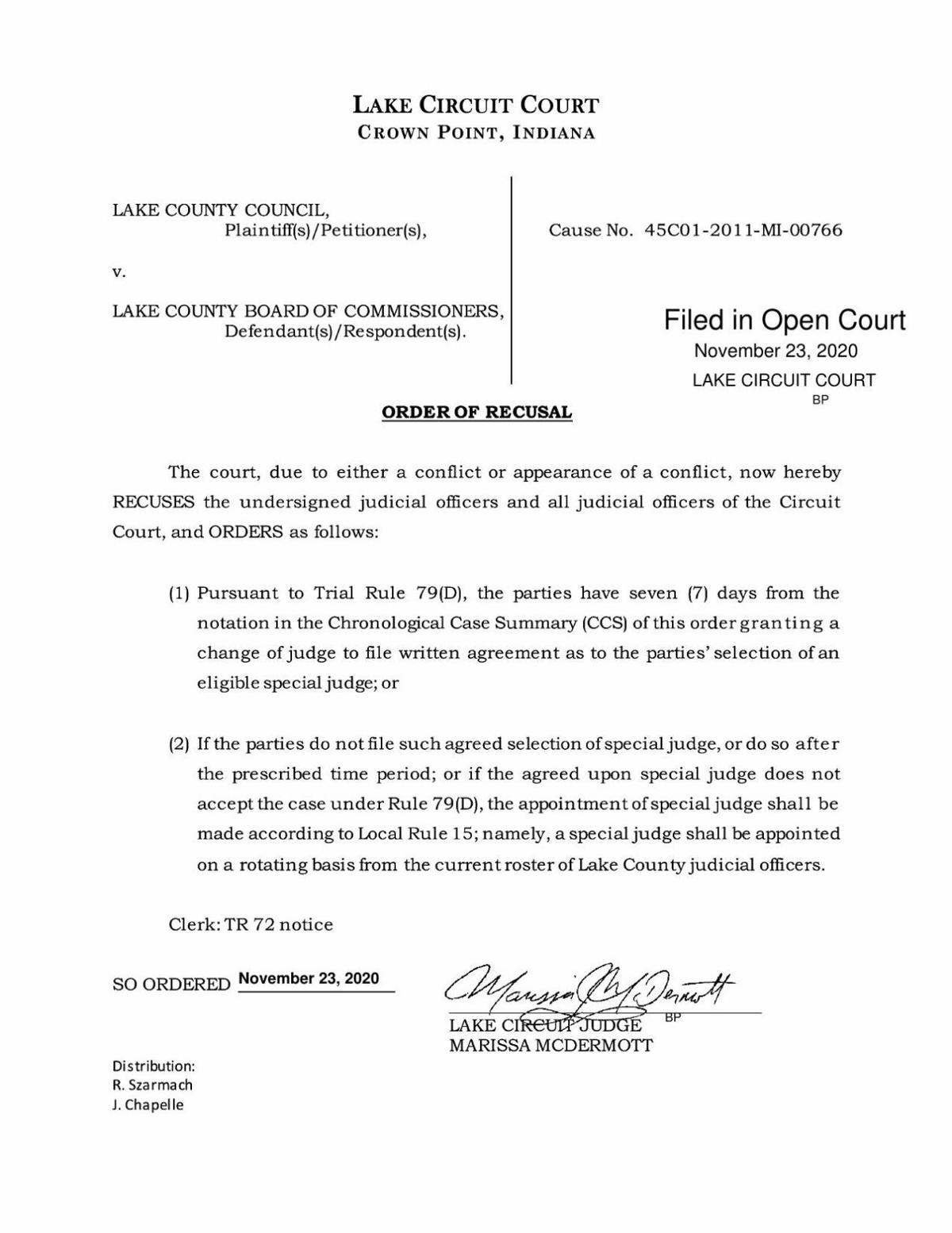 The commissioners are seeking to dismiss a lawsuit seeking clarification on whether council ordinances taking control of county government purchasing and data processing were legitimately vetoed.

The $255 million Lake County spending plan for 2021 will take effect Jan. 1 after winning final approval Wednesday by the county commissioners.

The Lake County Commissioners unanimously rejected Friday an attempt by the Lake County Council to seize control of the county's purchasing and data processing departments.

The Lake County Council voted 5-1 Wednesday in favor of an ordinance that would put data processing under the council's authority, as provided by a long-ignored 1981 Indiana statute.