In a 5-0 ruling, the state's high court said nothing in Indiana law prohibits a will from conditioning or limiting a bequest based on certain behavior that must be undertaken, or avoided, by the beneficiary.

According to the Supreme Court, the only exception is for the spouse of the deceased, whose freedom to remarry specifically is protected by an Indiana statute and any will provision attempting to restrain a subsequent marriage of a widow or widower is void.

At the same time, the court noted no such restriction applies to trusts, an increasingly popular substitute for wills, and the terms of a trust are permitted to set marriage conditions for a spouse, an adult child, or anyone else set to benefit from the trust.

"In fact, the (Indiana) Trust Code does not prohibit conditions in restraint of marriage at all. What it prohibits is ignoring the settlor's intent (and where relevant, the trust's purpose) as manifested in the trust's plain terms," said Justice Geoffrey Slaughter, a Crown Point native, on behalf of the high court.

"Absent a clear indication from the Legislature that trusts are subject to a general prohibition against restraints of marriage, we reject such a view."

The question reached the Supreme Court after a Seymour, Indiana, woman died in 2016 and her trust included a provision awarding her adult son his share of her estate outright if he was unmarried at the time of her death, or requiring his share of her assets be maintained in a subtrust controlled by her adult daughter if her son still was married to his third wife.

The Indiana Court of Appeals last year interpreted those conditions as a restraint on marriage and therefore void.

However, the Supreme Court ruling vacated the 2-1 appellate decision, leaving intact the provisions of the mother's trust and setting a statewide standard for conditions or limitations that may be contained in wills and trusts, including permissible restraints on marriage.

"Given this section's mandate to honor (the mother's) intent, we decline to invalidate the challenged provision or to restrict what the Legislature does not forbid."

Justice Christopher Goff said he agreed with the outcome in the case, but wrote a separate concurrence to highlight the potential "Pandora's Box of unintended and harmful consequences" that could follow the court's ruling if the General Assembly fails to tighten up the trust code.

In particular, Goff suggested a settlor might create a trust that conditions a benefit on the recipient not marrying a person from a different race, refusing to pay property taxes, or participating in another illegal act.

"Surely, the Legislature would not have intended such an unjust or absurd result," Goff said. "But if the court 'declines to invalidate the challenged provision' because our trust code does not prohibit it, why would it do anything different in those other situations?" 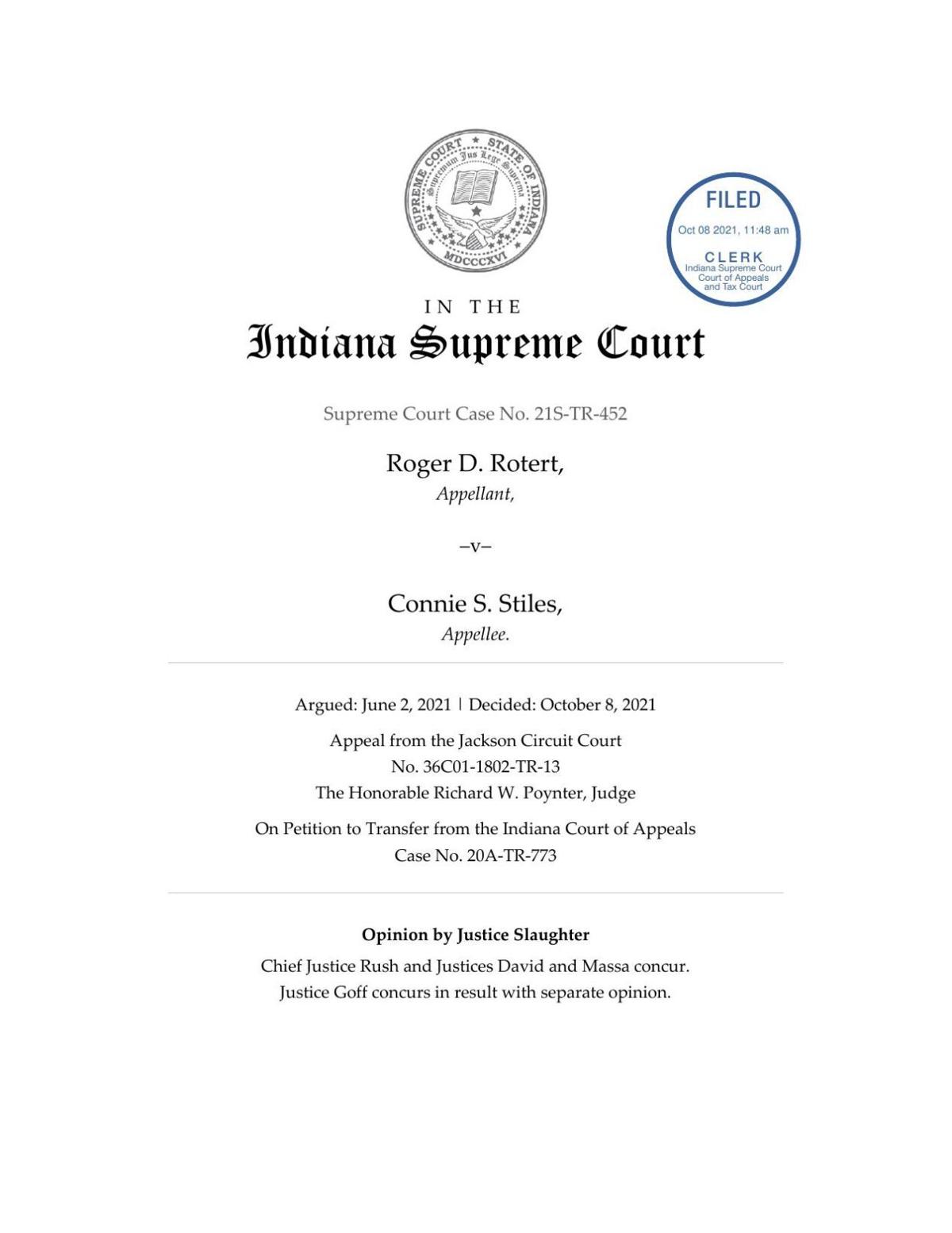 Check out these amazing 'stellar snowflakes'

A Hammond landlord ordered by the city to tear out the five apartments he's rented in what once was a single-family home is getting a chance to challenge the administrative process that led to that order.

The Lake County Commissioners soon will file their arguments in an appeal of a Lake Superior Court ruling authorizing the Lake County Council to take control of the county's purchasing and data processing departments.

The Indiana Court of Appeals has unanimously affirmed the murder conviction of a Gary man who shot and killed 69-year-old Alonzo Smith Sr. four years ago in East Chicago.

Local taxing districts that include Southlake Mall likely will have to pay millions of dollars in refunds after a long-running property tax assessment dispute was resolved in the mall's favor.

The Indiana Supreme Court has established a new commission to promote access to justice and increase public trust and confidence in the judicial system.

The Indiana Supreme Court has overruled the acquittal issued by Indiana Court of Appeals and restored the original guilty verdict against John B. Larkin, including his two-year prison sentence.

The Indiana Supreme Court is establishing a statewide task force to address the surge of residential evictions underway in the Hoosier State following expiration of the COVID-19 eviction moratorium.

The highest court in Indiana has been asked to decide a legal dispute over one of the smallest parcels of land sold at a Lake County tax sale.

A 43-year-old man fired multiple shots at police, and managed to avoid several shots fired by police, during a daylong standoff Saturday in Calumet City, Illinois.