'There's a kid shot': Hobart officer says he was among many first responders 'doing good' after Walmart shooting
Share this
{{featured_button_text}}
1 of 3 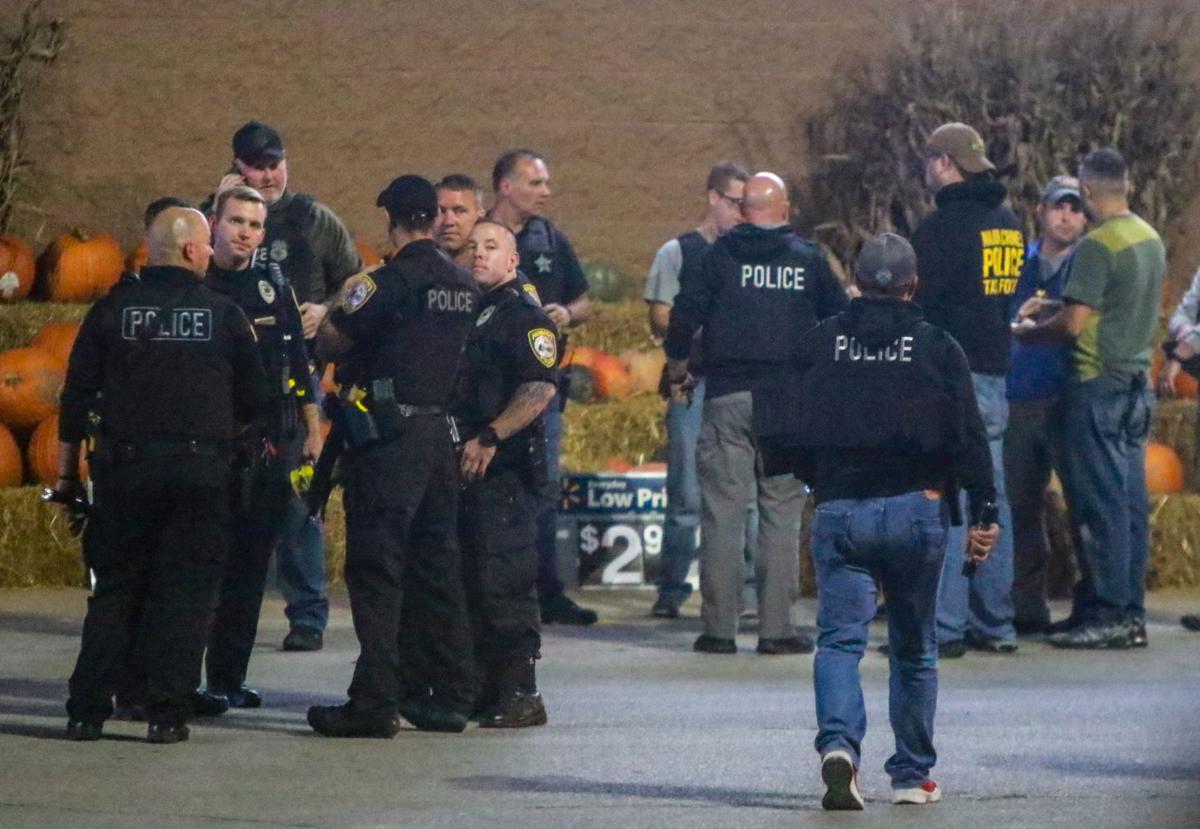 Law enforcement officials from several departments investigate the shootings at Walmart in Hobart. 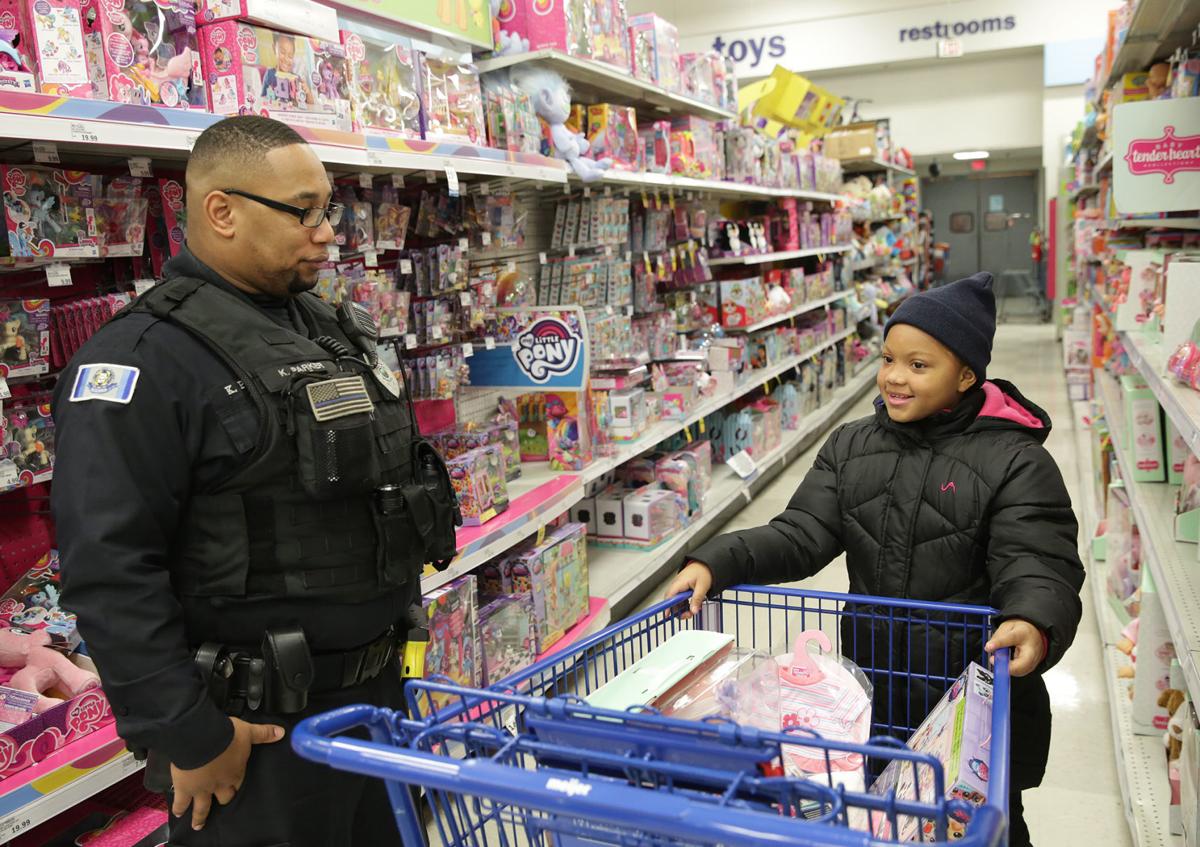 Gary Police Officer Keon Parker shops with an 8-year-old girl during the Gary FOP Lodge 61 and Gary Police Department Toys for Kids event in 2016 at Meijer in Merrillville. 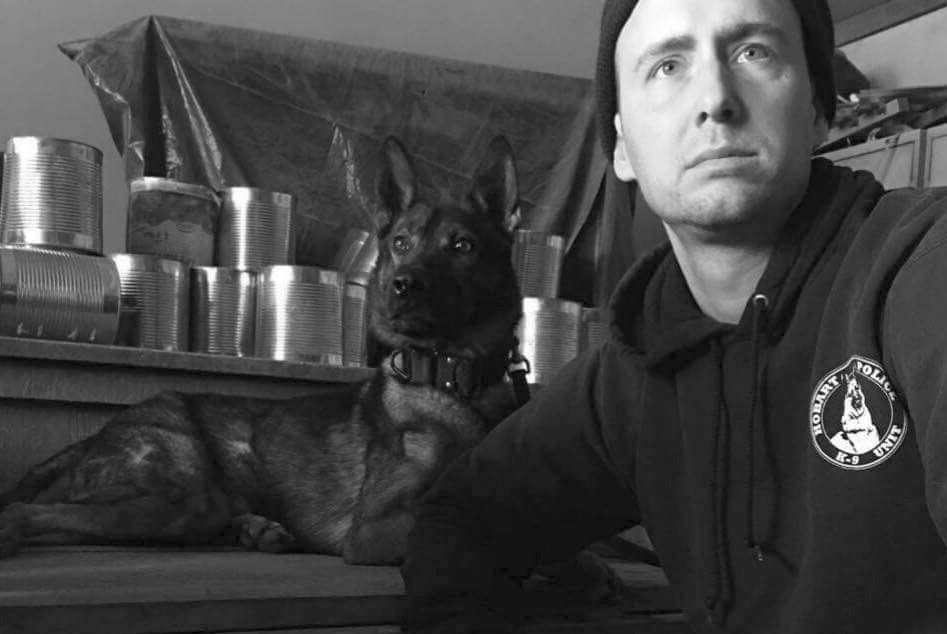 HOBART — People ran, others stood still and cars poured out of the Walmart parking lot Sunday as police Cpl. Kevin Garber Jr. pulled up in response to a report of an active shooter.

Garber parked his squad car and ran toward where the man was directing him, where he could see a 9-year-old boy under an SUV.

"I saw his legs from underneath the vehicle," Garber said. "I could see a bullet hole, a wound, in his back.

"I put my hand underneath his chest, because I knew I didn't want to move him too much, and that's when I felt the larger wound."

The boy also had a gunshot wound to his torso, he said.

Garber, a 6.5-year police veteran who served two tours in Iraq with the Marines, said his military combat lifesaving training kicked in. The goal is to sweep for wounds and treat the largest ones.

Garber radioed dispatch that he had located a juvenile victim. Other officers began to arrive at his location. Seeing Garber had the situation under control, the other officers continued their search for more victims and suspects.

Inside the Walmart, the boy's 25-year-old father crawled to a clothing area, unable to walk because of gunshot wounds to his leg.

Off-duty Gary police Officer Keon Parker, who was shopping with his family, secured his family in a storage closet, located the boy's father and disarmed the father's friend, who reportedly had returned fire during a gunfight just outside the the store.

Dozens of store customers took cover, some climbing onto shelves and hiding behind pillows.

Walmart employees, who recently completed active shooter training, helped customers shelter in break rooms and other areas of the store.

"Our thoughts and prayers are with the 9-year-old victim," company spokesman Payton McCormick said.

Walmart was thankful for the quick response by employees and has been cooperating with police, he said.

The boy remained in critical condition Wednesday. His father, a documented gang member who has been shot three separate times since June, was in stable condition, police said.

Alex C. Hughes, 26, of Gary, allegedly a member of a rival gang, was charged Tuesday with two felony counts of attempted murder, aggravated battery and criminal gang activity. He remained at large Wednesday.

"You just don't get more efficient than that," he said. "These guys train for hours and hours. It's second nature for them to take that action."

While employees and customers sheltered inside the store, Walmart staff asked anyone who saw or heard anything to fill out witness statements. The company shared those forms with police, Gonzales said.

'Doing a lot of good'

While Garber helped the boy, other officers went inside Walmart, not yet knowing where the shooters had gone.

Every officer, and the medics who risked their own safety to respond, were "doing a lot of good out there that night," Garber said.

"I wasn't the only one that had a critical part," he said. "I just so happened to be closest to the kid. Other guys did things just as critical as I did."

Despite the chaos, Garber remained focused on the boy and trusted other officers to locate additional victims or suspects.

The boy was writhing in pain, so Garber bear hugged him.

"When I did that, he kind of relaxed with me. I didn't want to hurt him anymore," he said. "I kept pressure on with my hand."

As he ran with the boy, another officer approached and asked where to apply pressure.

"I said, 'Just hold him,'" Garber recalled. "I knew where the wounds were, and I had pressure on already. That way we weren't losing that."

After placing the boy in the ambulance, Garber went back out and assisted other officers.

"I'm just glad I was able to help and hopefully give the kid a chance," he said.

HOBART — The 25-year-old man shot Sunday at Walmart has been wounded in three separate shootings since his release from prison in June, accord…

GARY — Police are seeking tips about three suspects in a burglary Aug. 9 at a store on the city's West Side.

FLORENCE, S.C. — A Vietnam veteran who bragged online about maintaining his target-shooting skills was being held Thursday on charges that he …

This week in local crime news: 'There's a kid shot': Hobart officer says he was among many first responders 'doing good' after Walmart shooting

CROWN POINT — A man charged with shooting a boy and his father at a Hobart Walmart will need to post a $200,000 surety bond to be released fro…

An alleged gang member is charged with helping Alex C. Hughes flee authorities Tuesday while Hughes was wanted in the double shooting at a Hob…

Gary firefighter charged with hiding Walmart shooter from police is off payroll, but was allowed to finish training

An explosion of gunfire sent scores of Walmart shoppers into panic, left a child critically injured and pressed an off-duty Gary officer, at t…

HOBART — Police said Monday they suspect a shooting at Walmart that wounded a 25-year-old Gary man and his 9-year-old son was gang-related.

Police were on the scene late Sunday night at the Hobart Walmart investigating a shooting at the store across from Southlake Mall on U.S. 30.

Hobart Police host a press conference on the Sunday night shooting at Walmart.

The total number of calls to Southlake Mall from January to Nov. 9 has decreased by 17% compared to the same time period in 2014.

Law enforcement officials from several departments investigate the shootings at Walmart in Hobart.

Gary Police Officer Keon Parker shops with an 8-year-old girl during the Gary FOP Lodge 61 and Gary Police Department Toys for Kids event in 2016 at Meijer in Merrillville.