UPDATE: Bodybuilder overpowers, pins down would-be carjacker in Dyer: 'It was crazy'
Share this
× 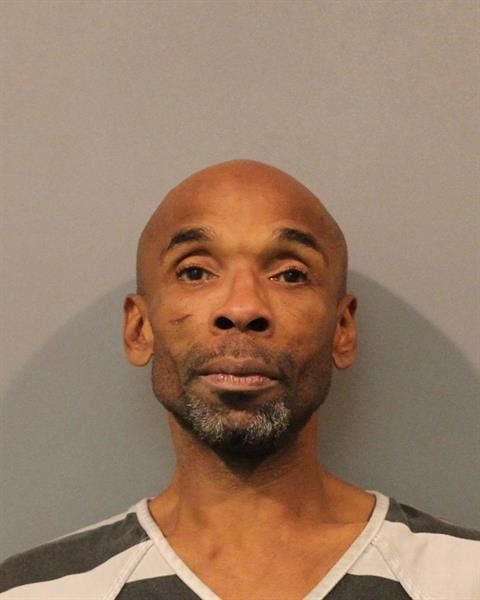 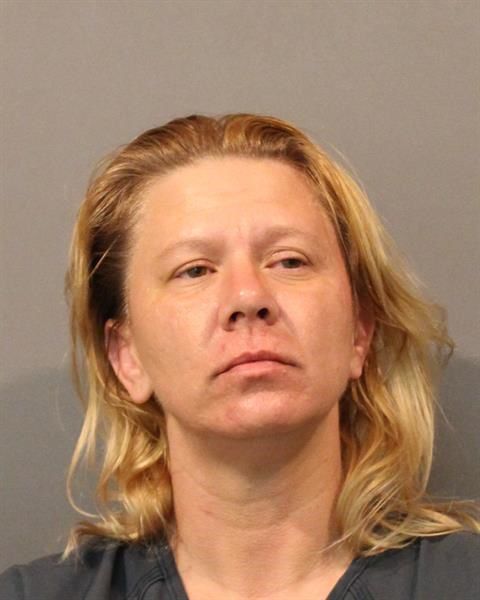 An extremely muscular self-described athlete overpowered, slammed to the ground and pinned down a would-be carjacker who allegedly flipped a stolen minivan at one of Dyer's busiest intersections and then attacked a woman he pulled out of another vehicle he was trying to steal.

"It was just crazy," Edward McCracken said. "It happened so fast. I'm still trying to piece together what happened."

Dianna Mae Krask, 42, of Chicago, was also charged in the incident.

At about 5:24 p.m. Sunday, Stewart and Krask crashed a red Kia Sedona minivan at the intersection of Calumet Avenue and U.S. 30 in Dyer, causing it to flip over, after it was used as a getaway from a theft at Jewel-Osco on U.S. 30, according to a probable cause affidavit.

Tom Kellerman, co-owner of Epic Popcorn next to the Jewel, said he saw a man run out of the supermarket with a basket, chased by two Jewel managers who were on the phone. He hopped into a minivan that jumped the Calumet Avenue median and sped off.

Police initially chased the vehicle after a report of shoplifting at the Jewel but gave up on the pursuit for safety reasons.

A few minutes later, the minivan crashed into a 2018 white Chevrolet Equinox at the intersection and flipped over after apparently running a red light, according to the affidavit.

Stewart crawled out of the driver's seat of the overturned minivan, ran toward a woman's car, opened her driver's side door and attempted to pull her out by the arm, according to the affidavit. Krask ran over and also allegedly grabbed the woman, trying to pull her from the car.

The woman held on to the interior of the vehicle before Stewart punched her in the legs and tried to pull her out by her legs, banging her head as he yanked her out, according to the affidavit.

Stewart tried to start the vehicle but then noticed the keys were removed, so he got out and ran toward the nearby Walgreens pharmacy, the affidavit stated.

McCracken had been shopping at the Walgreens and was leaving but heard a lot of people yelling and screaming at the crash scene, so he went to see if he could help.

"I thought, 'That's not normal,' and went to the intersection to see what was going on. Something seemed weird. When I saw a car flipped over, I thought, 'Oh my God,'" he said.

"I got out of my car, ran up toward the intersection and prepared myself for the worst. I didn't know if someone was lying dead on the ground," McCracken said.

Before he could figure out what was happening, Stewart ran toward his vehicle, which was still running.

"I was wearing a brace because I had a partial tear on my bicep tendon, so I couldn't tell if he saw me as a vulnerable victim who couldn't fight back. There was a definite size difference."

McCracken won the foot race to the driver's side door, but Stewart reversed direction and went around to the passenger side. He opened the door and jumped in McCracken's car.

"I don't know if this person has a gun or a knife, or what kind of threat he is, but I went into my car," he said.

"We were fighting in my car — and he kept trying to put it in drive from the passenger seat, but I knew you couldn't do that without hitting the brake. I hit him a couple times and was yanking on him to get out of the car. He was holding onto the car's shifter and then onto the side, but I pulled him out and slammed him to the ground."

McCracken then put the man in a headlock and held him until he stopped struggling. Other bystanders helped him out.

"He knew he wasn't going anywhere," he said. "A woman jumped on him and helped, putting him in a wrist lock. He kept squirming around."

A group of bystanders gathered around while McCracken and the woman, who identified herself as an EMT, held the would-be carjacker down, said Kellerman, who got in his car to see if police caught the fleeing minivan and ended up seeing it flip over in the crash.

"He was trying to do another carjacking when the muscle guy threw him down," Kellerman said. "A woman in the crowd was saying that they're hurting him, and I told her he's shoplifted at the Jewel and he's going to jail. She kept saying 'you're hurting him' and the woman who had him in the wrist lock said that she was an EMT, that he was fine and to leave it alone."

"I don't know what the guy had been through for the last 20 minutes, but it probably took a lot of energy out of him," McCracken said.

"He would squirm for a while and then take a break, trying to regain some energy. There was no way I was going to let him go after what happened."

McCracken said later he got a call of thanks from the father of the 19-year-old woman Stewart had tried to pull out of her vehicle.

"I work out quite a bit and do training, and try to be ready for any situation. But I have three young daughters and feel really horrible that a 100-pound, 19-year-old woman had to defend herself against a grown man."

Police later caught Krask who fled the crash scene and climbed over a fence into the backyards of homes located on the 800 block of Old Beach Road, according to the probable cause affidavit. She tried to hide behind a group of pine trees, which is where police found her, discovering she ran away because she had an outstanding warrant in Illinois.

The Kia Sedona turned out to have been stolen Sept. 4 from a valet parking lot in Olympia Fields where the owner was picking up blood samples from a women's health clinic, according to the affidavit.

Krask told a woman she called at the Lake County Jail that police arrested Stewart after "they tried to get somebody else’s car out of the parking lot and Stewart started fighting with a big white dude," according to the affidavit.

"You can't get away with that in the town of Dyer because the whole town is going to take care of you," Kellerman said.

5 important stories you need to know from yesterday: Bodybuilder overpowers, pins down would-be carjacker in Dyer

Lake Village motorcyclist injured after hitting construction barrels on I-65

LOWELL — A Lake Village man was injured early Thursday when he hit rubber traffic barrel supports in the middle of Interstate 65, lost control…

A man was found dead Sunday afternoon in a parking lot near downtown Valparaiso, according to police.

Last year, a bodybuilder made headlines when he overpowered a would-be carjacker who allegedly flipped a stolen minivan in Dyer and then pulle…

Armed with a cup of coffee and a sympathetic ear, a then-rookie Hammond police officer helped catch a serial killer convicted of murdering eig…

Documentary: Hobart woman may have fed dismembered lover to neighbors at barbecue, killed up to nine people

A 42-year-old Latin King gang member was sentenced to more than 10 years in prison after pleading guilty for racketeering.

The That's So Region panel discusses another bizarre crime story coming out of a Region White Castle (5:45), a potential WhoaZone clone coming…

The crash occurred near the Illinois and Iowa border, and a 19-year-old from Iowa was arrested, police said.