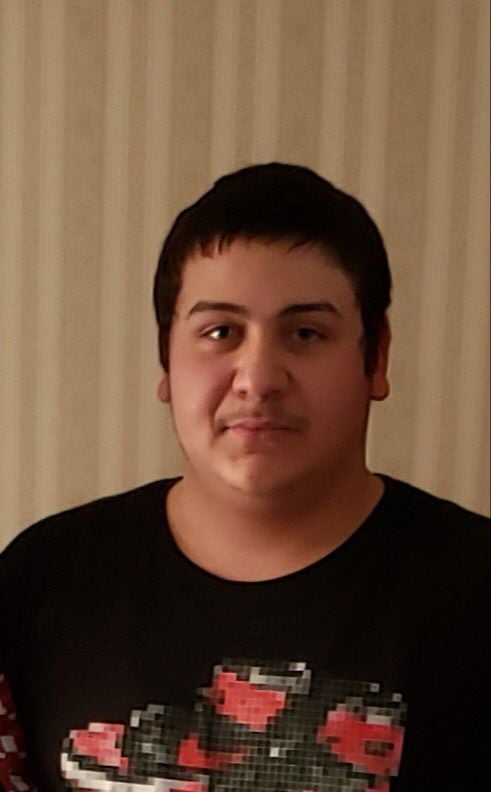 CROWN POINT — One of two teens arrested this week in connection with the homicide of a 16-year-old trying to sell an Xbox in Gary was charged Friday with murder.

Garry L. Higgins, 17, of Gary, is accused of luring Johnny Peluyera to the 5000 block of Maryland Street in Gary on June 12 with the promise of more money than Peluyera was asking for his Xbox.

Higgins' friend, Dezman C. Dukes, 18, of Merrillville, told police he and Higgins met Peluyera and Peluyera's father outside a home and Higgins shot Peluyera while attempting to rob him of the Xbox, Lake Criminal Court records state.

Online court records show a judge on Friday denied murder charges against Dukes, who was released from custody.

Higgins was being held without bond Friday after being charged as an adult in Lake Criminal Court.

Lake County sheriff's police arrested Higgins and Dukes on Wednesday after executing search warrants at a home in Gary and a home in Crown Point, officials said.

Lake County Sheriff Oscar Martinez said his department was able to hold Dukes for only 48 hours without charges. Dukes was not alleged to be the shooter, he said.

"We're confident that he's going to get charged," Martinez said.

Police can continue to work with the Lake County prosecutor's office to establish probable cause to charge Dukes at a later date, spokesman Bradley Carter said.

Peluyera's father told police he drove his son to Gary's Glen Park section about 6:45 p.m. June 12 and waited in the car as Peluyera spoke with two males. When the father saw one of the males pull a gun, he yelled for Johnny Peluyera to give them the Xbox and said it wasn't worth it, court records state.

Peluyera, of Merrillville, was shot as he ran back toward his father's car, still holding the game console. The bullet went through his left arm and into his chest, resulting in his death, records state.

Peluyera's father told police he asked his son if he'd been shot and he replied, "Yes, I'm hit." The father drove down the block, stopped to call 911, then took off his shirt and attempted to apply pressure as they waited for help, records state.

Johnny Peluyera was pronounced dead at the scene, according to the Lake County coroner's office.

Dukes told police Higgins sent him an image before the shooting of Higgins communicating with Peluyera on the OfferUp app. Dukes and Higgins met up with Peluyera, and all three agreed to check that the game console worked. They walked to one house and then a second to plug it in, court records state.

Dukes claimed he ran west when he saw Higgins pull out a silver revolver, court records state. He heard one gunshot, he said.

He later met Higgins back at Higgins' house, which is about two blocks from the crime scene, according to court records. Dukes told police they both threw away the clothing they were wearing that night.

An investigator with OfferUp gave police text conversations between "Marc Miller," believed to be Higgins, and others in which Higgins attempted to lure several individuals to the 5000 block of Maryland Street with the promise of more money than the item he claimed he wanted to buy, records state.

Higgins had offered to buy Peluyera's Xbox for $260, instead of Peluyera's asking price of $250, records allege.

Higgins was being held without bond on charges of murder, murder in perpetration of a robbery, attempted robbery resulting in serious bodily injury and attempted armed robbery.

Online court records did not list an attorney for Higgins or indicate when his initial hearing will be scheduled.

Martinez thanked the Lake County/Gary Metro Homicide Unit, Sheriff's Department Tactical Unit and the prosecutor's office for their efforts to identify suspects in the homicide and secure charges.

"This is a crime that touched the hearts of residents here in Lake County and surrounding areas, and also across the country," Martinez said. "It is my hope that the diligence of those who have worked on this case sends a message that the law enforcement family stands strong against the violence that threatens to destroy the peace our residents seek in their communities."

'They got them': Mother of 16-year-old murder victim relieved after 2 teen suspects taken into custody

UPDATE: 16-year-old boy gunned down while trying to sell his Xbox, police say

GARY — A 16-year-old Merrillville boy was fatally shot in the back over an Xbox, police said.

EAST CHICAGO — Officers found a man who was shot in the chest parked at a GoLo gas station.

5 important stories you need to know from the weekend: Teen fatally shot in Hammond 'road rage' incident was caring for 6-month-old daughter

3 accused of beating man, stabbing him with scissors over call to child welfare agency

CROWN POINT — A Lake Station man faces one to six years in prison after pleading guilty Monday to allegations he robbed a gas station last year.