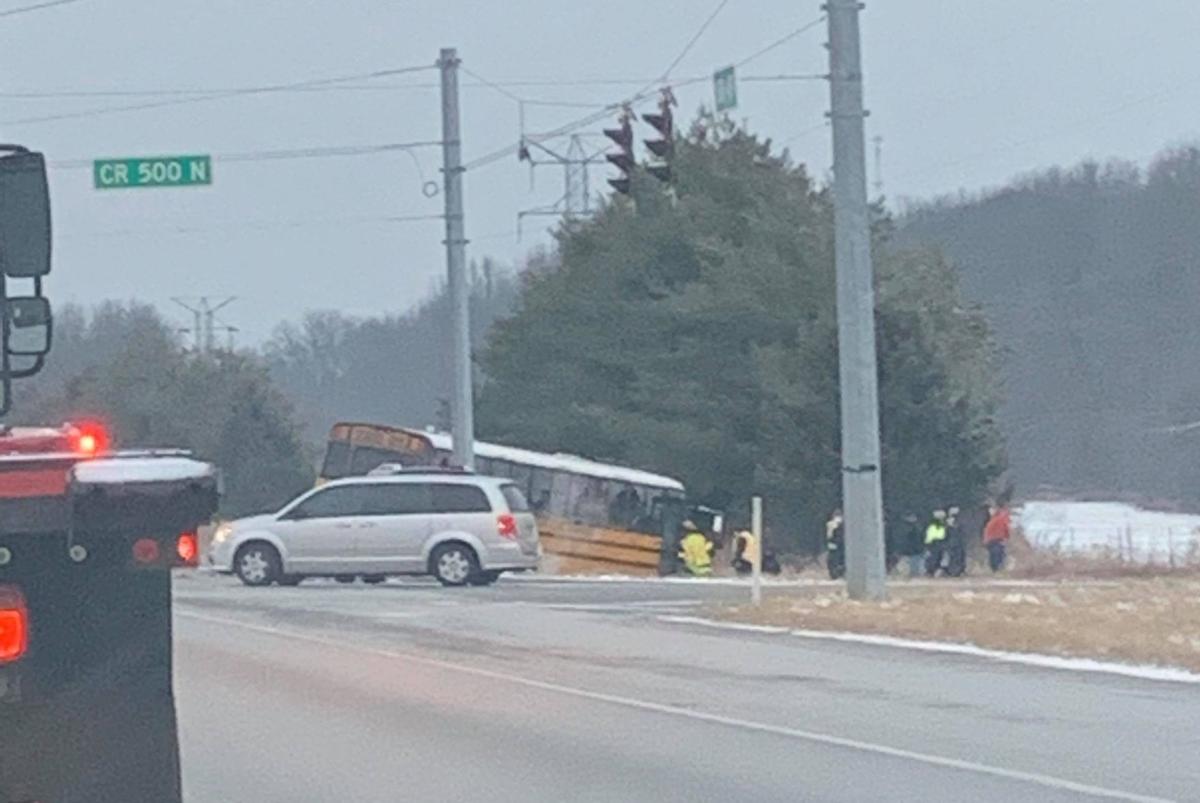 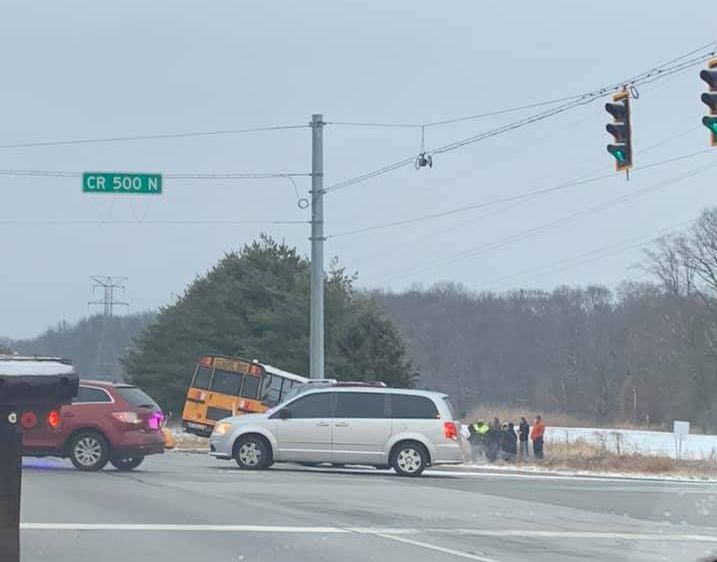 VALPARAISO — An elementary school student was treated for minor injuries at the scene and released to his parents after the school bus he was on was struck Monday morning by a northbound semitrailer on Ind. 49 that disregarded a red light at County Road 500 North, according to Valparaiso police.

The East Porter County School Corp. bus was traveling west across the highway when the crash occurred at 500 North or Burlington Beach Road, police said.

"There was a lone injury stemming from the crash and the student was treated at the scene," Valparaiso Police Department Capt. Joe Hall said.

The bus serves the elementary, junior and senior high schools, Case said. Most of the students were placed on another bus and continued on to school, with a few being picked up a the scene by their parents.

The driver was unharmed and Case said he had not yet seen the police report for more details about fault.

The intersection remained partially closed for more than an hour Monday morning while the vehicles were removed and debris was removed from the road, police said.

The semitrailer also lost part of the trailer load, which was metal piping that needed to be recovered.

"The scene is cleaned up from the crash," Hall said.

The bus had to be towed from the scene. Hall said he could not estimate how bad the damage was and if it would have to be totaled.

"That's up to the insurance company," he said.

No arrests were made, and alcohol, drugs and speed were not believed to be contributing factors in the crash. The semitrailer driver was cited for disregarding a traffic signal, Hall said.

Come back to nwi.com for more details as they become available.

The man displayed a firearm, demanded money and fled the store, police said.

The officer stopped the vehicle and the driver, identified as Likaj, told him he had flown from Boston to Chicago to visit a cousin, but was unable to recall where in the city his cousin lived, according to the incident report.

"Jessie (James) stated that he was not drunk and that if he was in fact a .41 he would not be alive," according to the incident report.

"As officers attempted to restrain her, she physically pulled away from them multiple times," police said.

Valpo teacher was 'loud and abusive' to officers before arrest, police say

"After initially sitting down, Heidi continued being loud and verbally abusive, then stood up and stated she was going upstairs. After several orders were given to Heidi to stop, she refused."

Police to step up patrols at school bus stops, in school zones

Police plan to ramp up patrols when school starts back up to crack down on dangerous driving near school bus stops and in school zones.