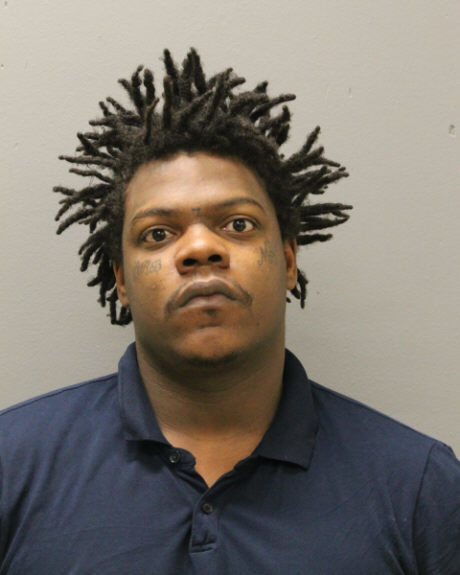 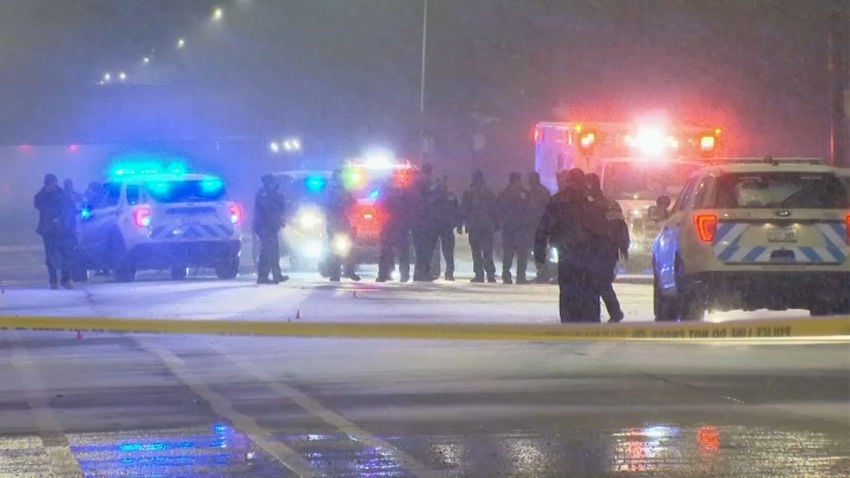 Authorities investigate after a Norfolk Southern police officer exchanged gunfire Jan. 30 with a suspect at a rail yard near the 4800 block of Halsted Street in Chicago's Back of the Yards neighborhood.

CHICAGO — A 27-year-old man remains a suspect in a shooting Jan. 30 involving a railroad police officer in Chicago and has been charged in connection with a pursuit Feb. 3 that ended with a crash in East Chicago, officials said.

Anthony Harris, 27, of Chicago, was taken into custody Feb. 3 after a crash in the 1200 block of Chicago Avenue in East Chicago, Chicago police said.

"I can confirm that this suspect was also involved in the shooting from the weekend prior," DeGraff said.

A Norfolk Southern officer exchanged gunfire with a suspect Jan. 30 in the 4800 block of Halsted Street in Chicago's Back of the Yards neighborhood, Chicago police said.

The railroad officer spotted a vehicle on the property that matched the description of a vehicle connected to an earlier burglary, DeGraff said.

The railroad officer took cover behind his vehicle and returned fire. He was not wounded, but his vehicle was hit multiple times by gunfire. The officer was taken to a local hospital as a precaution, DeGraff said.

The pursuit crossed into East Chicago, where police from that city joined the chase.

An East Chicago police car was involved in a crash about 12:30 p.m. Feb. 3 while assisting other agencies in the pursuit, Deputy Police Chief Jose Rivera told The Times. The officer was not injured.

The fleeing driver struck another car, and the chase ended in the 1200 block of Chicago Avenue, police said.

Harris was taken into custody. He was charged with two felony counts of aggravated fleeing, misdemeanor counts of driving on a revoked license and leaving the scene of a crash, and three separate traffic offenses.

There was no public record Wednesday of any charges against Harris in Lake County.

The Jan. 30 shooting remained under investigation, according to Norfolk Southern and Chicago police.

The FBI is offering a $20,000 reward for information leading to the identification and arrest of anyone responsible for the killing.

The East Chicago officer was not harmed but the squad car sustained damage.

Police are investigating the shooting as accidental, officials said.

2 wounded in separate shootings in Gary over 3-day period

Anyone with more information on either shooting was urged to contact Gary Police Detective Sgt. William Fazekas at 219-881-1210.

A LaPorte County man is facing felony charges after he hit and stabbed his roommate on Valentine's Day, police said.

Authorities investigate after a Norfolk Southern police officer exchanged gunfire Jan. 30 with a suspect at a rail yard near the 4800 block of Halsted Street in Chicago's Back of the Yards neighborhood.