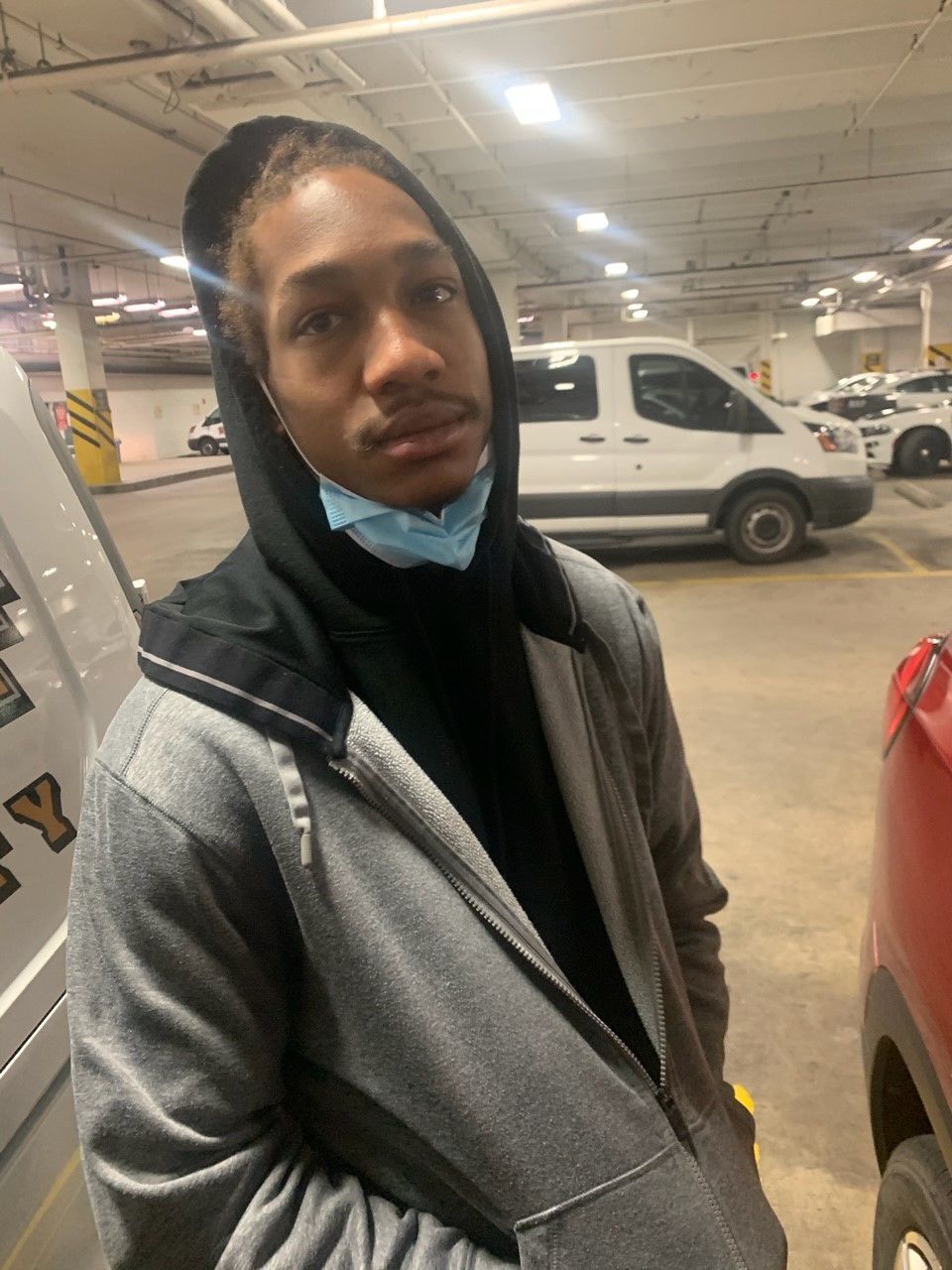 Leon Taylor, 22, of Hammond, was wearing these clothes when he escaped from custody in the area of 35th Street and Grant Street in Gary Monday afternoon. He is accused of murder and should be considered dangerous, according to Lake County Sheriff Oscar Martinez Jr. 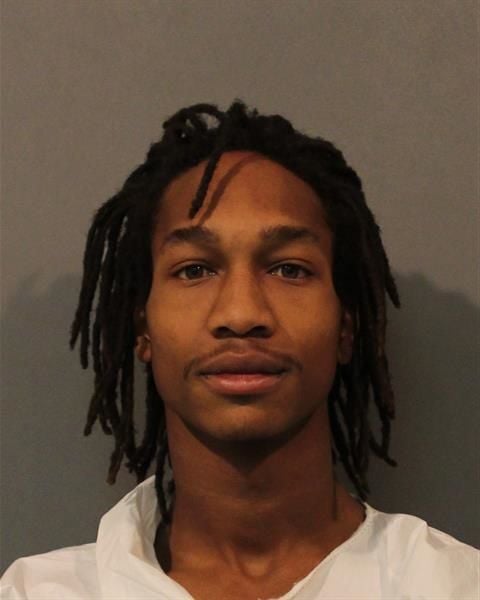 A Hammond man accused of murder escaped from custody Monday afternoon in Gary and remains on the loose and dangerous, according to Lake County Sheriff Oscar Martinez Jr.

Leon Taylor, 22, was being transported from Texas to Lake County by an agent from REDI Transports, of Green Bay, Wisconsin, when Taylor managed to flee from the area of 35th Street and Grant Street in Gary, despite being locked into a belly chain with handcuffs and a leg brace, police said.

A manhunt by Gary police and the Lake County Sheriff's Department, including its helicopter and K-9 units, was unable to locate Taylor following his escape.

Martinez said the search is ongoing and anyone with knowledge of Taylor's whereabouts should call 911. He said Taylor is known to frequent Hammond, East Chicago and Gary.

An emergency alert about the escape was sent to mobile phones in Lake County at 7:48 p.m.

Taylor is a black man, 6 feet tall and weighs 162 pounds. He has hazel eyes and brown hair, according to police.

Martinez said Taylor was being transported from O'Hare International Airport at the time of the incident.

The REDI agent pulled into the McDonald’s drive-thru near that intersection to ensure the prisoner was fed before heading to the Lake County Jail, Martinez said.

While in line at the drive-thru, Taylor requested that the agent roll down a window so he could remove his protective mask and “spit” out the window, Martinez said.

The agent complied, and Taylor was able to flee from the window and run away.

Martinez also confirmed that a special leg brace Taylor was wearing at the time of the escape should have impeded the prisoner from running.

“For some reason, it didn’t work properly,” the sheriff said.

In addition to restraints, Taylor was wearing a gray hoodie with an additional black hoodie underneath, black Puma tennis shoes and black jeans when he escaped, police said.

Police records show Taylor was being extradited from Texas to face a murder charge for a homicide he allegedly committed in East Chicago.

A source close to the investigation said it was the Nov. 19 slaying of Daniel Nitzsche, 52, of Chicago, who told police he was robbed and shot in an alley in the 700 block of West 150th Street before dying at St. Catherine Hospital in East Chicago.

Martinez confirmed the sheriff's department received word from law enforcement officials in Dallas County, Texas, on Dec. 2 that Taylor had been arrested there.

Extradition proceedings were initiated, leading to Taylor’s transport back to Lake County and eventual escape Monday.

Martinez said all extraditions greater than 250 miles from the Lake County Jail are arranged by the courts and not the sheriff's department. The sheriff said he only gets an estimated time of arrival at the jail by the private, contracted transportation service.

According to court records, Taylor separately is facing five armed robbery charges for a string of 2018 robberies in South Hammond, Hessville, Munster and Gary.

In one incident, Taylor allegedly stuck a gun in a Gary man's face while the man was taking his 2-year-old child out of the back seat of a car. He then stole the man's wallet, mobile phone and car, police said.

Police tracked Taylor using the mobile phone and Taylor's ankle monitor from a prior burglary case. He eventually led police on a high-speed chase and ultimately was found hiding in the brush near Ogden Dunes.

The Indiana Court of Appeals has ruled Lake County prosecutors still have time to bring the former owner of a Hobart games shop to trial on charges of child molesting and sexual misconduct with a minor.

Time running out for Hoosiers to get share of $19.5 million Equifax settlement

Time is running out for the estimated 4 million eligible Hoosiers to claim their share of a $19.5 million data breach settlement with the Equifax credit reporting agency.

Another home invasion reported in Valparaiso

Police said it's not known whether this incident is connected to the ongoing home invasion spree targeting elderly women living alone in Valparaiso apartments.

A Gary man convicted last year of murder and attempted robbery was properly sentenced to 65 years in prison, the Indiana Court of Appeals ruled Monday.

The shooting is considered an isolated incident, police said.

Leon Taylor's murder case remains sealed because he is not yet in custody at the Lake County Jail, but details became public when a co-defendant was charged with a felony count of assisting a criminal.

Lake County Prosecutor Bernard Carter said he will be working with other agencies to demand that the security firm reimburse law enforcement for all costs associated with the manhunt.

One person was killed and six others were wounded in six separate shootings reported between Sunday and Tuesday, police said.

A week after Leon Taylor escaped transport to the Lake County Jail, authorities are still searching for the Hammond man wanted in connection with an East Chicago homicide investigation.

Lake County seeking reimbursement of more than $30,000 for recapturing fugitive who escaped at McDonald's drive-thru

Lake County is demanding more than $30,000 from the Wisconsin transportation company it claims is responsible for the escape of an alleged murderer from a vehicle in the drive-thru of Gary McDonald's.

Leon Taylor, 22, of Hammond, was wearing these clothes when he escaped from custody in the area of 35th Street and Grant Street in Gary Monday afternoon. He is accused of murder and should be considered dangerous, according to Lake County Sheriff Oscar Martinez Jr.