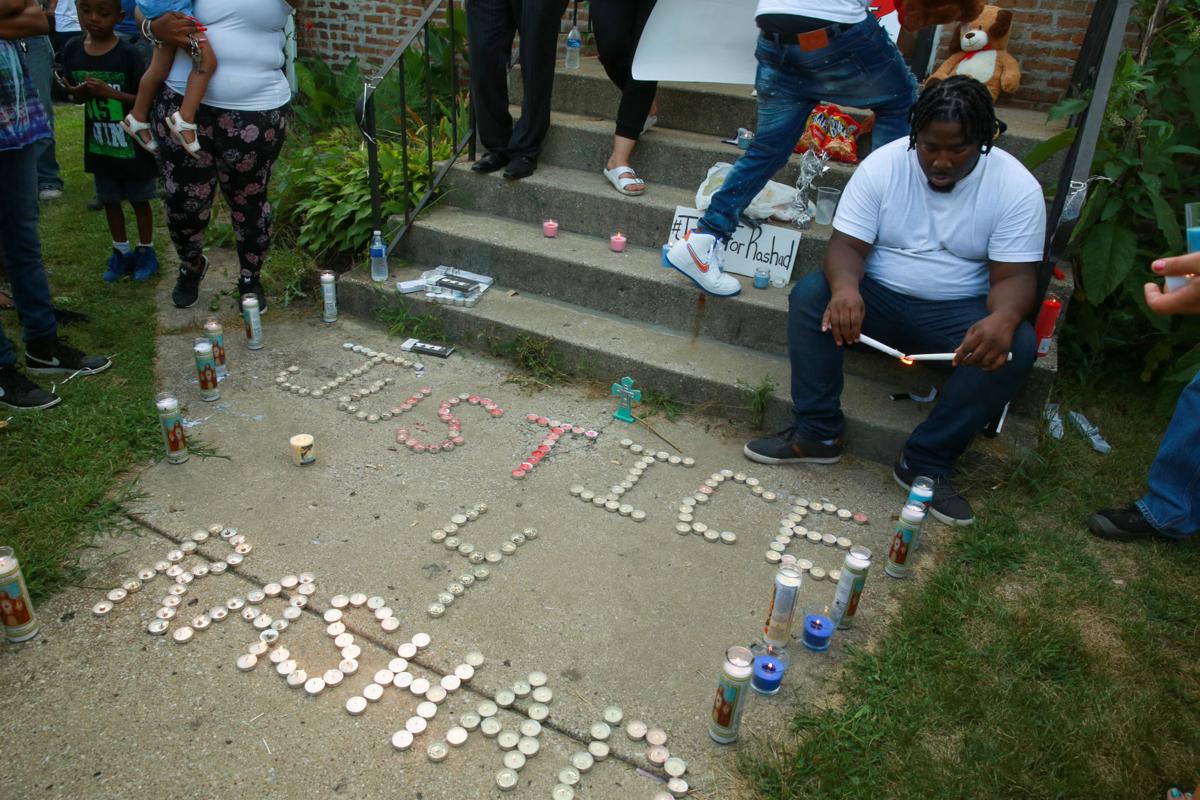 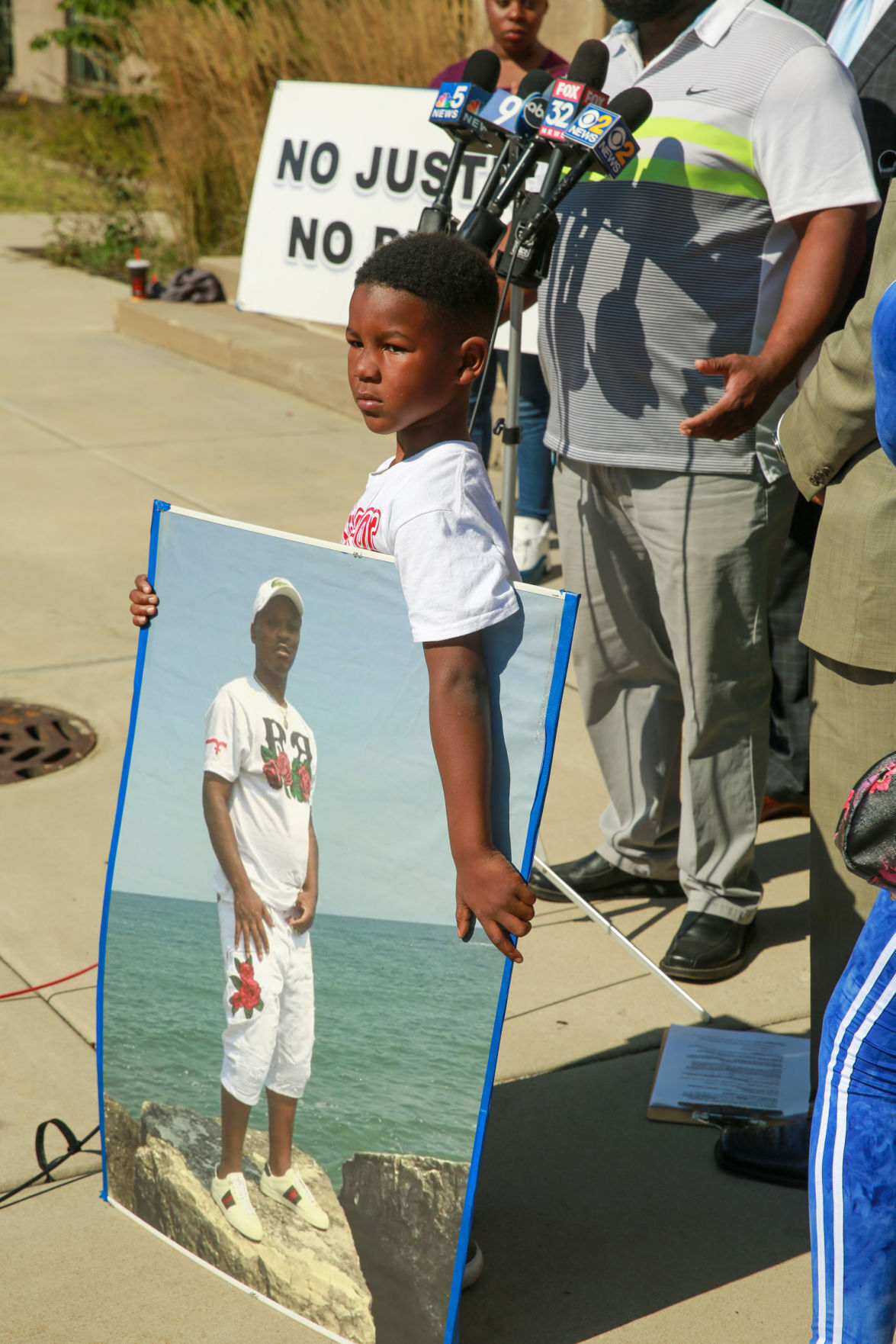 Carter announced Thursday that his office conducted a "thorough and extensive review of the evidence" and that his findings did not produce evidence sufficient to disprove Price's claim that deadly force was reasonable.

With criminal prosecution in Indiana, the state carries the burden of disproving self-defense, he said.

Gary officers were dispatched to 23rd Avenue and Vermont Street for a report of a shots fired call during the early morning hours.

Carter said eyewitness and police accounts painted Cunningham as "argumentative and belligerent" during his encounter with Price as Cunningham and two other people were sitting inside of an SUV on 23rd Avenue west of Kentucky Street.

Police officers at the scene say they observed Cunningham raise a gun that he had been holding in his lap and point it towards Price, prompting Price to discharge his service weapon, striking Cunningham multiple times, according to Carter.

"Whether or not Rashad was agitated in that moment, that does not provide the rationale for using excessive and lethal force," Stroth said.

He said the family is disappointed in the prosecutor's decision. Carter and his staff met with the family Thursday morning, Stroth said.

"It was an emotional meeting with the family. They are very disappointed. Rashad Cunningham should be alive today," Stroth said. He said Cunningham's mother, Tonia Simmons, and Heather Fox, who dated Cunningham and has a child with him, are taking the news hard.

"They've lost part of their heart and soul that was taken away from the actions of Price working under command of Gary Police Department," Stroth said.

Two lawsuits were filed in the wake of the incident against the city and the officer, claiming the shooting was unjustified and police used excessive force in making arrests.

Carter had the task this year of reviewing the results of a Lake County Sheriff's Office investigation into the shooting.

The sheriff's office was tapped shortly after the incident to lead the investigation as an independent agency. Those results were first forwarded to the prosecutor's office in the fall of 2019.

Officer Price and Officer Antoine Goffin arrived in the area to investigate the night of Aug. 17, 2019.

While still in the squad car, officers had discussions with the occupants, including Cunningham, 25, who was the front seat passenger. Witnesses Cornelius Hill and David Nusz allegedly said Cunningham became argumentative and belligerent with Price, Carter said in a news release.

The officers exited their squad car, and approached the SUV, the prosecutor said in a news release.

During the encounter, officers Price and Goffin observed Cunningham raise a gun that he had been holding in his lap and point it towards Price, prompting Price to discharge his service weapon, striking Cunningham multiple times.

"One of the wounds suffered by Mr. Cunningham was a wound track on Cunningham’s right hand and arm and is consistent with his right arm being extended in the direction of Officer Price," the prosecutor wrote.

Subsequent laboratory analysis of Cunningham’s blood showed a blood alcohol content level of 0.18 and the presence of methamphetamine.

Stroth said today's announcement points to the troubling fact that the Gary Police Department do not utilize body cameras and squad car dash cameras so the full,  complete truth may never be realized.

This year has been marked with civil unrest in the streets all across the U.S. over the killings of black men and women by police, including Breonna Taylor, George Floyd, Jacob Blake and others. Some of these incidents have been captured on police camera footage or bystander video.

"Yet again, another young black was unjustifiably shot and killed," Stroth said. "In Minneapolis, Minnesota, it was a knee. In Gary, it was Officer Price using his service revolver. ... The difference is the Gary Police Department does not use body cameras. It's unacceptable."

While no one is disputing a weapon was recovered the car, he said but the mere presence of a legally owned weapon does not justify the killing.

According to a lawsuit filed against the city, the family claims Price fired at Cunningham within 10 seconds of exiting his car "without cause or provocation." The suit alleged Cunningham was holding his wallet and driver’s license in his hands.

"It’s tragic that five young children no longer have their father because of the unjustified actions of officer Isiah Price. The family will continue to pursue justice through the civil rights lawsuit currently pending in federal court," Stroth said Thursday.

Stroth suggested last year that Price had a history of questionable run-ins with citizens. Gary police records obtained by The Times show Price was suspended for 30 days without pay in 2013 for punching a child in the stomach and lying to superiors about it.

Gary Mayor Jerome Prince offered his condolences to the Cunningham family in a statement Thursday.

"I know there are no words I can say that will ease the sense of loss you’ve experienced since last year," Prince said.

"For our community, please understand I am limited in my responses, as the city is involved in litigation in this case. You may be frustrated and upset at the result of this investigation. If you feel the need to join together and express your opinions, I encourage you to do so, but please do so peacefully and respectfully," Prince said.

Prince noted his call for a new police reform commission in the city, that he expects to see the results of their work shortly.

"We are committed to making Gary a safer, better community, and we are not going to stop striving for that goal," Prince said.

In a statement, Gary Fraternal Order of Police President Gregory Wolf defended Price's actions while offering "sympathy and condolences to the Cunningham family for their loss in this unfortunate incident."

"Unfortunately, (Price) was forced to act as protector for himself, his partner and our city during an active call for shooting in the area of this incident," Wolf said in the statement. "He relied on his training, experience and obligation to protect himself and the citizens of Gary, Indiana as he was sworn to do. ... The Lake County Sheriff's Department investigators and the Lake County Prosecutor, Bernard Carter, followed the facts and witness accounts. ... The scales of justice worked as they were intended and justice was done."

When officers arrived to the scene, they discovered Daniel Nitzsche, 52, of Chicago, who told police he was robbed and shot in the alley, East Chicago Deputy Police Chief Jose Rivera said.

People said they made a down payment of $250 through an app. When each buyer called the local GameStop after not hearing from the seller, the store notified them the seller was not a store employee.