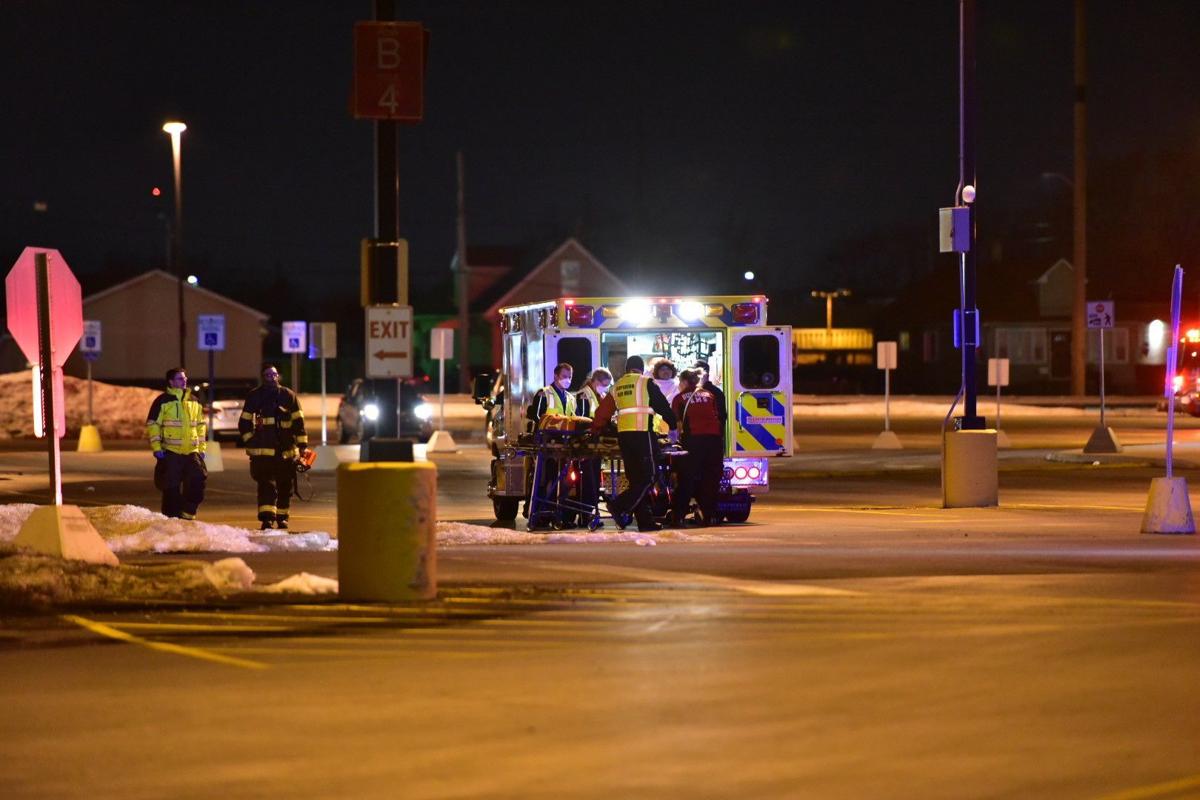 Paramedics load a gunshot wound victim into an ambulance before heading to a local hospital Sunday night. 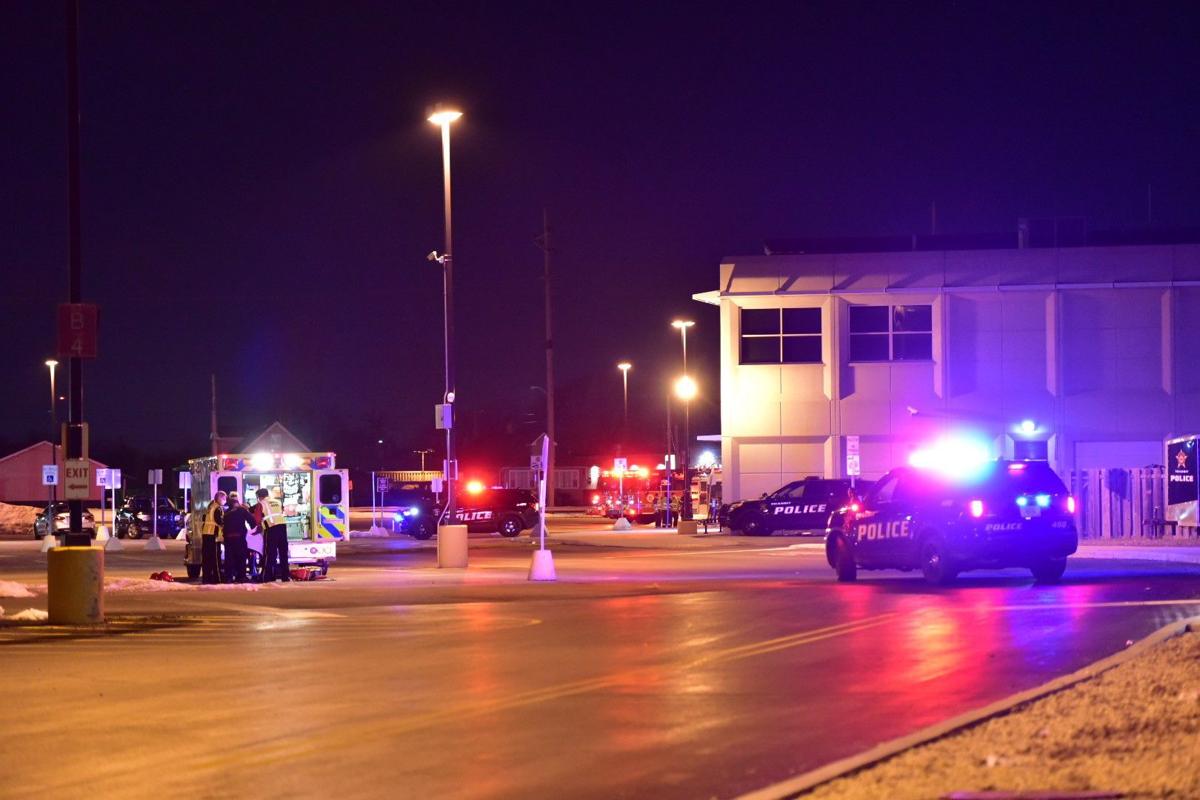 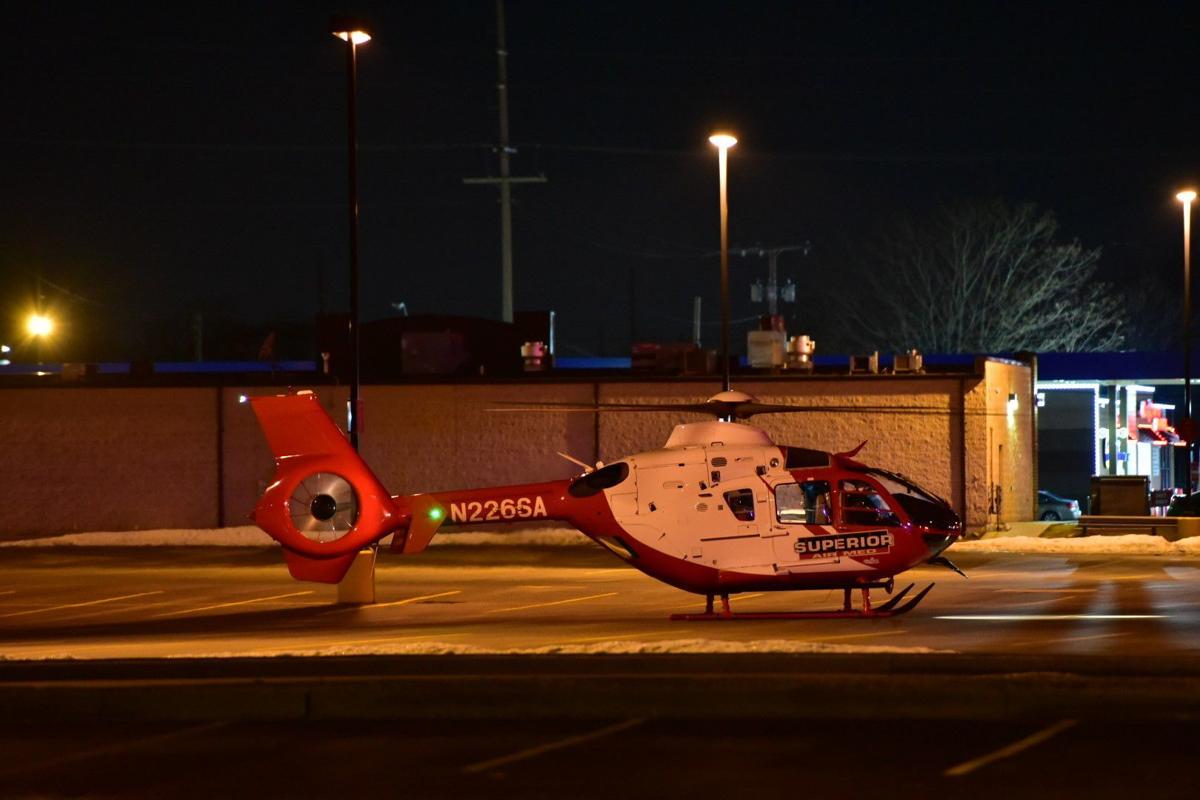 EAST CHICAGO — Four people, including two children, were wounded during a shooting late Sunday near a gas station, an official confirmed.

All four people were in a vehicle together at 9:09 p.m. at the Fuel Stop gas station at 1205 W. Chicago Ave. when they were shot, Rivera said.

The two women were shopping earlier inside the convenience store at that address, as the children waited in the car outside, Rivera said. The women told police they noticed a male and female staring at them inside the gas station while they made their purchases.

Shortly afterward, the women got back into their car and were getting ready to drive off when they noticed loud popping noises and realized they were being shot at, Rivera said.

They then drove to the 4900 block of Walsh Avenue and called police.

The Police Department's ShotSpotter technology alerted police to 17 rounds fired in the area about that time, Rivera said.

A Superior Ambulance helicopter was seen landing outside the South Shore Line East Chicago Station, where medics lifted one person onboard.

Anyone with more information is urged to contact Detective William Johnsen at 219-391-8318 or wjohnsen@eastchicago.com.

This is a developing story. Check nwi.com for updates.

Futuristic pasta is made flat, shapes itself while it boils

Futuristic pasta is made flat, shapes itself while it boils

Firefighters were met with heavy smoke in the attic and they were able to contain the fire to the building, officials said.

Merrillville Councilman Jeff Minchuk wrote a statement on his Facebook page apologizing for the photos, which were taken around 2003.

The relationship between the two people is unknown at this time and police are investigation the deaths as a homicide.

David E. Jackson III, 40, of Valparaiso, appeared to be on the verge of tears and nearly whispered his answers during a change of plea hearing before Lake Criminal Court Judge Natalie Bokota.

The business did not sustain any major or structural damage and it will reopen on Sunday.

3 wounded in separate shootings in Gary over weekend, police say

Paramedics load a gunshot wound victim into an ambulance before heading to a local hospital Sunday night.