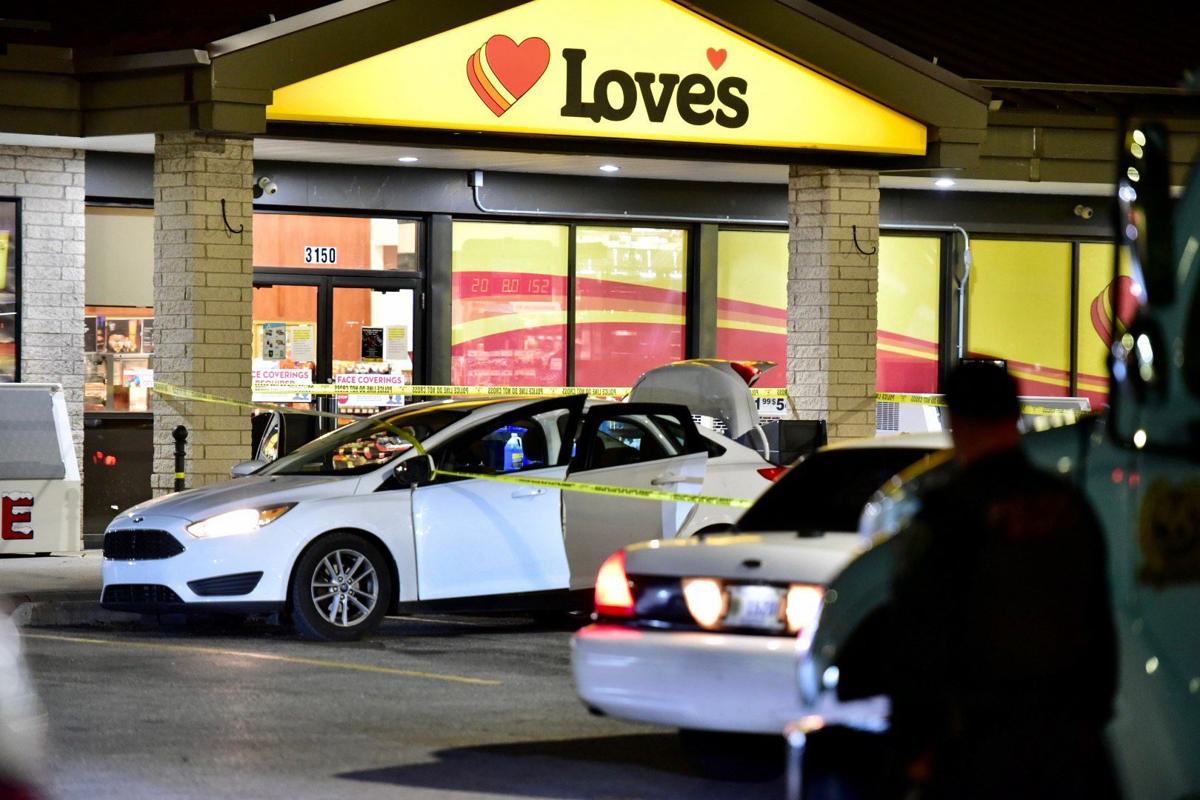 A man reportedly pulled up in a vehicle and open fired in the parking lot of a Gary gas station. 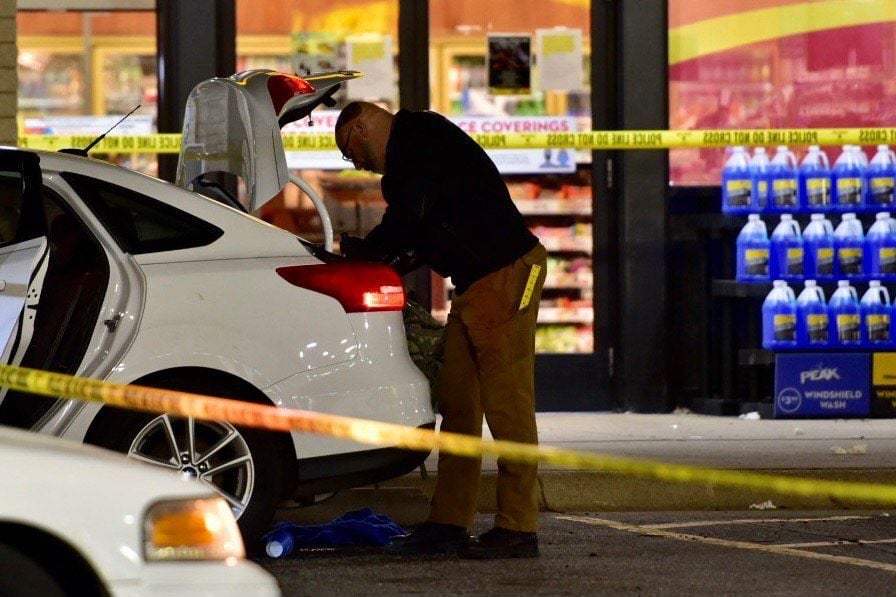 Gary police worked to collect evidence at the scene of the shooting. 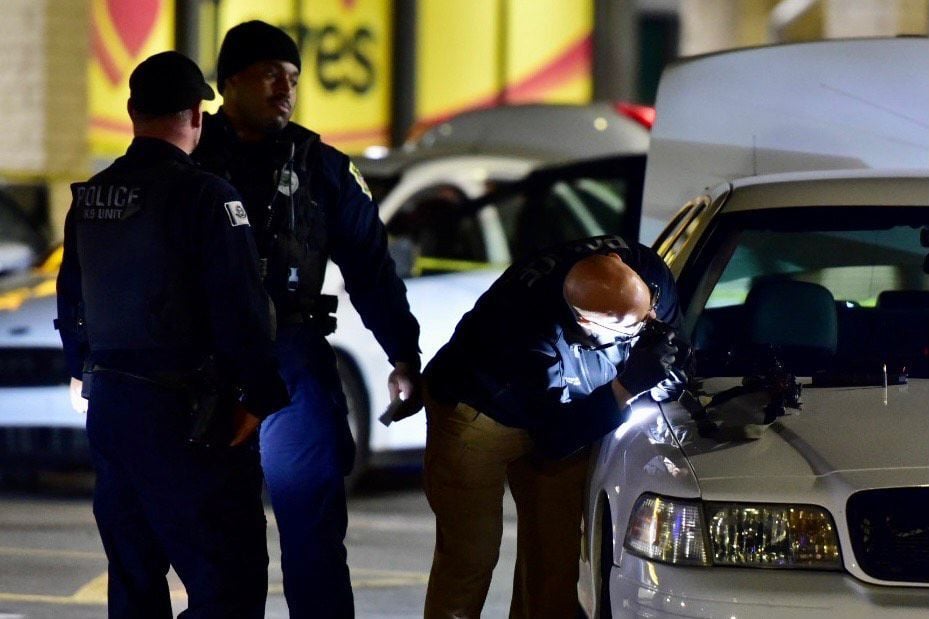 Police take photos of evidence at the scene of Love's Travel Stop at 3150 Grant St. in Gary.

GARY — A man faces several felony and misdemeanor charges after he sprayed a gas station parking lot with bullets from an AK-47 in an active shooting Tuesday night, police said.

Court documents with police and witness testimonies reveal a chaotic scene that night, where a gas station employee’s quick actions barred the man from getting inside the building filled with staff and customers. No one was injured in the shooting, police said.

Gerald Jerome Fogle Sr., 66, was charged with with six Level 6 felony counts of criminal recklessness committed with a deadly weapon and one count of criminal mischief, a Class B misdemeanor, according to Lake Superior Court records.

Gary police Lt. Thomas Pawlak secured the charges Thursday from the incident that left customers and employees at a Gary gas station shaken.

"Gary officers working that night are commended for their quick response and for steps taken to ensure no individuals were injured," Gary police Lt. Dawn Westerfield said.

At 8:30 p.m. Tuesday officers were called to an active shooter at Love's Travel Stop at 3150 Grant St.

When Gary police arrived, they found Fogle holding an AK-47 at the front door of the Denny’s restaurant, which is attached to the gas station, according to court documents.

Police ordered him to drop the weapon and put his hands on his head, to which he complied and was taken into custody. Officers searched Fogle and found a small glass pipe suspected to be a crack pipe in his clothing, police said.

While he was handcuffed at the scene, Fogle reportedly kept yelling that people were chasing him and that he fired shots in self-defense. When an officer asked who was chasing him, Fogle could not say, records state.

Fogle’s vehicle, a 2016 Ford Focus, was parked near the front doors of the gas station and was still running with its trunk open. Police noted that the passenger side tires were deflated.

A witness told police he saw the man exit the Ford Focus upon arrival, open the trunk and pull out a semi-automatic assault rifle. The man then fired the weapon three times, striking the ground as he walked around the south side of the building.

Officers found three spent shell casings near the front entrance of the gas station building near his vehicle and large holes in the asphalt, records state.

A plumber who was working on a water line at the business said he was sitting in his work van parked at the front of the building when the incident began to unfold, police said. The plumber said he took cover and called 911 after the shots rang out.

A gas station employee was cleaning by the coffee makers when he saw the vehicle pull up and heard the driver honk the horn, records state.

The employee told police he assumed the driver was waiting for someone in the building — until he saw the driver pull an AK-47 out of the trunk. Popping noises erupted from outside and he saw the man shooting the rifle.

He said Fogle was standing on the sidewalk within 15 feet of the gas station doors shooting toward the gas pump area. The employee jumped into action, locking both the gas station and Denny’s doors and calling 911, police said.

He then told customers and employees in the gas station and restaurant to move to the rear of the building to the break room. That was when he saw Fogle approach the gas station doors with his rifle in “ready position” across his chest, pulling on the handles to get inside, records state.

Fogle then went back and forth between pulling on the doors to Love’s Truck Stop and Denny’s several times. During this time, the employee told police there were a few customers by the gas pumps and two truck drivers outside the main entrance by a pillar.

Once police arrived and arrested Fogle, the employee opened the doors to let the officers inside and let customers out, records state. It was then that he saw the bullet marks in the pavement.

The employee told police that during the incident, he was afraid the he was going to be shot. He also told police that he believed “if this man had gotten into the business that he would have shot someone or all of them inside the business, referring to the customers and employees,” court records said.

Another staff member was by the sandwich bar working when the sound of gunfire rang out. She said at first she thought she heard fireworks but then saw a man holding an AK-47-style rifle. She called on her radio to alert other employees and worked with the security guard, who also called 911, to help make sure everyone was safely in the back of the building. During the incident, the woman said she thought the man “was coming into the building to kill all of them inside,” records state.

None of the witnesses or surveillance footage showed evidence of anyone following or engaging with Fogle, police reported.

When police talked to Fogle, he told them he was staying at the Days Inn Hotel in Merrillville but also had a home in the Miller Beach area of Gary.

He claimed that after he had an issue with another tenant pounding on the walls, he noticed people following him. He told police that no matter what time of day or where he went, people would follow and watch him, but never approach him, court reports state.

He said because of his fear, he obtained an Indiana gun permit and purchased an AK-47 in Calumet Township. That night, Fogle told police that people chased him from the highway, causing him to hit a curb and flatten two of his tires, records state.

He said he pulled up to the gas station and honked for help, claiming that several of the vehicles following him were surrounding him, according to court records. He then pulled out his firearm from the trunk “to show them he meant business.”

Fogle next said he fired shots three times to “warn them.” He said he noticed the customers at the gas pumps and two truckers by the entrance, but he wasn’t trying to shoot them. When an officer asked if he tried going into the building with the gun, he said he did, but the doors were locked, police reported.

While he was being driven to the Gary Police Department, Fogle claimed that the same people were following them again and trying to “box them in.”

During a conversation with the officer, Fogle allegedly said he suffered from PTSD, anxiety, depression and has schizophrenia, for which he was seeing a psychiatrist at a Veterans Affairs clinic.

He also said he was supposed to be on medication but had not taken it in months and he was released a month ago from a Region mental health facility where he had stayed in the psychiatric ward for nine days, according to court records.

The AK-47 was collected as evidence, and he was taken into police custody where he currently remains.

Several investigators with the Gary Police Department were assessing damages and collecting evidence at the gas station Tuesday night. Love's Travel Stop, where the shooting occurred, was open following the incident, and the company did not respond to Times' inquiries for comment.

Gerald J. Fogle Sr., 66, is accused of pulling up about 8:30 p.m. March 30 outside a Gary truck stop, removing a semi-automatic rifle from the trunk of a car and firing it three times at the ground near gas pumps.

A man reportedly pulled up in a vehicle and open fired in the parking lot of a Gary gas station.

Gary police worked to collect evidence at the scene of the shooting.

Police take photos of evidence at the scene of Love's Travel Stop at 3150 Grant St. in Gary. 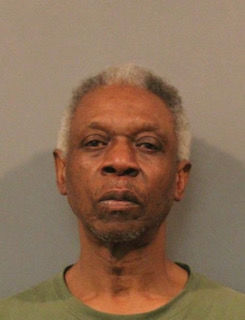