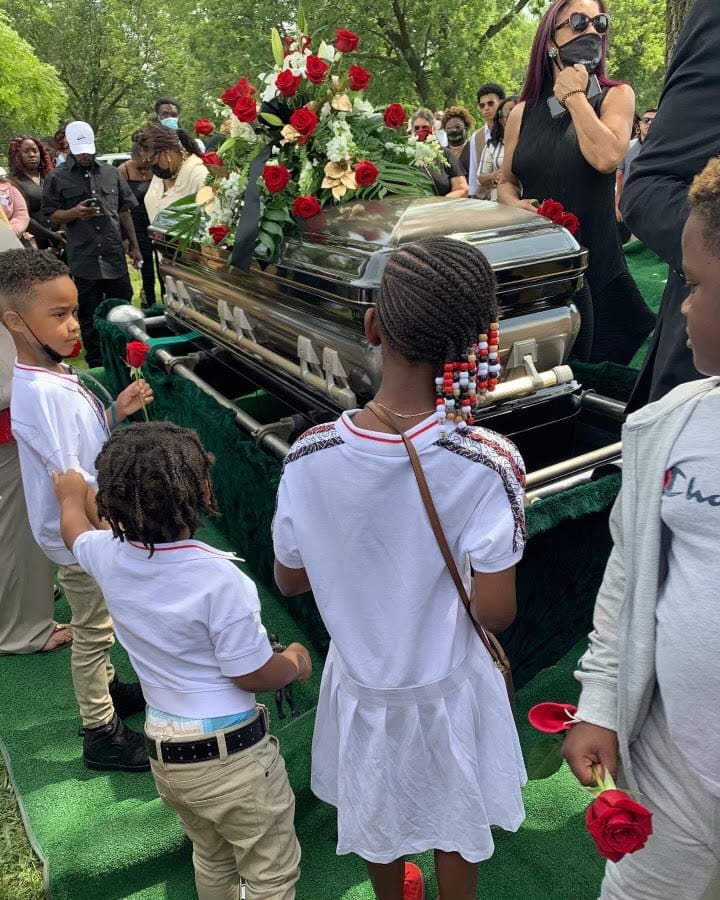 Loved ones gather around Jalen Hunter's casket during his funeral.

Jalen Hunter is shown in this photo provided by his mother. 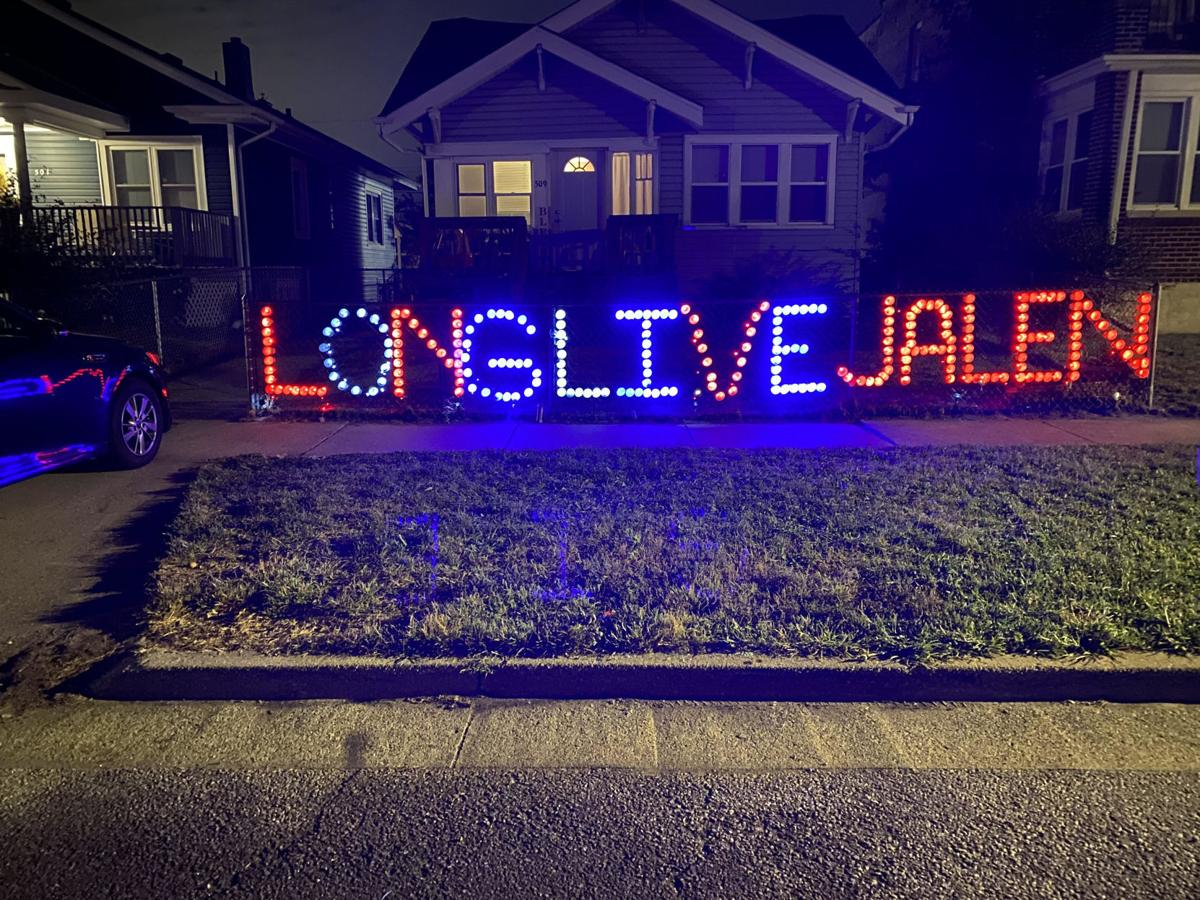 Jalen Hunter's family created a light up memorial where he was killed in late August. 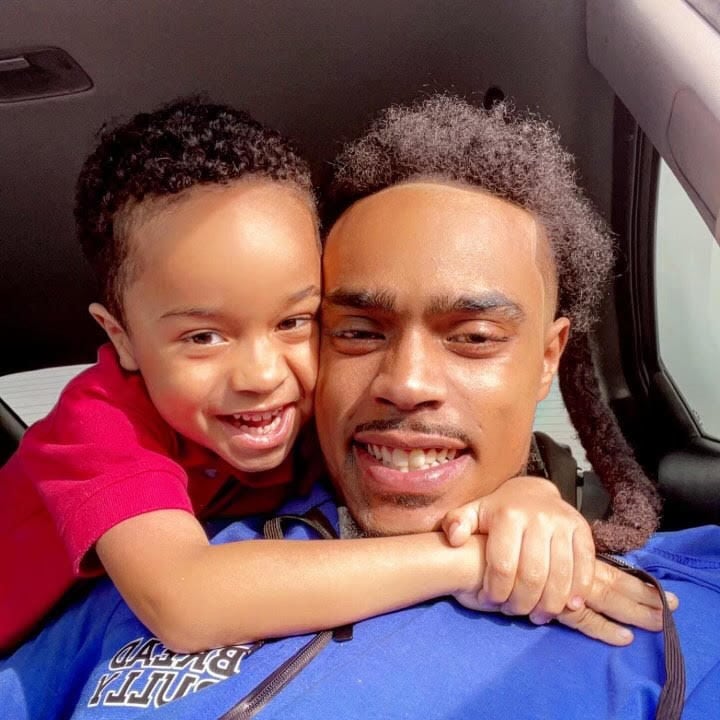 Jalen Hunter takes a photo with his oldest son. 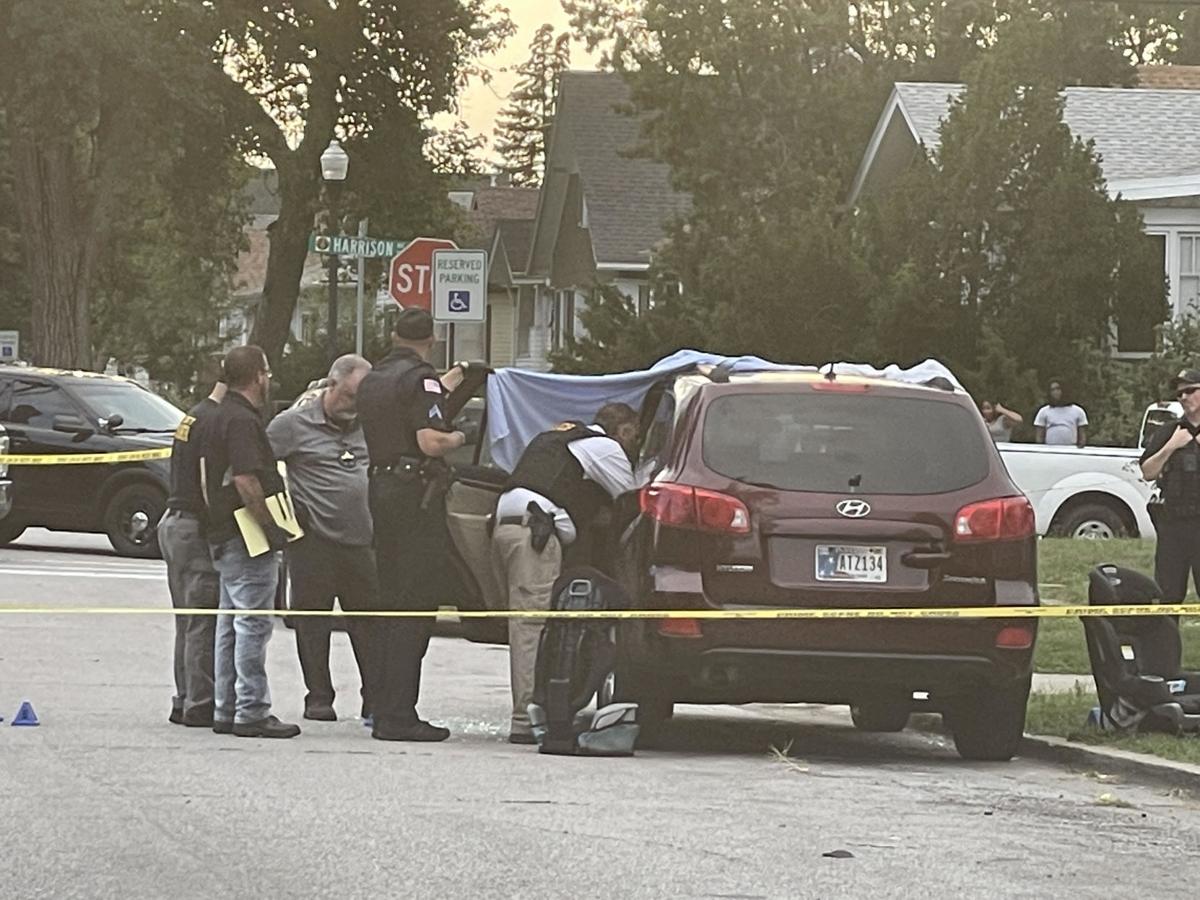 Police investigate the vehicle the victim was shot in the 500 block of Lewis Street.

HAMMOND — The mother of a shooting victim said she is not going to rest until the person responsible for her son's death is brought to justice.

Jalen Hunter, 26, of Jacksonville, Florida, was fatally shot in late August while he was staying in Northwest Indiana to attend his cousin's funeral and visit with family, his mother said.

Since then, Vanessa Lopez, of Jacksonville Florida, and relatives have been posting fliers with Hunter's photo, searching for any clues that could lead to her son's killer.

"I can't do nothing. Somebody has to know something," Lopez said. "He had a 6-year-old and a 2-year-old son. It's hard to explain why their dad isn't coming home, while they're holding a cardboard image of my son."

Hunter was found dead from gunshot wounds inside a vehicle at 5 p.m. Aug. 24 in the 500 block of Lewis Street, said Hammond Police Department Lt. Steve Kellogg.

Lopez said Hunter decided to stay a few extra days after the funeral to be there for his other cousin and her two young children. He was in a vehicle about to go to the store to pick up groceries for them when he was shot.

"He was killed in broad daylight," Lopez said. "He was in the car about to go to the store and someone walked up and killed him. We don't know why or who would have wanted to do that to him. Ever since we have been trying to get answers. We've been passing out fliers, anything to find information. The detectives said they have no clues as to why anyone would do this to him."

Kellogg said Hunter's death remains under investigation and the search for a suspect continues.

Since then, the scene once flanked by squad cars and crime tape has turned into a memorial for Hunter, created by his family. Large light-up letters can be seen shining from the yard reading, "Long live Jalen."

The family is hosting a benefit dinner and memorial for Hunter at 7 p.m. on Oct. 29 in the Knights of Columbus located at 1400 South Broad St. Lopez said the family hopes to raise $10,000 to offer a reward for information leading to the suspect's arrest. Tickets are $25 each and include a raffle entry with each purchase and there will be a cash bar at the event.

"It's been heart-wrenching," Lopez said. "Like there's a hole in my heart. It hurts. My son didn't deserve that. He wasn't a violent person and he didn't have a record or anything. It's killing me knowing whoever did this is walking free, and I have to explain to my grandkids that dad won't be coming home."

Lopez said Hunter leaves behind a large family and community that is working to cope through the loss. She and Hunter used to live in Northwest Indiana but moved to Florida about 10 years ago.

She said Hunter worked at Naval Station Mayport in Jacksonville, Florida, painting Navy ships. From doting over his sons to keeping a close eye on his sister, Lopez said family was everything to Hunter.

"Jalen was a comedian, everybody would laugh when they were with him," Lopez said. "Most of all, he was a dedicated and devoted father. He was loved by everyone and he never met a stranger. He was also devoted as a brother and a loving son. With Jalen, if he loved someone, he loved them with his whole heart. He was a protector. Everyone who knew him loved him."

Anyone with information about the homicide is urged to call Hammond Detective Sergeant Joe Munoz at 219-852-2995.

Loved ones gather around Jalen Hunter's casket during his funeral.

Jalen Hunter is shown in this photo provided by his mother.

Jalen Hunter's family created a light up memorial where he was killed in late August.

Jalen Hunter takes a photo with his oldest son.

Police investigate the vehicle the victim was shot in the 500 block of Lewis Street.