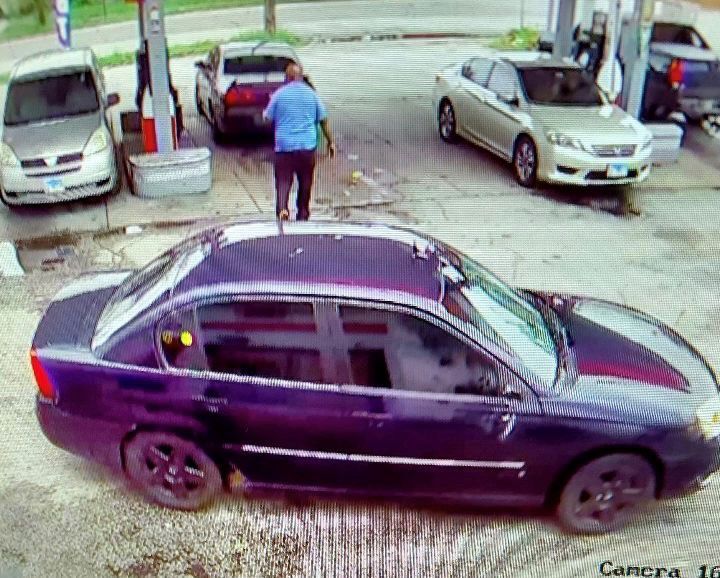 On Thursday the Lake County Sheriff's Metro Homicide Unit released images in hopes of residents being able to identify the suspect, who fatally shot a woman on Monday. 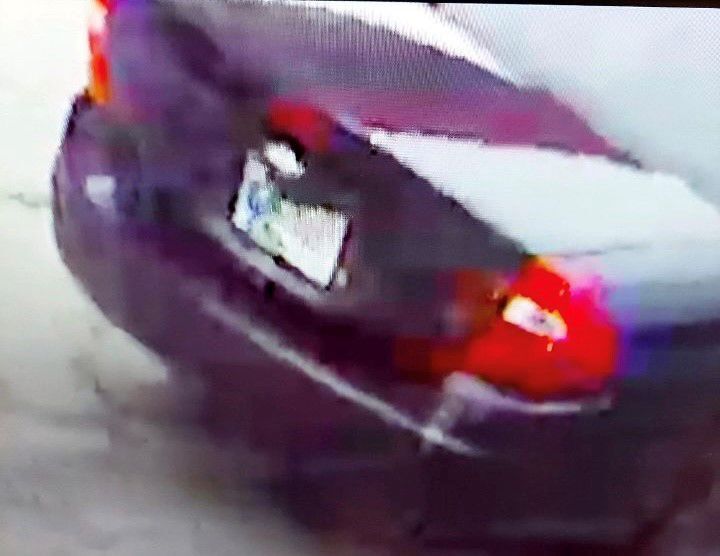 Police noted a rust spot on in front of the rear wheel on the car's passenger side. There is also yellow sticker on the rear passenger window. 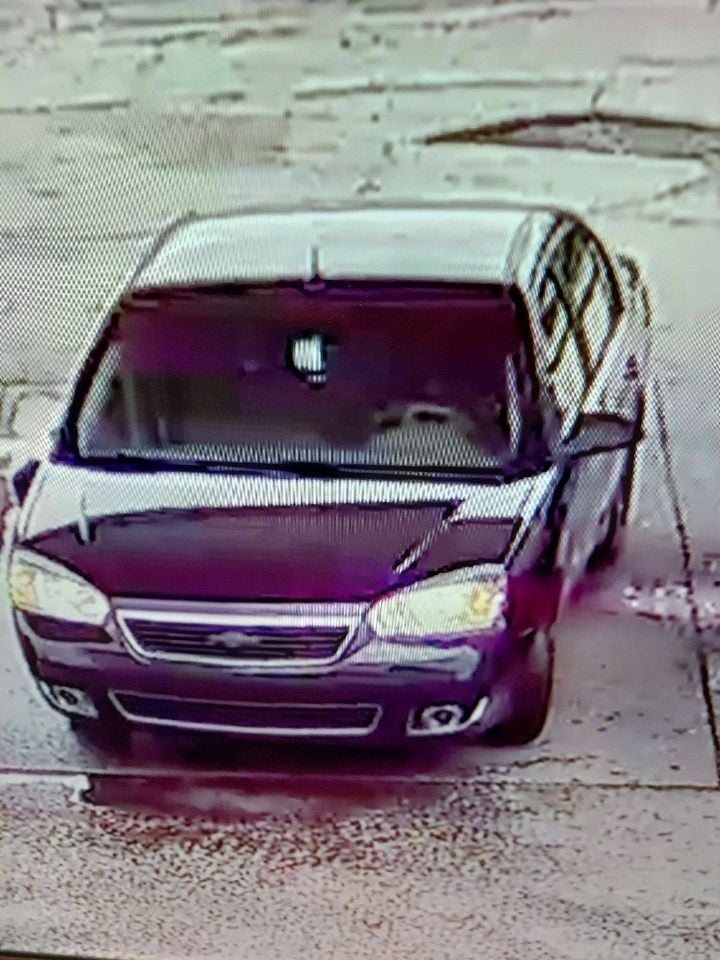 The suspect’s vehicle is described as a blue Chevy Malibu with a broken passenger side mirror and black rims.

GARY — Police released surveillance images in an effort to identify the man who shot a 21-year-old woman to death Monday as she sat in the passenger seat of a car outside a Gary gas station.

Jaelynn Williams, of Gary, and her boyfriend were stopped at the Citgo station at West 15th Avenue and Chase Street when a man driving a blue Chevrolet Malibu confronted Williams' boyfriend about why the boyfriend was looking at the Malibu, Gary police Cmdr. Jack Hamady said.

As the boyfriend got back into his car about 12:45 p.m., shots were fired from the Malibu, police said.

Williams, who was waiting in the car, was shot in the head, Hamady said.

She was taken to Methodist Hospitals Northlake Campus, where she was pronounced dead, according to the Lake County coroner's office.

The Lake County/Gary Metro Homicide Unit released surveillance photos of the Malibu, which has black rims, a yellow sticker on the rear passenger window, a broken passenger side mirror and a rust spot in front of the rear wheel on the passenger side.

The driver of the Malibu was described as a black man with dreadlocks, Hamady said.

Anyone with information about the Malibu or its driver is asked to call Detective Sgt. William Poe at 219-755-3855.

Williams was among two people killed and eight wounded in a rash of gun violence between April 27 and Monday, police said.

Her death marked the 13th homicide so far this year, compared with 18 homicides at the same time last year, Hamady said Thursday.

Police have recorded 54 gunshot wound victims so far this year, compared with 51 at the same time last year, he said.

About 8 p.m. April 27, police were dispatched to the 2000 block of Williams Street for a report of a gunshot wound victim, Hamady said.

A 21-year-old Gary man with multiple gunshot wounds told officers he drove to Williams Street after he was shot near 21st Avenue and Whitcomb Street, but police did not find a crime scene there.

While police were taking with the 21-year-old, officers were called to Methodist Hospitals Northlake for another gunshot victim, Hamady said.

That person, a 29-year-old Gary man, told police he was walking in the 2000 block of Wright Street when saw a group of people in a car shooting at another group. The man suffered gunshot wounds to his legs and got a ride to the hospital, police said.

About 12:50 p.m. April 28, a 24-year-old Gary man was shot multiple times while attempting to intervene in a fight among several other people in the 4000 block of Kentucky Street, police said.

The man was taken to a hospital for treatment. Witnesses told police the shooter fled north in a maroon Pontiac Grand Prix, Hamady said.

Anyone with information about the Kentucky Street shooting is asked to call Detective Sgt. William Fazekas at 219-881-1210.

A 24-year-old Gary woman treated Friday night at the hospital for a gunshot wound to her leg told officers she was walking in the 500 block of Clark Road when someone in a black sedan began shooting, police said.

Police responded about 10:25 p.m. to the park in the 1700 block of Ellsworth Place for a report of a large group of people fighting, Hamady said.

Officers arrived and located the first gunshot victim, an 18-year-old Gary man who suffered life-threatening wounds. Hamady did not have updated information Thursday about the man's condition.

While police were securing the scene, they were called to Methodist Hospitals Northlake for two more gunshot victims.

Demetrius Reese, 40, of Gary, was fatally shot and a 37-year-old Gary man was wounded about 12:45 a.m. Sunday outside the Empire nightclub, formerly the Zanzibar Lounge, in the 5600 block of West Fifth Avenue, police said.

Witnesses told police Reese went outside to smoke, and someone began chasing him while firing shots. Reese was found lying on the ground when police arrived and transported to the University of Chicago Medical Center, where he was pronounced dead.

Gary police opened a death investigation after Cordell Franklin, 26, who had addresses in Gary and Chicago Heights, fell from a third-story window about 8:35 p.m. Sunday at The Willows apartment complex, Hamady said.

Gary police were dispatched to the area of Fifth Avenue and Clark Road for a possible gunshot victim, but learned upon arrival that no one had been shot, Hamady said.

A witness told police Franklin fought with a woman inside an apartment, pulled a gun, mistakenly believed he shot her and asked a neighbor for help. At some point, Franklin hit a window with the gun and fell out, Hamady said.

Franklin got up after the fall and walked toward a gas station, but collapsed in the street, police said. He was taken to Methodist Northlake, where he was pronounced dead.

Because of Franklin's behavior, police suspect he might have been high on illegal drugs. Franklin's cause and manner of death were pending further investigation, a coroner's release said.

2 shot during robberies over the weekend, police say

Two people were shot over the weekend in separate, unrelated robberies, police said.

On Thursday the Lake County Sheriff's Metro Homicide Unit released images in hopes of residents being able to identify the suspect, who fatally shot a woman on Monday.

Police noted a rust spot on in front of the rear wheel on the car's passenger side. There is also yellow sticker on the rear passenger window.

The suspect’s vehicle is described as a blue Chevy Malibu with a broken passenger side mirror and black rims.